The Old Town of Ghadames is known as the ?pearl of the desert?, is an oasis town in the Nalut District of the Tripolitania region in southwestern Libya. It is one of the oldest Pre-Saharan cities and an outstanding example of a traditional settlement. The town has a population of around 10,000, mainly Berbers, who live in tightly clustered traditional mud-brick-and-palm houses, packed together like a honeycomb. The houses have a typical vertical architecture – the ground floor is used to store supplies, then another floor for the family, and at the top, open-air terraces are reserved for the women. Rooftop walkways allow women to move freely, concealed from men?s view. Overhanging structures cover the alleys between houses creating an almost underground network of passageways. 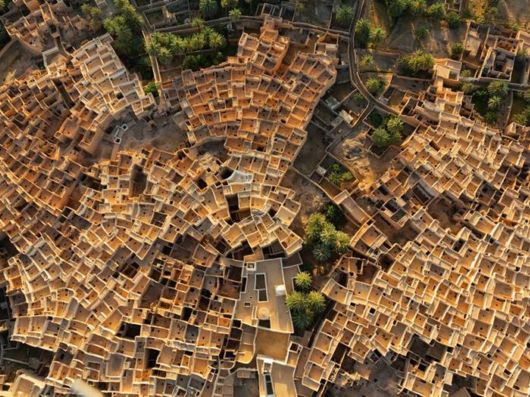 Ghademes is an old town. The first records about Ghadames date from the Roman period, when the settlement was known as Cydamus, a fortified city dating back to the 1st century BC. Today it is a small oasis city situated next to a palm grove. None of the surviving buildings date from the protohistoric Berber period, or the period of Roman domination, yet a remarkable domestic architectural style distinguishes Ghadamès from other pre-Saharan cities and settlements stretching along the northern edge of the desert from Libya to Mauritania. Roughly circular in layout, the historic city of Ghadamès comprises a cluster of houses. The reinforced outer walls of the houses on the edge of the city form a fortified wall. This rudimentary urban enclosure is penetrated here and there by doors and bastions.

The houses have a minimum of two main floors. The ground floor, which may be sunken, is accessed by a single door that opens onto a narrow hallway leading to a rectangular-shaped room where provisions are stored. At the back there is a staircase that leads to a much more spacious upper level. The first floor generally includes a raised attic and bedrooms, and sometimes a sitting-room. Sometimes there is a second floor with a similar layout. Ground-level living space encroaches upon the blind enclosed passageways along the walls on the ground floor which open onto the city, forming arcades rather than actual streets. At the level of the terraces only the projecting portion formed by the raised attic rises above the roof, marked off by low enclosure walls.

The terraces of adjacent houses are joined with each other forming an open cityscape. The terrace is the domain of women, and gives them a great deal of freedom. Communicating between terraces they make friends with neighbours and can even move about the ‘roof’ of the city. The covered arcades at ground level are generally reserved for men. The old part of the town was declared a UNESCO World Heritage site in 1986 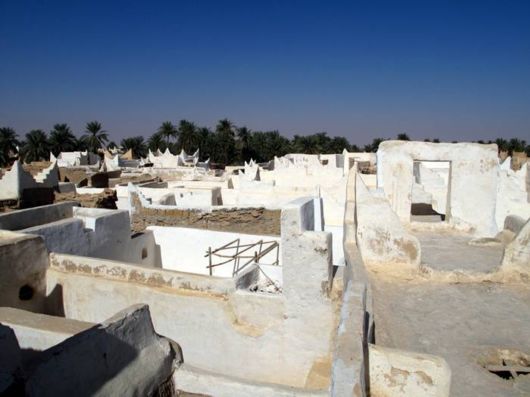 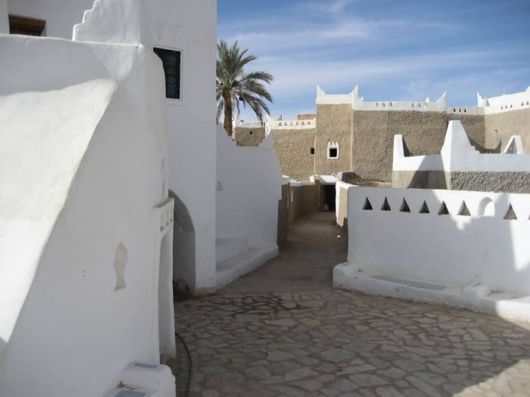 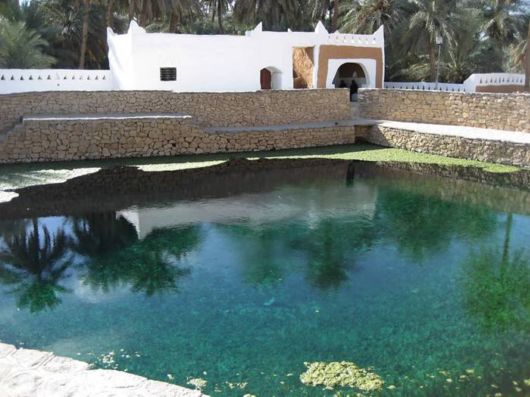 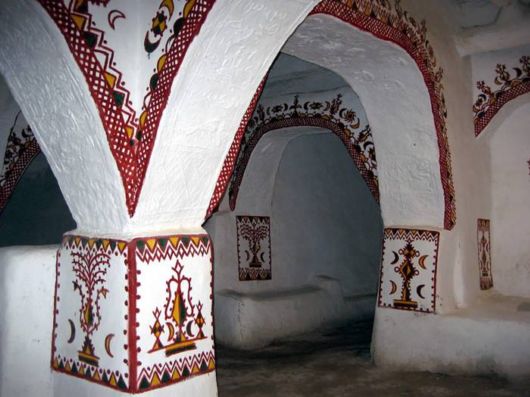 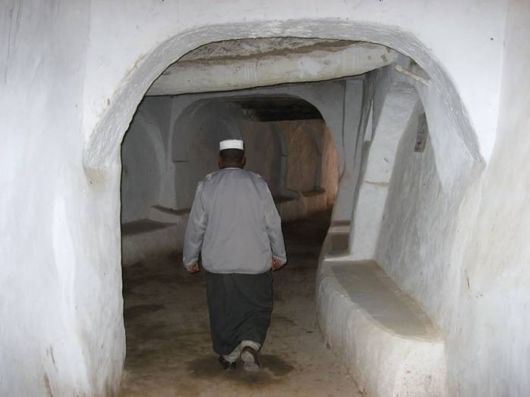 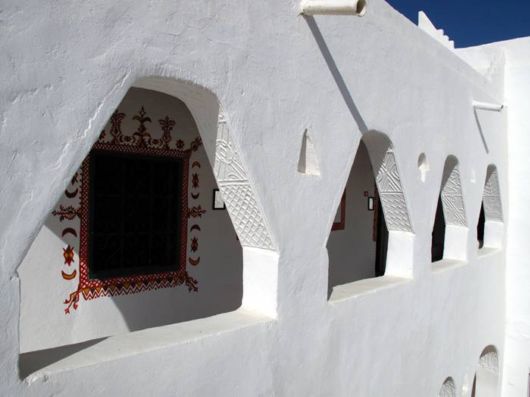 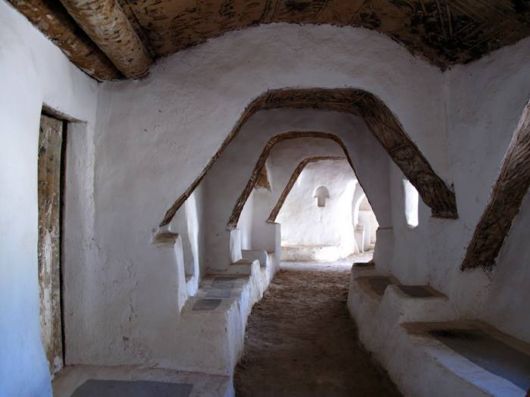 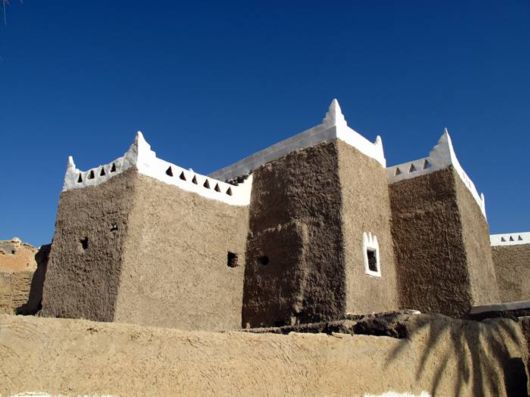 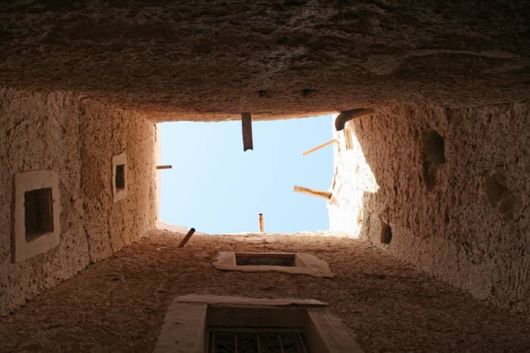 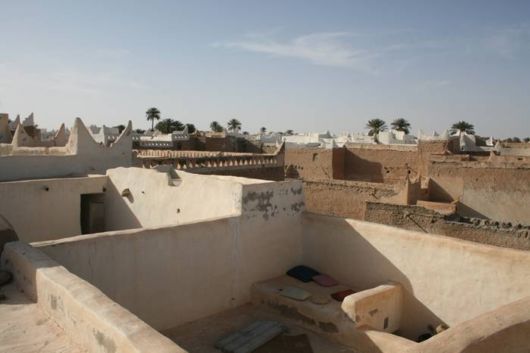 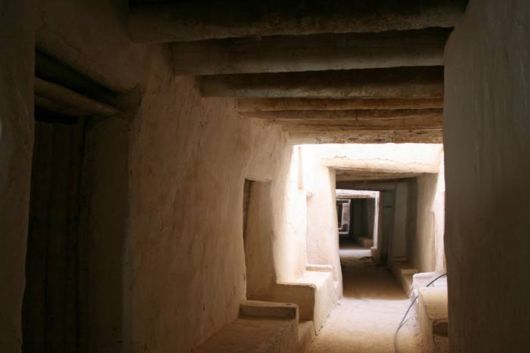 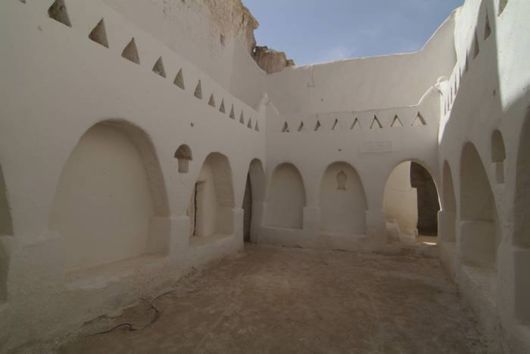