The most desolate city on Earth: Take a tour of the ghostly Battleship Island crumbling into the sea off the coast of Japan

Deserted, decaying and crumbling into the sea. Visitors to this abandoned settlement could be forgiven for thinking they had entered a long-forgotten war zone.

However, this is Gunkanjima – Japan’s rotting metropolis. And it has been described as the most desolate place on Earth.

Gunkanjima is a deserted island of concrete that is slowly crumbling away on Japan’s west coast.

Meaning ‘Battleship Island’ in English, Gunkanjima’s real name is Hashima and it is one of 505 uninhabited islands in the Nagasaki Prefecture, about 15 kilometres from Nagasaki itself. It earned its nickname due to its resemblance to a military warship.

Japan’s rotting metropolis: The ruined architecture of Gunkanjima is every urban explorer’s dream 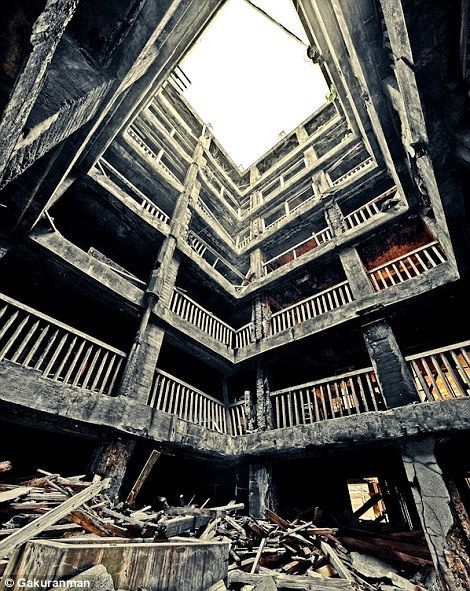 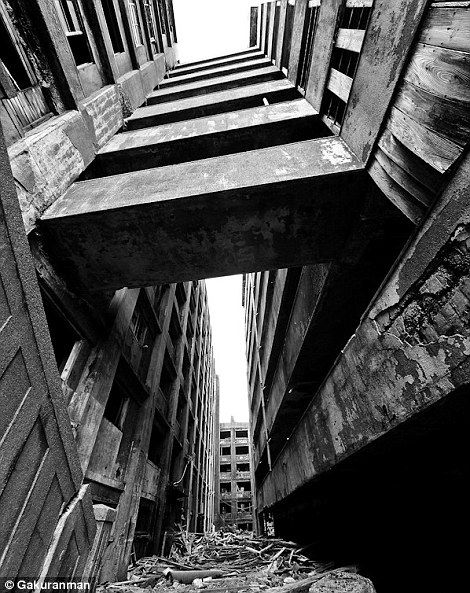 The 15-acre island was populated between 1887 and 1974, reaching its peak in 1959 with 5,259 inhabitants. However, as petroleum replaced coal during the 1960s, Japan’s mines were hit by closures which eventually reached Gunkanjima 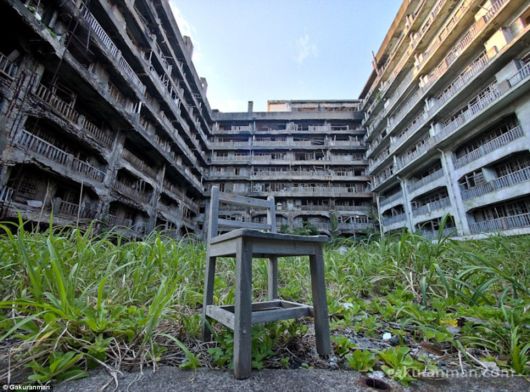 Abandoned: Travellers have long been forbidden on the island, but the deserted ruins are proving quite a draw for urban explorers

Despite being off-limits to travellers, the island has become an irresistible magnet for urban explorers who go to extraordinary lengths to investigate and photograph the island’s abandoned buildings.

Gunkanjima was once just a small reef but, following the discovery of coal in 1810, was turned into mining facility during the industrialisation of Japan. It gave rise to its own population of workers and inhabitants who were all densely-packed into a self-contained metropolis.

The 15-acre island was populated between 1887 and 1974, reaching its peak in 1959 with 5,259 inhabitants. However, as petroleum replaced coal during the 1960s, Japan’s mines were hit by closures which eventually reached Gunkanjima.

Within a matter of days of the mines closing in 1974, the workers and their families deserted the island, leaving their possessions, which still lay where they were left.

After 35 years of closure, the landing ban was lifted on Gunkanjima in 2009, meaning it was no longer illegal for boats to dock at the island. However, it still remains illegal to venture inside the city’s walls, meaning urban explorers must go to great lengths to covertly trespass the island.

‘Battleship Island’: Hashima was given its nickname because it has an uncanny resemblance to a military warship 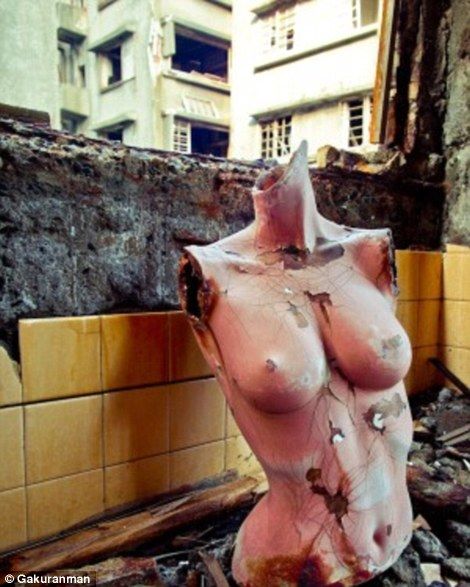 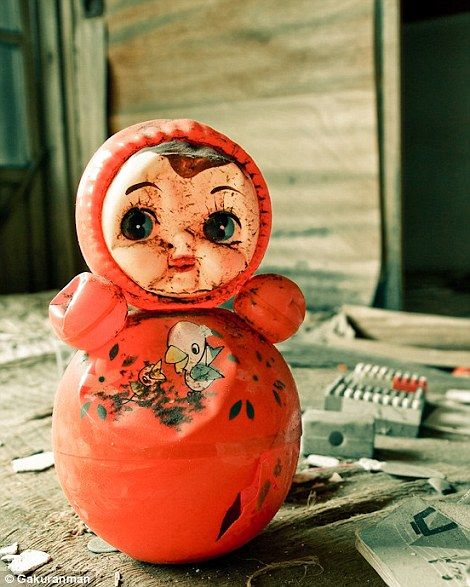 Erosion: Some of the items found in the grounds of the abandoned mining facility. The island was deserted in 1974 when the coal mine closed 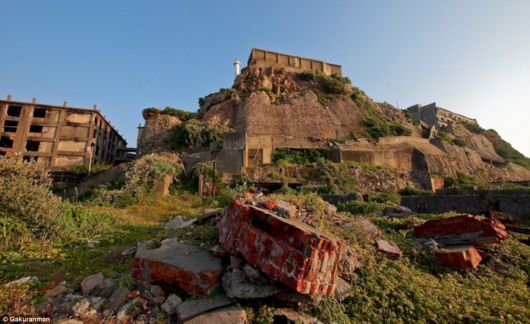 Desolate: While it is no longer illegal to set foot on the island – as long as it’s part of a designated tour – it is still against the law for people to explore inside 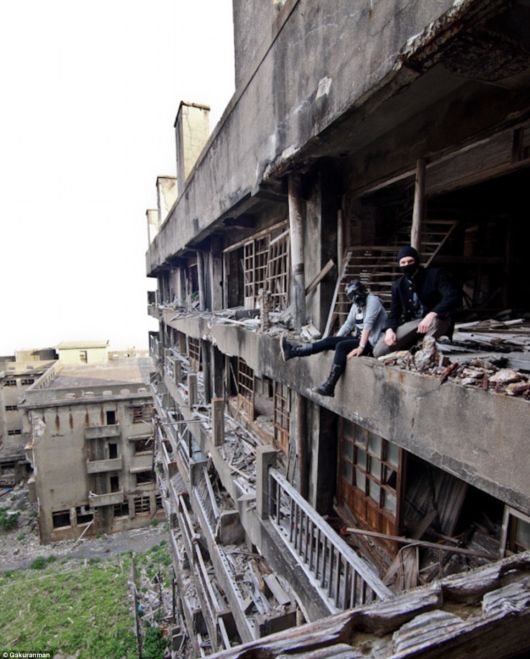 Self-contained metropolis: The island was installed with mining facilities with the discovery of coal in 1810, spawning its own densely-packed population 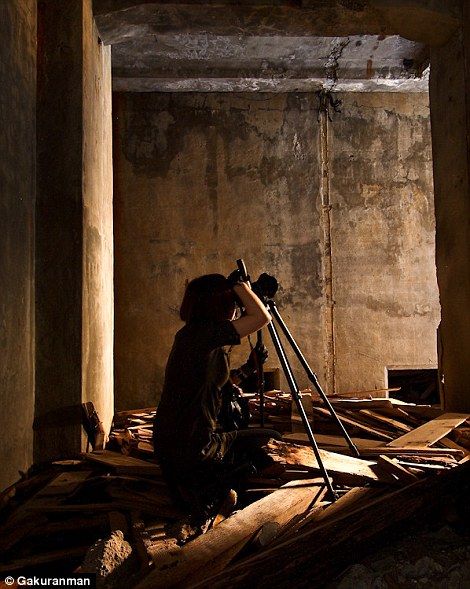 Exploration: Photographs of the decaying site are taken on illicit trespassing
expeditions 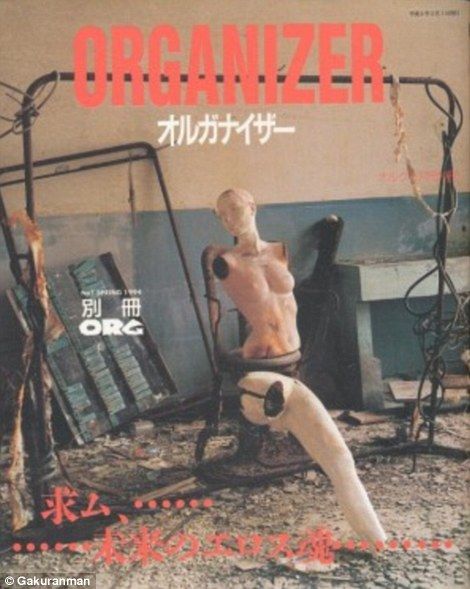 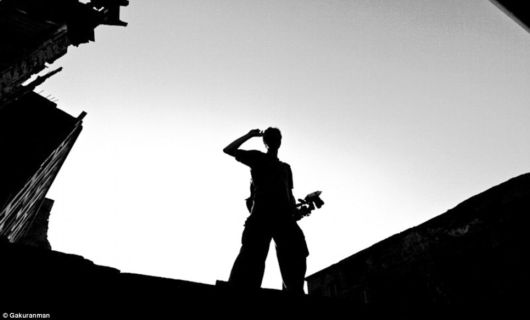 Trespassers: Urban explorers who venture on to Battleship Island do so illegally. They take steps to limit their visibility and always disguise themselves in any photographs