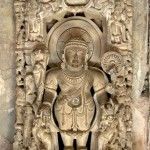 Described by Mughal Emperor Babur as, ?The pearl amongst fortresses in India?, this imposing fort is hard to miss as it can be seen from every nook and corner of Gwalior. Built on an isolated hill of sandstone 100 m above the city, the Fort spreads out over an area of 3 km and is considered as North and Central India?s most impregnable fortress.

The Fort itself was built in two parts, at different times. The first part, the main Fort was built during the Tomar rule, in the 8th century. The Gurjari Mahal and the Man Mandir Palace was later constructed by Raja Man Singh Tomar in the 15th century for his favorite queen, Mrignayani. 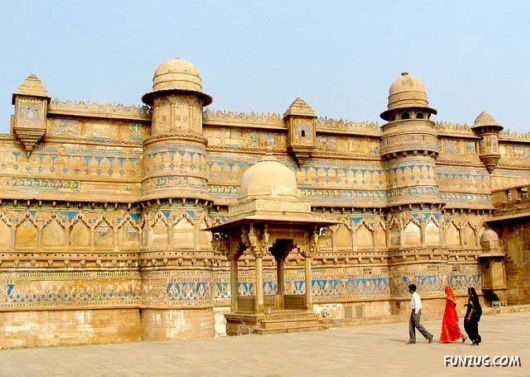 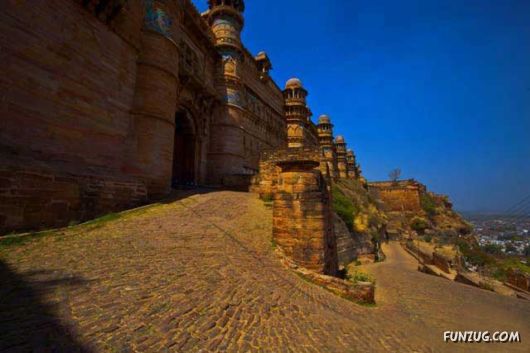 In the 500 years since then, the Fort has seen many ups and downs in history. It has also changed hands many times and has been held by the Tomars, Mughals, Marathas and the British, who finally handed it over to the Scindias. The fort has quite a gory history. There?s the Jauhar Kund, which marks the spot where the women of the harem burnt themselves to death after the defeat of the King of Gwalior in 1232. The Mughal emperor Aurangzed imprisoned and later murdered his brother Murad in the striking Man Mandir Palace. 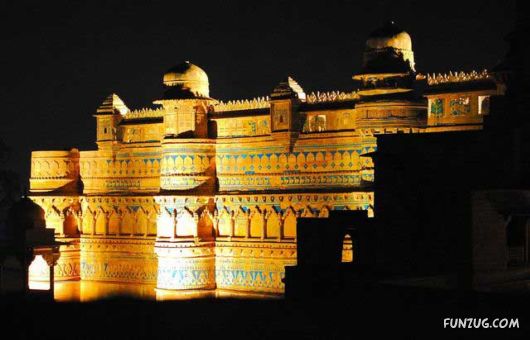 Surrounded by concrete walls of sandstone, the Gwalior Fort encloses three temples, 6 palaces and several water tanks. Easily the most beautiful place in the Fort is the Man Mandir Palace. It is an amazingly elaborate structure that seems to hang on at the edge of the fort. Blue ceramic tiles form the façade of this palace. It is also host of the spectacular sound and light show which is held there every evening. It is so well executed that you will feel as if you?re a part of the rich history of the fort and the love story of Raja Man Singh and his Queen Mrignayani. 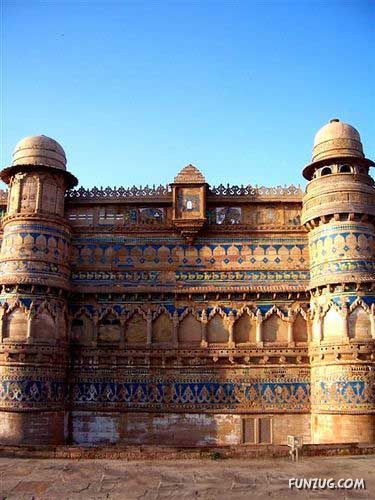 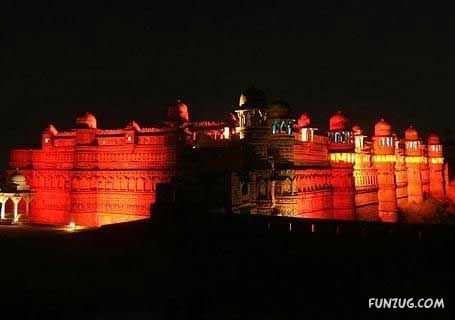 The Fort also contains many other marvels of medieval architecture. The Gujar Mahal is one such structure whose outer covering has survived the many battles the Fort has encountered. The inside of the Mahal has been transformed into an archaeological museum which houses an impressive collection of exhibits, some of which date back as far as 1st century AD. 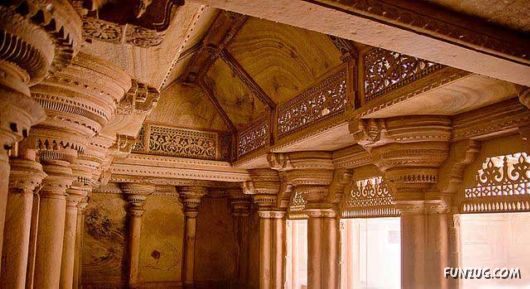 Out of the three temples, the Teli-Ka-Mandir is the most prominent. It is a 9th century Dravidian style shrine rising to a height of over 100 ft. It is famous for its blend of South Indian architecture with North Indian decorative motifs and is notable for its liberally sculpted exterior. The Saas-Bahu temples can be found on the eastern side of the fort. They are dedicated to Lord Vishnu and are larger-than-life examples of 11th century temple architecture. 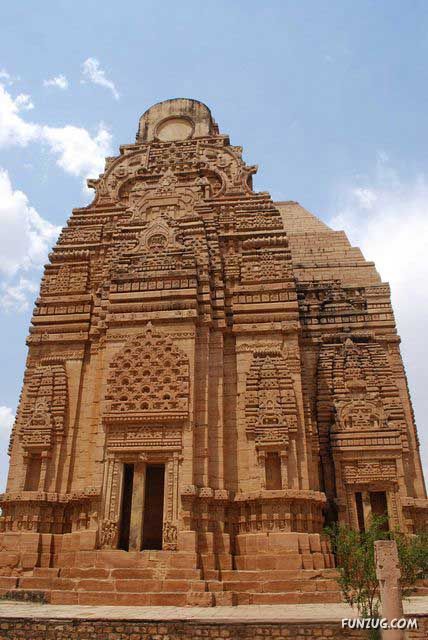 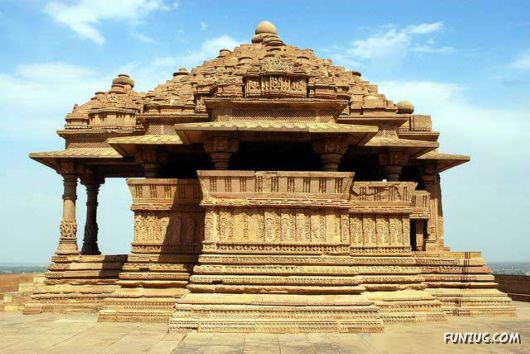 The Karan Palace, the Jahangir Mahal and the Shah Jahan Mahal are also all palaces what are definitely worth seeing. 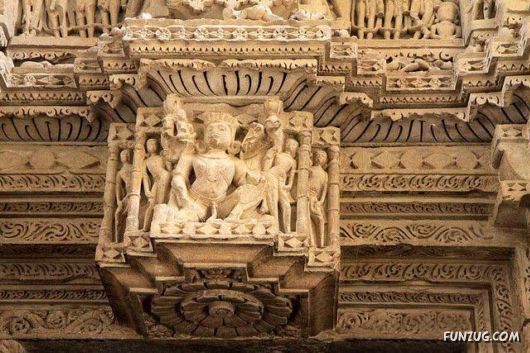 The fort also has a special place in the field of human civilization as it was the place which has the first ever recorded use of 0. 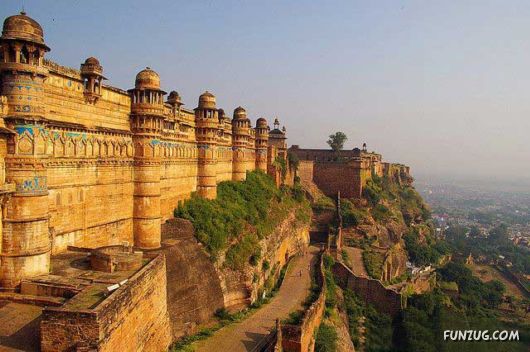 A visit to Gwalior is incomplete with a visit to Gwalior Fort, one of the best heritages of our country and the most prominent structure in the Gwalior skyline. The best time to visit Gwalior fort is between October to March.