The Wieliczka salt mine can be found 135 meters (443 feet) below the surface of South Poland. This site made the UNESCO world heritage list as far back as 1978, as well as proclaimed a historical monument by the president of Poland in 1994.

The mine was built during the 13th century, and was used to produce table salt from that time until 2007, which means it was operational for almost 800 years! 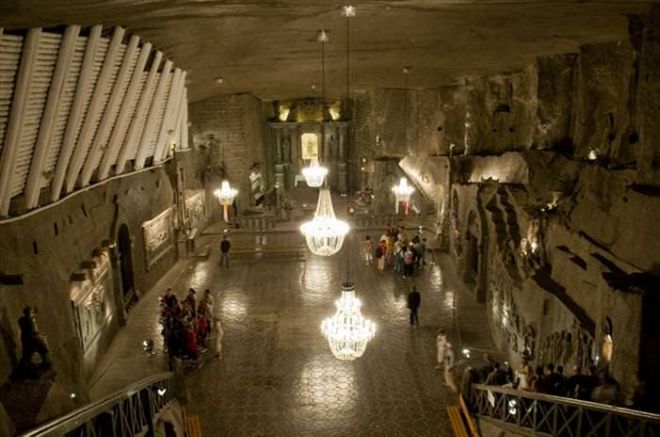 Today the mine is a bustling museum, which features dozens of statues, three chaples and a cathedral, all carved out of the rock salt by the workers of the mine. 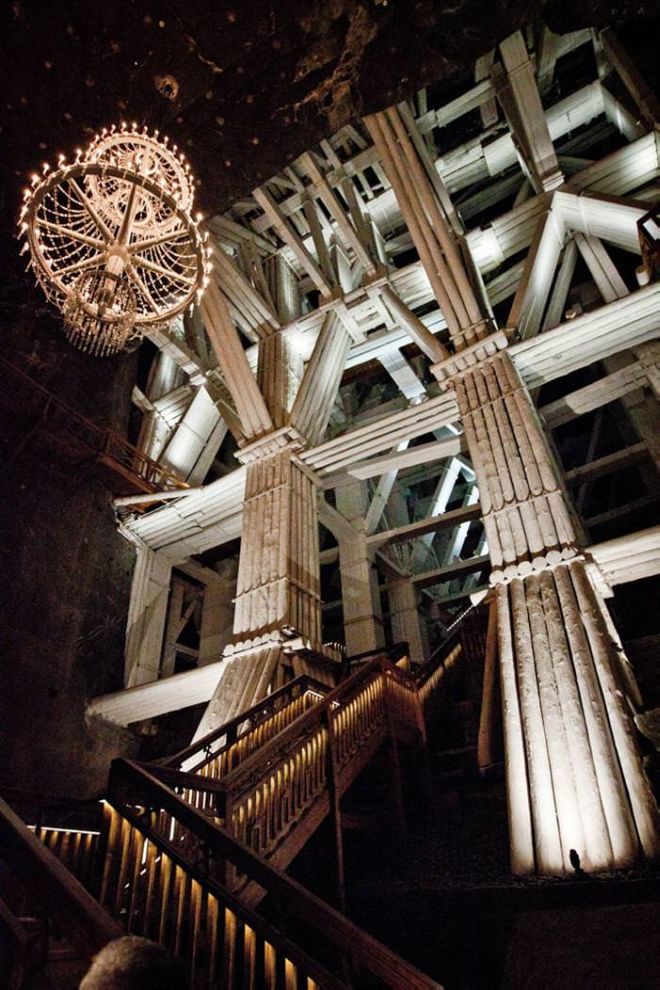 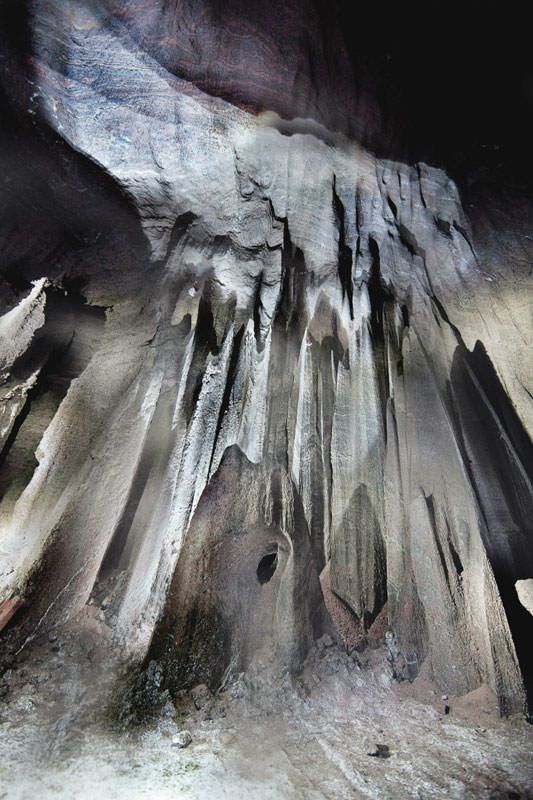 This salt deposit was formed almost 14 million years ago, according to geologists, and took about 20,000 years to form. 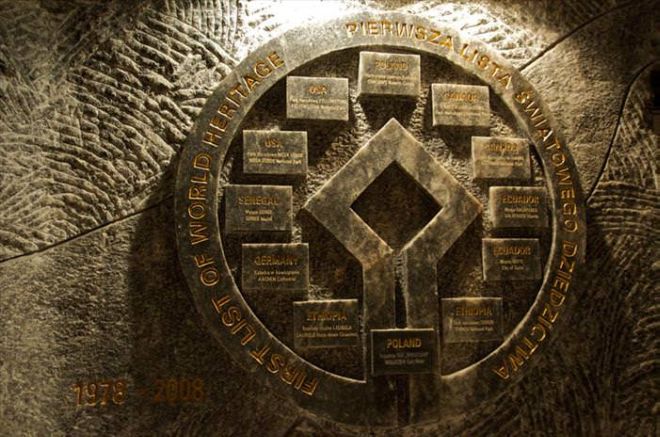 The oldest statues have been enhanced with modern carvings by contemporary artists. 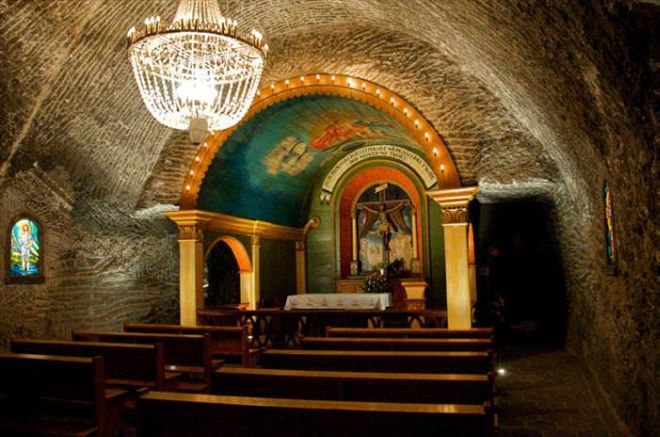 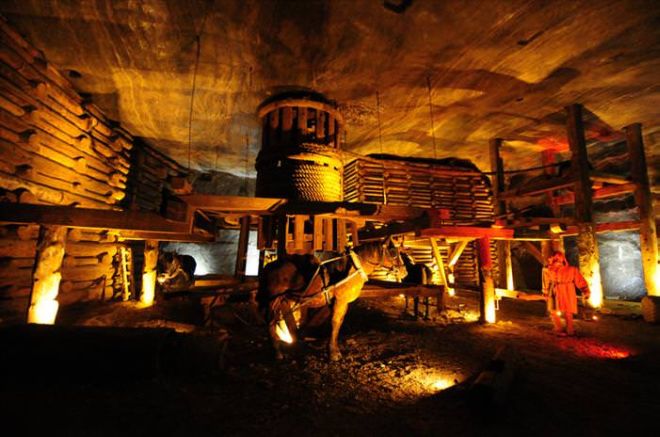 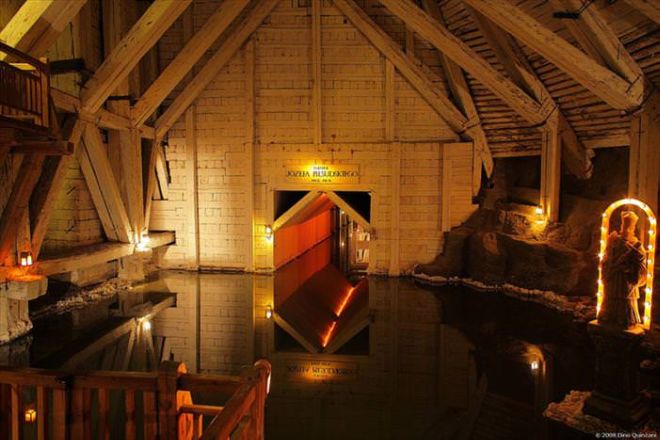 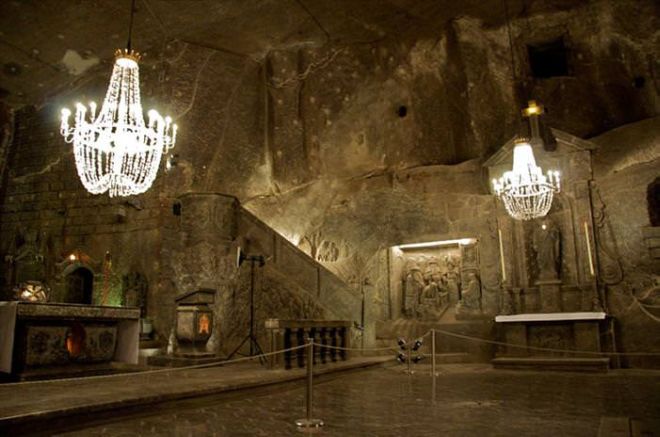 During WW2, the germans used this mine for all kinds of war-related industries. 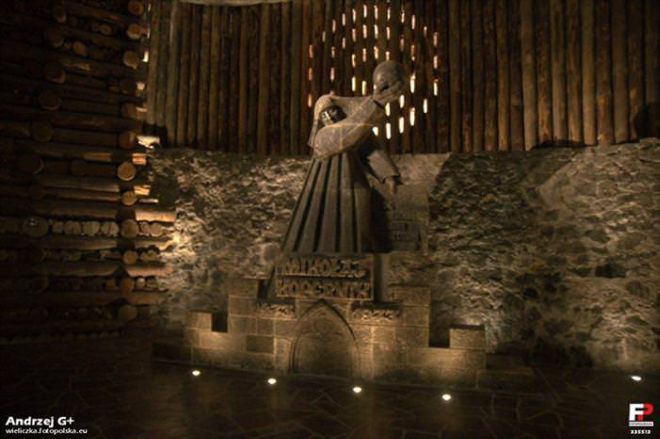