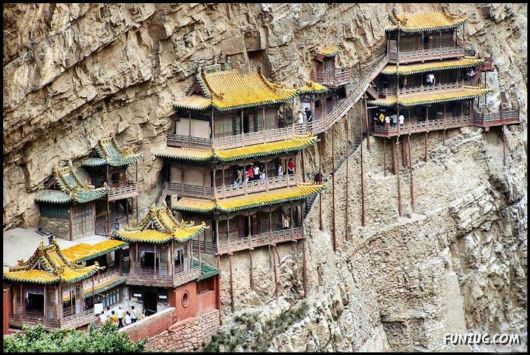 Datong the city has little to offer but nearby are the very unusual ‘hanging’ monastery and the Yungang caves. The Hanging Temple is quite unique architecturally and is over 1400 years old. It is built into the side of a mountain. For support cross-beams were built into the side of the mountain while the back of the mountain provides additional support. There were two principal reasons for building a temple in such an odd location; the mountain provided relief from rain, snow and other natural hazards. The other reason is the Taoist principle of no noise. At that height and isolation they needn’t worry about that! In the temple itself there are relics that reference to the three main religions of China: Buddhism, Taoism and Confucianism, which is also a unique attribute of this monastery. The Hanging Temple, located about 60 km southwest of Datong, China in Shanxi province, is one of the world’s forgotten wonders. Clinging to a crag of Hengshan mountain, in apparent defiance of gravity, it consists of 40 rooms linked by a dizzying maze of passageways. The temple is said to have been built by a monk named Liao Ran, during the late Northern Wei Dynasty (386-534 AD) and restored in 1900. The temple was constructed by drilling holes into the cliff side into which the poles that hold up the temples are set. Interestingly the temple is dedicated to not just one religion, but three, with Confucianism, Taoism and Buddhism all worshiped within the temple and represented in 78 statues and carvings throughout the temple. 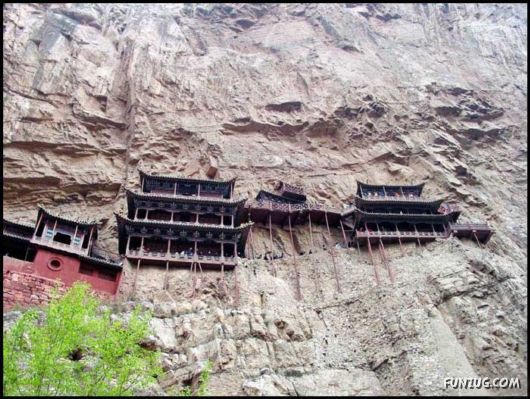 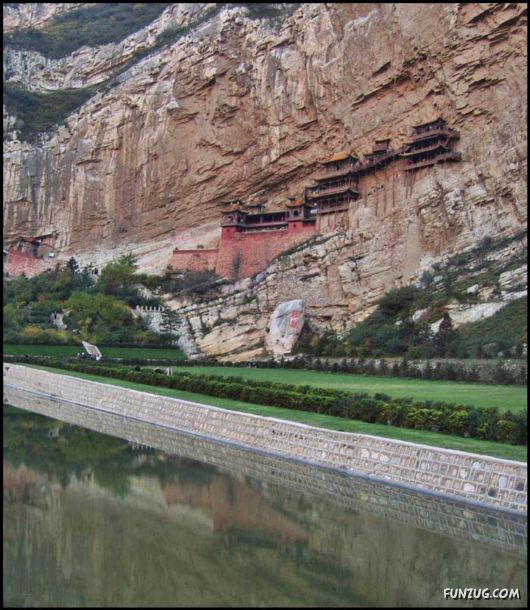 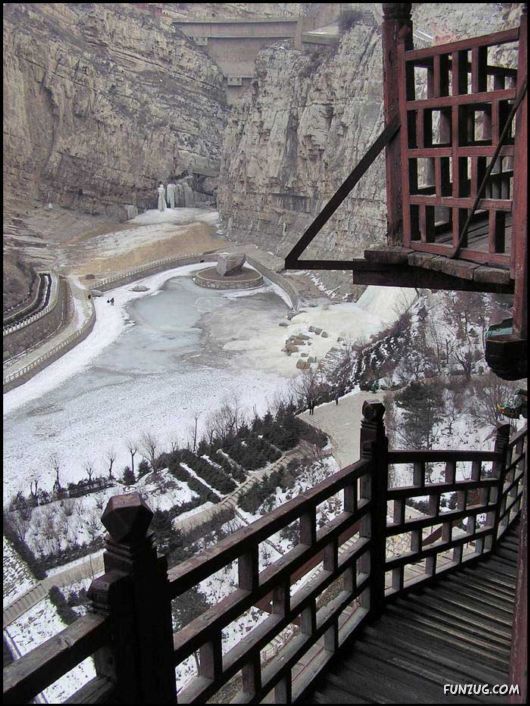 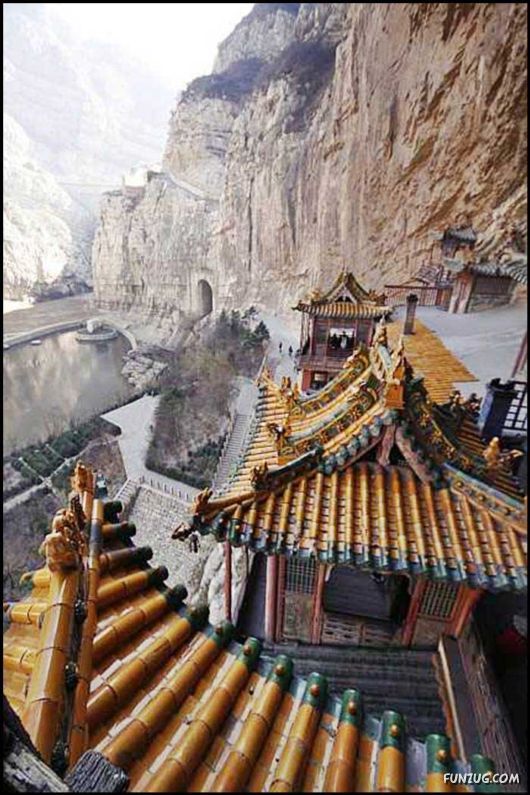 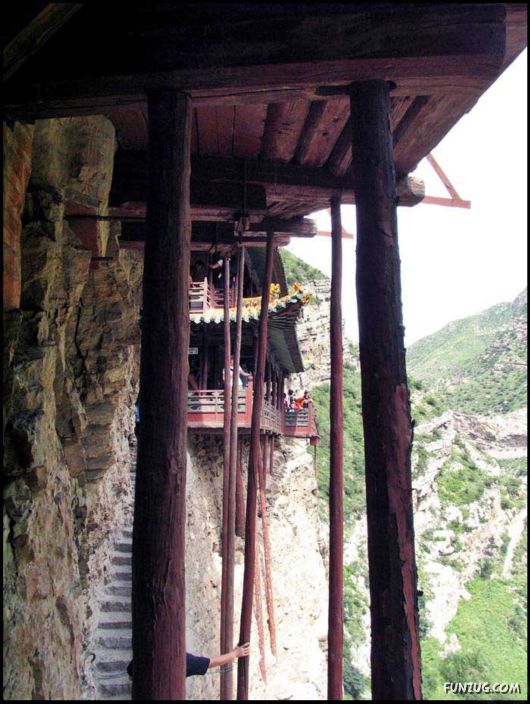 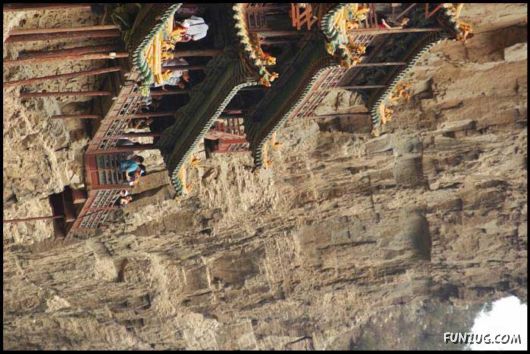 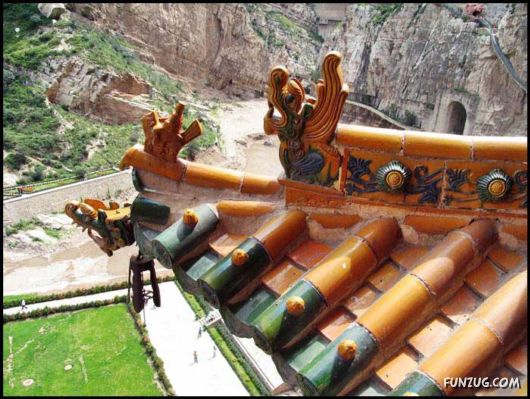 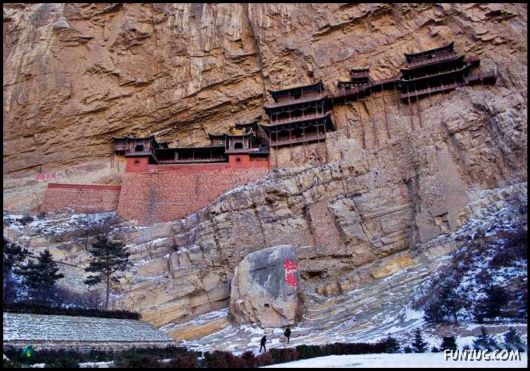 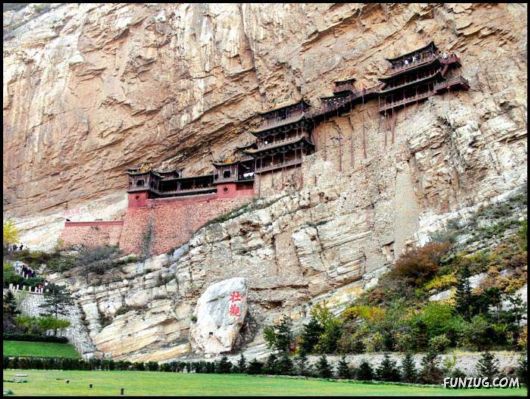 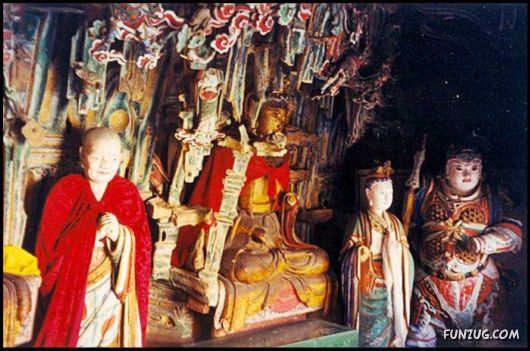 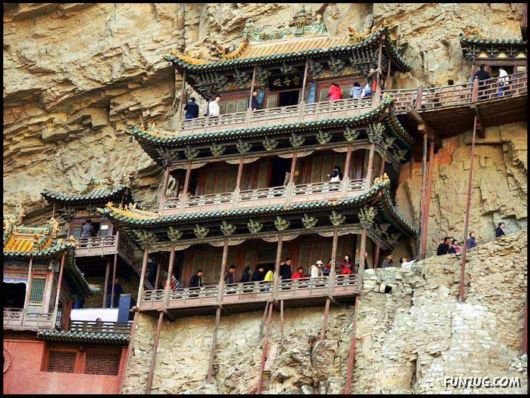