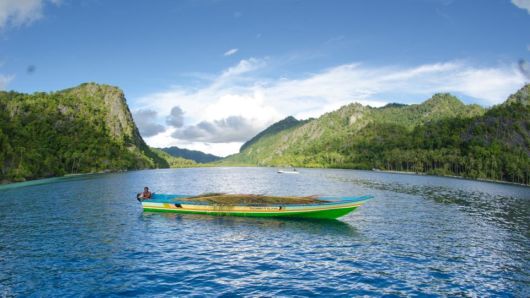 Islands of adventure
Indonesia is home to some of the most intrepid travel destinations on the planet. Among them are the Spice Islands, also known as the Moluccas or Maluku islands, an archipelago of more than 1,000 islands set on a vast canvas of ocean that today, as in centuries past, is best explored by boat. The roots of Indonesia?s spice trade trace back to ancient times, when shipping routes between Africa and Indonesia were first initiated (the first people to settle in the Spice Islands are in fact related to the people of Madagascar), and it continued with the Portuguese, Spanish, English and Dutch trade routes in the 16th Century. Today, these islands are still the world?s top producers of nutmeg, mace, cloves and pepper. 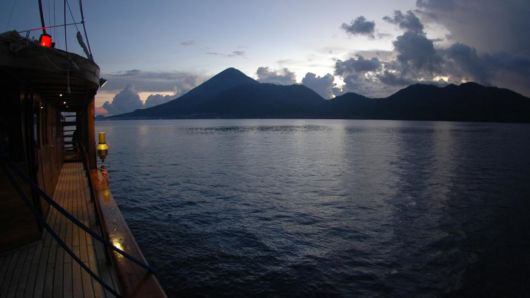 Volcanic isles
Adventurous travellers come to the region to stay in remote villages and hike in the shadows of perfectly conical volcanoes. For divers, the fish and coral below the water?s surface are just as intoxicating as the scent of nutmeg growing topside.

A live-aboard scuba diving boat such as the Damai Dua (pictured) is an ideal way to explore the islands? highlights. Here, darkness falls on the peak of Tidore, one of the many volcanic islands that stretches south from Ternate, another visually dramatic cone-shaped island. For thousands of years, Tidore and Ternate were the world?s only producers of cloves, which originate in this region. Today, cloves are grown in other countries including Madagascar and Brazil, as well as on the Comoros islands. 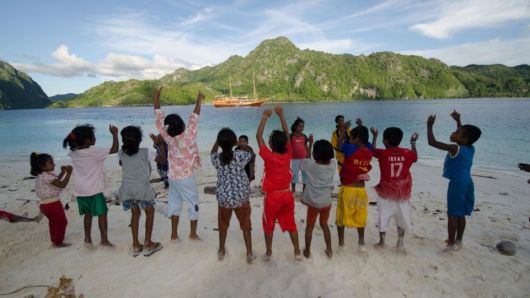 Vocal welcomesLive-aboard dive boats will often moor near rarely-visited Spice Islands. On the small island of Pua (pictured), the villagers have so little exposure to outsiders that they have yet to learn Indonesia?s ubiquitous tourist greeting (?hello mister!?). Instead, they take the chance to admire the Damai Dua ship, built to model a traditional Indonesian sailing phinisi, while singing a greeting in the local language to the guests on board. 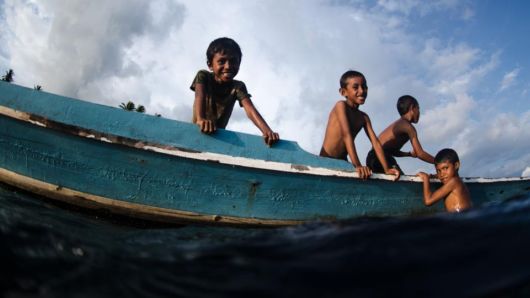 Floating playgroundOn the southern tip of Bacan Island, near the waterfront in a small village, adults busy themselves constructing the wooden boats that they will use to fish the area?s rich seas. Local children, on the other hand, often can be seen jumping from the boats into the warm shallow water, against a backdrop of black-sand beaches. 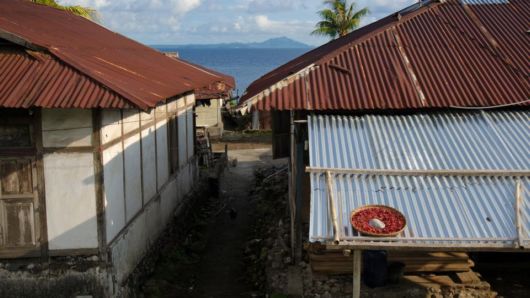 Drying spicesIn addition to mangoes, breadfruit and coconuts, villagers on Makian Island also cultivate nutmeg and cloves. Nutmeg can often be seeing drying in baskets on the rooftops or spread on tarps along the narrow village roads, with the red lace-like material called mace (pictured) separated from the dark, shiny nut. 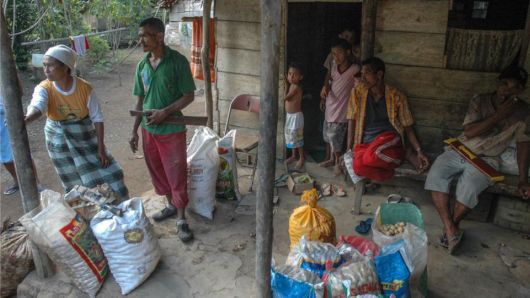 Spice as life
Ambon was once a world centre of clove production, and the spice is still grown here today, along with healthy crops of nutmeg and cocoa. In one of Ambon?s many small villages, locals gather outside a home with a recently harvested crop of nutmeg piled into plastic bags. Small-scale farmers sell their crops to village collectors, who amass it with larger volumes of the crop to then sell to exporters. 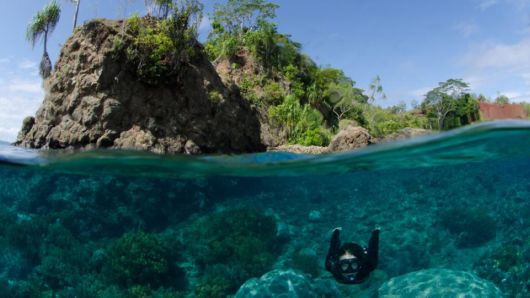 Spectacular reefs
The Spice Islands are a popular destination for scuba divers who travel the region for the chance to explore spectacular reefs against a backdrop of volcanic islands. Here, a woman snorkels over a reef in the shadow of a volcanic outcropping near Bacan Island. Large schools of barracuda, as well as the occasional whale shark, can often be seen swarming nearby on the southeast corner of the island. 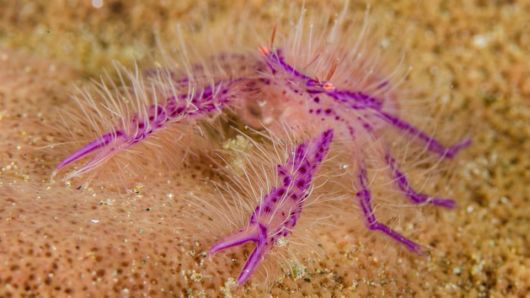 Hairy lobsterThe long, deep harbour on Ambon Island is one of the top muck diving destinations in the world, a type of diving that puts the focus on bizarre marine animals ? such as frog fish and other masters of disguise like snake eels and stargazers ? that make their homes on the ocean floor. People travel to this island from around the world to dive the harbour?s nutrient-rich, if rubbish-littered, ocean floor. This hirsute, wild-looking purple creature is a hairy squat lobster; the bristles covering its body help it to better scurry across sponges. (Chris Jackson/swellimages.com)