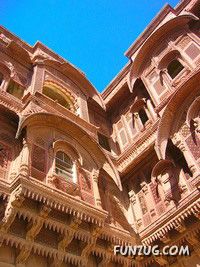 Jodhpur pronunciation is the second largest city in the Indian state of Rajasthan. It was formerly the seat of a princely state of the same name, also known as Marwar. Jodhpur is a popular tourist destination, featuring many palaces, forts and temples, set in the stark landscape of the Thar desert.

The city is known as the Sun City for the bright, sunny weather it enjoys all year. It is also referred as the Blue City, due to the indigo tinge of the whitewashed houses around the Mehrangarh Fort. Jodhpur lies near the geographic center of Rajasthan state, which makes it a convenient base for travel in a region much frequented by tourists. The old city of Jodhpur is surrounded by a thick stone wall. 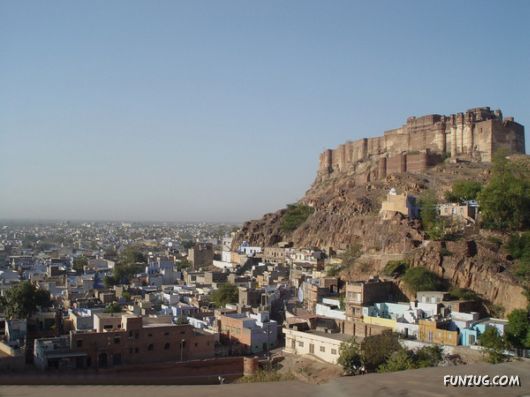 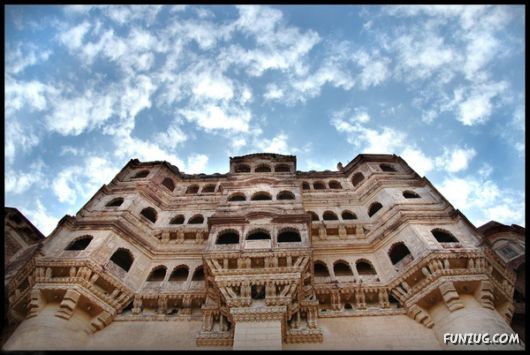 Jodhpur was founded in 1459 by Rao Jodha, a Rajput chief of to the Rathore clan. Rao Jodha succeeded in conquering the surrounding territory and thus founded a state which came to be known as Marwar. As Rao Jodha hailed from the nearby town of Mandore, that town initially served as the capital of this state; however, Jodhpur soon took over that role, even during the lifetime of Rao Jodha. The city was located on the strategic road linking Delhi to Gujarat. This enabled it to profit from a flourishing trade in opium, copper, silk, sandals, date palms and coffee.

Early in its history, the state became a fief under the Mughal Empire, owing fealty to them while enjoying some internal autonomy. During this period, the state furnished the Mughals with several notable generals such as Maharaja Jaswant Singh. Jodhpur and its people benefited from this exposure to the wider world: new styles of art and architecture made their appearance and opportunities opened up for local tradesmen to make their mark across northern India. 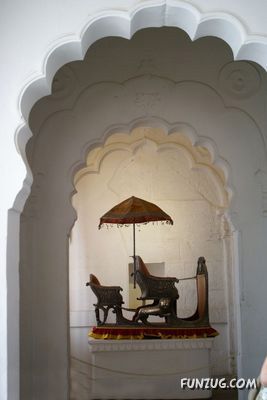 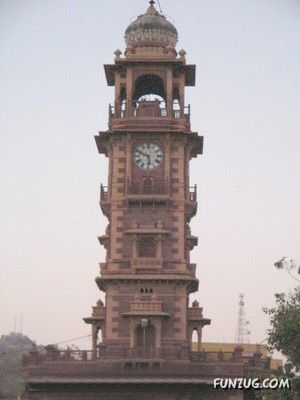 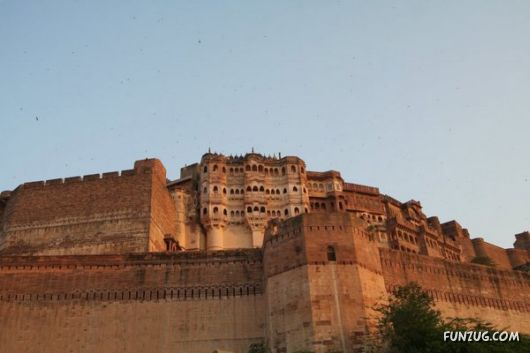 Jodhpur is well connected by road, rail and air to all major cities and towns.

By plane Connected by air from Delhi, Mumbai, Jaipur, Udaipur; the airport is about 5 km from the city centre

By bus Jodhpur can be reached by RSRTC (Rajasthan State Road Transport Corporation) buses and private luxury buses which operate from all major towns and cities in Rajasthan as well as the cities of Ahmedabad and Delhi. 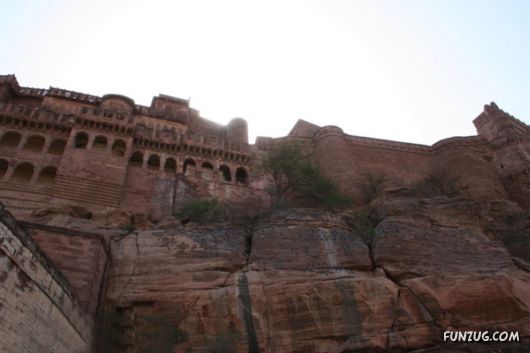 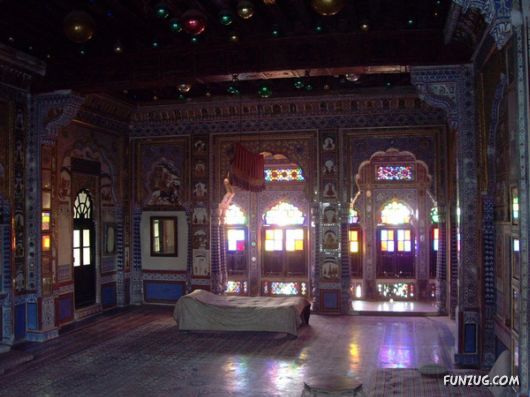 Means of transport include

* Mini buses ? public transport is available but chaotic and not advisable except when on a shoestring budget
* Car Rental ? Visit Jodhpur by Car. There are many Car Rental Companies available which Provide world Class Services.

* Auto Rickshaws (unmetered) ? negotiate before you board one
* Tongas ? horse driven carriages 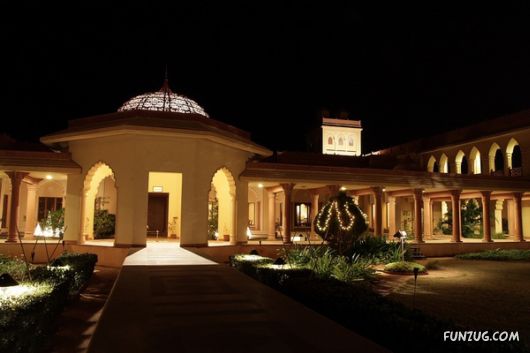 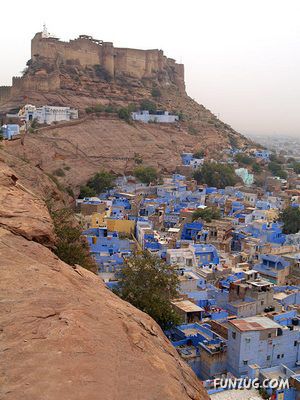 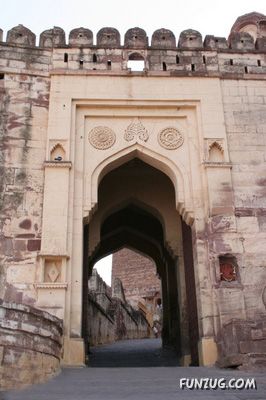 * Mehrangarh Fort Mehrangarh Fort dominates the city and is the largest fort in all Rajasthan. Founded in 1458 as the site of Rao Jodha?s new capital ? hence the name, Jodhpur ? the city has grown around it, and in the 500 years that have passed the fort has never been taken by force. It?s easy to see why: it occupies the entire top of a 150-meter hill with commanding views all around, with some three kilometers of massive ramparts built around the edges.

* Moti Mahal (Pearl Hall). Pearl-colored inside and decorated with colored glass windows, this is where the Maharaja held his audiences, with the five alcoves on the far wall allowing his queens to listen in.

* Phool Mahal (Flower Hall). The most extravagant of them all, this was the Maharaja?s pleasure chamber, for dancing girls and revelry.

* Zenana Deodi. The inner sanctum of the palace once guarded by eunuchs, this is where the Maharaja?s wives whiled away their days. The delicate sandstone screens and carvings are exquisite.

* Chamunda Mataji Temple. Tucked away at the far end of the battlements, this temple is devoted to Rao Jodha?s favorite goddess and remains a local favorite to this day.

A number of people are employed here and there to add flavor by dressing in period costume and doing photogenic things like playing traditional instruments and smoke opium (yes, the real thing). Snap away, but they?ll appreciate a tip if you do. The museum also includes galleries devoted to howdahs (elephant-mounted seats), palanquins, fine arts, weaponry, and the inevitable Turban Gallery. 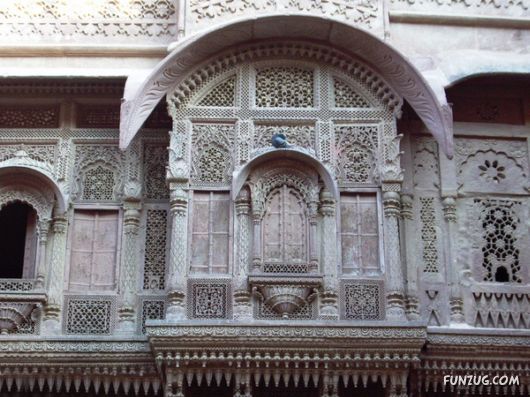 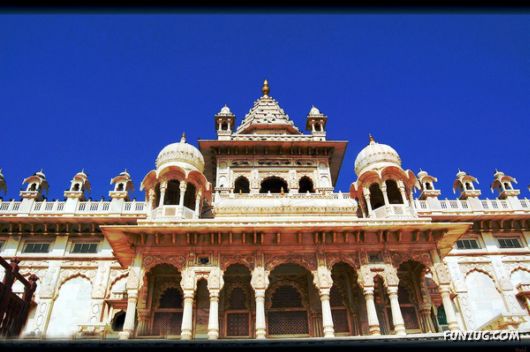 * Jaswant Thada, 1 km downhill from Mehrangarh (easily walked). Royal cenotaphs built in marble, with a picturesque location next to a little lake.

* Mandore, 7 km outside the city. The ancient capital of Marwar, before Jodhpur was built.
* Umaid Bhawan Palace. Clearly visible to the south of the city and completed only in 1944, this is the last great palace built in India. The Maharaja of Jodhpur lives here to this day, but half the building has been converted to a 5-star hotel (see Sleep) and there is also a small museum on grounds . 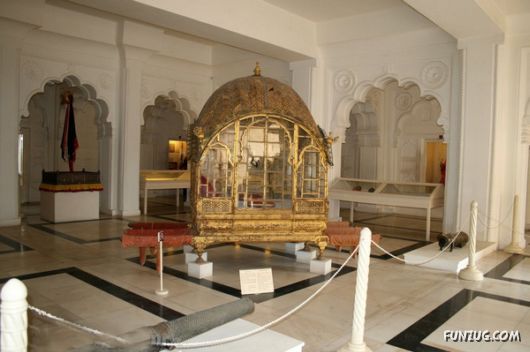 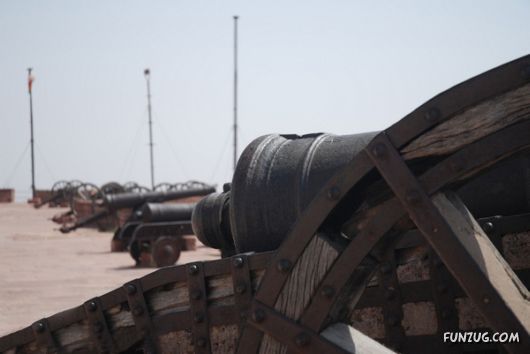 * Kailana Lake ? a picnic spot and a main drinking water source for the city. 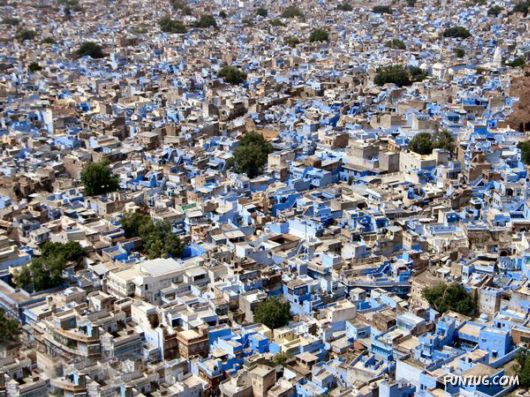 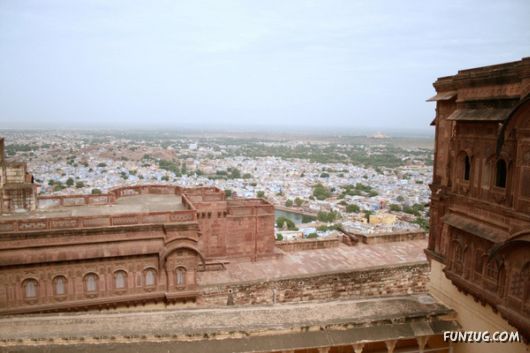