The Kasha-Katuwe or else they are called “Rock-Tents” or “Tent rocks” located 60 km southwest of Santa Fe, a city in the state of New Mexico near near Cochiti, USA, is a Bureau of Land Management (BLM) managed site, on the height of 1737-1951 m (5700-6400 feet) above sea level. Looking at them from the side, once you know where it came from such a title. Name Rocks Tents appeared because of its unusual appearance of rocks – they really look like a tent city. Cone-shaped tent of formation – the result of the vigorous activity of volcanic eruptions about 7.6 million years ago, under the influence of which formed the rocks of pumice, ash and residues of volcanic tuff. For many years, these rocks acted erosion, as well as wind and water. They carved in the rocks canyons, crevices, deep and picturesque gorges, polished rock, making a beautiful smooth rocks framing semicircles. 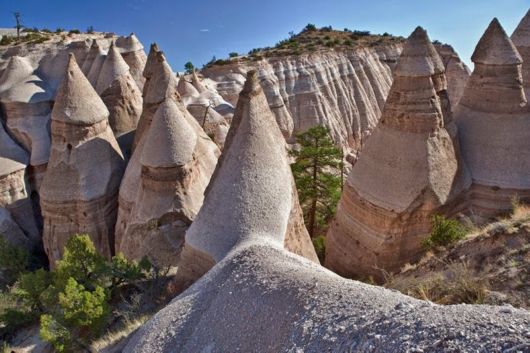 Although Tent rocks look very similar in shape, but they are very different in height – and vary in height from a few feet to 90 feet. Volcanic precipitation accumulated over the years as a result of volcanic rocks and, therefore, consist of piled up on each other’s beds, they are gray with splashes of pink and beige. Perhaps that is why Kasha-Katuwe gets its name from the language that Puebloan keresan translates as “white cliffs”. Place Kasha-Katuwe very chosen by tourists, and it’s not enough, here it is, what to see and admire. All who have visited here, note that the picture looks interesting monument. But when you find yourself on the ground, will be even more surprised to live Kasha-Katuwe more beautiful. At the top – simply unbeatable scenery. 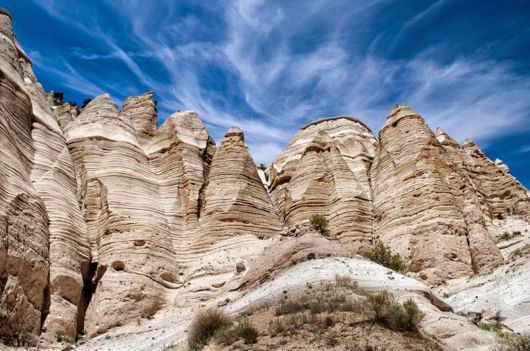 Kasha-Katuwe was added to the national monuments by President Bill Clinton in January 2001, the territory of a national monument laid guided trail length of 1.9 km. It is laid in such a way to allow tourists to enjoy the views of the rocks, as the lowest point and the highest. Getting around the monument is permitted only during daylight hours, and prevented from entering the car and take the dogs with them. Entrance to the National Monument is not expensive – $ 5, and for groups are available even discounts. 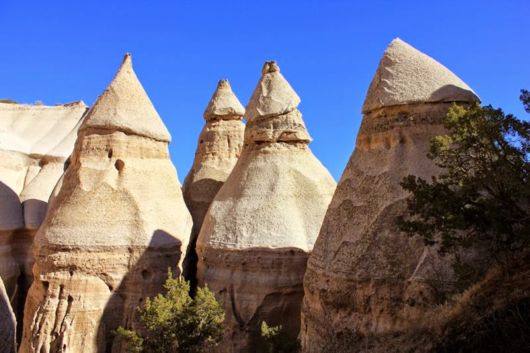 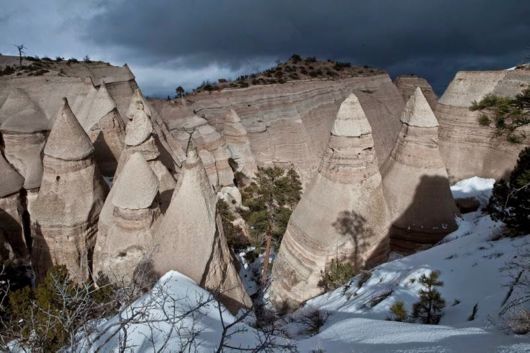 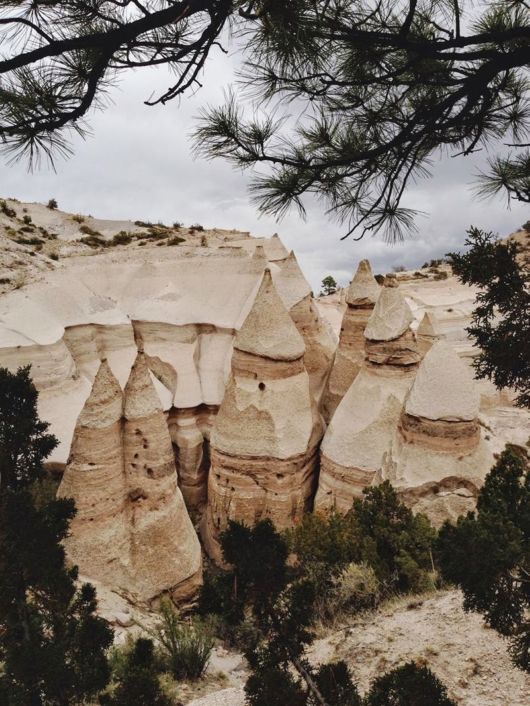 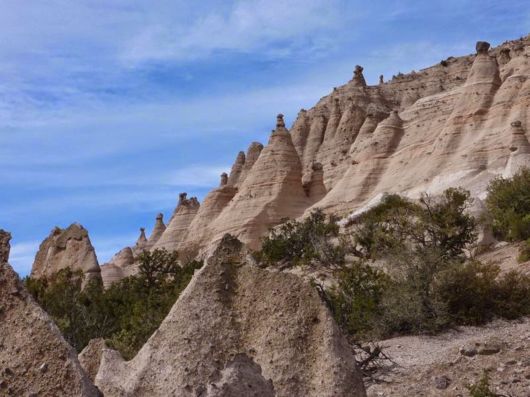 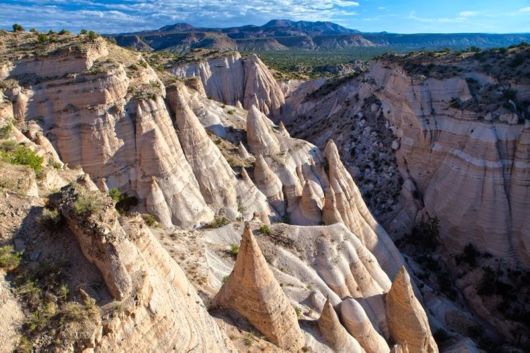 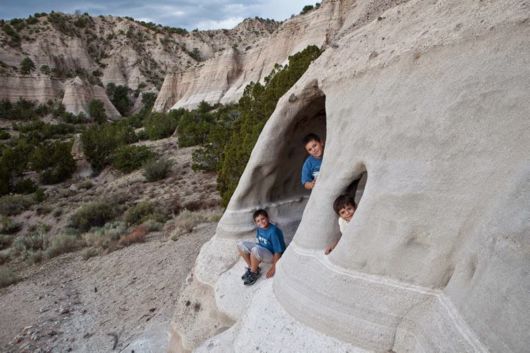 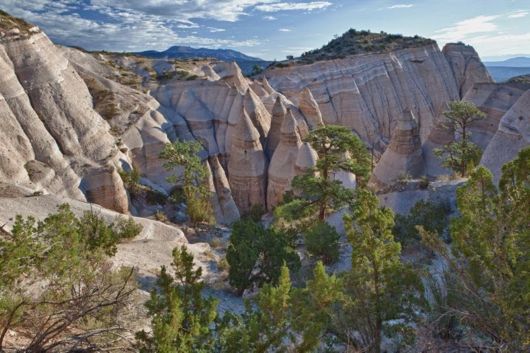 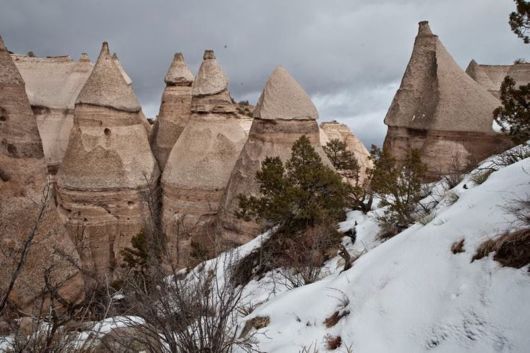 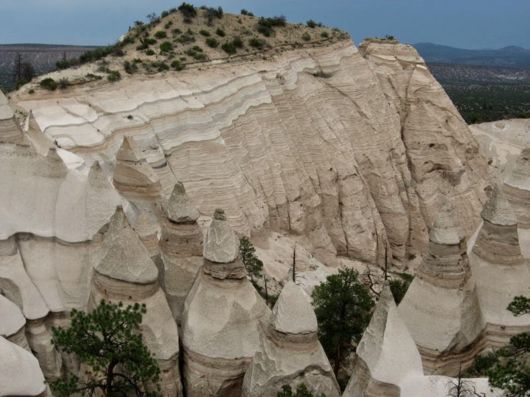