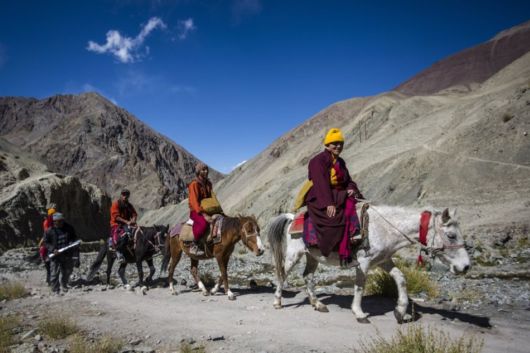 Ladakh. Just the name gets the traveller high. Once a great Buddhist kingdom, it is today a strategic military outpost for India, sharing borders with China and Pakistan. Over the last few years, more and more tourists have been choosing Ladakh as a destination for its awe-inspiring scenery, demanding treks and rafting adventures, as well as culture. Enjoy these fascinating images from India’s highest, and largest, district.
A Buddhist monk travels by horse with his companions near the village of Rumbak. 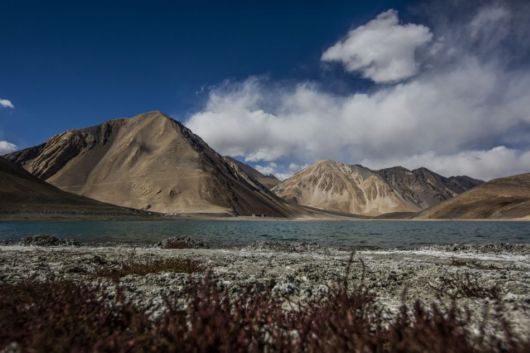 Mountains rise over the Pangong Lake in Ladakh, India. 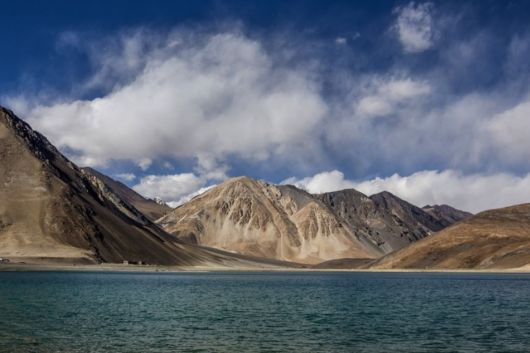 Mountains rise over the Pangong Lake. 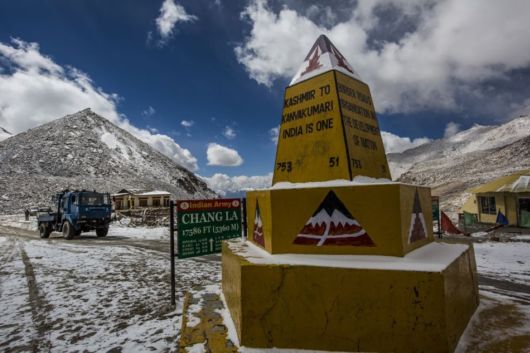 Signs displaying pro Indian slogans and the altitude are seen at the Chang La pass on the road to Pangong Lake. 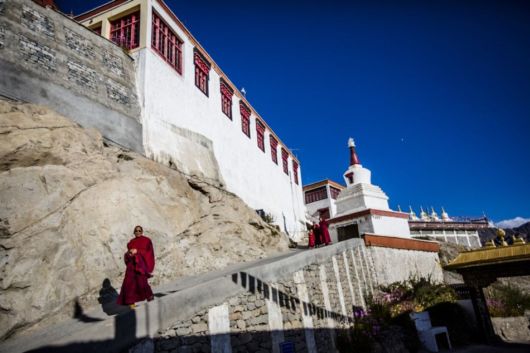 A Buddhist monk departs from morning prayers at the Thikse Monastery in Ladakh. The Thikse monastery is a Tibetan Buddhist monastery of the Yellow Hat (Gelugpa) sect, located on top of a hill, approximately 20 kilometres east of Leh. It is noted for its semblance to the Potala Palace in Lhasa, Tibet and is the largest monastery in central Ladakh. 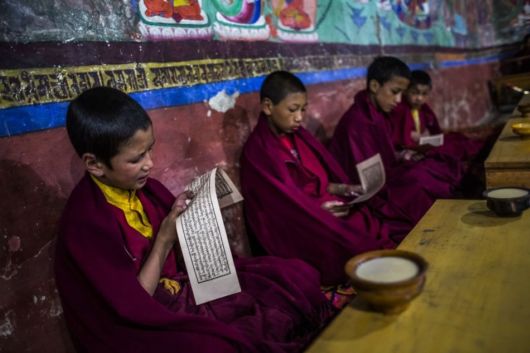 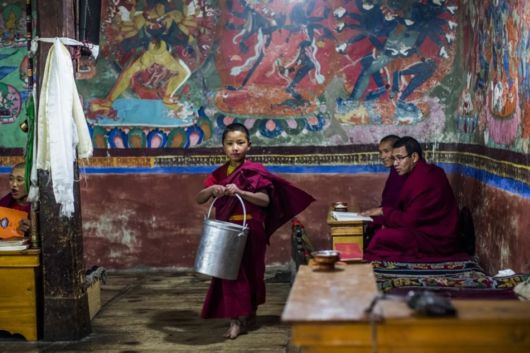 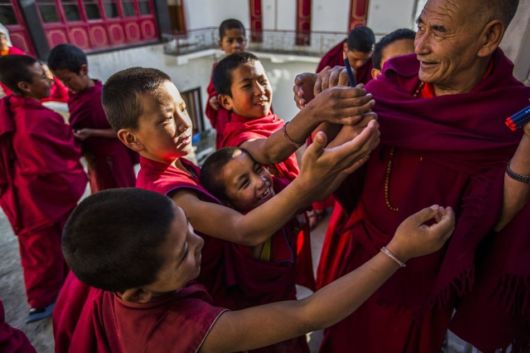 Young Tibetan Buddhist monks scramble for pencils being handed out by an elder monk at the Thikse Monastery. 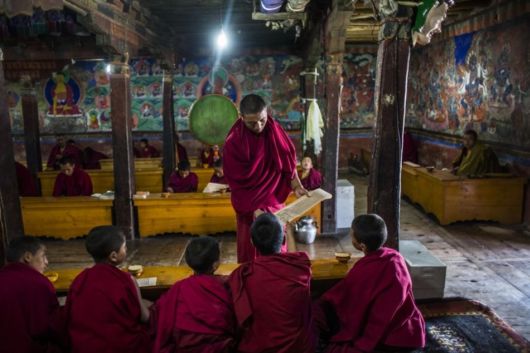 Buddhist monks pray during morning prayers at the Thikse Monastery. 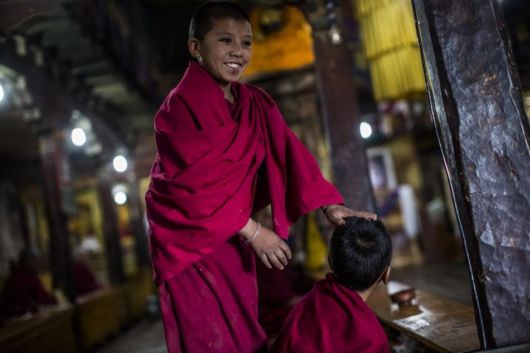 A young Buddhist monk prays during morning prayers at the Thikse Monastery. 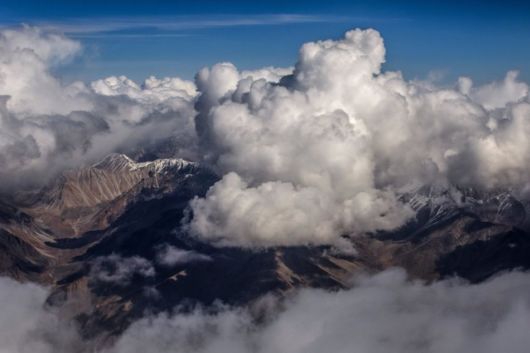 The mountains of Ladakh are seen shrouded in clouds near Leh, Ladakh, India. Ladakh, nestled between the Kunlun mountain range in the north and the main Great Himalayas to the south, was once an ancient Buddhist Kingdom and for over half a century now, a strategic military outpost for India. Ladakh, sharing borders with both China and Pakistan, has seen an increase in tourism over the last few years, an alternative to Nepali Himalayan treks. 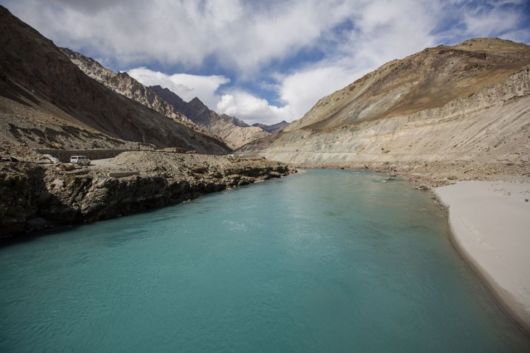 The Zanskar river, a tributary of the Indus, stretches out near to the village of Chilling with views of the Zanskar range. 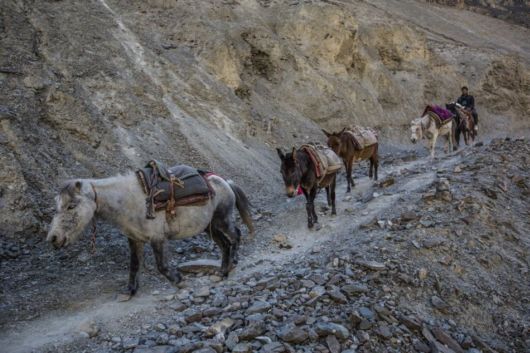 A Ladakhi porter travels with his horses en route to Rumbak. 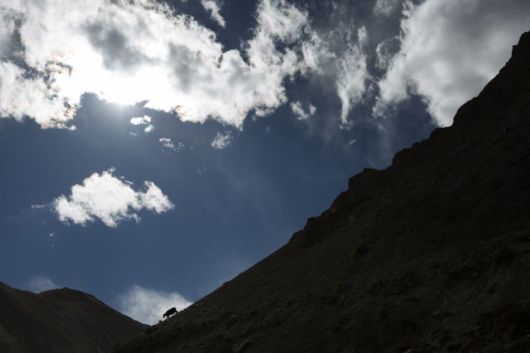 A yak is seen on the mountainside on the route between Jingchen to Chilling. 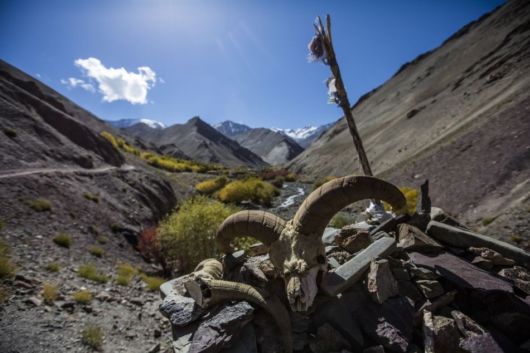 The horns of a Bharal or Blue Sheep, believed by Ladakhis to ward of evil and bring good luck, is seen on a trail near the village of Urutse. 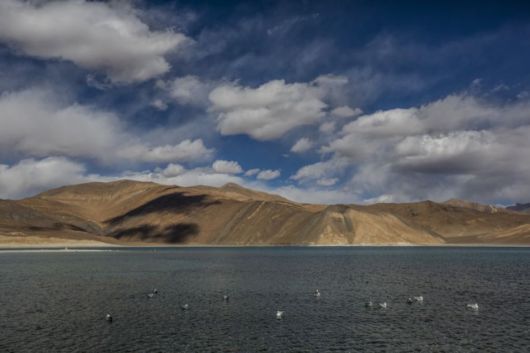 Seagulls sit on the Pangong Lake. 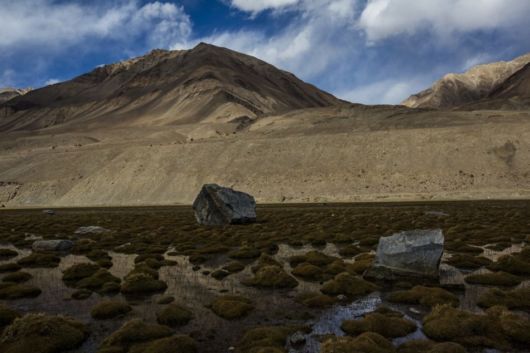 Large rocks sit in marshes on the road leading to the Pangong Lake and the border to China. 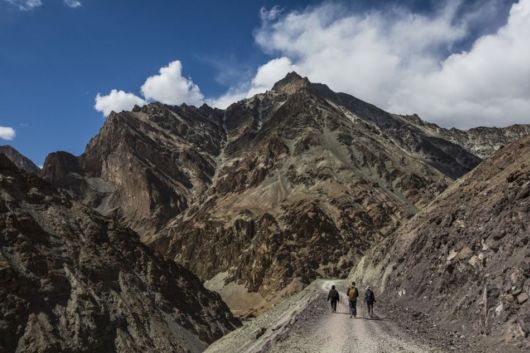 Trekkers make the route between Jingchen to Chilling with views of the Zanskar range in Ladakh, India. 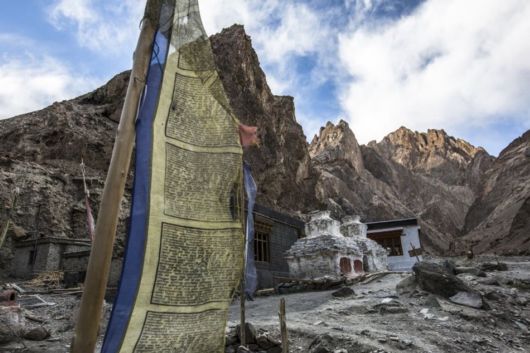 Buddhist Stupas are seen the village of Sku on the trek between Jingchen to Chilling with views of the Zanskar range. 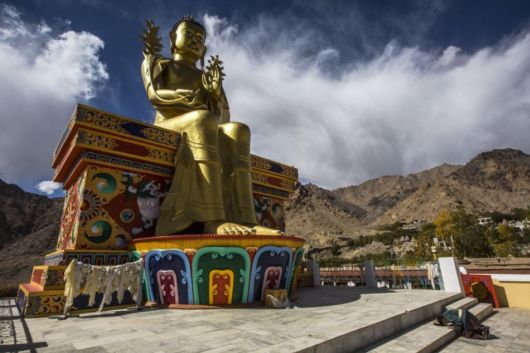 A Buddhist devotee prays at the base of a 25m (75 ft) statue of Buddha at the Likir monastery. 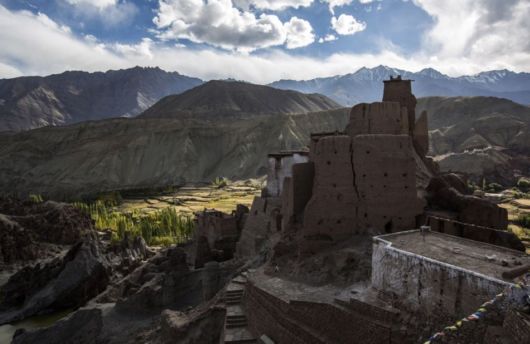 At Basgo Monastery, a World Heritage Site in Ladakh, India.