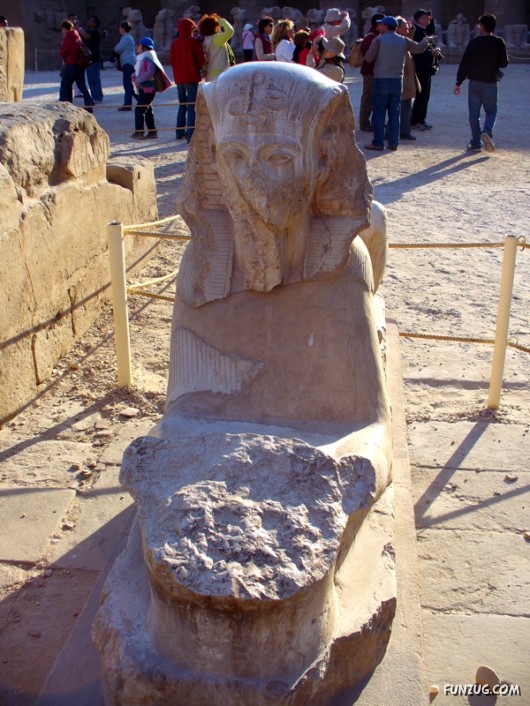 The Karnak temple is the largest ancient religious site in the World. This is because every pharaoh contributed to it as it was probably the most important temple in Egypt (dedicated to the gods: Amun-Ra, Montu and Mut). Every pharaoh raced to show his respect to the supreme gods and also earn the appreciation of the clergymen. So every pharaoh built a pylon or obelisk or sphinx or an entire complex within the temple. This fact helped archeologists in two ways: it shows very explicitly the magnitude of each pharaoh and also shows the way the ancient Egyptians constructed the buildings (as there is a unfinished pillar that shows very clearly the method of construction).The Luxor temple is one of the two grandiose temples of ancient Thebes. It?s complex architecture and colossal statues seem to make anyone feel puny at the sight of it (especially at night ? when the beautifully illuminated walls seem to rise even higher).One of the inscriptions on the walls of the temple seemed particularly interesting ? the blessing of an ascending pharaoh. It is depicted as a multitude of life-keys pouring over the pharaoh ? symbolizing the purification with holy water. 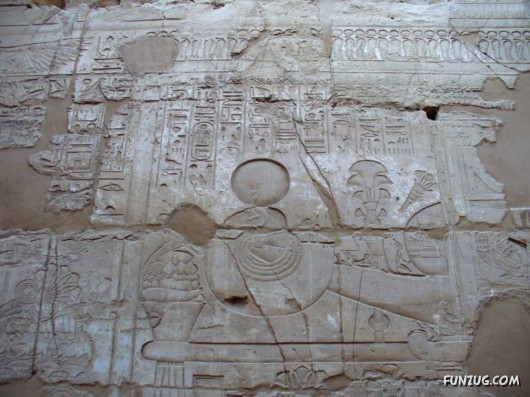 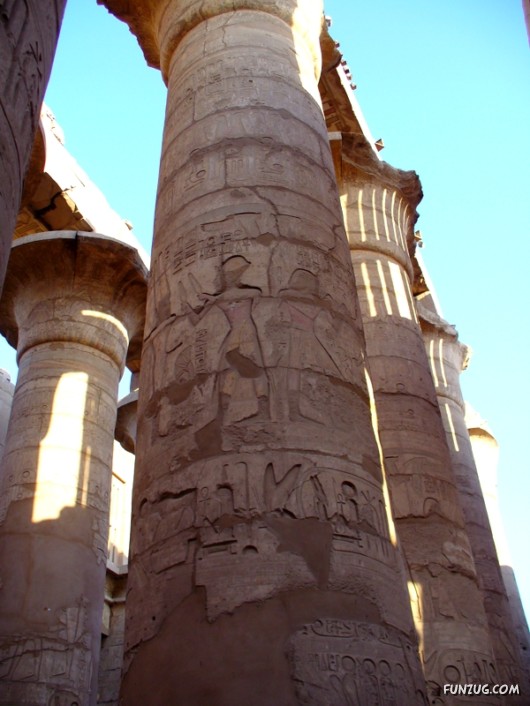 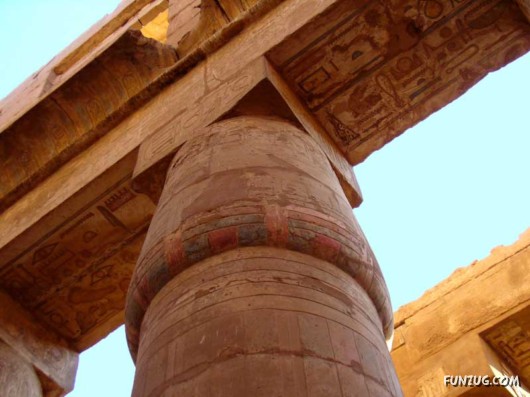 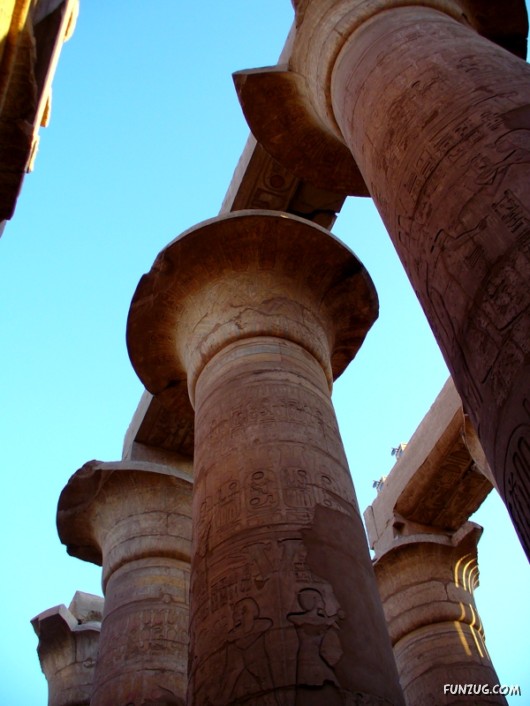 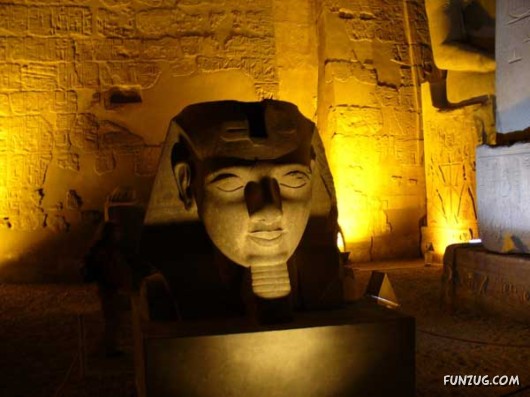 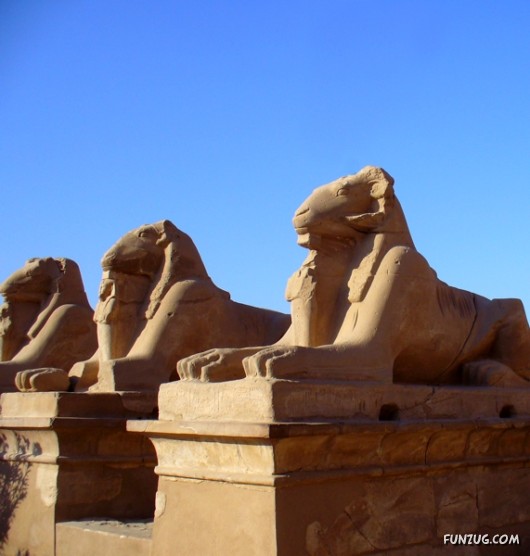 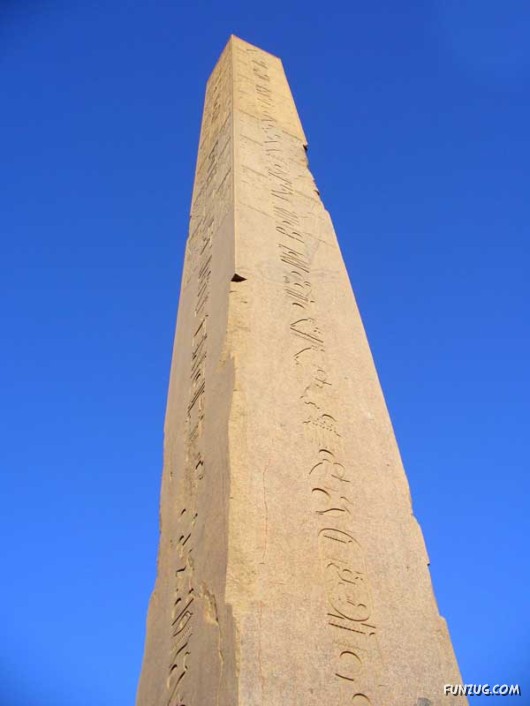 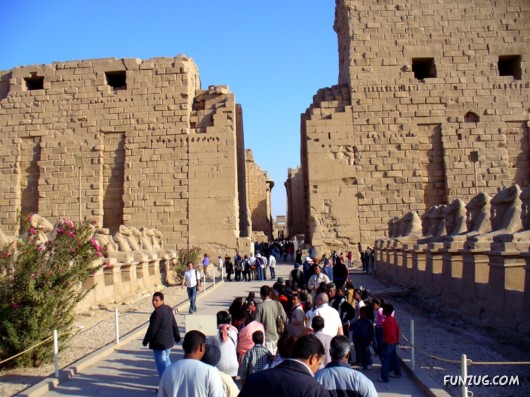