The Real Gabinete Português de Leitura (in English: Royal Portuguese Reading Room) has the largest and most valuable literary of Portuguese outside Portugal. Constructed between 1880 and 1887, it has more than 350,000 volumes in a library, fully computerized, which brings together rare books from the 16th, 17th and 18th. The library receives a copy of Portugal for each of the works published in the country according to its status of ?legal deposit?. Its incredible architecture beauty and its rich collection transport you to the 19th century when you visit this library in Rio de Janeiro. 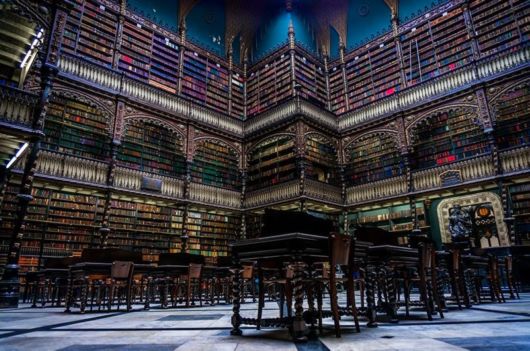 The current headquarters building has the neomanuelino style that evokes the exuberant Gothic-Renaissance at the time of the Portuguese Discoveries. The facade, inspired by the Jeronimos Monastery in Lisbon, was carved in limestone in Lisbon and brought by ship to Rio. The statues and medallions sculptured in the entrance portray distinguished Portuguese, including Pedro Álvares Cabral, Luís de Camões and Vasco da Gama, as the eternal guardians of the human knowledge. 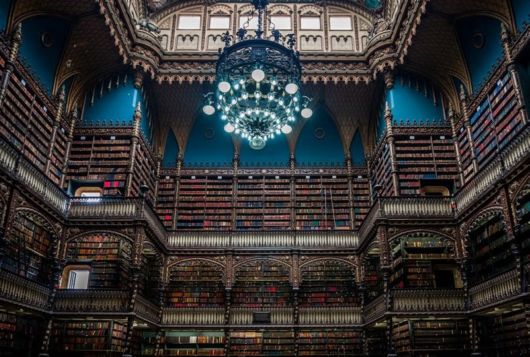 The interior also follows the neomanuelino style in the ornamental doors, wooden shelves for books and commemorative memorials. The beautiful chandelier and skylight structure of iron in the roof of the Reading Room and the library painting enrich even more its interior. The lounge also has a beautiful monument of silver, ivory and marble (the Altar da Pátria ? Altar of the Fatherland), 1.7 meters tall, which celebrates the time of discovery. 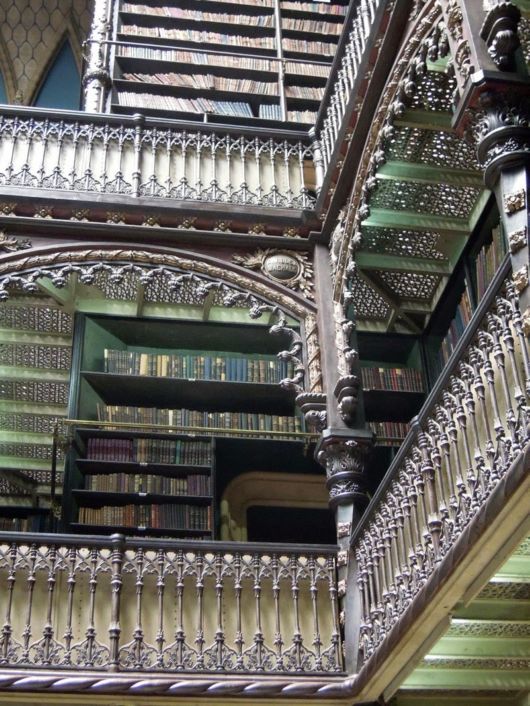 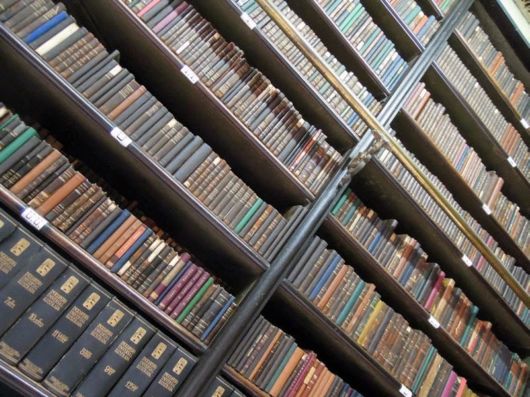 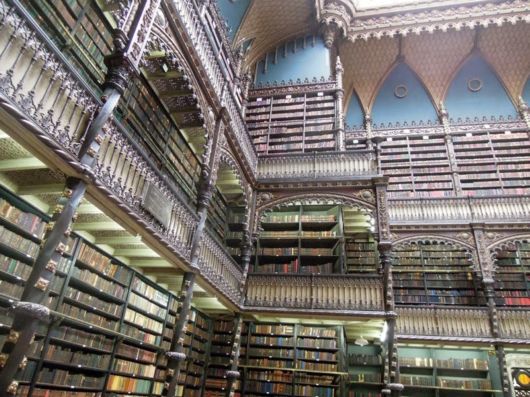 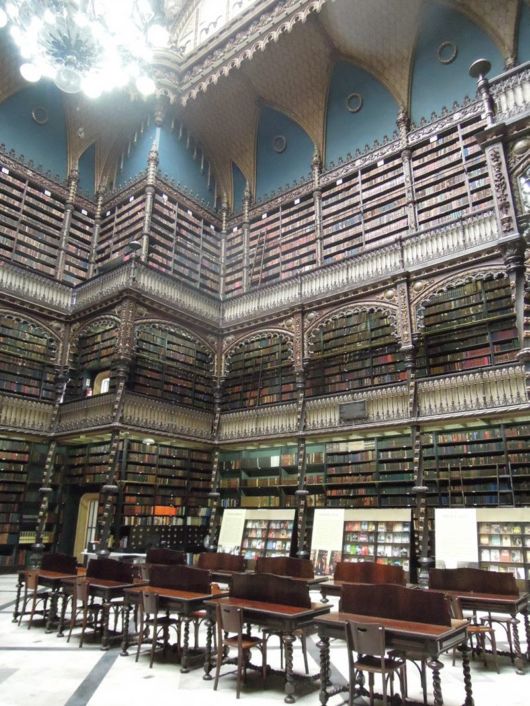 The walls of the Real Gabinete Portugues de Leitura. The library holds the largest collection of Portuguese titles outside of Portugal. 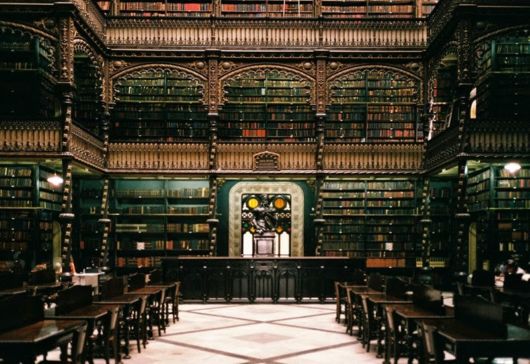 The books on the Real Gabinete Portugues de Leitura?s first floor appeared to be fakes. 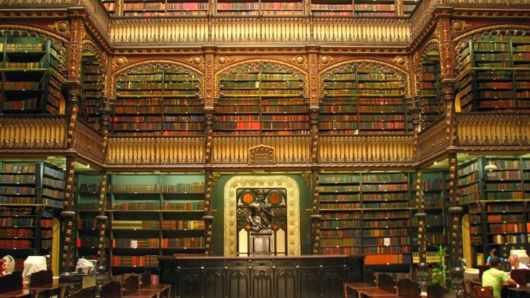 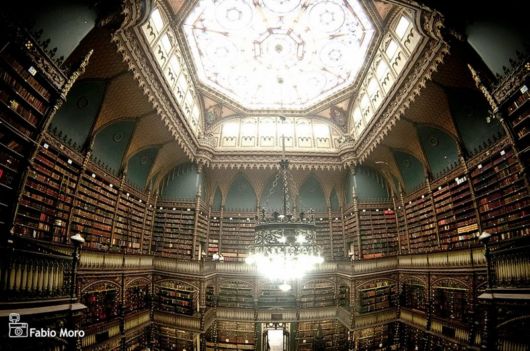 The iron skylight of the Real Gabinete Portugues de Leitura. 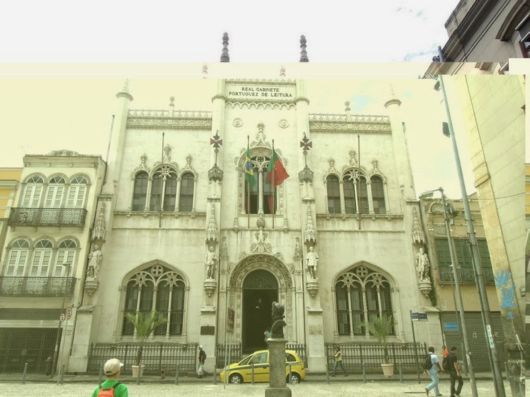 Pop into the Real Gabinete Portugues de Leitura for a free reprieve from the crowds and noise of the city center.