Large shopping malls provide a one-stop shopping for anything imaginable. Our list of largest malls in the world is based on the amount of ?Gross Leasable Area?.

This is the number of squar feet the property has for revenue-generating activities like retail, dining and amusements. The building boom in Asia, where land is cheap and labor costs are low has produced the largest shopping malls. Only two shopping malls on this list are located outside Asia.

Siam Paragon in Bangkok is one of the largest shopping malls in Thailand. Only the nearby CentralWorld is larger. It includes a wide range of specialty stores and restaurants as well as a multiplex movie theater, the Siam Ocean World aquarium, the Thai Art Gallery and an opera concert hall. It also has a large bowling alley and karaoke center. 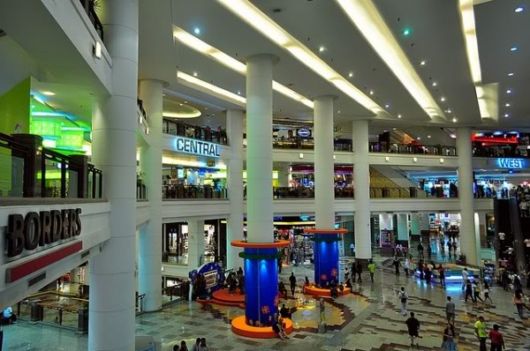 Located in Kuala Lumpur, Berjaya Times Square is a twin tower complex containing a shopping centre and two five star hotels. With 7.5 million square feet (700,000 m²) of built up floor area it is currently the fifth largest building in the world. 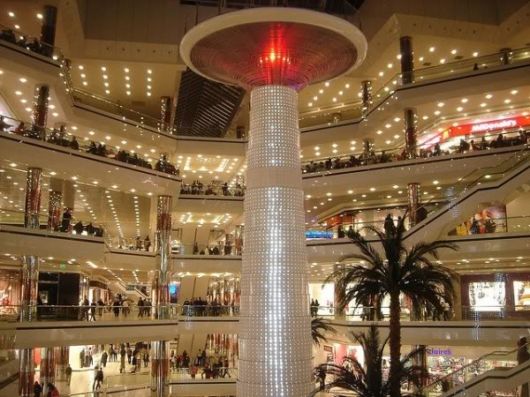 Located on the European side of Istanbul, the Cevahir Shopping and Entertainment Centre opened its doors in 2005. It is the largest shopping mall in Europe.

There are 343 shops, 34 fast food restaurants and 14 exclusive restaurants in the shopping centre. Other facilities include a large stage for events, 12 cinemas, a bowling hall, a small roller coaster and several other entertainment facilities. 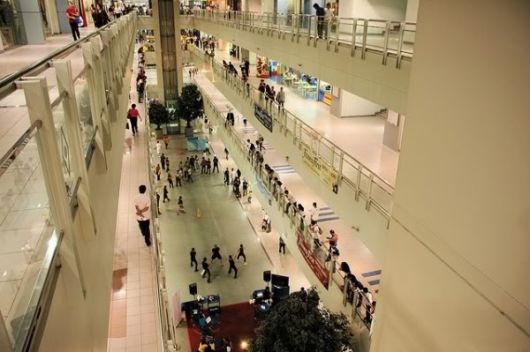 Opened in 1991, SM Megamall in Metro Manila is one of the largest shopping malls in the Philippines. The mall attracts a daily foot traffic of 800,000 people with a maximum capacity of 4 million people.

SM Megamall is currently under major renovation and expansion. When finished, it will be able to claim the ultimate title of largest shopping mall in the Philippines. 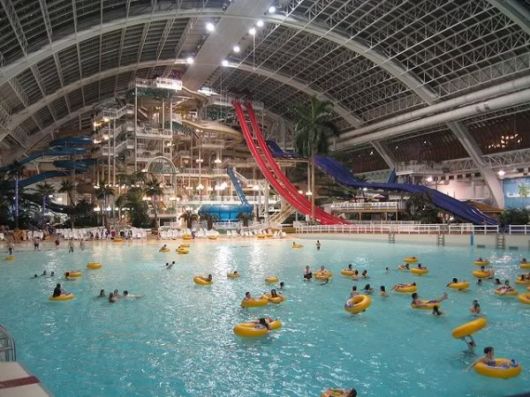 The West Edmonton Mall in Alberta was the largest shopping mall from 1981 until 2004 and is currently the largest mall in the Americas. 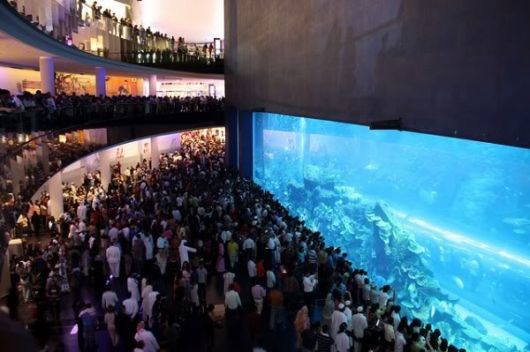 The Dubai Mall is part of the Burj Khalifa complex, the tallest man-made structure ever built. At over 12 million square feet (equivalent in size to more than 50 soccer fields), the Dubai Mall is the largest shopping mall in the world based on total area but about the same size as the West Edmonton Mall if based on leasable space.

The mall contains more than 1,200 shops including the world?s largest candy store, an ice rink, a SEGA game center (featuring a 3D bowling game), a 5 star luxury hotel, 22 cinema screens plus 120 restaurants and cafes. The mall also contains one of the largest aquariums in the world. 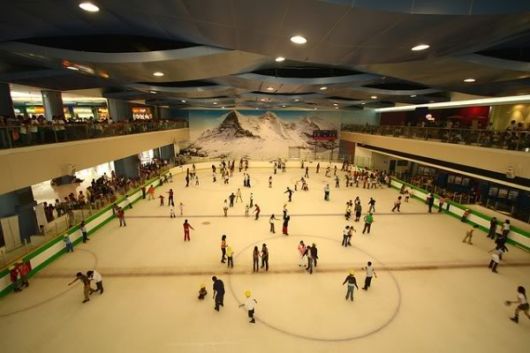 The SM Mall of Asia in Metro Manila, opened in 2006, consists of four buildings interconnected by walkways. It features a 20-seater tram which takes shoppers around the mall grounds.

One of the mall?s main attractions is an IMAX theater with one of the world?s biggest 3D screens. The mall also features an Olympic-sized ice skating rink. It can accommodate both recreational and competitive figure skating, as well as ice hockey. 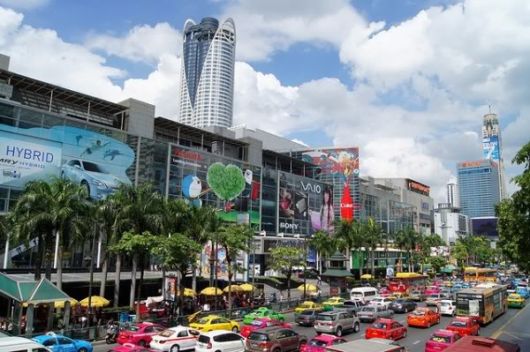 Opened in 1990, the eight-story CentralWorld is the largest shopping mall in Thailand. It marketed itself as a middle class shopping center, opposed to the upper class-marketed Siam Paragon.

On 19th May of this year, CentralWorld was one of the many properties set on fire by antigovernment protestors. The fire raged for two days and the Zen department store collapsed in the fire.

After months of repair works, the shopping complex reopened on 28th September with 80% of its retail space open for business. 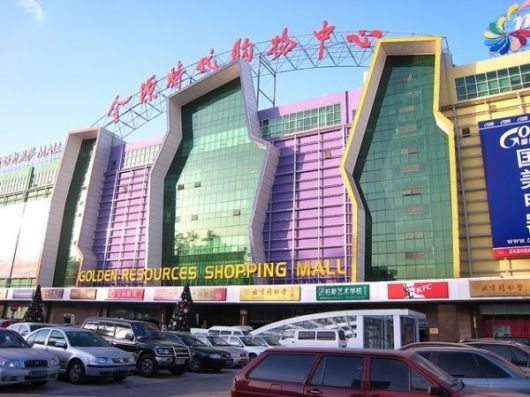 At 1.5 times the size of the Mall of America, Golden Resources Mall was the world?s largest shopping mall from 2004 to 2005. Although the developer of the mall initially estimated that the mall would have 50,000 shoppers a day, as of 2004 the actual number was far smaller, as few as 20 in an hour.

One problem was that prices of most items sold were far beyond the purchasing ability of most ordinary Chinese. Another barrier was the inaccessibility of Golden Resources Shopping Mall to foreign consumers due to its location outside the heart of Beijing. 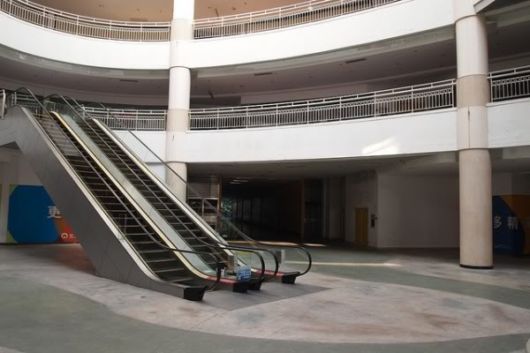 New South China Mall in Dongguan is the largest mall in the world based on gross leasable area. The mall features seven zones modeled on international cities including a replica of the Arc de Triomphe and a canal with gondolas.

It also has an indoor-outdoor roller coaster. What is doesn?t have is customers. Since its opening in 2005, the mall has suffered from a severe lack of occupants.