Located in a very mountainous area about 750 metres (2,500 ft) above mean sea level, Ronda is a clifftop town in the spanish province of Malaga. "El Tajo", a 100-meter deep canyon, separates the old town form the new one, leaving some of the buildings and houses right on the edge of abyss. Going from one side to the other is possible, as the canyon is spanned by three bridges, each built in a different historical age: Roman, Moorish and 18th Century. 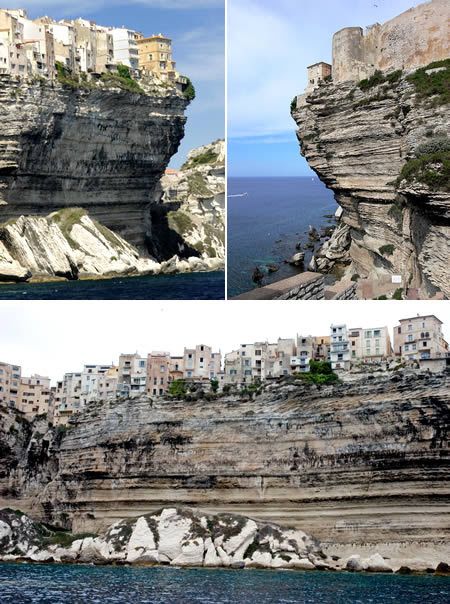 At the southern tip of the island of Corsica, Bonifacio is the largest commune of the island. This fragile looking citadel sits precariously at 70 meters (230 ft) over the white limestone cliffs, eaten away by the wind and waves of the Mediterranean Sea. A naval haven throughout the century, Bonifacio is now a small marina for expensive yachts from around the world. 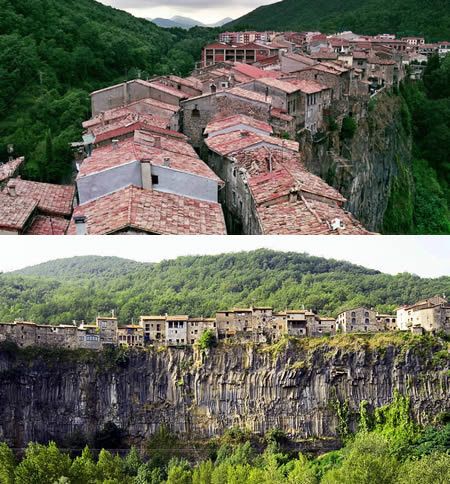 A municipality in Catalonia, Spain, Castellfollit de la Roca is bordered by the confluence of the Fluvià and Toronell rivers, between which the town’s basalt cliff rises. The basalt crag where the town is situated is over 50 meters high and almost a kilometre long. It was formed by the overlaying of two lava flows and it is one of the smallest towns in the province. 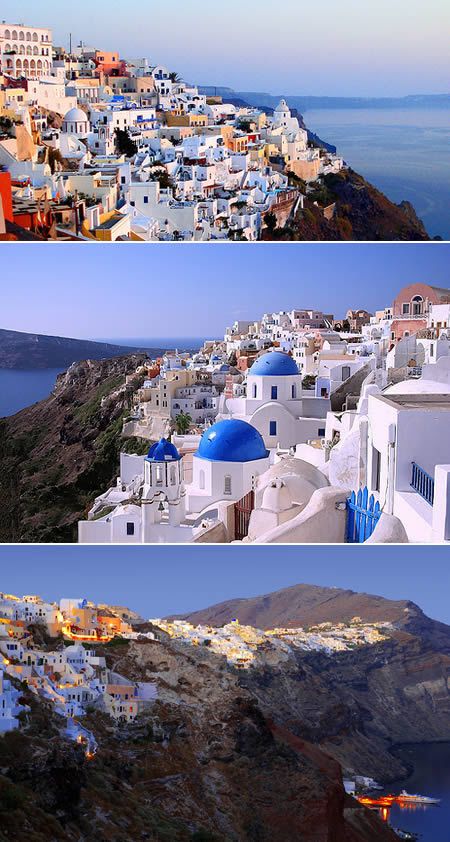 Located about 200 km southeast from Greece’s mainland, the archipelago of Santorini is essentially what remains of an enormous volcanic explosion, destroying the earliest settlements on what was formerly a single island, and leading to the creation of the current geological caldera. Its spectacular physical beauty, along with a dynamic nightlife, have made the island one of Europe’s tourist hotspots. The Minoan eruption, which occurred some 3,600 years ago at the height of the Minoan civilization, left a large caldera surrounded by volcanic ash deposits hundreds of feet deep and may have led indirectly to the collapse of the Minoan civilization on the island of Crete, 110 km (70 miles) to the south, through the creation of a gigantic tsunami. The giant central lagoon, more or less rectangular, mesures about 12 km by 7 km (8 mi by 4 mi) and is surrounded by 300 m (984 ft) high steep cliffs on three sides.
5. Manarola (Italy): Italy’s most precariously placed town 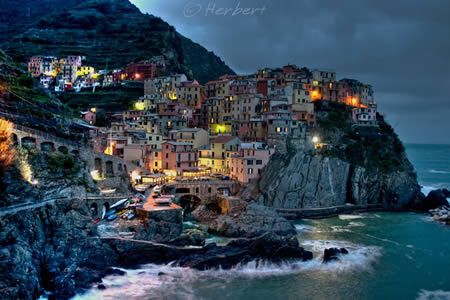 Located in Liguria, Manarola is certainly one of Italy’s most precariously placed towns. It?s hard to say just how old this village is, but ancient Roman texts have been found which celebrated the wines produced there. Today, you can still enjoy strolls through the vineyards, a walk on the Via dell?Amore (Path of Love) and its brightly colored buildings just near the edge.