Frequently recognized as the most magnificent road in the French Alps, this road through Combe Laval was constructed between 1861 and 1898 and originally served for the transportation of timber from the Forêt de Lente to St-Jean-en-Royans (France).

Right now it mainly attracts cyclists eager to face the challenge of a steep climb and be rewarded with awe-inspiring views of the Vercors region. The most spectacular stretch of the road, between St. Jean-en-Royans and Col de la Machine, cuts into the cliff-like side of the gorge and runs via a series of short, narrow tunnels. Nearly 8 mi (13 km) of lush, alpine beauty and dizzying heights. To go through this road, at Saint Jean en Royans, take the D 76 at the end of the village, direction Col de la Machine. 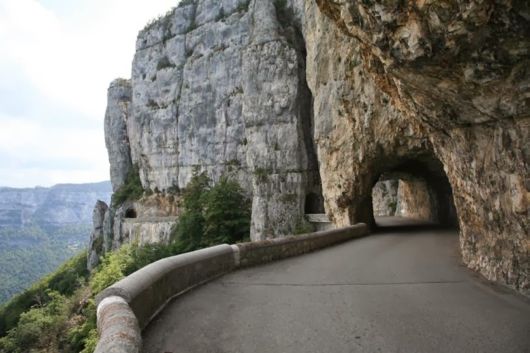 This road is famous because it was directly carved in the cliff and it takes to an impressive cirque above the Royans which is 4 km deep. The unique view on le "Golfe du Royans" from the Gaudissard belvedere is not to be missed. The road becomes vertiginous, going through tunnels and metallic roadways. Because of the beauty of its landscapes, Combe Laval is protected as a national heritage site under Articles L341 and foll. of the Environmental code (decree of 28 January 1991). The protected site is located on the districts of Bouvante, St Jean en Royans and Saint Laurent en Royans in the Drôme department. It spreads over approximately 962 hectares. 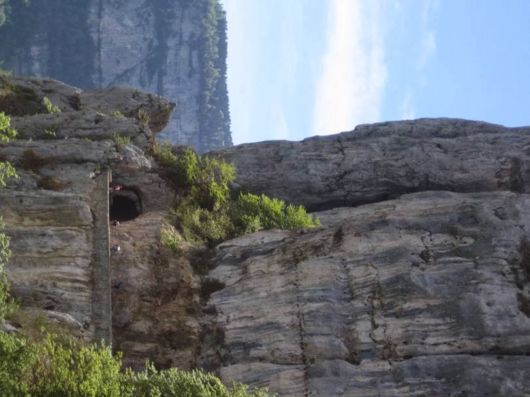 There is an easy explanation to why the Vercors is often being compared to a stone vessel or a citadel. Separated from its peripheral regions by staggering cliffs, the massif?s only connection to the outside world is through a few indentations in its rocky ramparts. Within the Royans, Combe Laval is amongst the most spectacular of these breaches: a magnificent cirque digging more than four kilometers into the Vercors walls. Surrounded by sheer peaks several hundred meters high, it certainly does not provide easy access to the plateau. However, an almost aerial road was built directly onto the cliffs in the 19th century. Along with the Petits Goulets and the Grands Goulets roads of the Bourne or Nan Gorges, this road provides one of the few spectacular access ways to the heart of the fortress. 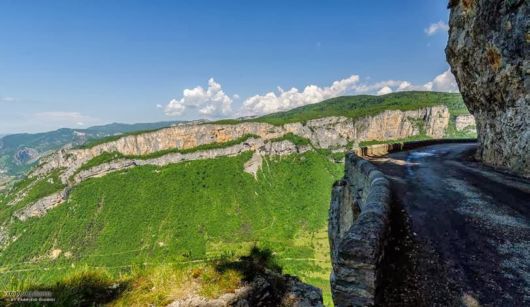 In the 19th century, the operation and management of the Lente forests became an economical priority. However, wood transportation is made difficult by the old Chemin des Chartreux running along the edge of the Combe. Eventually, a roadway project connecting Saint Jean to the Col de la Machine is set in motion but will take fifty years to be achieved.

From the Col de Gaudissart, towering 600 meters above the gate of the Combe, the road is deeply carved into the rock. Eleven tunnels are needed to pass through the sheer peaks towering over Combe Laval.
Sometimes underground, sometimes aerial, the road offers many breathtaking panoramic viewpoints. The fact that the road has gone from being an economical necessity to a touristic attraction in the 20th century comes as no surprise. 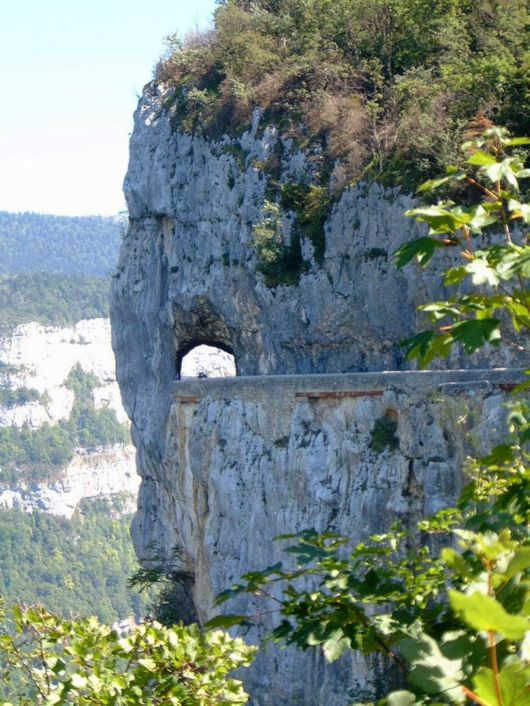 This infamous road is tightly hairpinned and bumped, an exquisite winding mountain drive with sharp and blind curves and hairpin switchbacks leading the traveler over the mountains. The road includes some steep sections, without market central lines, is very narrow, barely wide enough for 2 cars at the same time and it has not protections or guardrails. The surface of the road is asphalt, and chains or snow tyres can be required anytime. 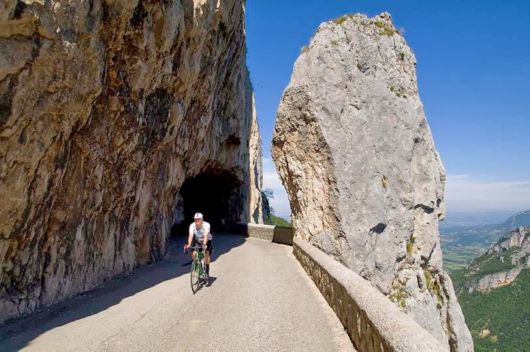 The road’s winding design, providing stunning panoramic views, is very curvy and fun for a leisurely ride, so it pays to take it slow. Exercise extreme caution when passing on-coming traffic, over-taking and around corners.his road is usually open all year, but during winter months, it can be closed when the access is not cleared of snow. In winter, avalanches and heavy snowfalls can sometimes block some sections of the road and can be extremely dangerous in winter due to frequent patches of ice. Conditions can change quickly and be harsh, particularly during winter. 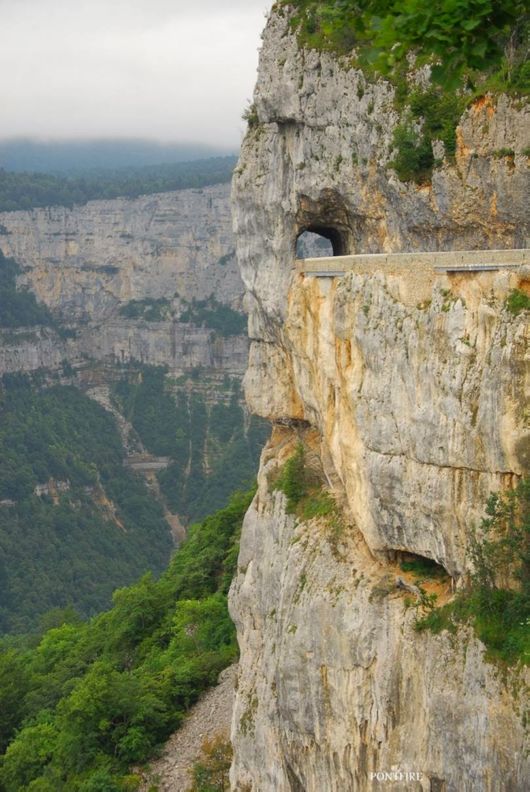 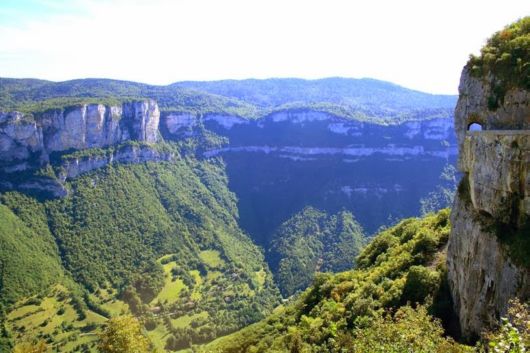 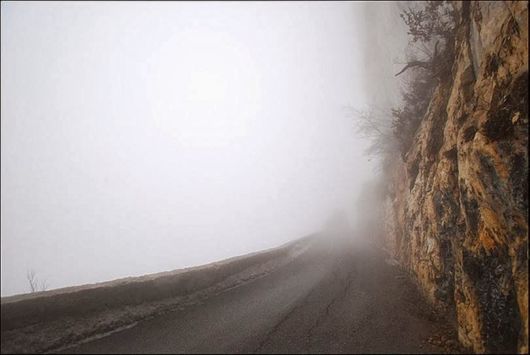 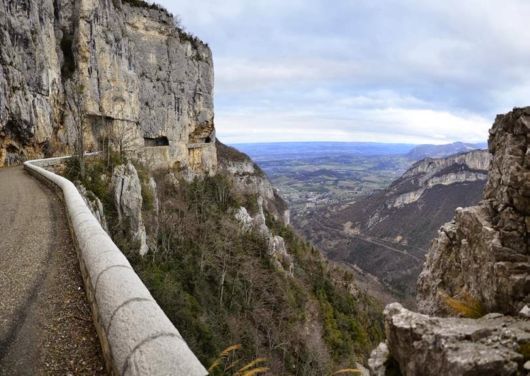 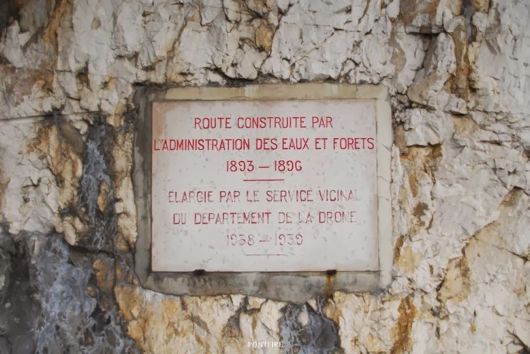