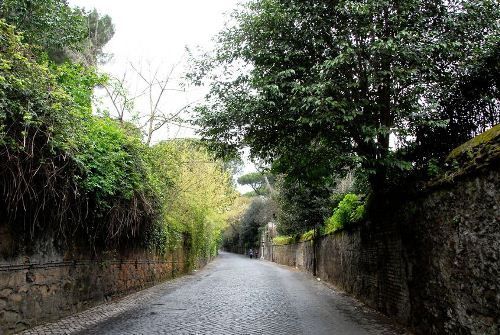 When it comes to seeing and being seen, the following streets are some of the most magnificent boulevards and avenues on the planet! Singular in so many delightful ways, these streets offer a myriad of attractions that continue to delight locals as well as visitors from around the world. If you’re planning a getaway, consider taking a holiday that includes plenty of time to explore one of these fascinating thoroughfares to discover for yourself what makes them so revered.
1. Champs Elysees, Paris, France 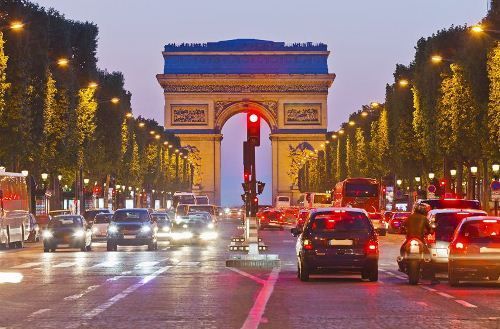 Embodying all the celebrated beauty of Paris, the Champs-Elysees is generally regarded as the grandest street on the planet. Moreover, it is also known as the most beautiful street in the world. Home to illustrious monuments like the Arc de Triomphe, the thoroughfare is also strewn with luxury shops, cafes, hotels, and boutique hotels. No visit to Paris would be complete without a stroll along the Champs-Elysees. 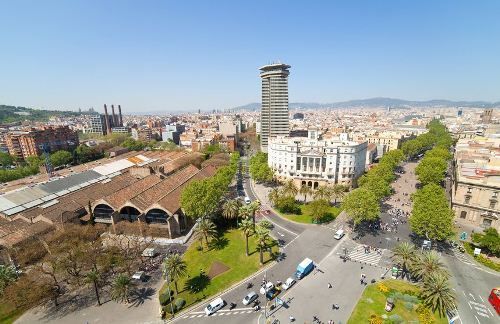 Connecting Plaça de Catalunya with Port Vell’s Christopher Columbus Monument, this central Barcelona street is like a party that never sleeps. Frequented by tourists and locals alike, La Ramblahas its own energy and symbolic beauty. Filled with cafes, bars, restaurants, shops, and street performers, it is one of the best-loved stretches in all of Europe. People who have walked the street have often lamented that it had an end as they wished it would go on and on. 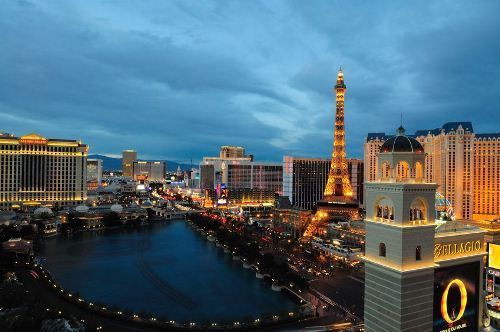 Perhaps the best lit street on the planet, the Las Vegas Strip is known world-wide for its magnificent displays of illuminated signs, luxury hotels, and, of course, casinos. Tourists come from all over the world to shop, attend shows, and people watch along this strip that has become synonymous with gambling, risk-taking, and thrill-seeking! 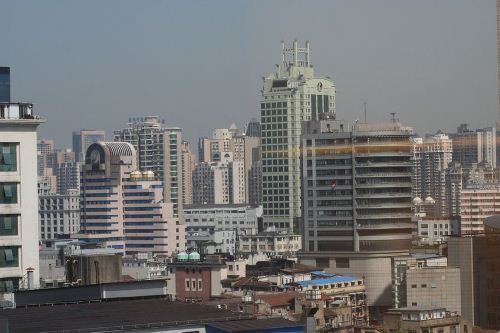 Once known as Nanking Road, today’s Nanjing Road still continues as the most famous shop and market-strewn street in all of China – perhaps even all of Asia! As the world’s longest shopping street, Nanking Road is six kilometers (nearly four miles) long and filled with everything from antiques to foodstuffs. It is also home to a staggering array of hotels and restaurants. The street is said to be visited by as many as one million people each day. 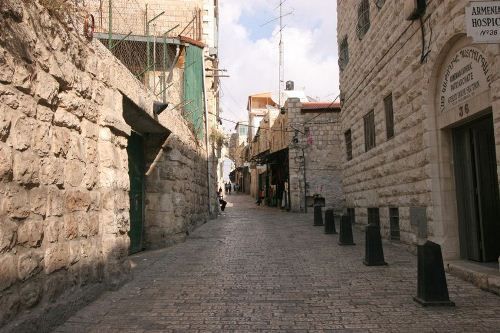 Known as the ‘way of sorrows,’ Via Dolorosa traces the route walked by Christ toward the cross where he was crucified. People come to this road from around the world to pay homage to Christ in this city that is filled with religious monuments and sites. Marked by Nine Stations of the Cross, Via Dolorosa is the site of weekly symbolic processions that lead from the Fortress of Antonia all along a route that twists and turns.
6. Nevsky Prospekt, St. Petersburg, Russia 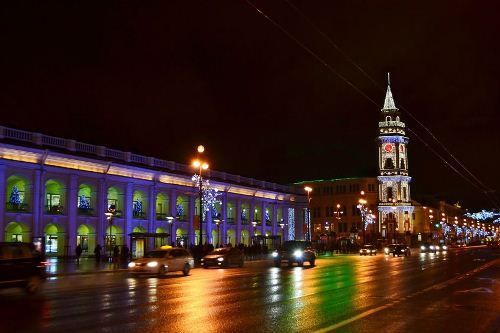 Illustriously planned by Peter the Great, this grand avenue is celebrated for its historic importance as well as its literary connections. Famously depicted in Dostoevsky’s Crime and Punishment, the thoroughfare has captivated people from all over the world as it embodies Russia’s mystery and, of course, royal grandeur so evident in this remarkable city, the one-time home of the tsars. Cathedrals, palaces, and other major architectural attractions stud this celebrated street.
7. Broadway, New York City, US 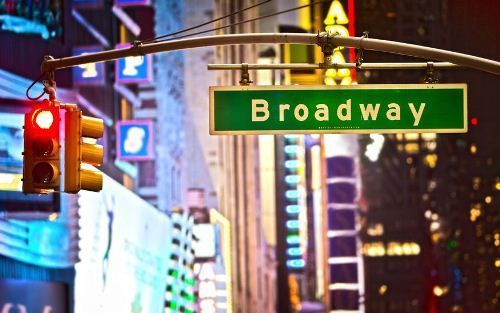 The oldest north-south street in the city, Broadway is best known as the most important theatre district in the entire nation. Moreover, the street runs along famous New York City sections like Central Park and is studded with important buildings like the Woolworth Building, Alexander Hamilton US Custom House, Morgan Stanley Building, Grand Central Hotel, and Trinity Church. No visit to this city is complete without a stroll down Broadway! 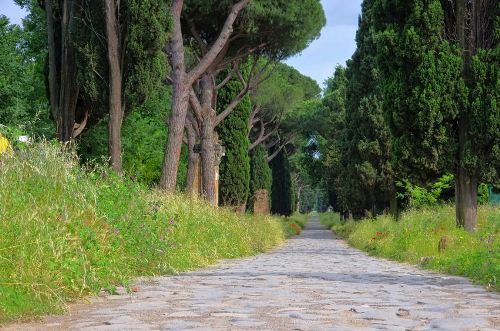 Among the earliest Roman roads, it remains one of the most famous roads today. There is a section of the Via Appia used in Rome today for busy traffic, yet much of this road that leads out of the city is in ruins. Even so, these ruins and the archeological sites along the road attract people from all over the world. To walk part of the Via Appia or Appian Way as it is often called is a memorable event one is never likely to forget. Moreover, the quality of Roman construction is evident in this road’s classical design. 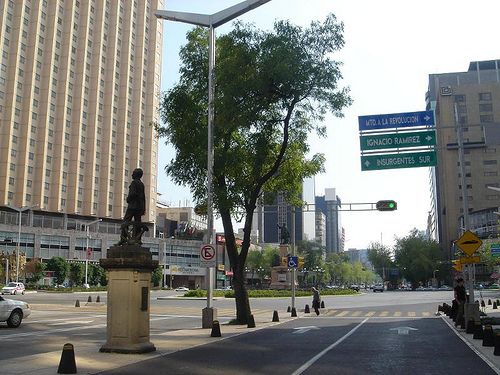 One of the most famous streets in the western hemisphere, Paseo de la Reforma is well-known throughout the world. Modeled after Europe’s grand boulevards, Mexico City’s major thoroughfare is home to the nation’s National Palace as well as renowned landmarks like El Angel de la Independencia and others that honor heroes of Mexico and the Americas. Studded with luxury hotels and tourist attractions, this is a must-visit street when traveling to Mexico City. 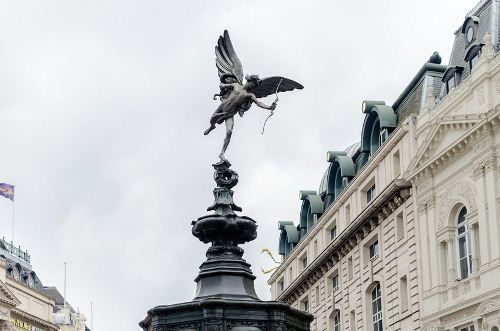 This stretch of road, better described as a junction, is one of the most well-known places in London. Popular among visitors to the UK, Piccadilly Circus is home to nightclubs, theatres, and memorials that are known throughout the world. Filled with illuminated signs and throngs of people, this thoroughfare is one of the most recognized stretches of asphalt world-wide. With so many attractions, it’s easy to see why visitors can’t wait to board London’s double-decker buses to visit this part of town!

A trip down any one of these streets would be magnificent, but if you are lucky enough to see them all so much the better! Each one is wonderful in its own unique way.