Without the cage you wouldn’t stand a chance swimming with a massive saltwater crocodile. But for brave punters who still want to get cozy with a feisty croc, a new Australian tourist attraction is offering the chance for a close encounter in the safety of a clear acrylic box dubbed the ‘cage of death.’

Just 4cm of acrylic, a pair of goggles and a swimsuit, separate thrill seekers from the jaws of Choppa, a saltwater crocodile. The cage has no bars, unlike cages used in shark dives, which prevent the reptiles from gripping on, but deep tooth scratches are visible on the sides, deterring some hesitant participants. Top End tourists climb into the clear box before being lowered into Choppa’s lair. They then spend 15 minutes inside the 9ft high cage and watch Choppa, who lost both front feet while fighting other crocodiles, try to take a bite out of them.

The attraction at Crocosaurus Cove, in the heart of the city of Darwin in the Northern Territory, has been given high marks by adrenaline junkies.

Norway has absolutely beautiful landscapes, including crazy cliffs that call to people to climb them and then BASE jump off the top. Here’s a look at some of those incredible cliffs, as well as some insanely dangerous switchback roads to get to them in Norway. Thrill seekers, photographers, hikers and climbers take in these majestic views of nature. And then, there’s BASE jumpers who have a much more extreme need for adrenaline. Charles Lindbergh once said of his adrenaline rush, ?It is the greatest shot of adrenaline to be doing what you have wanted to do so badly. You almost feel like you could fly without the plane.? Here in Norway, as if they’ve turned into Superman, some adrenaline junkies do fly without a plane.

Taller than Niagara Falls and twice as wide, the Iguazu cataracts are one of the most impressive sites that you will ever see in your travels around the world. 275 waterfalls cascade through the Argentine and Brazilian parks and once you see the Devil’s Throat you won’t regret the trip.

For 15 USD you can take an Iguazu boat ride that will allow you to thumb your nose at the visitors in both countries, as you motor right into the fury of the monstruous falls. Not only will you get absolutely soaked and feel, up close, the power of the falls, but you also get bragging rights, because no matter how you phrase it, the fact that you took a small boat and motored into the dump zone to receive a sheet of water from some of the biggest falls in the world, is undeniably sweet.

Note: In 2011, two US tourists were killed and five people were injured when one of the boats overturned. Seven tourists from the US, Germany and Colombia were sightseeing at Iguazu Falls in northern Argentina with a crew of three when their boat hit rocks and flipped over. 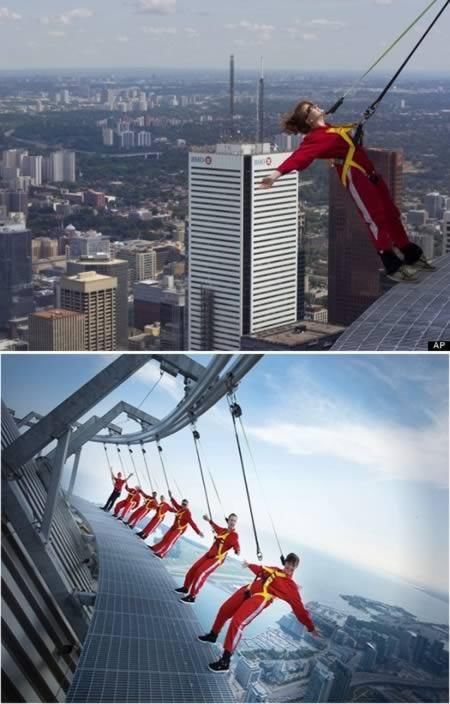 The CN Tower holds a Guinness World Record for its EdgeWalk attraction ? the highest external walk on a building. The attraction allows people to walk hands free along a 1.5-metre-wide ledge that surrounds the top of the tower’s main pod.

Walkers who venture out in groups of six are secured with a harness during their 150-metre stroll. The walk opened to the public on Aug. 1 2011 and officials say it has attracted thrill seekers from age 13 to 90. 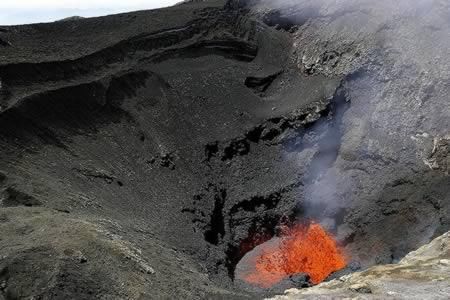 If throwing yourself off a platform with nothing but a bouncy cord tied to your feet is a bit too lame for you, then you’re a candidate for the wildest bungee jump we’ve ever heard of: the Volcano Bungee near Pucón, Chile. Basically you get flown up to an active volcano–yes, we mean a bubbly, smokin’ volcano–and then you have to bungee jump off the helicopter into the caldera towards the molten lava. Are these people insane?

Anyone thinking that throwing themselves into a volcano sounds fun also needs to be fairly well off. You can do this bungee jump as part of a six-day package for $9,995, including accommodations and other (slightly less crazy) activities.

Adrenaline junkies have been flocking to southern Spain to experience the 110-year-old El Caminito Del Rey. And you don’t need to be an experienced climber either; the only requirements are that walkers should be at least twelve years old and have a good head for heights. The trail, also known as the King’s Pathway, was originally built in 1905 for workers to travel between two hydroelectric power plants but was closed-off in 2000 after two walkers fell to their deaths. 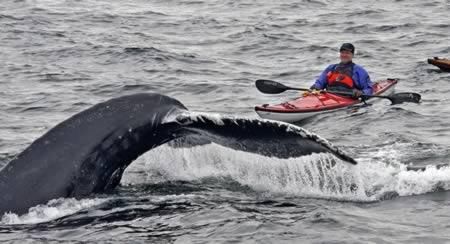 While combining canoeing with bird watching or fishing is certainly a reason some people paddle, it is becoming increasingly popular to kayak and paddleboard in search of bigger more elusive life. The rise of the internet, which has publicized these encounters between kayakers and paddleboarders with sharks and whales, is adding to the allure of this endeavor.

While Alaskan sea kayakers have long owned the rights to cool photos of themselves in kayaks with breathtaking panoramas in the background and whale tales in the foreground, this phenomenon is increasing with greater frequency in other parts of the U.S. and the world. What is cooler after all than kayaking with a whale? It is almost becoming predictable as to when kayakers will be able to share in this experience, as whale experts are increasingly able to predict the feeding patterns of these truly beautiful marine mammals. While it is quite uncommon for whales to do any damage to humans, it is not out of the question. Their sheer size and weight make an encounter with these gentle giants a dangerous proposition. 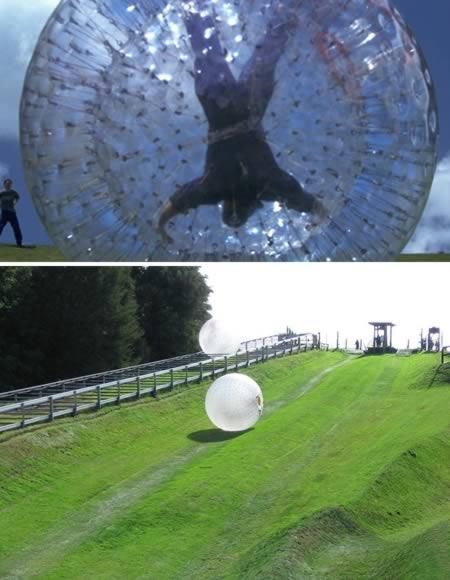 This is an extreme sport which allows adrenaline junkies to roll down a hill in a giant inflatable ball. Adventure company Have You Got The Ball Ltd from Bryn Coch Farm, Whitford, near Holywell, offers an experience called sphereing, also known as zorbing.

Zorbing is generally performed on a gentle slope, but can also be done on a level surface, permitting more rider control. In the absence of hills some operators have constructed inflatable, wooden or metal ramps.

NOTE: Zorbing was first established in Rotorua New Zealand and has since branched off into different countries like Wales.