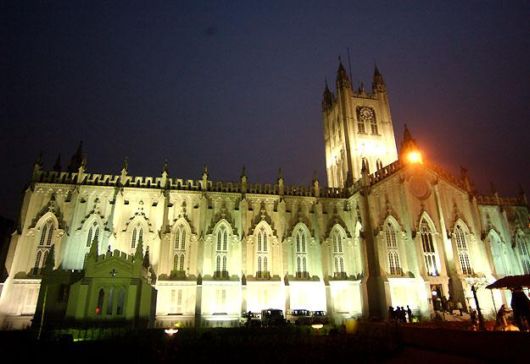 The large St. Paul´s Cathedral is one of the oldest churches in India . 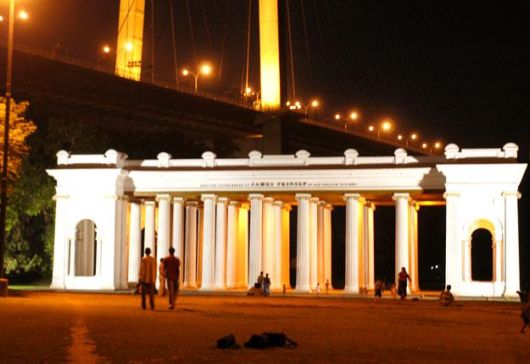 The white façade of the heritage building at Princep Ghat looks impressive against the backdrop of the Vidyasagar Setu. 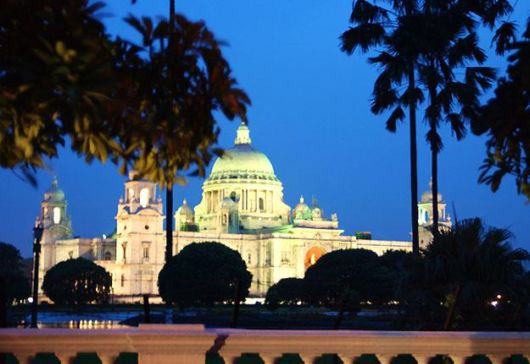 The play of lights on the marble structure of the Victoria Memorial makes the monument perfect for photographs by evening. 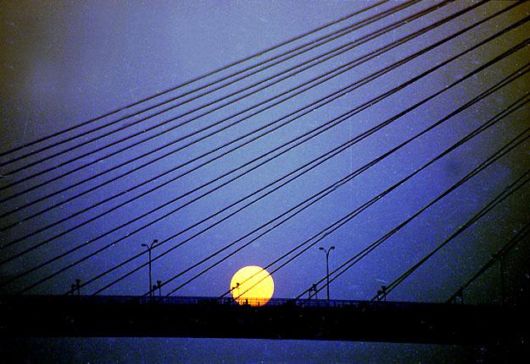 The sun sets over the Vidyasagar Setu. 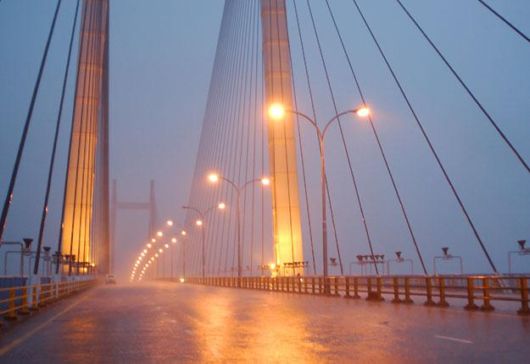 The daily grind gets to you sometimes, but driving over the Vidyasagar Setu at night can be a great de-stressor. 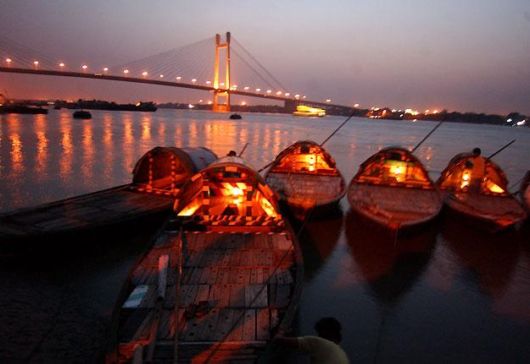 Boats on the river Hooghly turn towards the spectacular view of the illuminated Vidyasagar Setu against an evening sky. 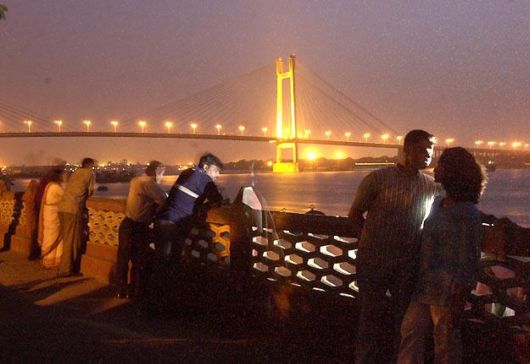 A popular tourist destination on the river Hooghly , Prinsep Ghat is famous for its splendid sunsets.

People, taxis, and private cars throng the area outside Howrah Station. Here is a typical scene outside the station. 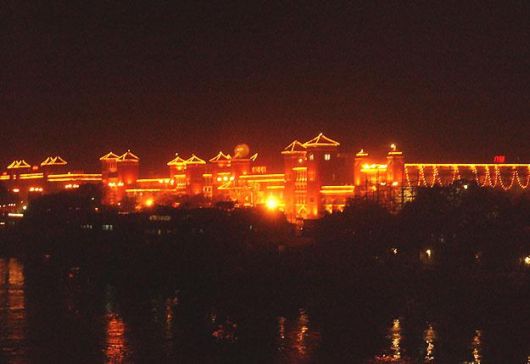 Here is a view of the Howrah Station by night. The red façade and the bright lights give the railway station a grand appeal. 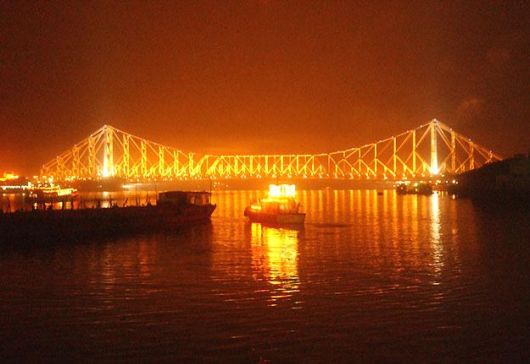 The illuminated Howrah Bridge adds a bejewelled look to the river Hooghly flowing silently under it.On the must-visit list 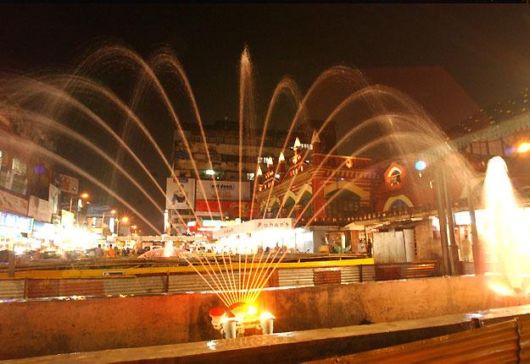 The illuminated fountain at New Market adds to the colour and vibrancy of this shopping zone. 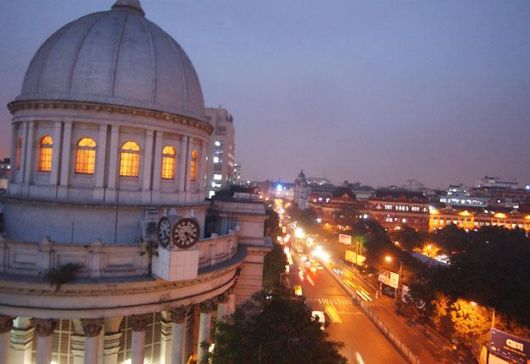 Located at B.B.D. Bagh, the General Post Office building is famous for its landmark clock. Lit up by evening

A trip to Fort William 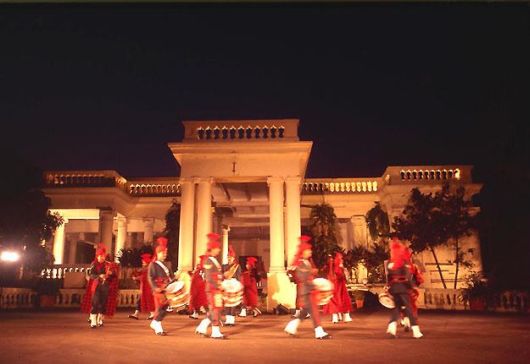 Here is the picturesque Fort William , once a symbol of the British Raj. 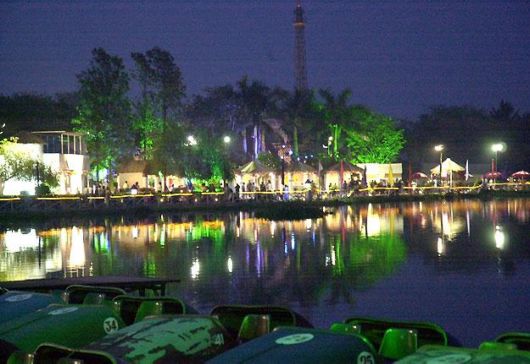 In the evening, the waters of the Nalban Boating Complex resemble a clear, star-studded sky. 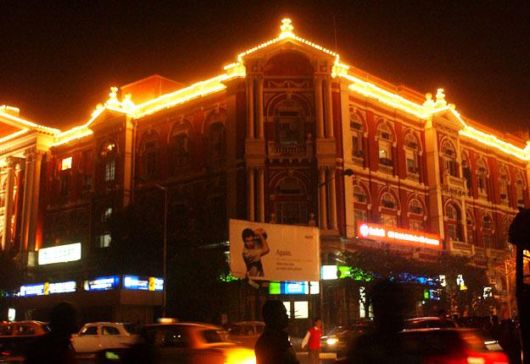 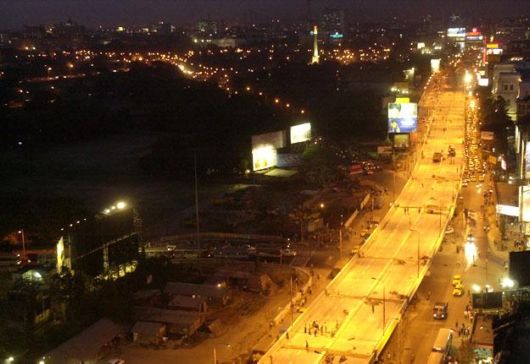 The Park Street flyover, illuminated in all its glory. 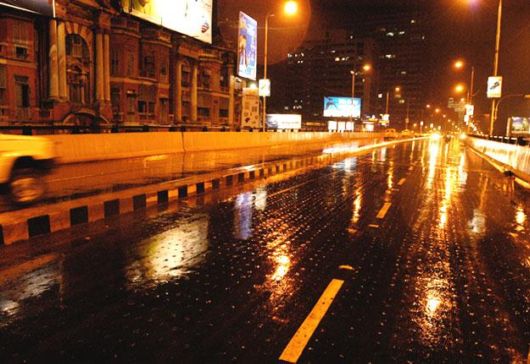 Here is look at the Park Street flyover on a rainy night. 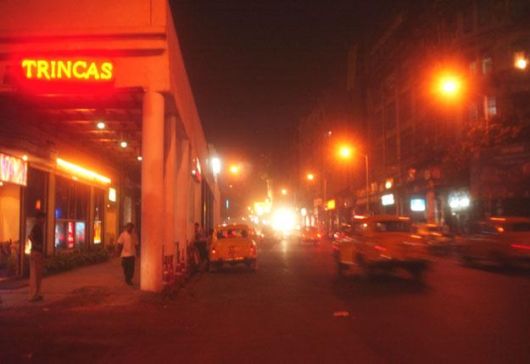 The flashy board for Trincas captures the attention of people walking down Park Street .

At the Red Mill 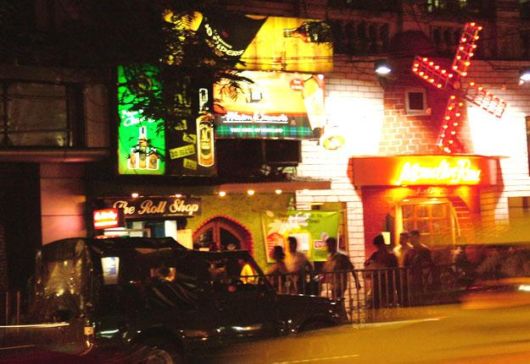 ‘Moulin Rouge’ is French for ‘Red Windmill’. This multi-cuisine restaurant on Park Street is popular for its delicious fare.

A breath of fresh air 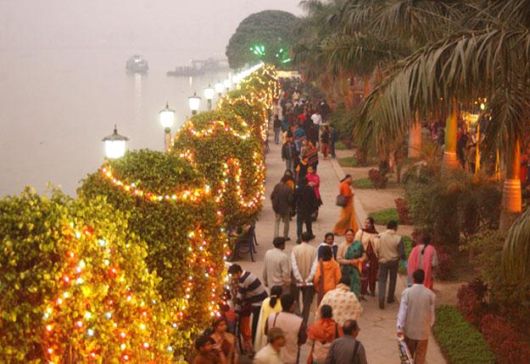 The stars look down 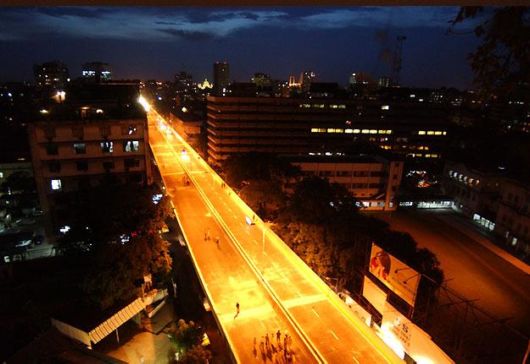 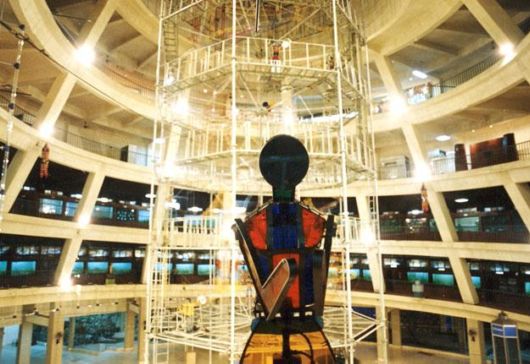 The Science City in Kolkata boasts of the Dynamotion. There is none other like it in all of Asia . 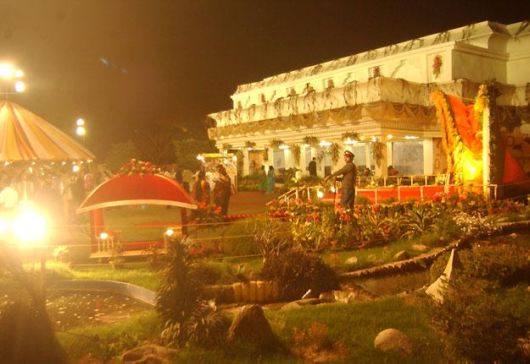 It used to be a garbage dump but has undergone a complete transformation. Presenting the swank P.C. Chandra Park on the E.M. Bypass. 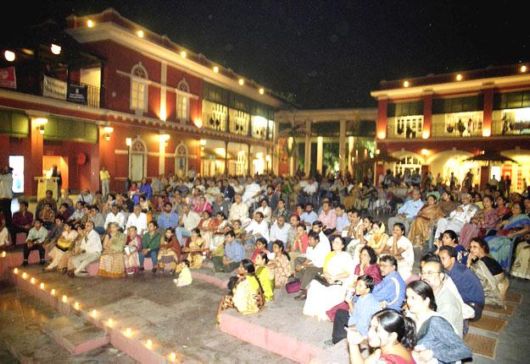 Located on the Eastern Metropolitan Bypass is Swabhumi, a heritage plaza. 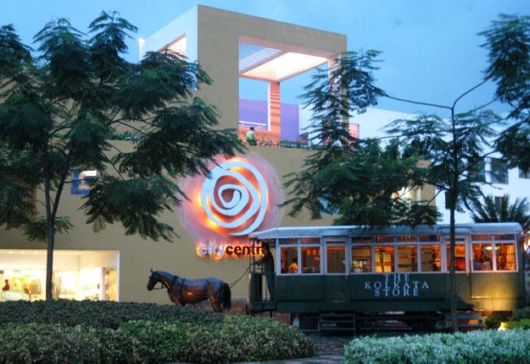 City Center is a place to shop, snack, and take time off from the daily grind. Here’s a view of it from the outside. 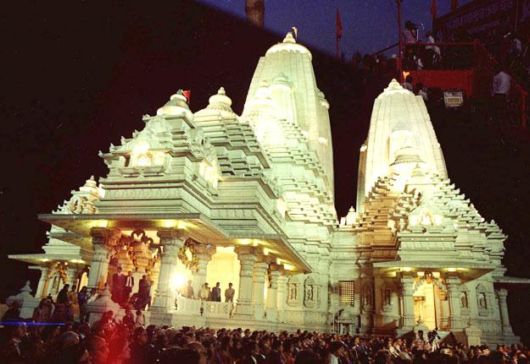 Home to the steel tycoon 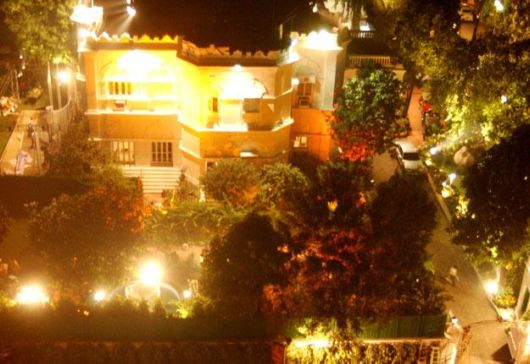 This is the mansion-like Kolkata’s Alipore area is home to the wealthy. Here is a view of the sprawling Mittal House belonging to the Maharajah of Steel, Lakshmi Mittal.

In 1810, John Elliot, Kolkata’s police commissioner took on the task of beautifying the Maidan. Elliot Park was named after him. Here, Elliot Park is lit up for the evening.