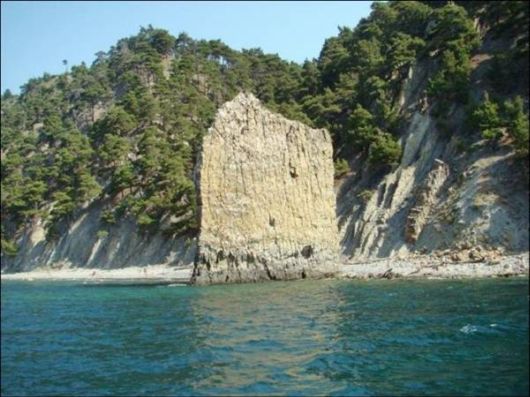 Sail Rock, or Parus Rock, is a natural sandstone monolith of late Cretaceous age located on the shore of the Black Sea, in Krasnodar Krai, Russia. It resembles the outline of a ship’s sail, hence its name. 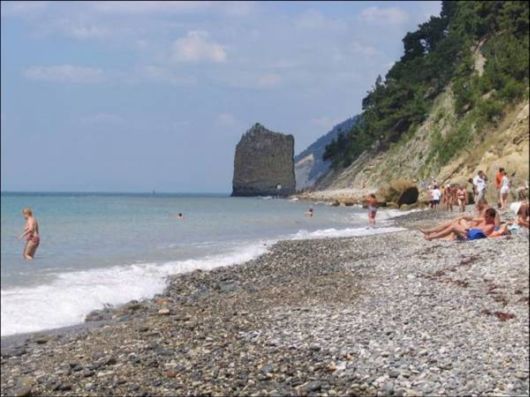 The monolith lies 17 km to the southeast of Gelendzhik, near the village of Praskoveyevka (which is about 500 meters from the coast) and the farmstead of Dzhankhot (approximately twice that distance from the coast). Sail Rock has a sheer vertical slope confronting the shore of sea, isolated from the mass of basic rock by geological forces. It is more than three-fourths revealed by the tide and lies perpendicular to the coast. What is most remarkable about this landmark is its proportions. While the cliff is only a little more than a meter thick, its height is about 25 meters and its length about 20. Thus, the form of the cliff is described as resembling the outline of a quadrangular sail. 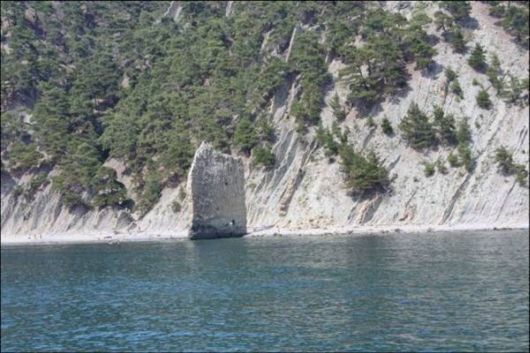 An opening of unclear origin is located in the sail, approximatively 2.5 meters above the ground. Many guides state that the formation was a defense against mountain artillery during the Caucasian War. However, this version of the origin of the opening is under some doubt. In 1903, S. Vasyukov, who was investigating the Black Sea coast, wrote after the inspection of the cliff that it was "[..] shot from a battleship by seamen, they released 4 projectiles, but the wall remained firm, although the traces are noticeable, but they nowhere opened the rock. 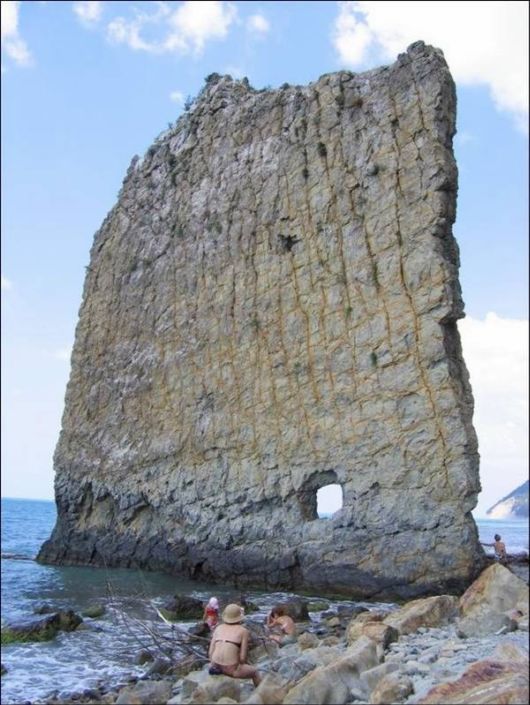