The Pilatusbahn railway in Switzerland connects Alpnachstad on Lake Lucerne, to a terminus near the summit of Mount Pilatusbahn at an altitude of 2,073 meter. The track climbs a slope of more than 1,600 meters in just 4.6 km, making it the steepest track railway in the world. It has an average gradient of 38% and a maximum of 48% – steeper than the steepest street in the world.

The project to build the line was proposed in 1873, suggesting a 1,435 mm standard gauge and 25% maximal gradient. However it was concluded that the project would not be economically viable. Then Eduard Locher, an engineer with great practical experience, devised a unique system with the maximal grade raised to 48% to cut the length of the route in half. Conventional systems at the time could not handle such gradients because the vertical cogwheel that is pressed to the rack from above may, under higher gradients, jump out of the engagement with the rack, eliminating the train?s main driving and braking power. Instead, Locher placed a horizontal double rack between the two rails with the rack teeth facing each side. This was engaged by two cogwheels carried on vertical shafts under the car. 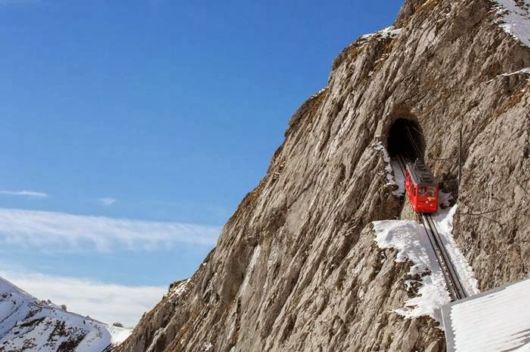 It runs at an angle of 48º
This design eliminated the possibility of the cogwheels climbing out of the rack, and additionally prevented the car from toppling over, even under the severe cross winds common in the area. The system was also capable of guiding the car without the need for flanges on the wheels. Indeed, the first cars on Pilatus had no flanges on running wheels but they were later added to allow cars to be moved through tracks without rack rails during maintenance. The line was opened using steam traction on 4 June 1889 and was electrified on 15 May 1937, using an overhead electric supply of 1550 V DC. 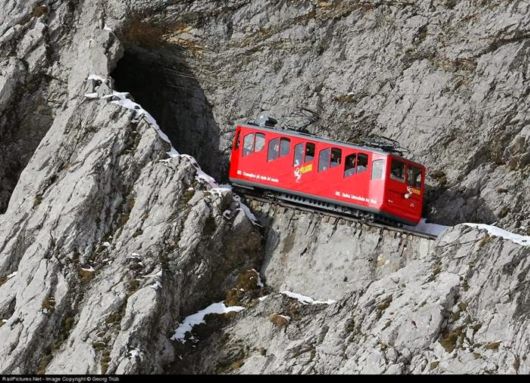 The original 32-passenger steam cars averaged 3 to 4 kilometers per hour and took over an hour to reach the summit. Today’s 40-passenger electric cars run at 9 km/h and make the trip in about half an hour. The line still uses the original rack rails that are now over 100 years old. While they have worn down, it was discovered that this can be fixed by simply turning the rails over, providing a new wearing surface that would be sufficient for the next century as well. 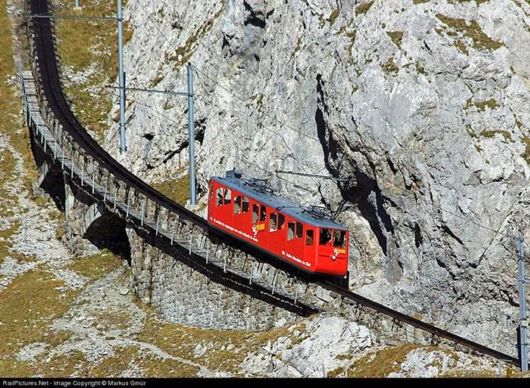 The route operates between May and November, when the cog railway is not buried by snow, with trains departing every 45 minutes during the day. In winter, access to Mount Pilatus is possible via cable car.’ 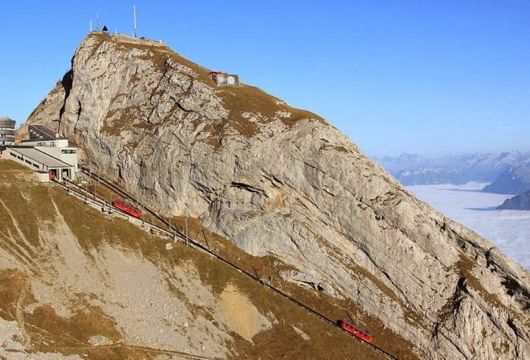 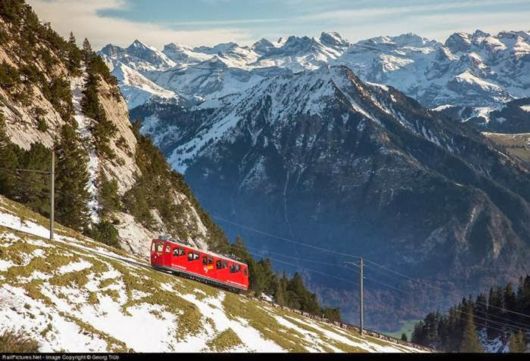 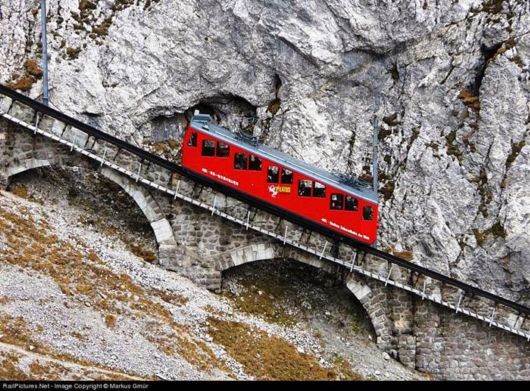 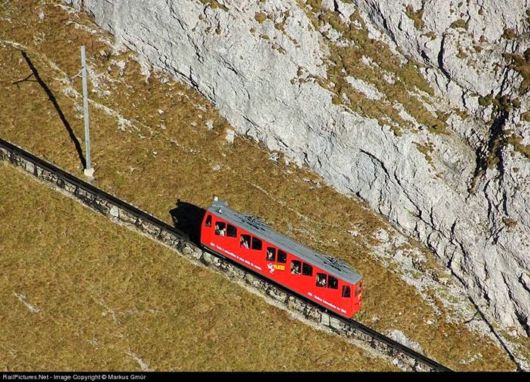 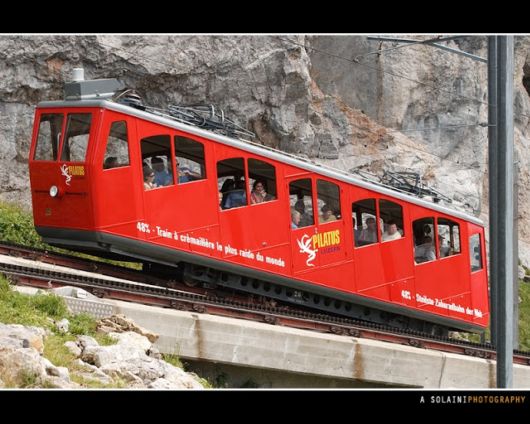 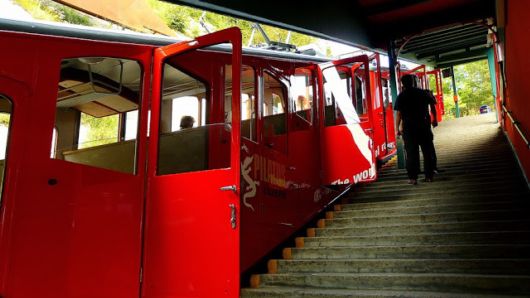 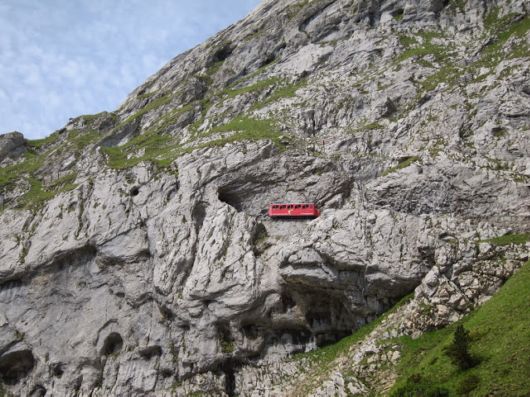