Prasad is offered in Hindu temples as holy and divine gifts from the gods that are seen as blessings and something that one must not refuse. These types of prasads are so interesting that refusing them would be silly.

Mahaprasada are offerings of food to Jagannath and his siblings who are worshipped in the temple. These offerings are made 6 times a day and are simple because the food is cooked in earthen pots over a fire. The food is first offered to the deities and is then served to worshippers who come to the temple seeking blessings. The mahaprasada is served on a banana leaf and can contain up to 56 food items. 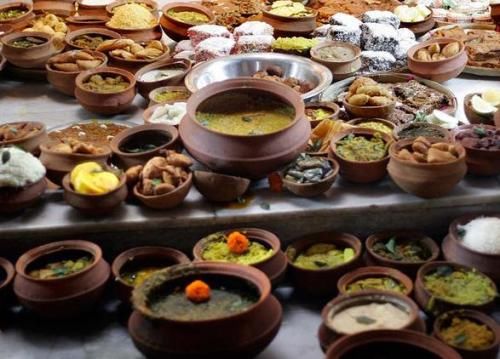 2. Sri Venkateshwara Temple, Tirupati
The Tirupati laddoo is renowned as it is not available anywhere else is India as it has a geographical copyright and a distinct flavour. The laddoos are available in 2 sizes. It takes up to one tonne of besan flour, 10 tonnes of sugar, 700 kg of cashew nuts, 150 kg of cardamom, 300 to 500 litres of ghee, 500 kg of sugar candy and 540 kg of raisins on a daily basis to prepare this gift from the gods. The recipe to making it is more than 300 years old. 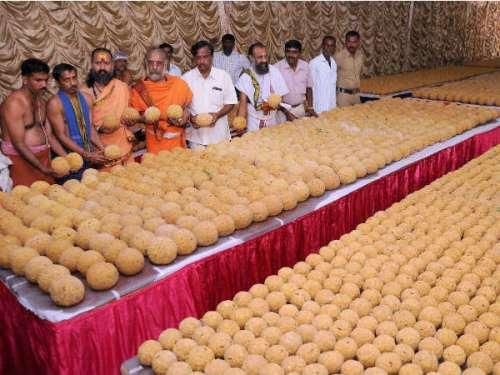 3. Mahadeva Temple, Thrissur, Kerala
This Shiva temple on the campus of the National Heritage Centre in the village of Mazhuvanchery distributes educational textbooks, CDs, writing material and brochures as prasadam. The temple trust believes education and literacy is the best blessing from God. We completely agree with them. Kudos!

4. Mata Vaishno Devi, Katra, Jammu & Kashmir
Vaishno Devi receives several devotees every year and their prasad might be one of the reasons why. The prasad is enclosed in a plastic packet and contains a mixture of moori (puffed rice), shredded coconut, sugar balls, and pieces of dried apple. The prasad can always be delivered via speed post. 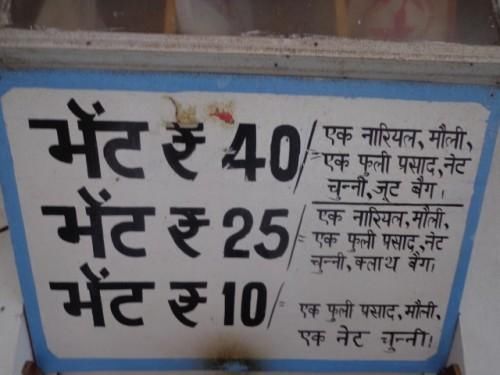 5. Azhagar Kovil, Tamil Nadu
This temple is situated 21 km from Madurai. Many farmers in the area bring grains such rice and pulses to the temple as offerings which are then made into crispy dosas as prasadam.

6. Khabees Baba Temple, Uttar Pradesh
Khabees Baba was a local saint in the Sitapur district who died while worshipping Shiva. He was known to have healing powers and a fondness for fine liquor. There are no priests in this temple nor is there any deity. Two slipper shaped structures in the temple symbolise the feet of the Baba over which devotees pour the liquor. Some of the drip off is collected and offered to devotees as prasad. Do remember not to obstruct the ritual pouring of the liquor with your face. 😉 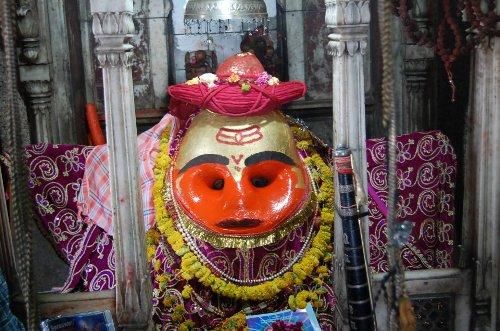 7. Sree Krishna Temple, Amblapuzha, Kerala
The prasad at this temple is a simple rice pudding or palpayasam. The flavour of the payasam is very unique and the recipe has been a secret guarded within the temple for generations. 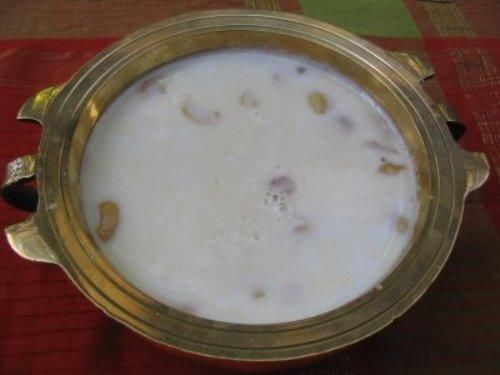 8. Dhandayuthapani Swami Temple, Tamil Nadu
The temple dedicated to Murugan is located in the Palani hills of the southern state. The prasad there is considered to be the oldest form of jam as it is made of five fruits, sugar candy and jaggery. It was previously made by hand but now it is all machine made. 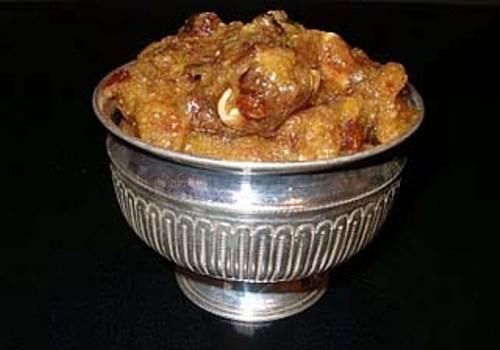 9. Ganpatipule Temple, Maharashtra
This temple dedicated to Ganesha offers prasad that’s fit for a king. Khichdi, pickle and boondi which are simple and filling. The evening bhog is even better as it consists of masala rice and pickle. 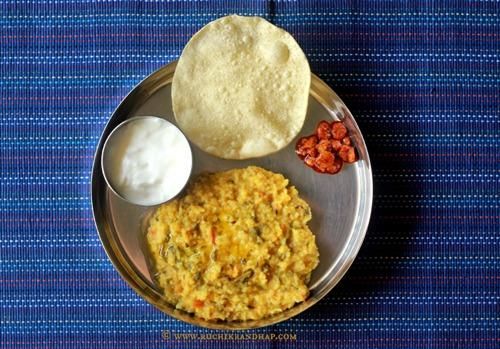 This temple in Nathdwara, Rajasthan, is devoted to the deity Shrinath where prasad is mathadi, a type of deep fried pastry, which is then dipped into a well of sugar syrup. ‘Thor’, a savoury variety is available for those who don’t have a sweet tooth. 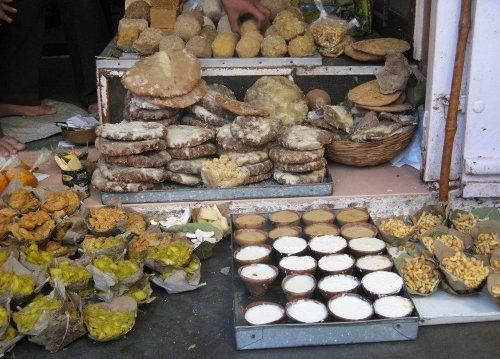 11. Sammed Shikharji Temple, Jharkhand
One of the most holy places for Jain pilgrims, devotees have to make a 21 km climb to a mountain peak where 24 Tirthankaras obtained moksha through meditation. The doliwallahs (palaquin carriers) committee offers a refreshing drink of jaggery, water, honey and spices that is brewed together called kadha to help tired pilgrims regain their energy. 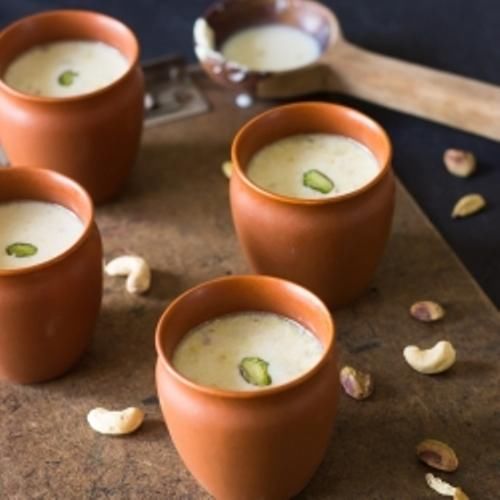