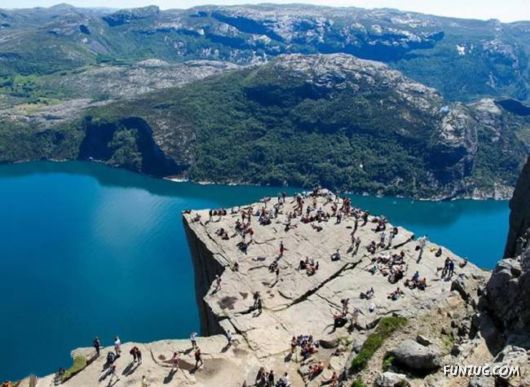 Preikestolen or Prekestolen, also known by the English translations of Preacher’s Pulpit or Pulpit Rock, and by the old local name Hyvlatonnå (?the carpenter-plane?s blade?), is a massive cliff 604 metres (1982 feet) above Lysefjorden, opposite the Kjerag plateau, in Forsand, Ryfylke, Norway. The top of the cliff is approximately 25 by 25 metres (82 by 82 feet), almost flat, and is a famous tourist attraction in Norway.

The tourism at the site has been increasing, around 2012, the plateau was each year visited by between 150,000 and 200,000 people who took the 3.8 km (2.4 mi.) hike to Preikestolen, making it one of the most visited natural tourist attractions in Norway. 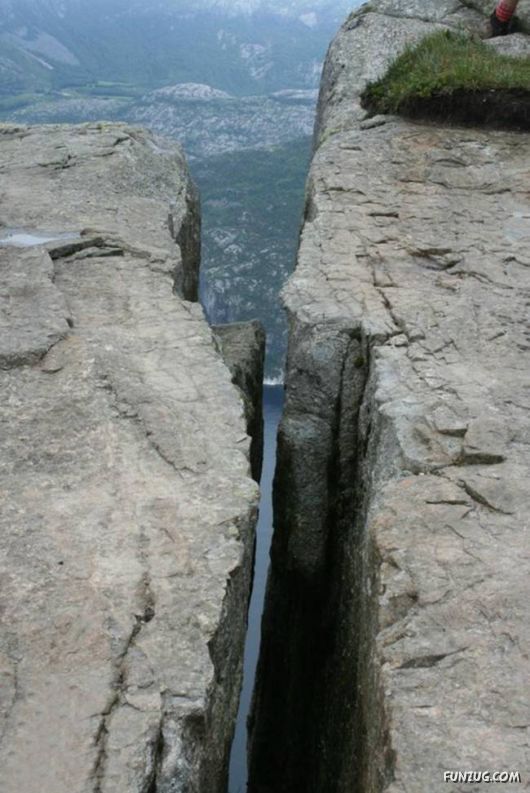 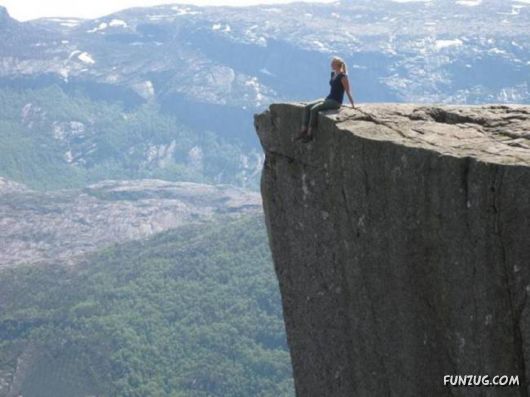 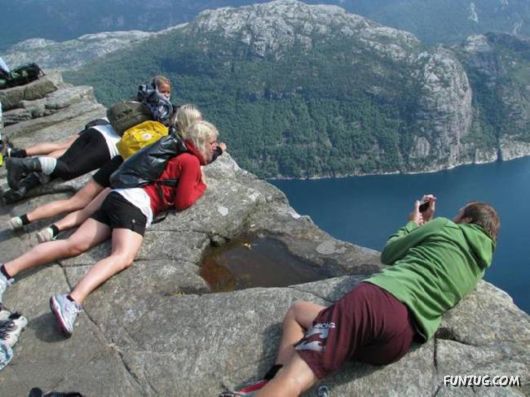 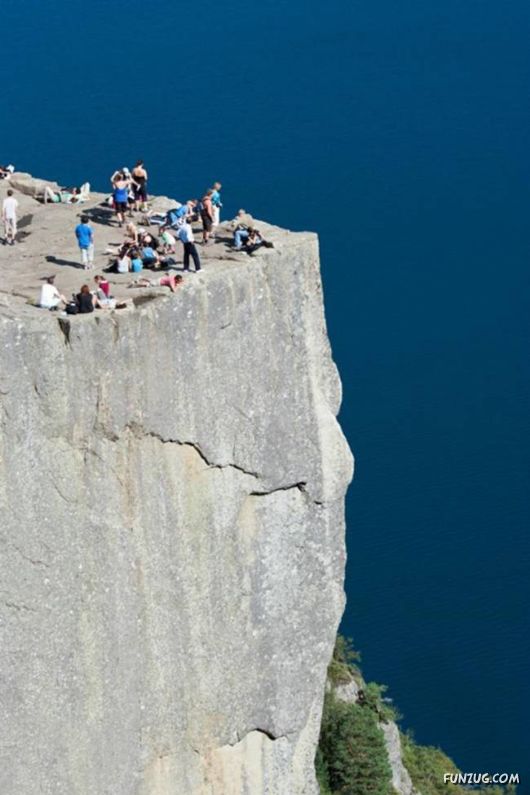 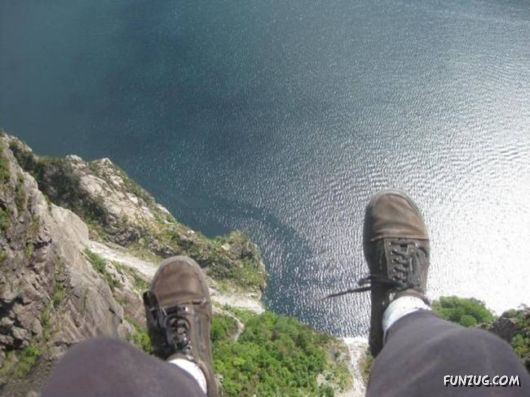 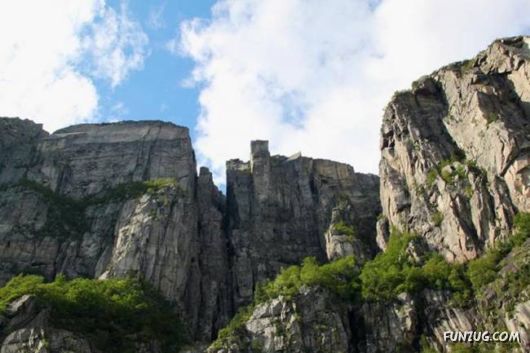 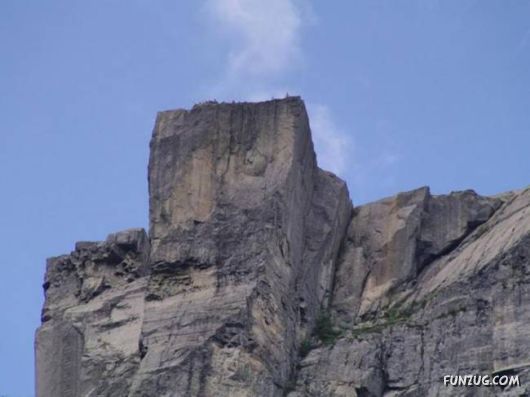 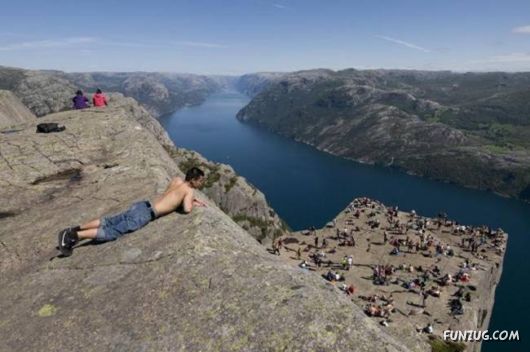 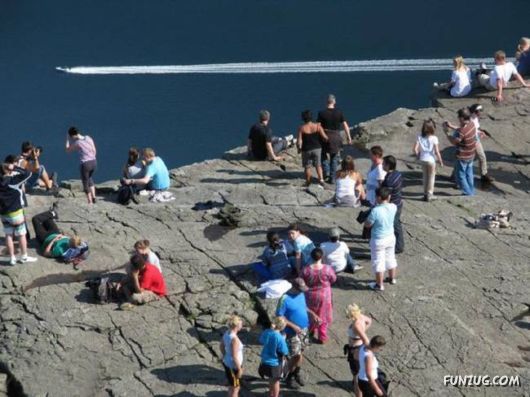 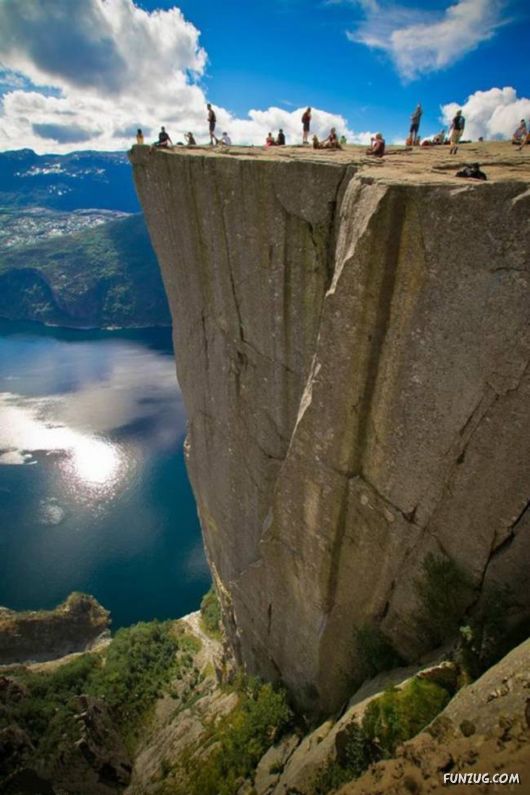 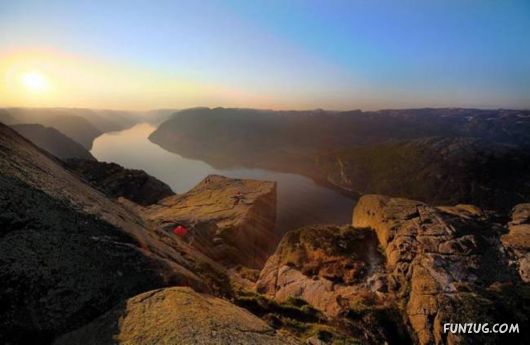 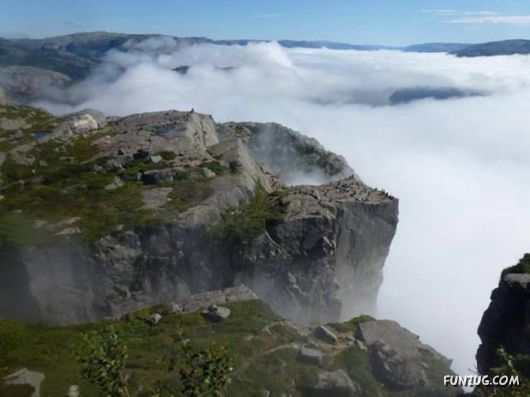