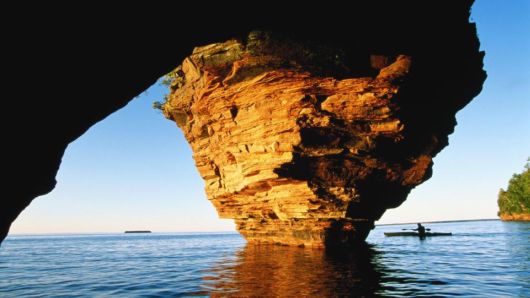 Wisconsin?s ever-changing sea caves Most of the world?s wonders are well trodden, but a few under-the-radar gems remain scattered across the globe. We chose our favourite among the more than 160 amazing places that people may have never heard of, debated on the question-and-answer community Quora.com.

Located on the largest lake in the US, the Apostle Islands are also known as the Jewels of Lake Superior. The connected sea caves, formed by waves crashing against the sandstone cliffs and eroding the space underneath the cliff faces, are located on Devil?s Island, Sand Island and the lakeshore mainland. They offer a remarkable expedition without the crowds found in the country?s better-known national parks.

Jason Nelser, who hails from Minnesota ? the land of 10,000 lakes ? kayaked in and out of the caves? delicate arches and vaulted cavities during summer, but he also suggested checking them out in winter, when the caves take on a completely different look as the stalactites crystallise and icicles provide an ever-changing interior. Since Lake Superior freezes near the caves, people can take hike for two miles over the ice to walk within the mainland caves, while kayakers can still make the journey to the other island caves from the edge of the ice on calm water days.. 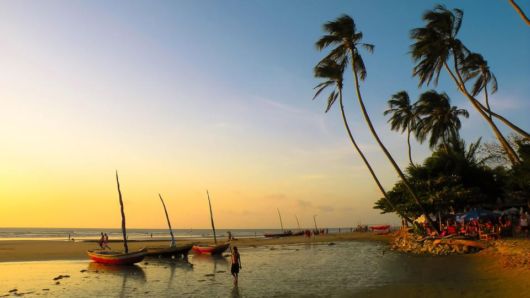 A tropical paradise on Brazil?s northern coast Desert sand dunes meet crystal blue lagoons in Jericoacoara, a small fishing village located more than 300km west of Fortaleza. Better known in wind and kite surfing circles, Parisian Victor Matei described the isolated hamlet spot as a place where ?time disappeared?, saying that it was the most beautiful setting he?d ever visited.

The combination of surreal landscapes, tropical paradises and Brazilian culture give the place a ?magical feeling?, Matei said. It is a prime example of just how special lesser-known locales can be. 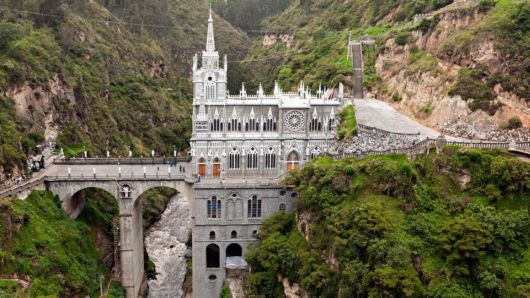 A sky-high Colombian sanctuary In the town of Ipiales, Colombia, near the southern border with Ecuador, a Gothic cathedral called Las Lajas Sanctuary floats 100m above a gorge in the Guáitara River. ?It looks like it was dropped into the middle of a cloud forest in the Andes,? said Bostonian Nataly Kelly. ?It is one of the most unexpectedly beautiful places I have ever seen.?
In the 18th Century, the Virgin Mary is said to have appeared on the stone gorge wall and cured a young girl and an older man of blindness. Today, that holy wall forms the back of the cathedral, where people still make the pilgrimage to pray for healing and take in the incredible vista. 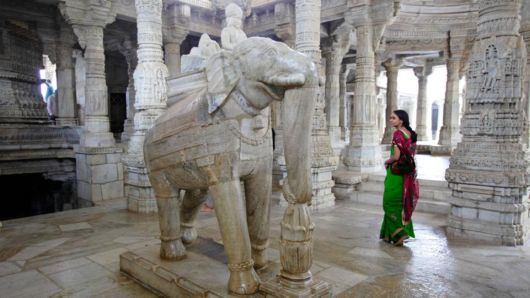 The white marble temple of Rajasthan Mikhael Belanger, a self-described ?hardcore backpacker?, offered up the Ranakpur Temple in northwestern India, one of the largest Jain temples in the world. ?The exterior is gorgeous,? he said. ?But the interior is jaw-dropping insane.? Built entirely out of white marble, the temple contains more than 1,000 pillars, all intricately carved with geometric patterns and motifs.

The holy site can be found approximately 90km south of the city of Udaipur, and the real showstopper lies in its heart: ?It contains four statues that will give you goosebumps,? Belanger said. Of particular note are the statues of an elephant and one of 108 snakes, all carved from a single piece of marble. Though you can find pictures online, photography at the temple is forbidden, making the journey even more worth the detour from the established tourist track. 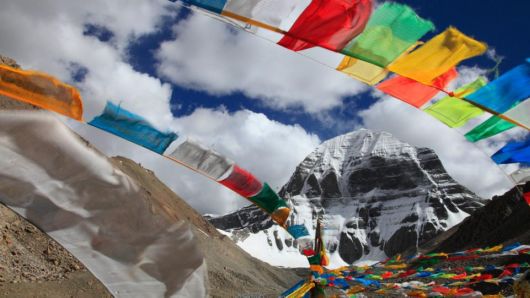 A mythical mountain in Tibet Though Mt Kailas is well known among Eastern cultures, the 6,660m peak remains mostly a mystery to Western travellers who often overlook the mountain in favour of summiting the more well-known giants Everest and K2. The peak is thought to be a seat of the gods, and its location near the source of Asia?s major rivers ? including the Indus, the Brahmaputra and tributaries of the Ganges ? makes it a sacred destination for Hindus, Buddhists, Jains and Bon followers.

?One of the greatest adventures I’ve ever had was circumambulating this mountain with a whole parade of pilgrims,? said Tyler Baker of San Francisco. ?We’d eat and drink together at some of the tea houses along the route.?
Many people do the 52km kora, or the sacred path around the mountain, in a day. For Baker, who was un-acclimated to the high altitude, it took three days. ?The amazing views warranted me to walk slower anyway, so I could soak up the surroundings,? he said. 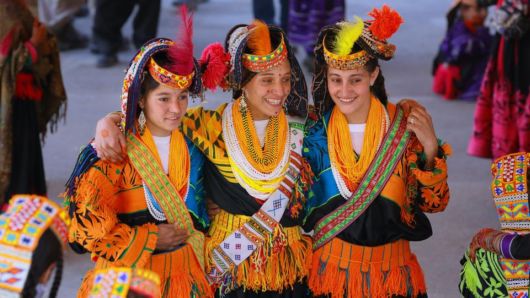 A mysterious valley in Pakistan Khawar Mahmood from Sri Lanka urged travellers to visit northern Pakistan?s Kalash Valley, where the ancestry of the local Kalash people is shrouded in mystery, especially because their polytheistic religion and Mediterranean features are so different from the other ethnic groups living nearby. ?A legend says that five soldiers of the legions of Alexander the Great settled in Chitral [the northernmost district in Pakistan], and are the progenitors of the Kalash,? he said.

The mountain road to Kalash is not one easily traversed, and Mahmood posted a video to prove it, but the treacherous drive is rewarded upon entering the valley with its lush fields . ?Someone rightly said that this is the land where fairies dance,? Mahmood said. 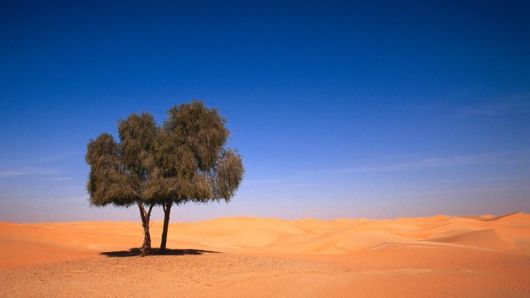 The Empty Quarter of Abu Dhabi The emptiness of this region ? the largest sand desert in the world stretching across Saudi Arabia, Yemen, Oman and the United Arab Emirates ? was part of what attracted Quora user Elizabeth G Fagan to visit the UAE?s part of the desert. ?I saw a video of it on YouTube and could not believe it was a real place. Something about it just sang to me, stirred my soul. I had to go there,? she said. ?It was more mind-blowing than I even imagined.?

In spite of its name, the Empty Quarter has a few camel farms, which breed the animals for travel and racing. Qasr al Sarab, the only resort for hundreds of kilometres, regularly hosts the Sheikh of the UAE in a luxury villa and also has one of the most spectacular pools in the world, thanks to its infinity freeform design that looks more like a desert oasis lake than a pool, a honour which Fagan agreed with wholeheartedly.