Sanxiantai is a small island on the east coast of Taiwan, of Chenggong Township, Taitung County. Strange rock formations are everywhere, including three huge rocks that by legend are the three immortal saints Lyu-Dongbin, Li-Tieguai and He-Xiangu. Sanxiantai or Sansiantai literally means “Three Saints Island” and can only be reached by crossing an eight-arch bridge designed to look like waves. The weather was horrible when we visited Sanxiantai, but thankfully, the sun peeked a little and blessed us with its rays, enough for some light to illuminate the waters of this majestic sight. Little Ups & Downs, where this Eight Arches Bridge takes you over the ocean to a small island. It’s quite the view, even with the unwelcoming rain. 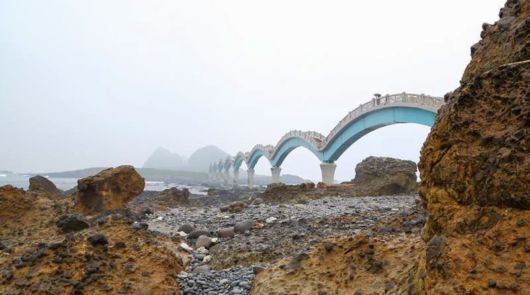 The Three Saints had taken their rest they left three footprints. These are the three massive rocks dominate the small uninhabited island. The island was once connected by a neck of land to the rest of Taiwan but over the millennia this wore away. The striking arched bridge that connects the island to the mainland is not, however, as old as you might think. It was built in 1987 ? before that anyone without a boat wishing to visit the island had to wait till low tide and wade over. The bridge?s eight arches, gently undulating, capture the rhythm of a Chinese dragon as it traverses the space between land and island. It is known locally as The Eight Leaped Bridge. It is reminiscent of the architecture of ancient Chinese temples, indicating that this is a place which should be revered by those who visit. 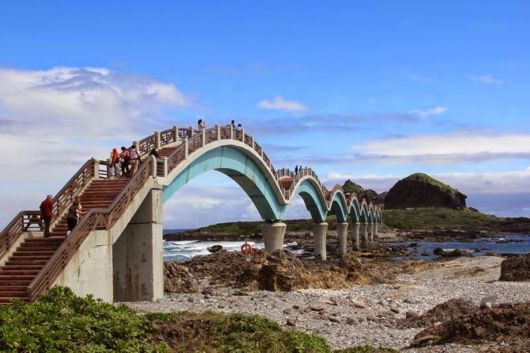 The bridge and island are locally very famous and many tourists come to take in the views and enjoy the pristine natural surroundings. However, situated in the relatively isolate county of Taitung (which has a population of little more than a quarter of a million), the place is never overwhelmed with visitors. Although Taiwan?s twenty two million people are predominantly Han Chinese the area around Sansiantai is home to good sized communities of two aboriginal peoples known as the Amis and the Yami but with others from the remaining 12 happily mingling in as well. 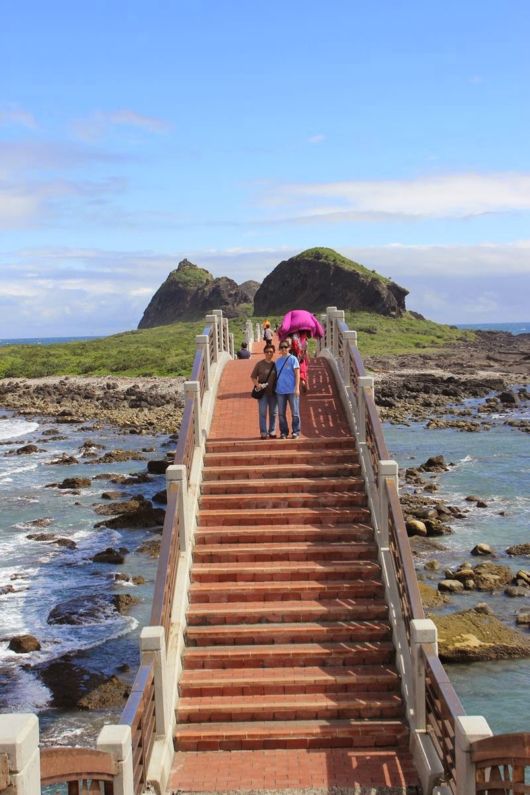 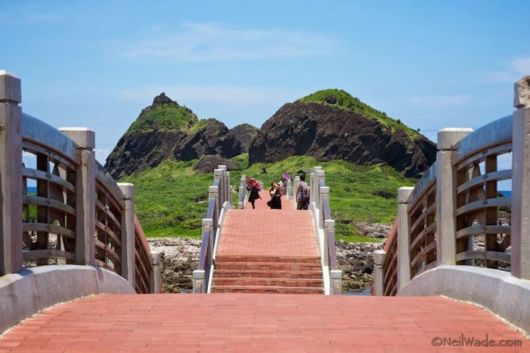 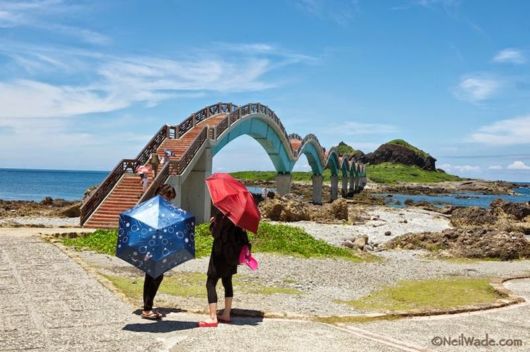 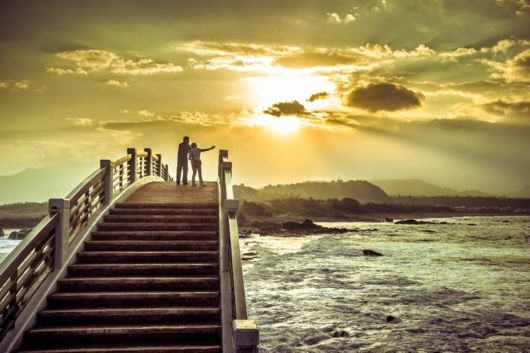 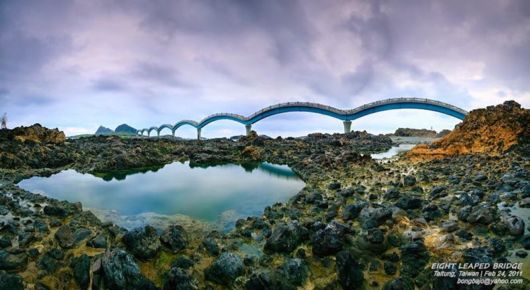 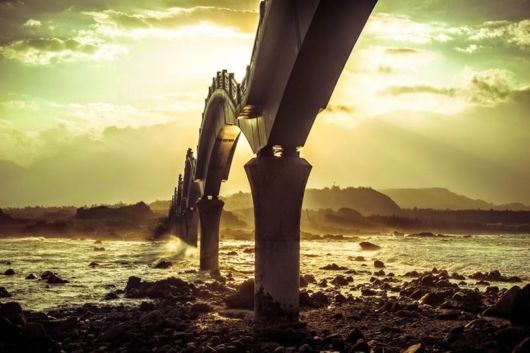 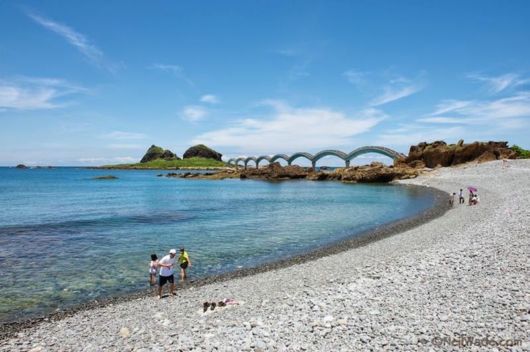 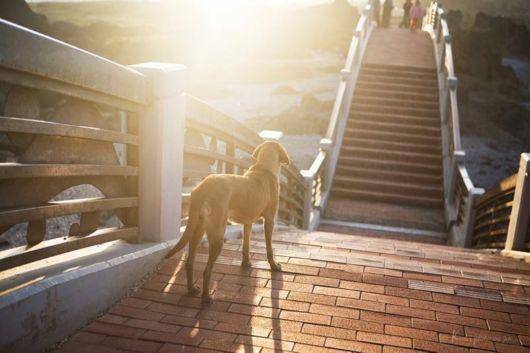 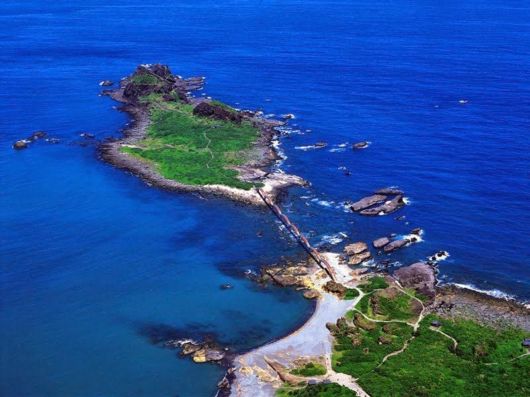