Lake Sasyk Siwash ? is the largest lake and salt lake in the Crimea, Ukraine, near the city of Yevpatoria. The lake is very shallow, its average depth is 0.5 m and the maximum ? 1.2 m. It was established salt mining like pink sea, which is very much appreciated in the West. How to extract the salt, look on. 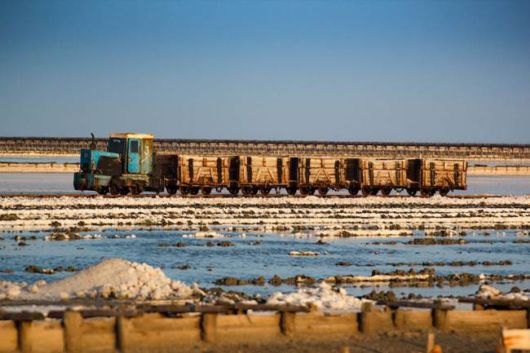 Once upon a time, this place was a shallow bay. But years later, under the influence of wind and frequent winter storms, formed sandbank, to divide the sea from the Gulf, which led to the formation of the salt lake Sasyk Sivash. The unique characteristics of the lake hidden at the bottom, which is a therapeutic mud and contains many useful trace elements that give the ?grown? are salts such valuable properties. One of the most notable and minerals that make up the local salt is beta-carotene, it gives such an unusual shade of pink, and provides a high level of life of the human body.

The superseded dynasty of khans Gera in Soviet times, they decide to raise production to a new level and built here the whole production complex, called Solpromom. But they enough to ensure a quality product is not only in country?s or near abroad, but also of the European consumers.

Production of salt starts at winter to fill the special preparatory pools with sea water. Its held a series of purification, is gaining in density and becomes a salt solution or brine. Then, already prepared brine is pumped into the main production with pool, in the summer under the influence of the scorching sun and strong wind the water will evaporate, and the bottom is formed the same reddish salt layer with a thickness of 4 to 12 centimeters. 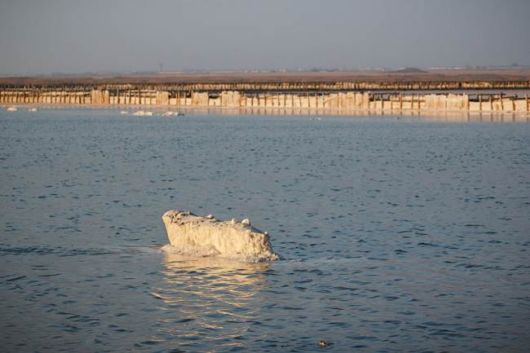 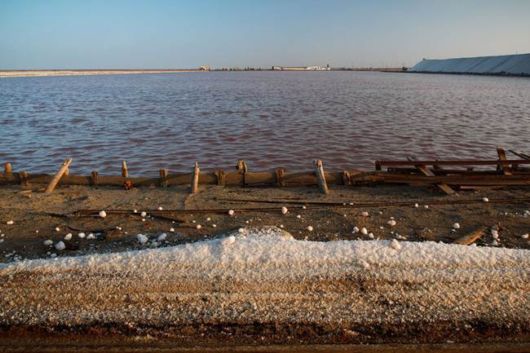 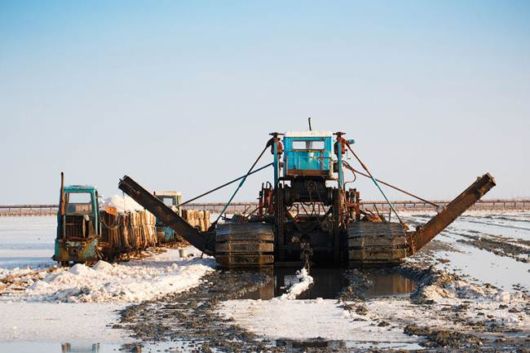 Special knives harvester cuts the salt layer, which immediately breaks up and the conveyor belt delivers in the trolley. 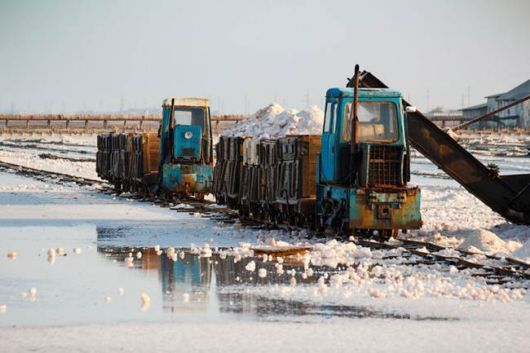 Fill the trolley to the brim with gorochkoy salt on paved narrow gauge railway, transport to shore. 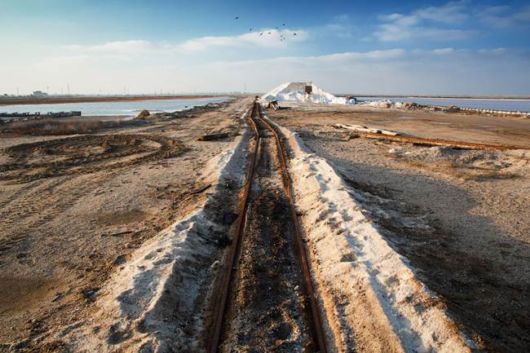 Pull the trolley?s such interesting rail-motor cars, something reminiscent of the children?s railway trains. 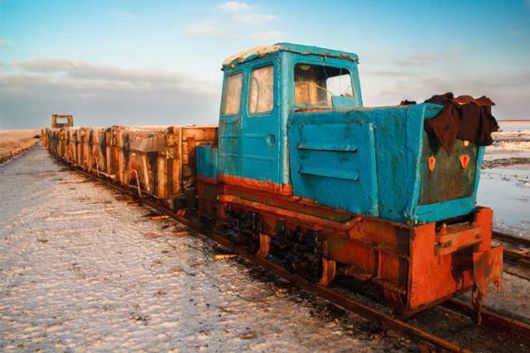 The extracted salt is stored in the form of huge trapezoidal pyramid, called Burt. This is done in order to dry out a little salt and covered with a crust that protects it from external influences. 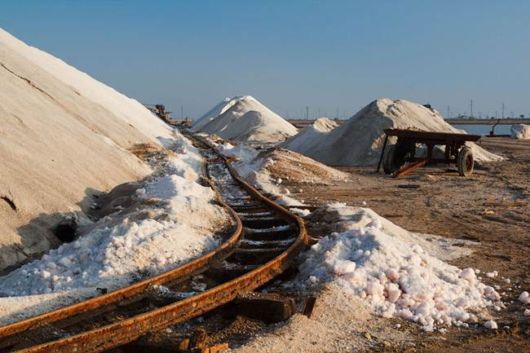 Once the trolley unloaded, the process is repeated again. And so, a layer after layer, throughout the autumn occurs salt mining. For the year, if the weather does not hurt, salt works issued on-mountain about 20 thousand. Tons of the mineral. 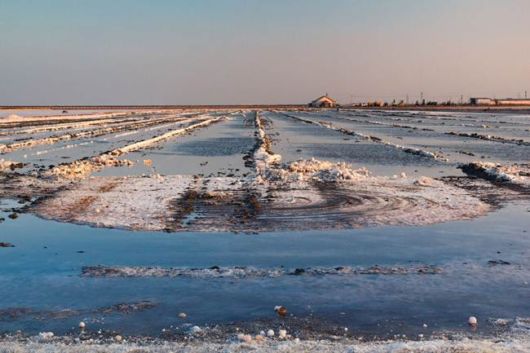 Work salt works is not simple. To work account for the harsh conditions of a hot summer, under the scorching sun. Miniature narrow-gauge railway for trolleys, assembled by hand, without the aid of technology. Over time, it is necessary to shift a few times, that would keep up with a moving harvester. 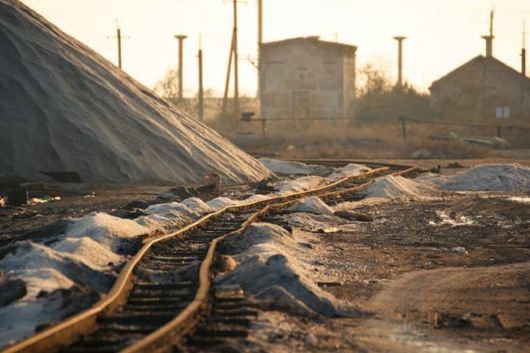 It is not easy to live and Technology: aggressive saline environment for several years literally eats metal to rot. 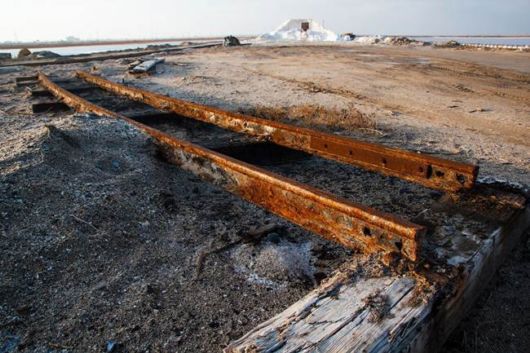 A total of Fisheries employ about 20 people team. Basically, it?s the old-timers, who remained ever since the founding Solproma. And once there was a settlement, numbering more than 200 people. Near Solpromom worked and Saki chemical plant produced from the salt prepared foods. Now only the walls were left in its place. 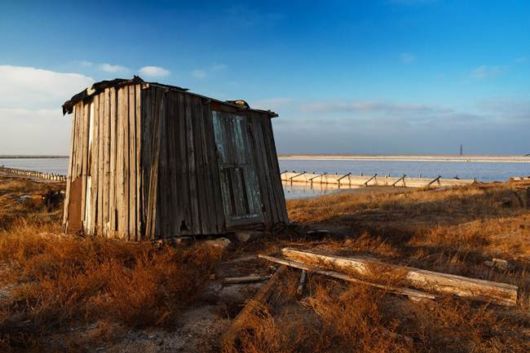 Marine pink salt is actively buying up Europe, as the Dead Sea has become almost ?dead?, as salt does not go to any comparison with this. In the west, salt is used only for technical needs, and is in the sea food. We have the same the other way around: the marine pack in an expensive package and sell as an exclusive bath salts, and we eat are often common. 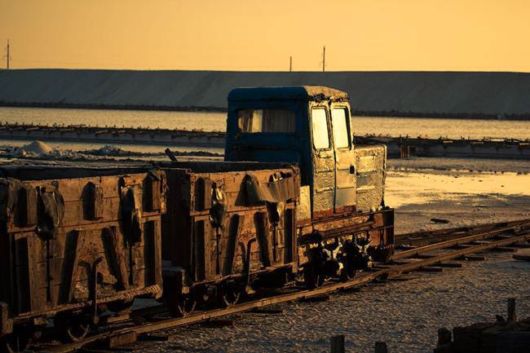 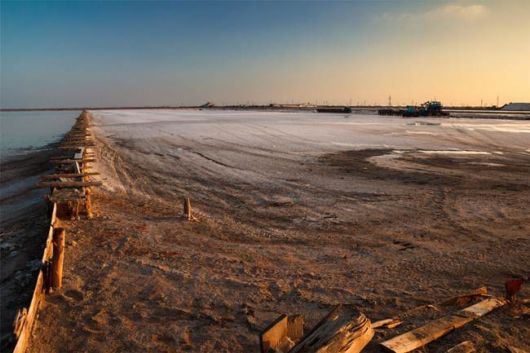 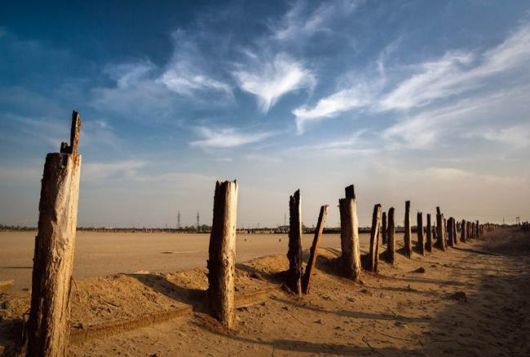 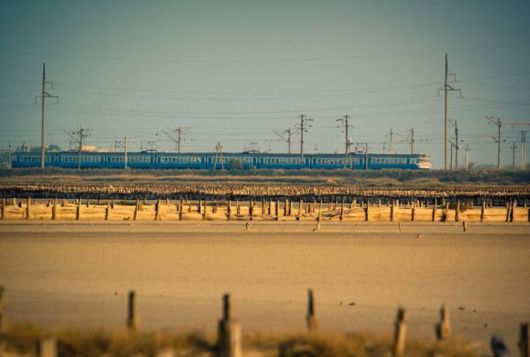 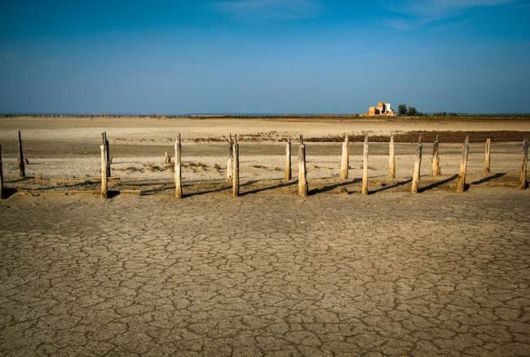 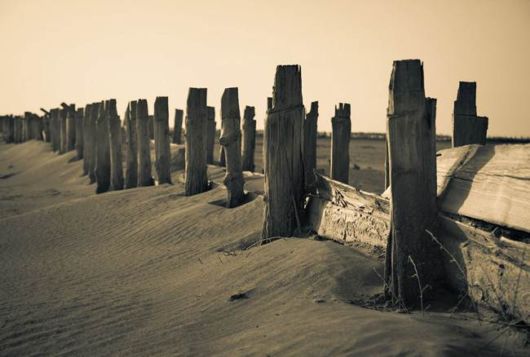 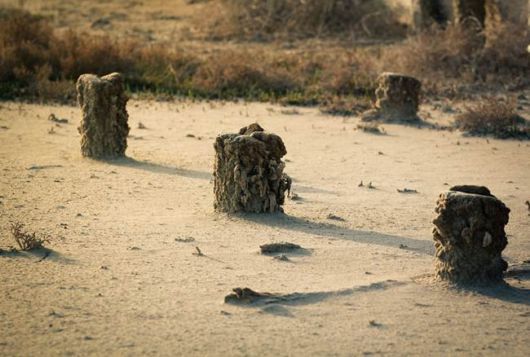 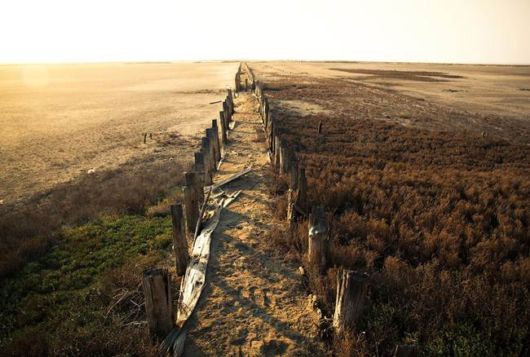 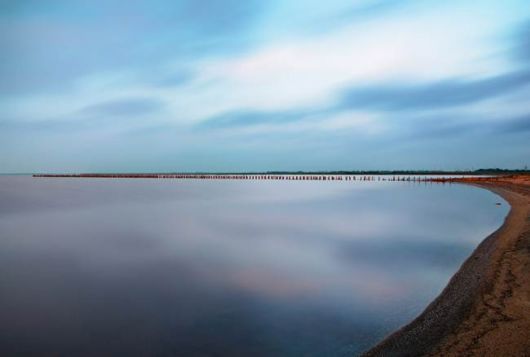 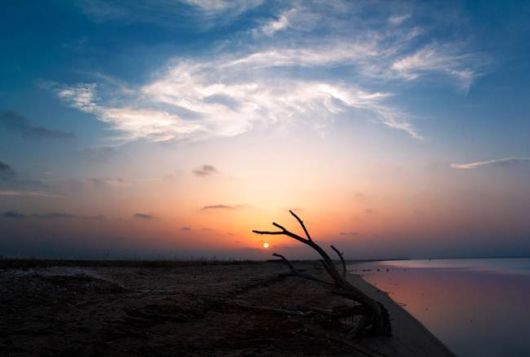