The Paso Internacional Los Libertadores, also called Paso Del Cristo Redentor, but locals call it, Los Caracoles “Snails Pass”, is a mountain pass in the Andes between Argentina and Chile. It is the main transport route out of Chilean capital city Santiago into Mendoza city in Argentina and so carries quite heavy traffic. Los Caracoles is a series of ascends with an extremely steep slope. The road has many steep slopes and sharp turns without fences security. The road is covered with snow almost all the year. Chile and Argentina share more than five thousand miles of broader, most of them drawn on the imposing peaks of the Andes. From the Argentine side the route to the pass is a slow, gentle incline until entering a tunnel at approximately 3,200 meters or 10,500 feet elevation. On the Chilean side the slope has a far higher grade, and the road descends down a long series of switchbacks to make the descent. 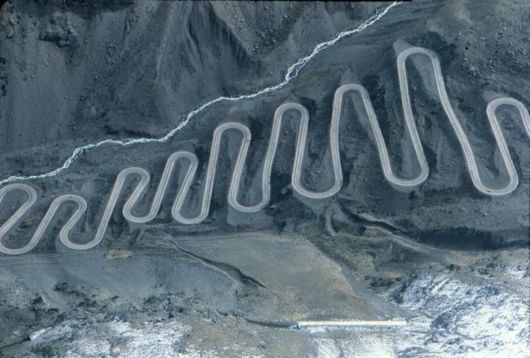 Opened in 1980, the tunnel of the redeeming Christ is 3,080 m (10,105 ft) long, and serves as an important land crossing between Chile and Argentina. At the middle of the tunnel is the national border, which is the termini of Chile Route 60 and Argentina Route 7. The path can be closed during winter because of heavy snows blocking both ends and the threat of rockfall. Its name comes from the 4 ton Christ the Redeemer of the Andes “Cristo Redentor de los Andes” statue placed in 1904 near the Uspallata pass at an elevation of 3,832 m (12,572 ft). The pass was the highest point of the road before the opening of the tunnel lowered the maximum elevation by 600 m (1,969 ft), eliminated 65 switchbacks and shortened the route by 10 km (6 mi). On 19 September 2013, nearly 15,000 Chileans got stranded on the Argentine side, when the pass had to be closed for 10 hours because of freezing temperatures and between 40-50 centimeters of snow. 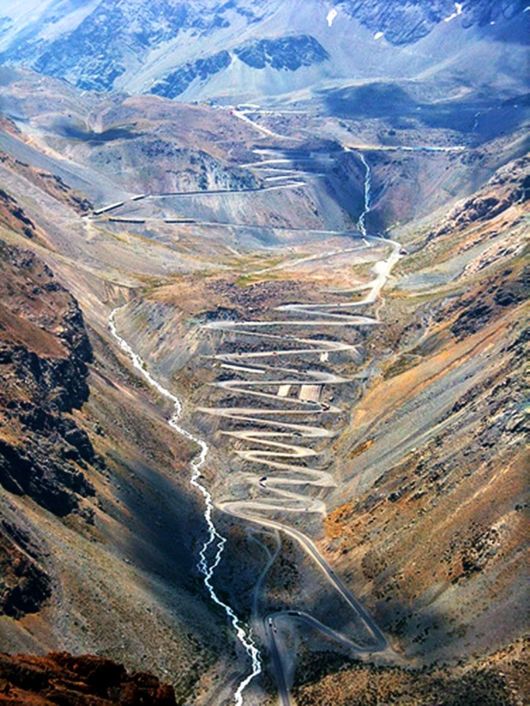 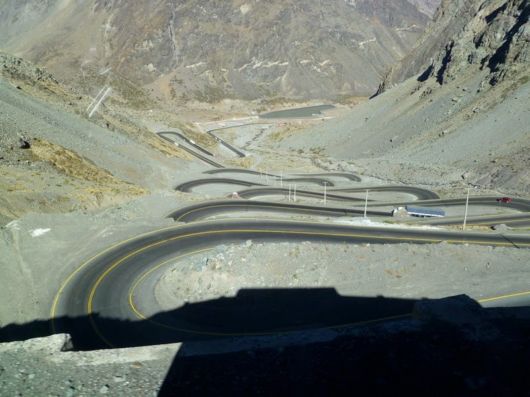 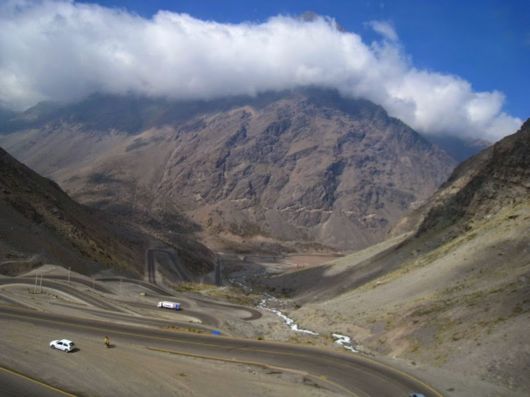 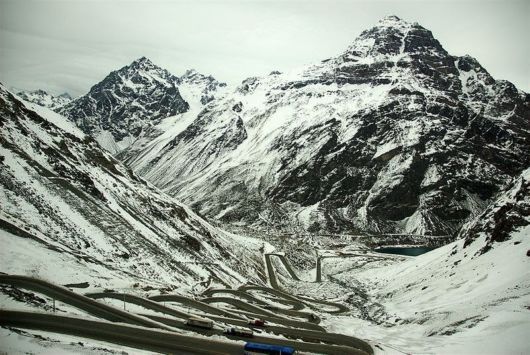