One of the world’s greatest escapades: London’s Thames Path beats Sydney and Berlin in list of top city walks

There are no brutal climbs, terrifying descents or ferocious man-eating beasts, but walking London’s Thames Path has been named one of the world’s greatest escapades.
The capital’s section of the trail that runs from its source in the Cotswolds almost to the North Sea came second in Lonely Planet’s top 10 ‘city hikes’.
The 29-mile section of Thames Path from Kingston eastwards to Greenwich is described in the book as ‘a London highlights reel, passing Kew Gardens, Battersea Park and power station, Westminster and Big Ben, the Millennium Eye, Shakespeare’s Globe and so on’. 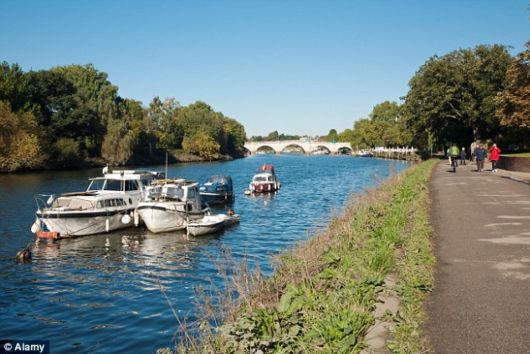 An ultimate adventure: The Thames Path between Kingston and Greenwich, pictured looking towards Richmond Bridge, has come second in a Lonely Planet list of the world’s best city hikes 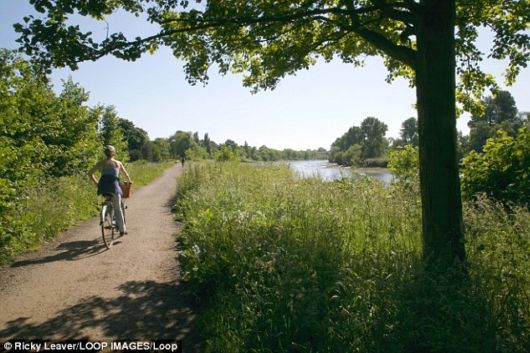 A world away from London: Cyclists ride along a peaceful section of the Thames Path near Kew
It adds: ‘Expect surprising contrasts: the leafy emptiness of the riverbank through Richmond and Kew against the chaos of the Southbank, where the entire world seems to come to meet.’

It features in a new Lonely Planet guide book of 1,000 ultimate adventures, which consists of 100 ‘top 10’ lists, showcasing ‘the world’s most daring, exciting and breathtaking experiences’.
The walk was second out of the top 10 ‘city hikes’ behind Tijuca Forest in Rio de Janeiro, Brazil.
It was followed by the Great Coastal Walk in Sydney in third place, the Hoerikwaggo Trail in Cape Town, the Berlin Wall trail, the Seawall in Vancouver, the South Mountain Park in Phoenix and the Coast to Coast walk in Auckland. 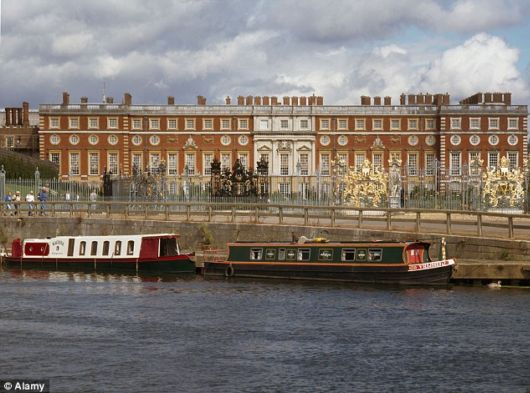 Starting point: Hampton Court Palace near Kingston Upon Thames is one of the main tourists spots along the route 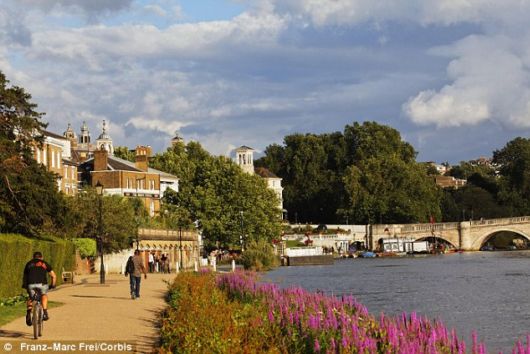 A quiet corner of London: The section of the path near Richmond, pictured, is described as being leafy and quiet in sharp contrast to the bustling chaos of the Southbank 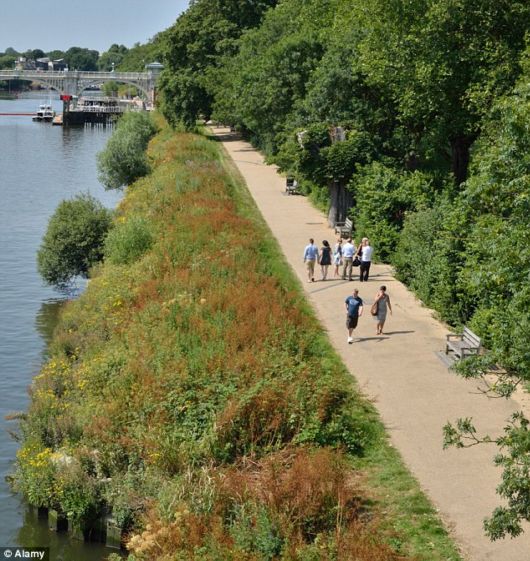 Runner-up: The Thames path footpath, pictured near Richmond, London, came second behind the Tijuca Forest in Rio de Janeiro in Brazil The list also included Arthur’s Seat in Edinburgh in ninth place followed by the Hong Kong trail in tenth place.
Arthur’s Seat, a volcanic outcrop overlooking to Scottish capital, was praised for its views of the city landscape.
Scotland as a whole was also named as one of the best destinations in the world for adventure travel, as it featured in 20 of the 100 top 10 lists.
The country was praised for its treks, mountains and festivals, ‘making it one of the best destinations for active travellers and adrenaline junkies’. 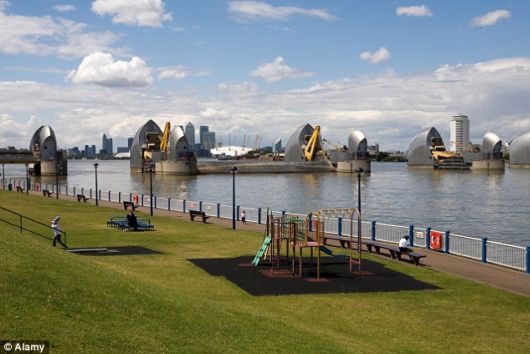 Looking towards the Thames Barrier, the world’s second-largest movable flood barrier, on the southern banks of the Thames on the Thames Path 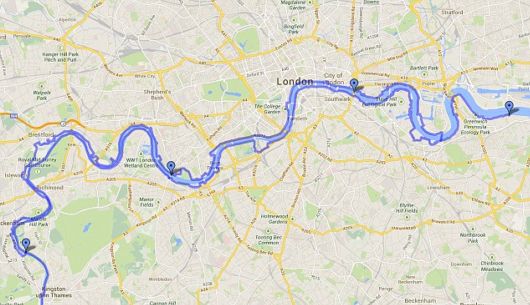 Award-winning route: The 29-mile section of the Thames Path between Kingston Upon Thames and Greenwich is described as a ‘London’s highlights reel’ 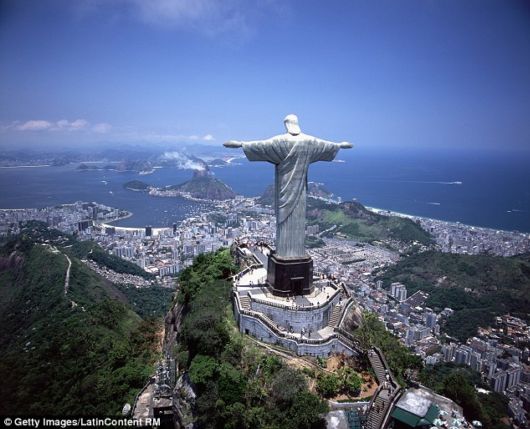 Number one: The statue of Christ the Redeemer towers over the 8,150 acre Tijuca National Park, in Rio de Janeiro city, Brazil, which came top of the list for the world’s best city walks
THE WORLD’S TOP TEN BEST CITY HIKES