Search
Menu
Search
Made from flowers in Holland , since 1936!

What began in 1936 as a flower parade has become the oldest and most celebrated ode to blooms in Europe .Ever since its inception, Zundert in the Netherlands has hosted an annual flower show Bloemencorso , with an average 50,000 visitors descending on the town to look at the brilliant displays.
Creators use dahlias for their breathtaking displays and build gravity defying sculptures. 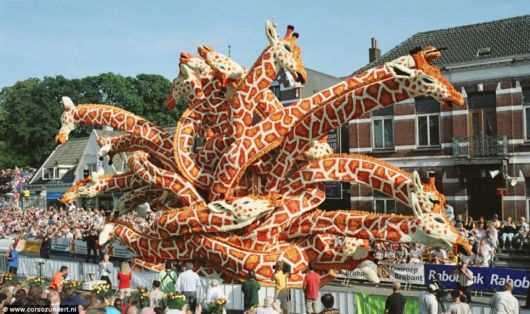 Let’s hope the wind doesn’t blow too hard! The flowers have been meticulously placed to create the giraffes, even down to their eyelids and hair that lines their neck 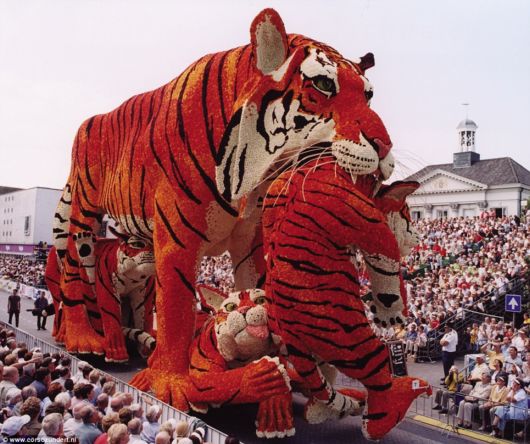 A roaring good show: The intricate blooms have been manipulated to create this gravity-defying impressive model of a tiger and her cubs 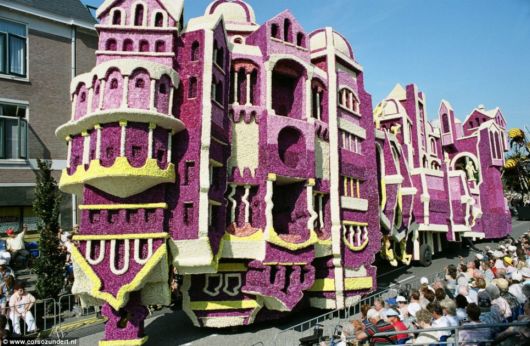 Every float is made from dahlias. This twisting house, which is as high as other apartments, weaves its ways through the narrow streets 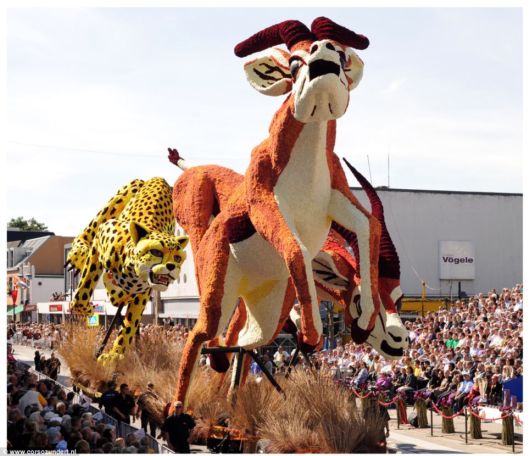 Just by using dahlias, volunteers created this show-stopping piece, where a startled antelope flees the clutches of a leopard that gives chase 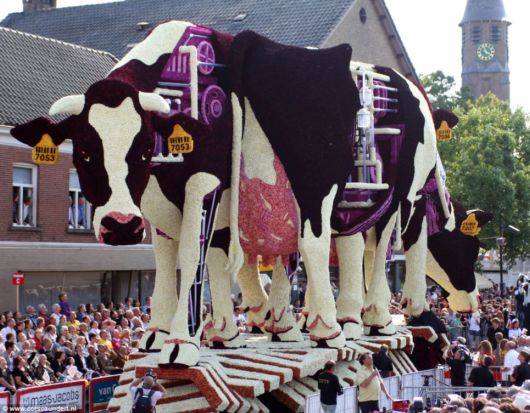 Udderly brilliant – thee competitors left no detail out – they even included the numbers on the tags on the ears, and what appears to be the inner workings of a milk-processing plant within the cow’s body 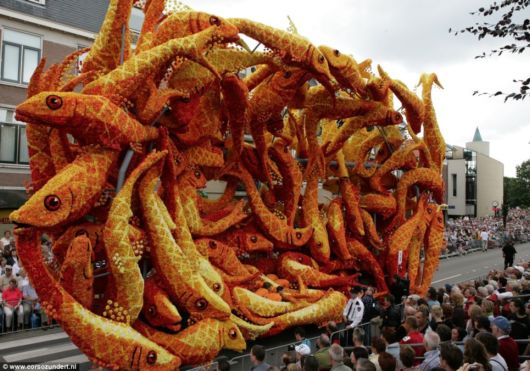 Something fishy about this: Bloemencorso saw this elaborate fish display, which saw a shoal of fish whirl around each other – even using light-coloured dahlias to shade in the light bouncing off the eyeballs

Each of the competing districts of Zundert – which was the home of Vincent Van Gogh – construct their own entry and compete in the parade, which occurs every first Sunday in September.

According to those behind Bloemencorso, the parade is all the work of dedicated volunteers, who do not profit from the colourful display.

A staggering six to eight million dahlia flowers are used to produce the floats. 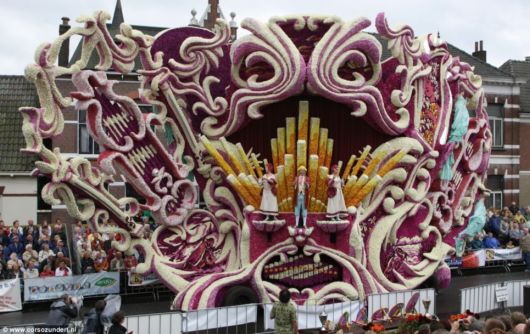 Bloemencorso began in 1936, and since then has spiralled in popularity, as the small population makes huge efforts to outdo one another so they can create sculptures like his huge organ 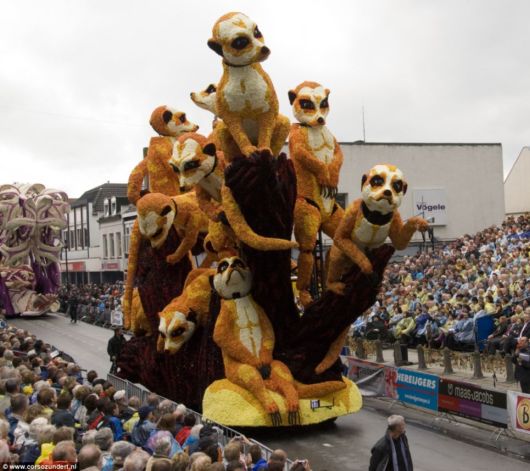 Even the meerkats get a mention! The curious animals are brought to life, as creators perfected every inch of the models, even down to their nails and shading on their tails 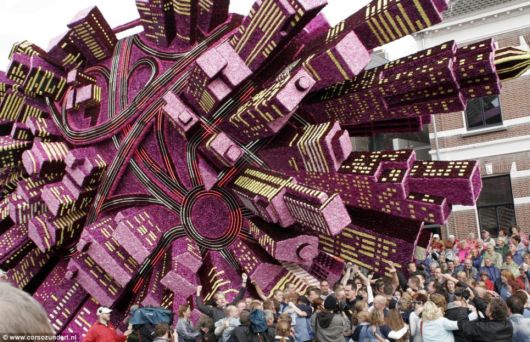 Out of this world! Every float here is made from petals and, despite being made from such a delicate, tiny structure, take on gigantic proportions which people clamour to see 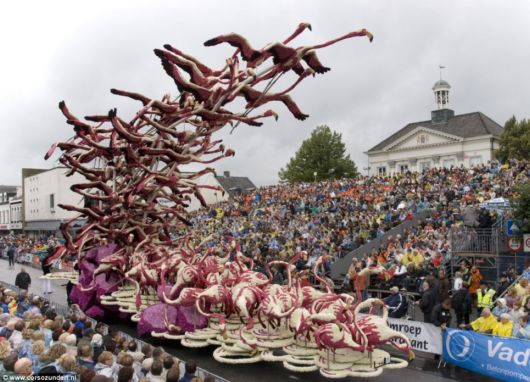 It’s really taken off! Bloemencorso has grown in term of popularity and in the sheer size of the creations, with thousands flocking to the home of Vincent Van Gogh to gasp at the displays 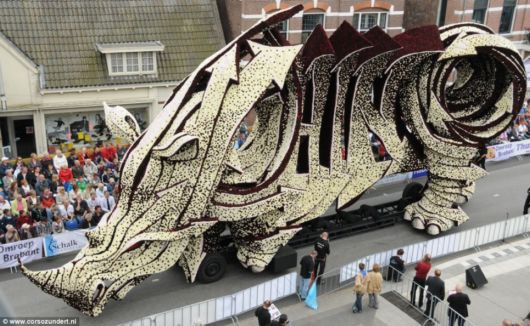 Held on the first Sunday of every September, the quaint town becomes packed with visitors and, on this occasion, a huge rhinoceros made of delicate flowers 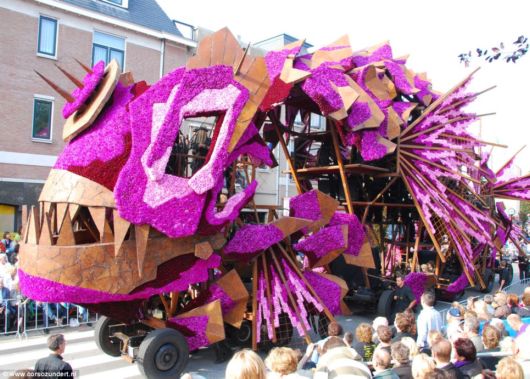 Make it snappy! Thousands turn out to Bloemencorso, as hamlets compete with each other to create the most beautiful display – including this sinister-looking fishy creature