If you live in the Northern Hemisphere, the summer months mean warmer temperatures, bright sunshine, and longer days. (Actually, you might have noticed them if you’ve looked outside.) During this time of year, in the North, the days are getting longer. And in the extreme north, around and above the Arctic circle, the days get so long that it never becomes night! In fact, it only gets as dark as twilight until the changing of the seasons.

This photo was taken at about 10 pm in Finland. Finnish people are (probably) going to bed and this is what it looks like. 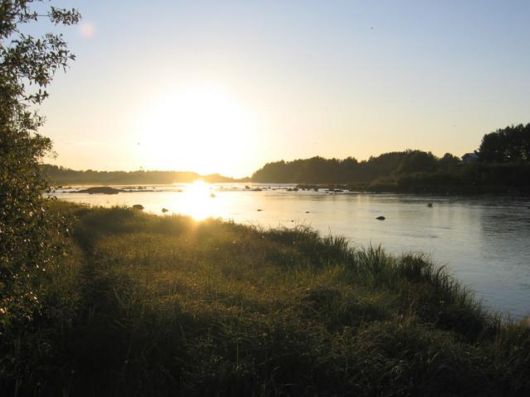 The longer days are due to the Earth being tilted on its axis. In the summer, the Northern Hemisphere is tipped towards the sun, while in the winter, it’s tipped away. This is reversed in the Southern Hemisphere.
This is what midnight looks like in Norway during the summer. 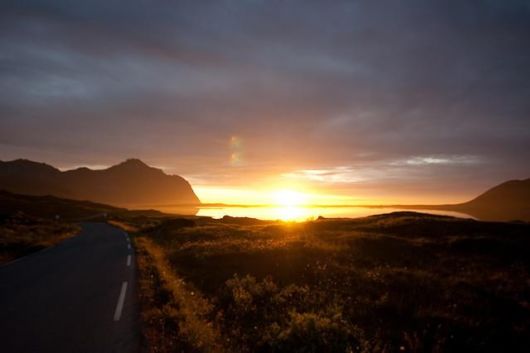 These cheerful houses in Svalbard can have their colors appreciated for days. This picture was taken at 12:01am. 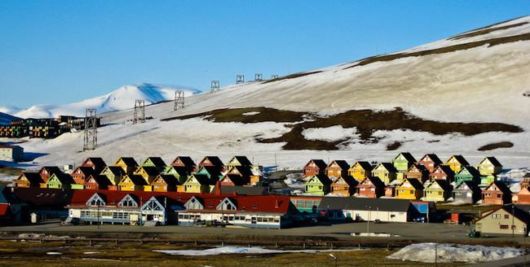 When you’re camping in Denali National Park in Alaska, you don’t need a fire for light. 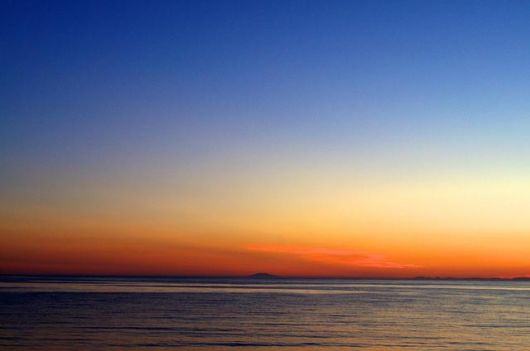 After a month of night and several months of near-night, people are always excited for the return of the sun. Sunlight is needed for vitamin D absorption, and constant darkness is linked to depression. So when the sun comes back out, everyone feels much better. People stay up late into the "night" and play outside. Inuvik, a town of about 3,000 in Canada’s Northwest Territories (and located two degrees above the Arctic Circle) has an annual Midnight Sun Fun Run starting at 11 pm.

Typically, the Midnight Sun starts at the beginning of June and lasts until around July 20. From then on, the days get consecutively shorter until winter.

After so many days of complete darkness, people celebrate the return of the sun, like at this Midnight Sun Festival. 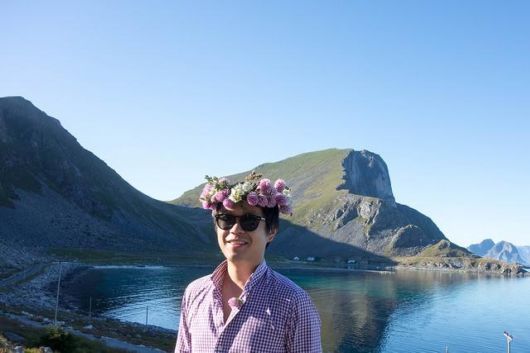 They camp out to see the all-night daylight 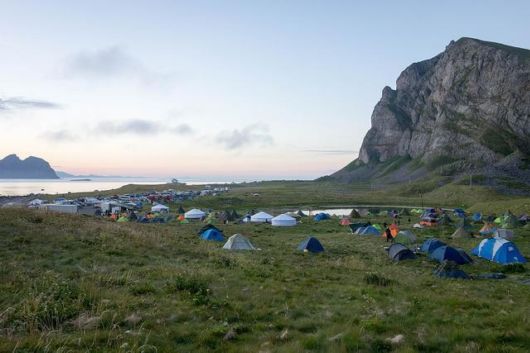 For thousands of years, the return of the sun in spring was also celebrated with religious observances. 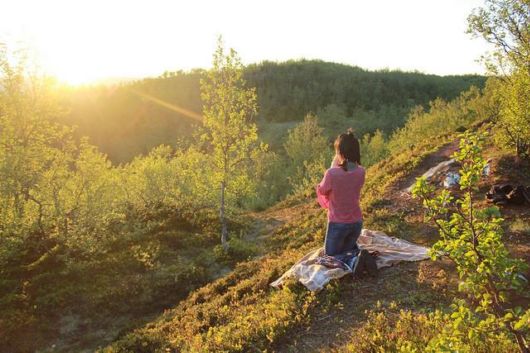 Farther south, these springtime celebrations of the sun and the growing season would later become the modern-day Easter.

Of course, having 24 hours of daylight comes with drawbacks. Most importantly, it disrupts peoples’ sleep schedules. That’s why many people who live in these extreme northern areas can be found covering their windows with tinfoil and heavy curtains so they can have at least a simulated night’s sleep.

People also sleep less during these bright summer days. One commenter says that in his experience, people sleep about five hours during the summer as opposed to about 10 during the winter.

This photo was taken on June 1, 2007, and shows the lowest the sun gets in the sky over Norway. The sun did not completely set that year until July 21. 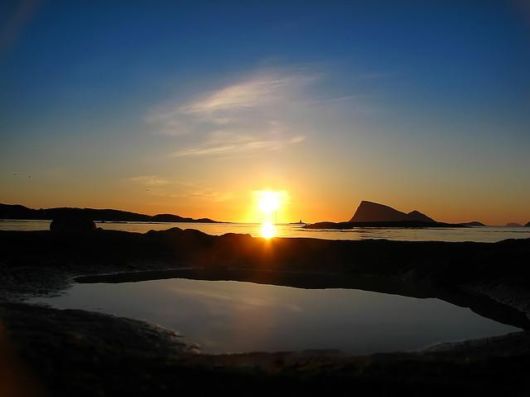 Come winter, the opposite will happen: the sun will disappear for about 30 days of complete darkness, along with plenty more of near-total darkness. This is known as the "Noon Moon." The phenomena of the Midnight Sun and the Noon Moon are mostly recorded at the North Pole, as this region has a permanent human population.

So when you’re enjoying the long days of summer, remember that somewhere in the world, there’s a month-long day happening — and a month-long night!