There is something about the ruins that triggers a chord deep within every human. Perhaps, the dilapidated structures are monuments to the human immortality or perhaps they are a testimony of the human frailty ( views are subjective). Mankind has been inordinately inquisitive the glimpse into the ancient way of life fascinates him. He may not be able to visit the land as it was but he can definitely walk through the ruins and imbibe the essence of the faded glory. Presenting to you 10 lost cities of ancient civilization, to satiate your wanderlust and to satisfy your curiosity about the ancient civilisation. 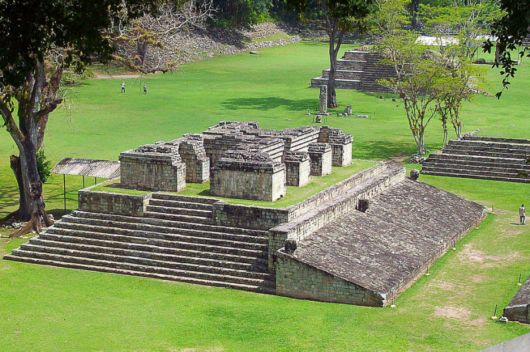 Copan was an important city of the Maya?s. It was the capital city of the Maya?s from 5th to 9th centuries AD. The city was surrounded by non-Maya?s yet it retained the sculptural style of lowland Maya. The city faced turbulent times when its king was captured and executed by his vassal. Copan went into a hiatus for 17 years during which they became the subjects of the vassal. Even though the Spaniards were aware of the city, the archaeologists remained largely oblivious to it until the 19th century. The UNESCO named it as a Heritage City in 1980.(source) 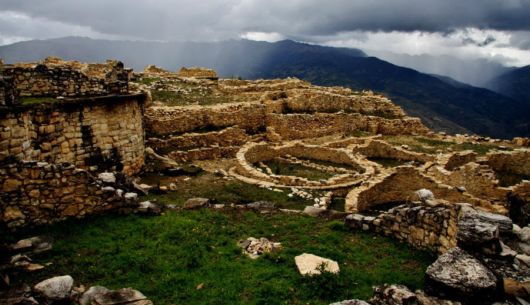 The fortress of Kuelap is located on a 3000m high cliff and surrounded by cloud forest. The Kuelap fortress with its 400 buildings and a massive wall is strongly linked to the Chachapoya culture. The Chachapoyan people were known as ?cloud warriors? by the Incas. The fortified city was left alone by the marauding Incas and it flourished until the sixteenth century. The arrival of the Spanish conquerors saw the end of Kuelap. The city was lost to the civilisation though the locals were likely to remember the existence of this city. It was rediscovered in 1843.(source)

Caracol was one of the major political centres of Maya Lowland during the Classic period. The city was teeming with life and reached its zenith during the sixth century. The glory of Caracol began to diminish around 950 AD. Caracol boasts of pyramids, royal tombs, large dwellings and an extensive collection of Maya art. The ruins of Caracol was rediscovered by a Rosa Mai, a native logger who had come in search of Mahogany in 1937. It is Mayans largest archaeological site. The main temple at 136 feet is the tallest man-made structure.(source) 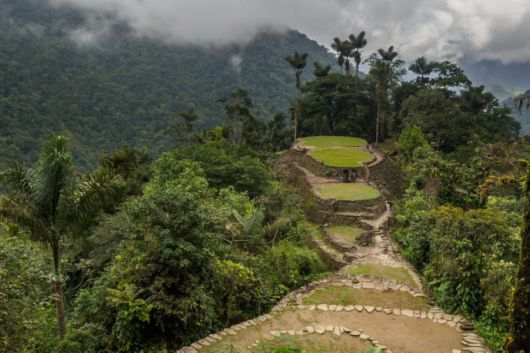 This is a city that is still partially lost to the human race. Ciudad Perdida is an ancient city discovered in Sierra Nevada, Colombia and dates back to 800 CE. It is even older than Machu Picchu. The city was built by Tairona and is also known as Teyuna and Buritaca. Spanish who discovered the Teyuna called it as the ?Lost City? or Ciudad Perdida. It?s terrace?s and plazas were rediscovered in 1972 but full archaeological expedition could begin only on 1976.(source) 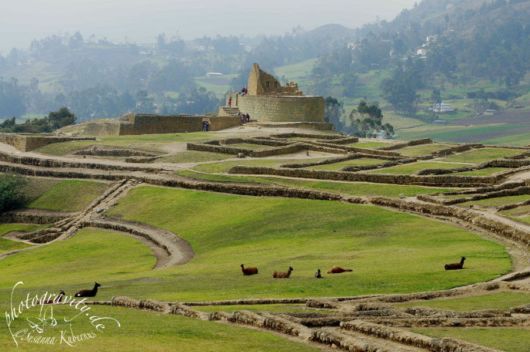 Ingapirca or ?wall of the Inca? is the most famous site of the Incas in the Equador. Ingapirca was inhabited by Canari people whom Inca?s tried to conquer but failed. The second attempt at conquering took a more devious route, the Inca Túpac Yupanqui married the Canari princess and established a peaceful alliance with the community. The Incas expanded and fortified the region after AmerIndian superpower emerged as a threat. Ingapirca is known for its Sun Temple built in the Inca style. The region does not see much of tourist inflow and is relatively free of modern contretemps.(source) 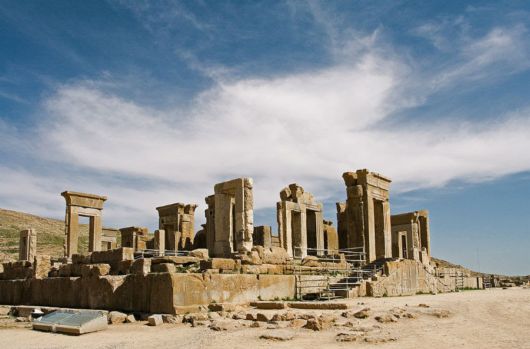 Persepolis is located seventy miles north-east of Shiraz, Iran. The name ?Parsa? literally meant ?The City Of The Persians.? It was the ceremonial capital of the Achaemenid Empire. Darius I, founded the capital in 518 BC and Alexander?s army ravaged the city in 330 BC. 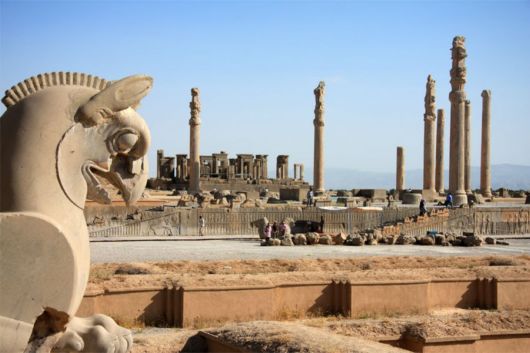 The ruined site has been known as the ?Throne of the Jamshid? since the Sassanid times. UNESCO declared it as the World Heritage Sit in 1979. The winged bulls, friezes and the pillars stand as a mute evidence of a once glorious capital. (source)
7. Vilcabamba, Peru 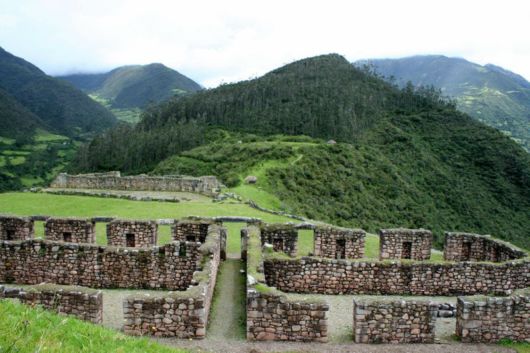 Vilcamba was the last bastion of the Inca. It was founded in 1539 and the Spaniards conquered it in 1572 ushering the end of resistance of the Inca. Vilcabamba was then destroyed and began to be known as the ?Lost City of the Incas.? Vilcabamba is located in the jungles along the banks of the Chontabamba River in the south of Peru. The site was rediscovered by three brothers in 1892.(source) 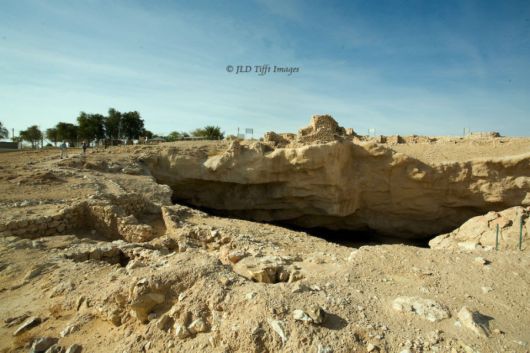 The Atlantis of Sand is the legendary city in the Southern Arabian desert, said to be destroyed by a natural calamity or as an act of God. It has various names Iram, Ubar and Wabar. Experts are divided over the identity of the city but the discovery of various artefacts originating from Greece, Rome and Persia imply that Ubar was an important port of call during the ancient times. The desert city was excavated by a team of archaeologists led by Nicholas Clapp including the explorer Sir Ranulph Fiennes. The site is fenced and guarded but excursions can be arranged from the city of Salalah.(source) 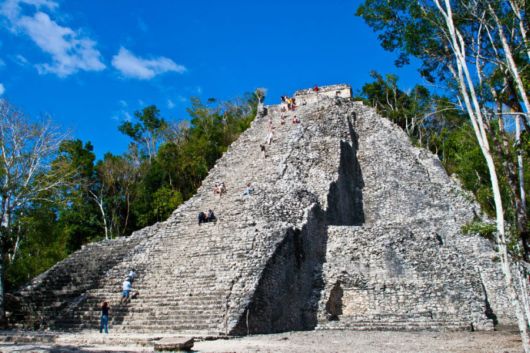 Coba is an ancient city located in the Yucatan Peninsula in Mexico. The ruins of Coba is popular among the tourists and sees a regular influx of tourists. The enclave of Chichen Itza nets in 8,000 visitors during the peak tourist season. The city was established somewhere around zero and quickly grew to become an influential city during the first millennium AD. Chichen Itza?s rise saw the dimming of its aura and the city was completely abandoned by the time of Spanish arrival. The archeologist began exploration in 1926 but most of the city ruins have not been unearthed.(source) 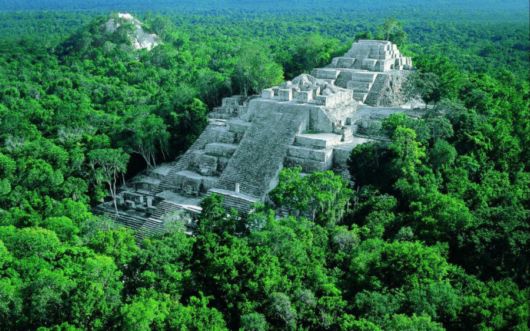 The ruined city has been embraced by the jungle. El Mirador became a powerful center from sixth century BC onwards. It reached its peak from 3rd century BC to 1st century BC. El Mirador predates the Classic period of Maya. El Mirador was first discovered in 1926 but a detailed excavation began in 1978. The majestic El Tigre temple complex does not see much visitors as it is unreachable by road and requires a two-day trekking and sleeping in the hammocks.