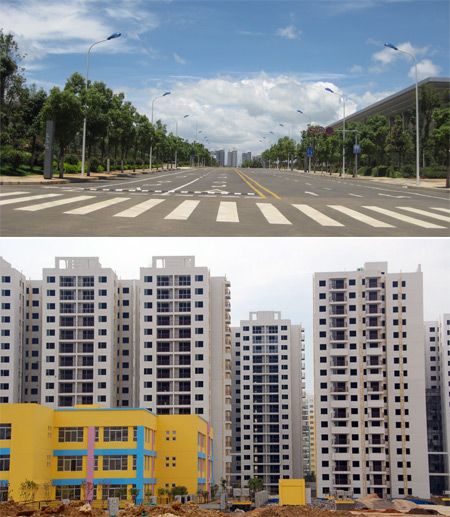 Reportedly one of the largest ghost towns in Asia, Chenggong began to take shape in 2003 as an overspill point for nearby Kunming, a city of nearly six-and-a-half million. Today, luxury villas, residential complexes, a modern stadium, kindergartens, shopping malls, and a forest of skyscrapers with over 100,000 new apartments are still unoccupied. 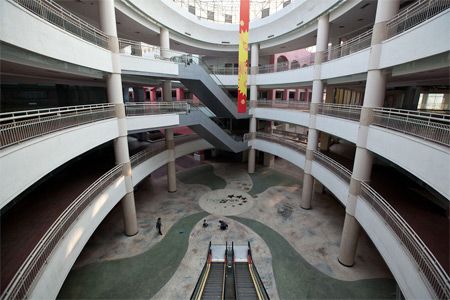 Located on the outskirts of Dongguang, a city of 10 million people, the New South China Mall is not just the World’s Biggest Mall, but also the emptiest shopping center ever known. You may think that the mall would be booming with a population of that size, but the vast majority of its 1,500 stores have been empty since it was finished in 2005. A canal, windmills, and replicas of the Campanile from St. Mark’s Square in Venice and the Arc de Triomphe in Paris are not enough to attract people to a mall crippled by a poor transportation infrastructure. 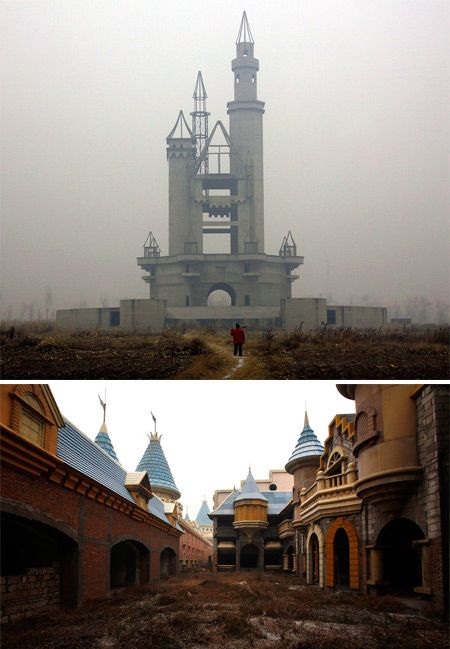 In the mid-1990s, developers promised to build the largest amusement park in Asia, the Wonderland Amusement Park, in Nankou Town, Changping. However, the project stopped around 1998 after disagreements with the local government and farmers over property prices. Today, the Disneyesque castle and medieval ramparts of this theme park north of Beijing lie abandoned, while local farmers grow crops among the empty buildings.

4. Thames Town: An Empty Replica of an Old English Town 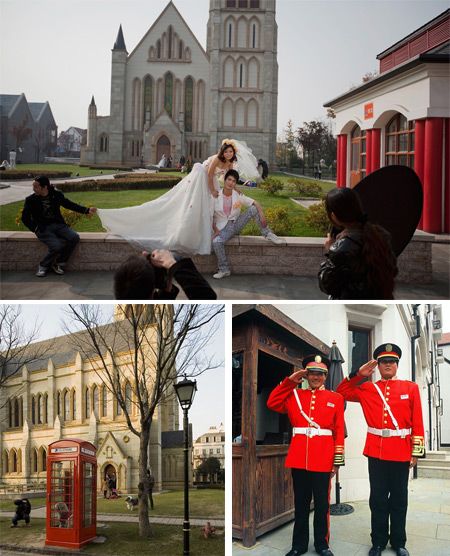 With Tudor buildings, cobbled streets, red telephone boxes, and a Gothic church, this could be an small town in the UK, but it’s actually "Thames Town", located about 19 miles from central Shanghai. The replica opened in 2006, consisting mostly of low-density, single-family housing, with few commercial properties or community facilities. Now, only a "handful" of people live there. However, tourists, especially newlyweds, flock to the site for photographs in front of the picturesque church and main square. 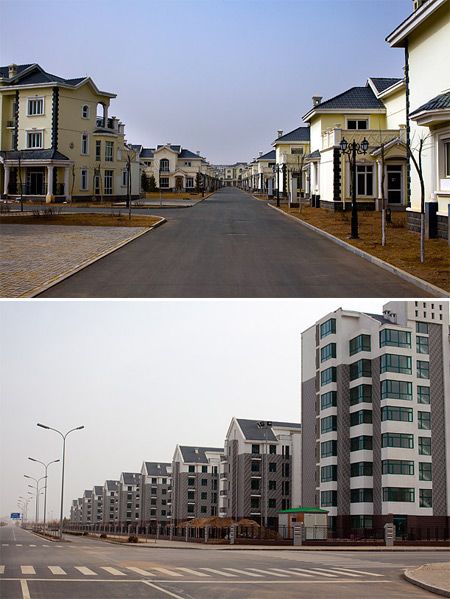 Intended to house a million people, the Kangbashi area of Ordos City remains largely uninhabited. By 2010, they were trying to reach at least 300,000 residents, but government figures stated that it had only 28,000. High home prices are often blamed for keeping prospective buyers away from the city, but when home prices crashed there –dropping from $1,100 a square foot in 2006 to $470 a square foot in December 2011– people started to view Kangbashi as a lost