Astana, formerly known as Akmola until 1998, Tselinograd until 1992 and Akmolinsk until 1961, has been the capital of Kazakhstan since 1997, and is the country’s second largest city (after Almaty, the former capital) with an officially estimated population of 775,800 as of 21 June 2012.[3] It is located in the north portion of Kazakhstan, within Akmola Province, though administrated separately from the province as a federal city area. The current mayor of Astana is Imangali Tasmagambetov. He was appointed on 4 April 2008. 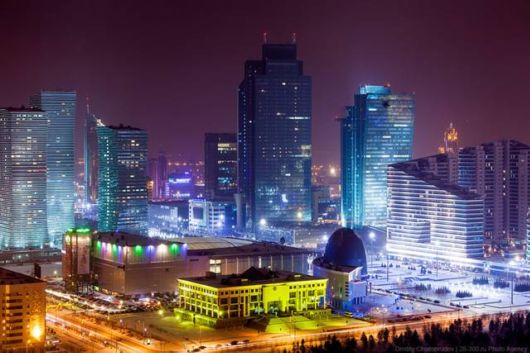 After gaining capital status and the organization of a special economic zone "Astana – New City", which is experiencing an unprecedented boom for the CIS city became the second largest in the country and it sold a lot of modern architectural and urban projects. 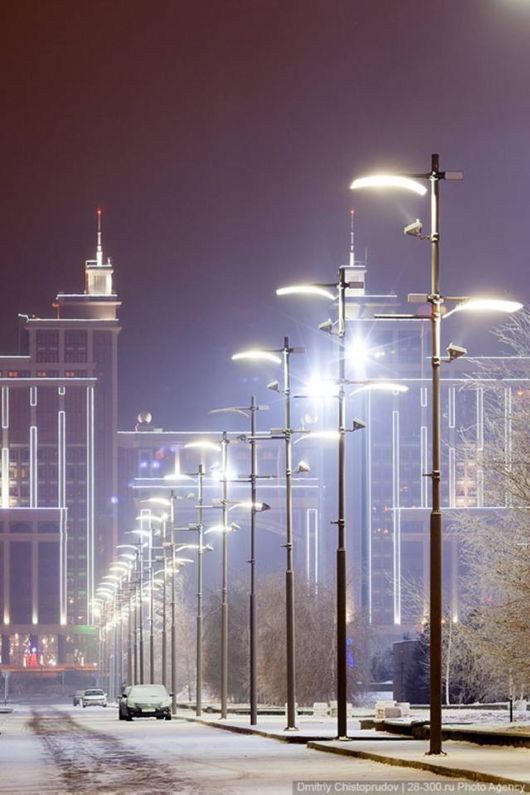 A unit of Siberian Cossacks from Omsk founded a huge fortress on the upper Ishim in 1824, which later became the town of "Akmolinsk". During the early 20th century, the town became a major railway junction, causing a major economic boom that lasted until the Russian Civil War.

In the Stalinist era, Kazakhstan hosted a series of Gulag-like labour camps; in total, 11 camps that housed up to hundreds of thousands of internees and their families. Outside Astana, there once stood the ALZHIR camp, a Russian acronym for the Akmolinskii Camp for Wives of Traitors of the Motherland, one of the most notorious in the Gulag archipelago, which was reserved for the spouses of those considered "enemies of the people" by the government under Joseph Stalin.[6]

In 1961, it was renamed "Tselinograd" ("Virgin Lands City"[7]) and made capital of the Soviet Virgin Lands Territory (Tselinny Krai). The city was at the centre of the Virgin Lands Campaign led by Nikita Khrushchev in the 1950s, in order to turn the state into a second grain producer for the Soviet Union. The high portion of Russian immigrants in this area, which later led to ethnic tension,[citation needed] can be traced to the influx of agricultural workers at this time. Additionally, many Russian-Germans were resettled here after being deported under Joseph Stalin at the beginning of World War II, when Nazi Germany invaded the Soviet Union. 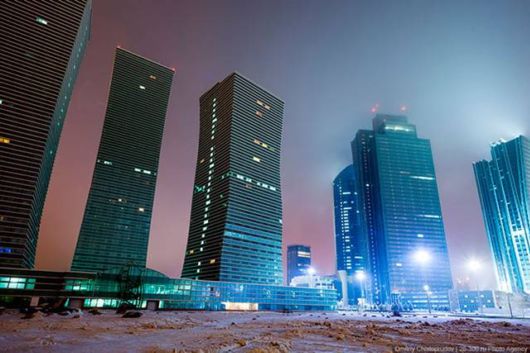 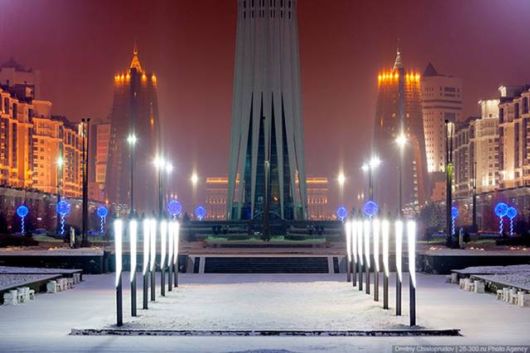 The population increased from 270 thousand in 1996 to 700 thousand in 2011. However, while I was walking through the main streets in the fresh frosty morning, the streets was not a single person. 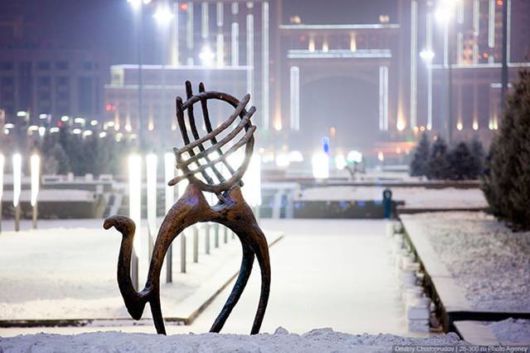 View of the Round Square and the National Oil Company "KazMunaiGas".

Proved reserves of oil in Kazakhstan according to BP is 3.2% of world reserves. By 2015 it is planned to increase production to 150 million tons per year, resulting in Kazakhstan will be one of the ten largest oil-producing countries. The main source of budget revenues is the export of oil and oil products. Transit of Kazakh oil exports is mainly via Russia. 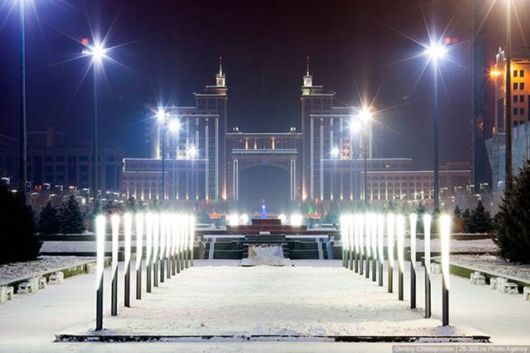 On the streets clean and tidy. Everywhere there are beautiful and neat lampposts. 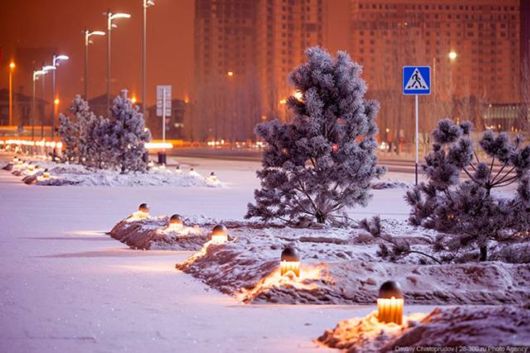 I’m not an architect, so I will describe only the sensations. In Astana, the interesting buildings are beautiful, but they are few. For example, this apartment complex "The Water-Green Boulevard." In The bulk of all buildings of Astana – is tasteless box. Just like we have in Russia. These I tried not to take pictures. 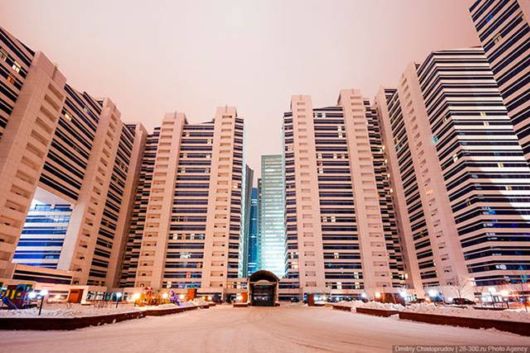 Monument "Baiterek". Author of the project – the famous English architect Norman Foster. The height of the building is 97 meters, with the ball, the crowning design – 105 meters. 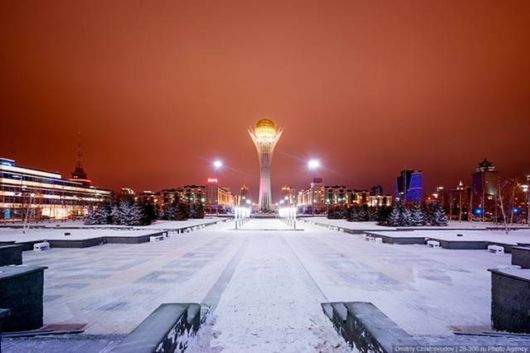 Residential complex "Northern Lights" won the International Association of the Union of Architects. 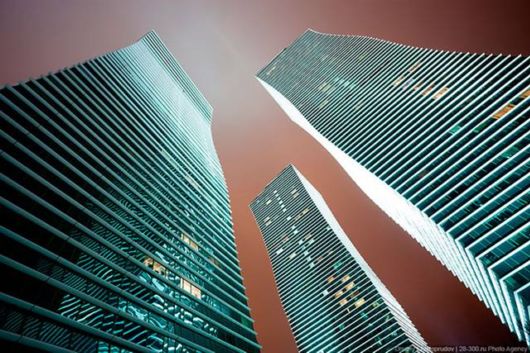 In addition to geographical reasons for the delay in the press and analysts, there were other, ethno-demographic reasons the capital transfer, which are rarely voiced by the authorities of the republic itself.

In the early 1990s, proclaimed the sovereignty of the republic actively emigrated and another Russian-speaking population. Emigration took off part of the growing inter-ethnic tensions in the Kazakh society, but the risk of secession predominantly Russian-speaking North-Eastern Kazakhstan maintained. In this case, the rural Kazakh population, as well as its migration mobility within the country, continued to grow, despite the fact that the Alma-Ata was already physically unable to accommodate all internal migrants. In these circumstances, the authorities sought to redirect flows of Kazakh villagers to the city with greater growth prospects, and quickly derusifitsirovat predominantly Russian-speaking northern region. 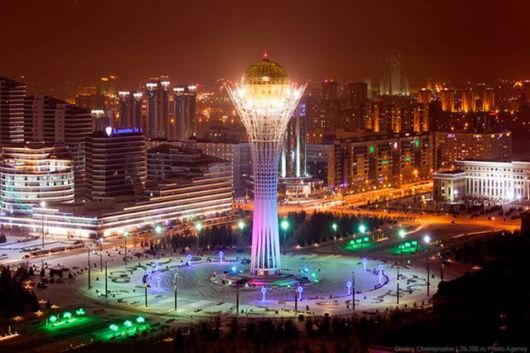 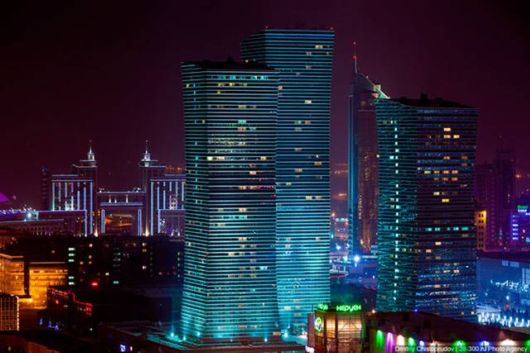 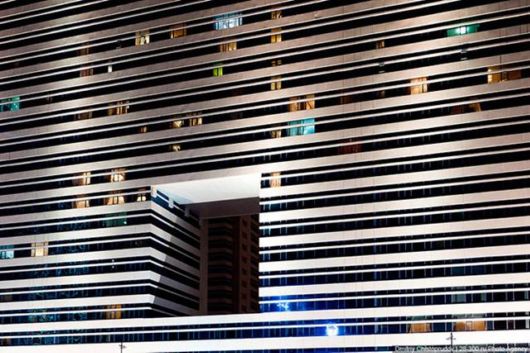 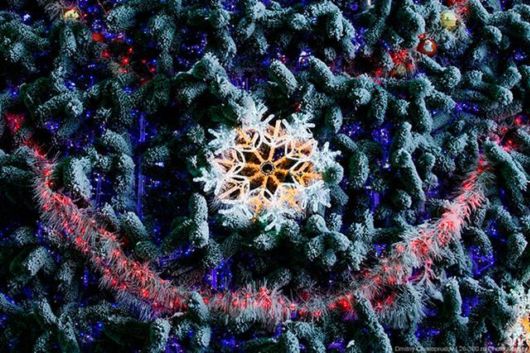 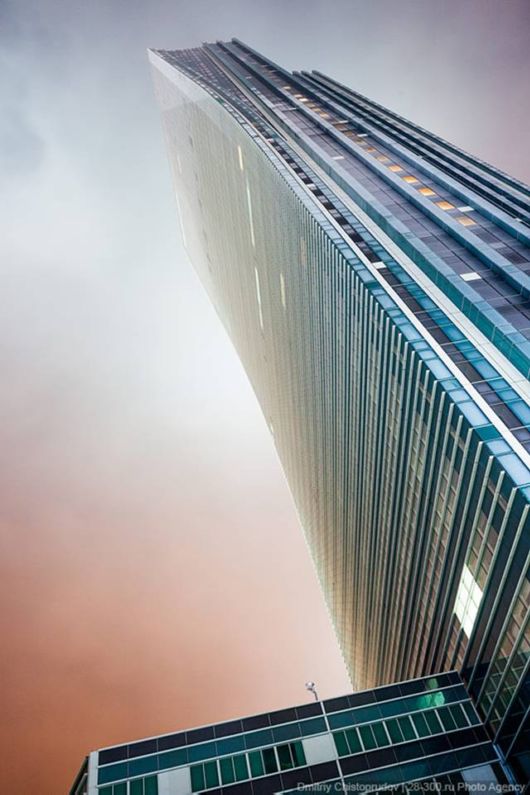 Administrative and technological complex "Transport Tower." Skyscrapers in Astana bit and they are concentrated in one place. As Moscow-City. Only building in Kazakhstan is much faster. 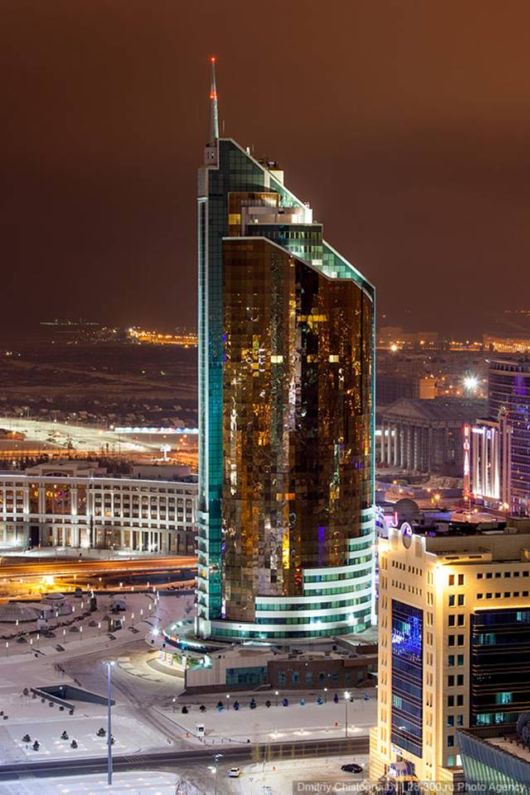 Khan Shatyr ("Royal Marquee") is a giant transparent tent in Astana, the capital city of Kazakhstan. The architectural project was unveiled by the President of Kazakhstan Nursultan Nazarbayev on December 9, 2006. The 150m-high (500 ft) tent has a 200m elliptical base covering 140,000 square metres (14 ha; 35 acres).[1] Underneath the tent, an area larger than 10 football stadiums, is an urban-scale internal park, shopping and entertainment venue with squares and cobbled streets, a boating river, shopping centre, minigolf and indoor beach resort. The roof is constructed from ETFE-cushions provided by Vector Foiltec suspended on a network of cables strung from a central spire. The transparent material allows sunlight through which, in conjunction with air heating and cooling systems, is designed to maintain an internal temperature between 15?30 °C (59?86 °F) in the main space and 19?24 °C (66?75 °F) in the retail units, while outside the temperature varies between -35 and 35 °C (-31 and 95 °F) across the year. 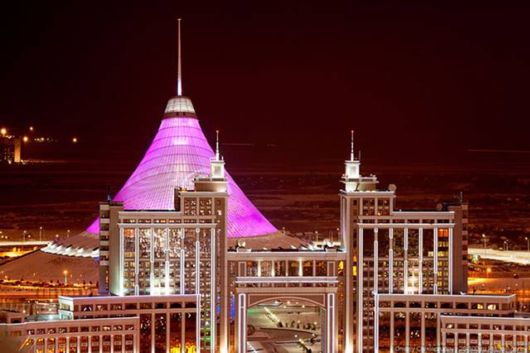 Following the construction of the Palace of Peace and Reconciliation (opened in 2006), a giant glass pyramid, the Khan Shatyr Entertainment Center was the second national project in Astana designed by UK architect Norman Foster (of Foster and Partners), (Partners in Charge Filo Russo and Peter Ridley), and UK engineers Buro Happold led by Mike Cook.[2] Construction documentation architects were Linea and Gultekin.[1] The construction of the tent-city was the responsibility of the Turkish company Sembol. 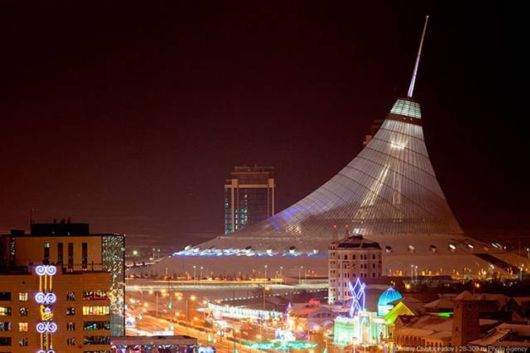 The atrium of the hotel "Duman". 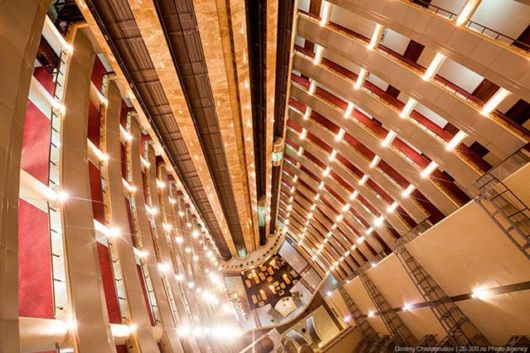 Go wherever you want and take pictures. 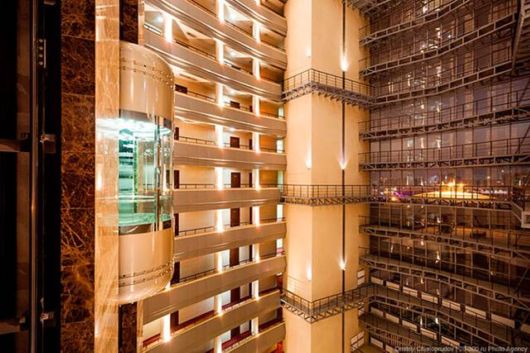 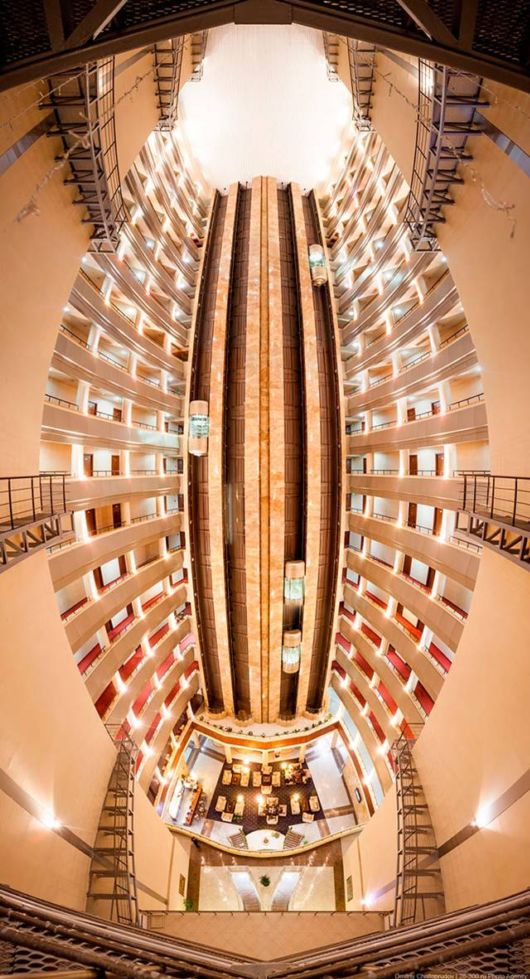 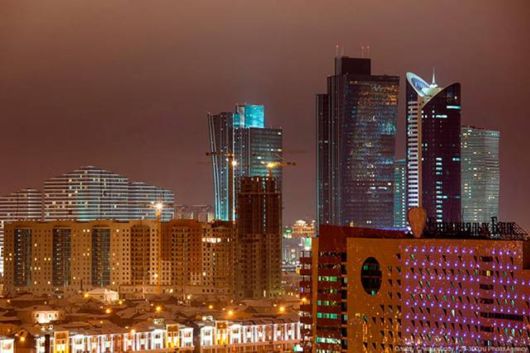 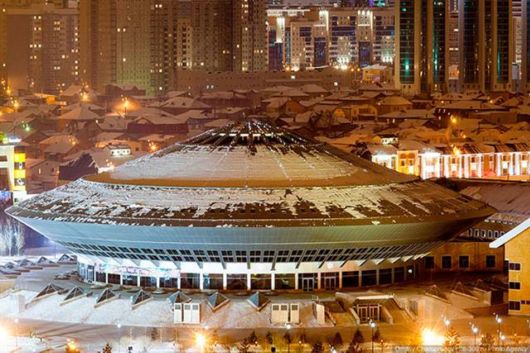 Local "Triumph Palace". Very similar to that of Moscow. Even called similar – "Triumph of Astana". 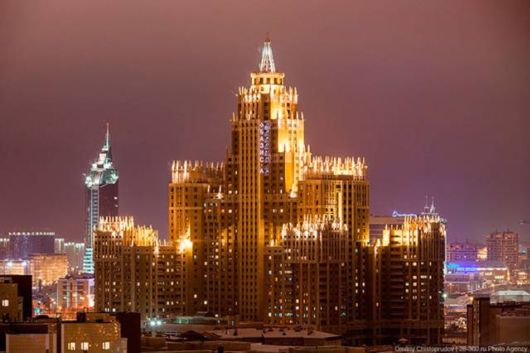 Most M-3 through the Ishim. 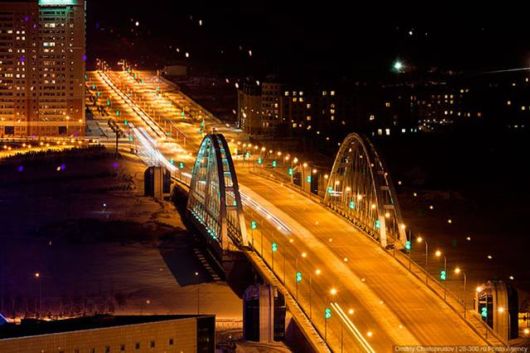 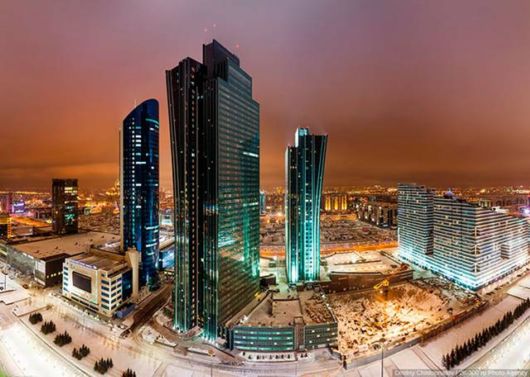 Ak-Orda. White House, the residence of El-Bass. Here’s a she, winter Astana. 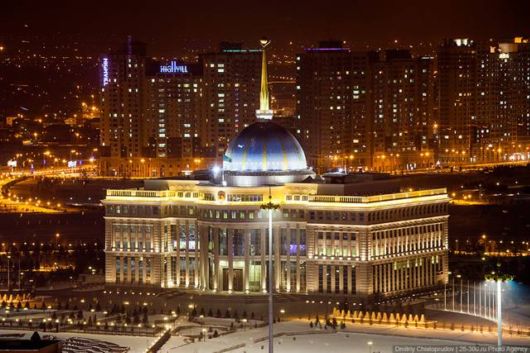