The Geirangerfjorden is a fjord in the Sunnmøre region of Møre og Romsdal county, Norway. It located entirely in Stranda Municipality. It is a 15-kilometre (9.3 mi) long branch off of the Sunnylvsfjorden, which is a branch off of the Storfjorden (Great Fjord). The small village of Geiranger is located at the end of the fjord where the Geirangelva river empties into it. 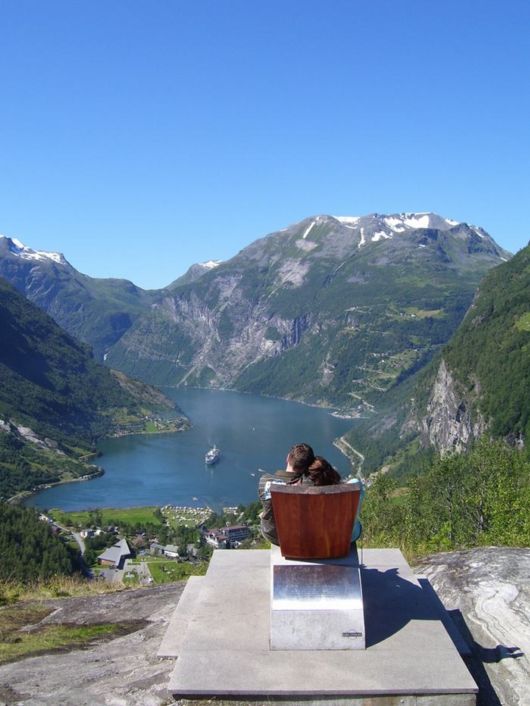 The fjord is one of Norway’s most visited tourist sites. In 2005, it was listed as a UNESCO World Heritage Site, jointly with the Nærøyfjorden, although this status is now threatened by the disputed plans to build power lines across the fjord. A car ferry, which doubles as a sightseeing trip, is operated by Fjord1 Nordvestlandske. It runs lengthwise along the fjord between the small towns of Geiranger and Hellesylt.
Along the fjord’s sides there lie a number of now-abandoned farms. Some restoration has been made by the Storfjordens venner association. The most commonly visited among these are Skageflå, Knivsflå, and Blomberg. Skageflå may also be reached on foot from Geiranger, while the others require a boat excursion. The fjord is also host to several impressive waterfalls such as the Seven Sisters waterfall. 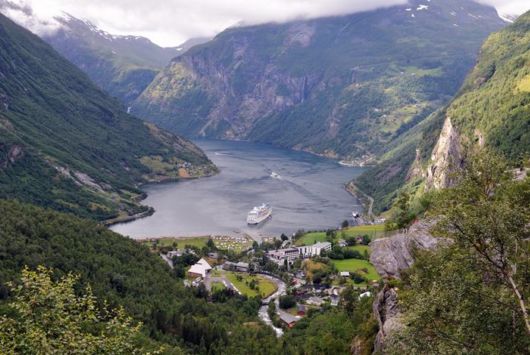 This fjord is surrounded by the steepest and, one is almost tempted to say, the most preposterous mountains on the entire west coast. It is very narrow and has no habitable shore area, for the precipitous heights rise in sheer and rugged strata almost straight out of the water. Foaming waterfalls plunge into the fjord from jagged peaks. There are, however, a few mountain farms here, and of these one or two have such hazardous access, by paths that wind around steep precipices, and by bridges that are fixed to the mountain with iron bolts and rings, that they bear witness in a most striking way to the remarkable powers of invention which the challenges of nature have developed in man. 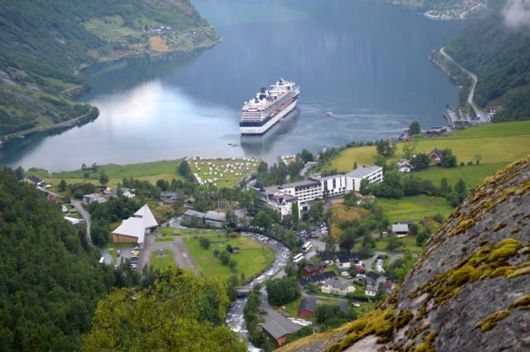 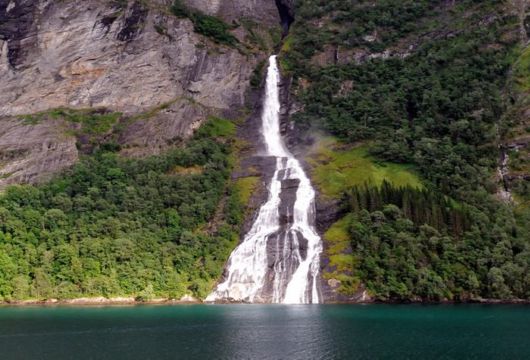 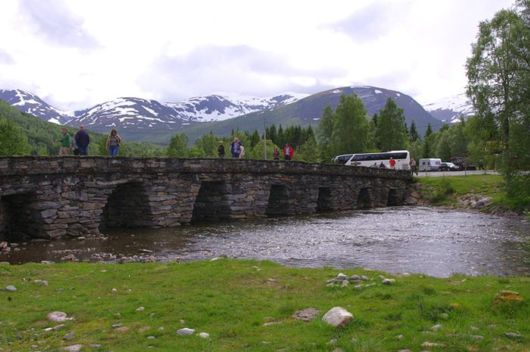 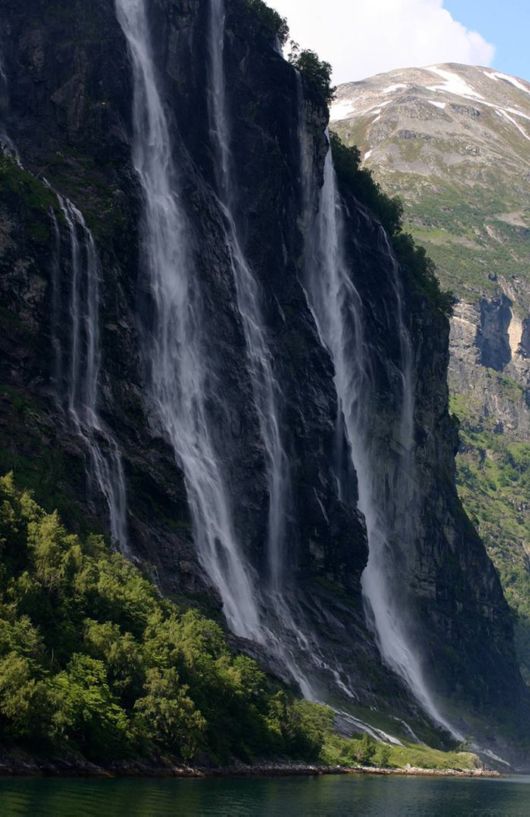 The Seven Sisters Waterfall making their way to the Geirangerfjord. 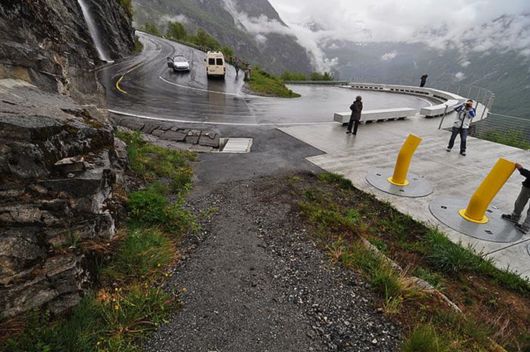 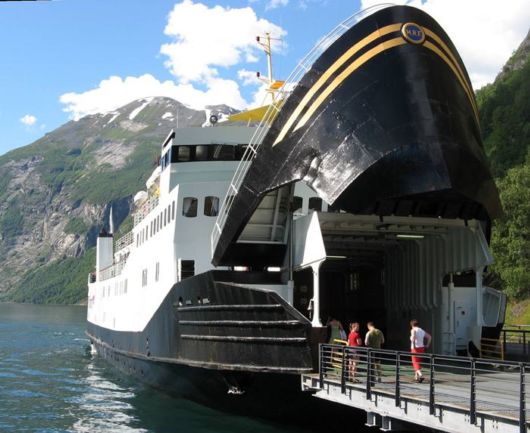 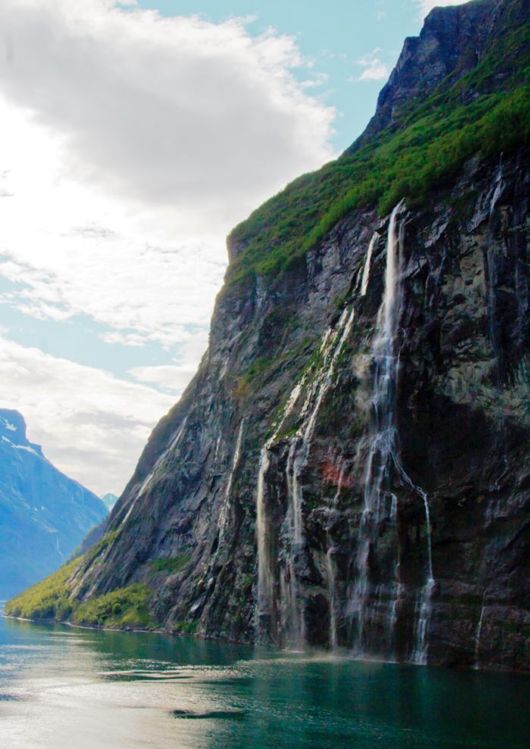 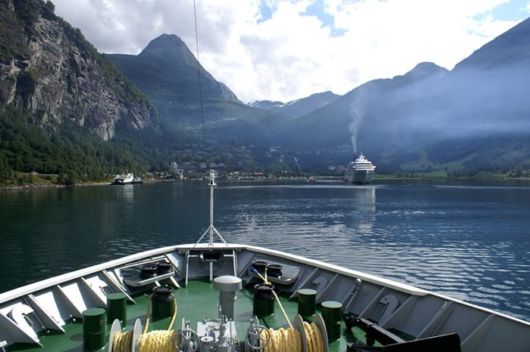 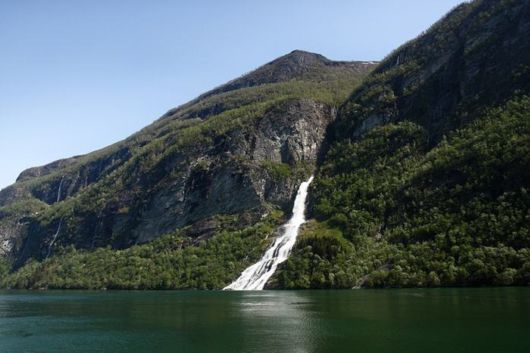 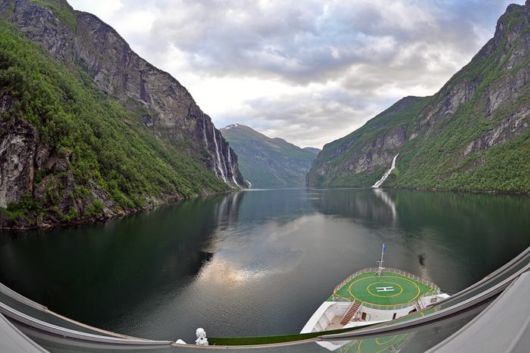 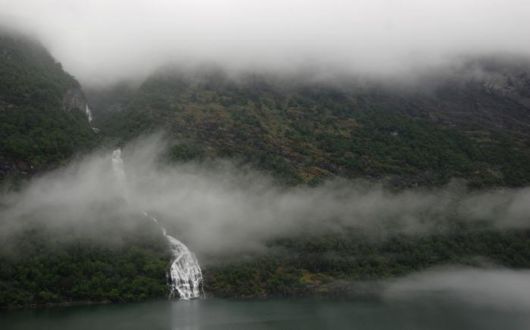 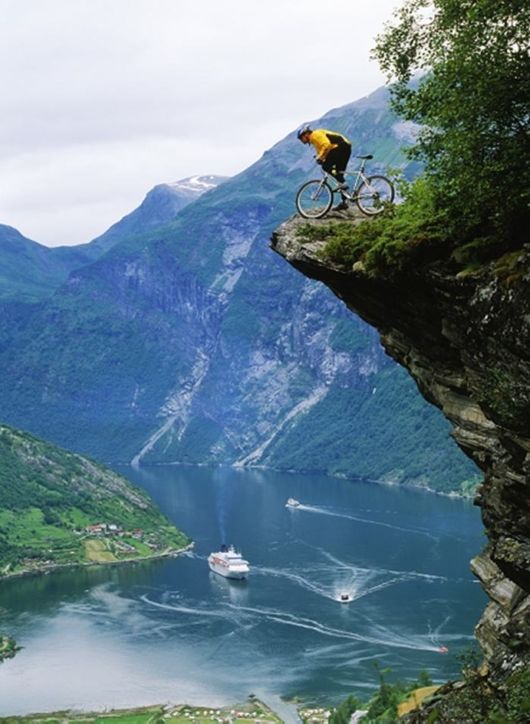 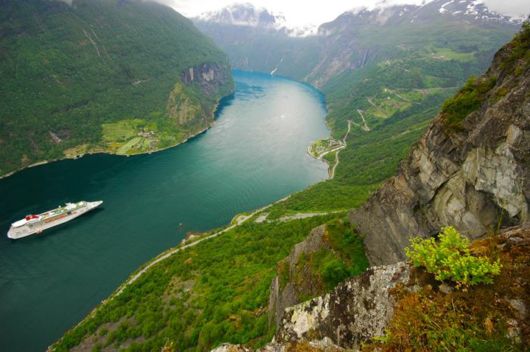 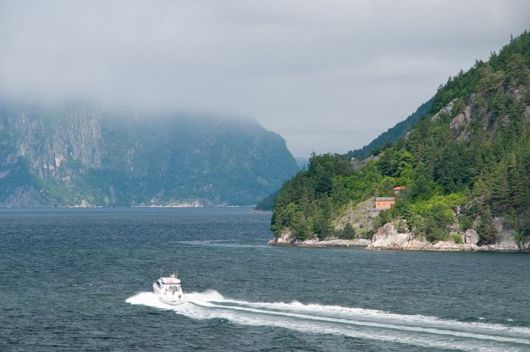 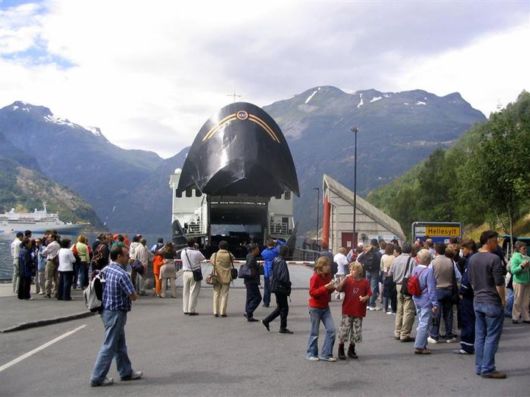 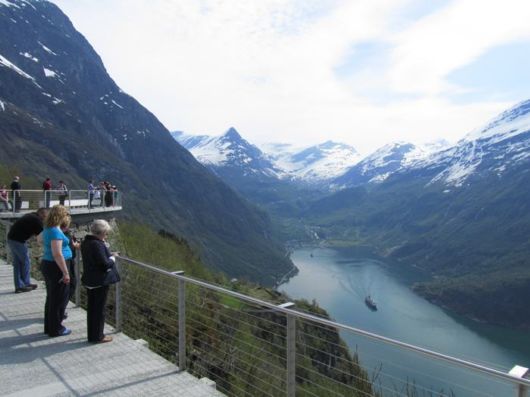 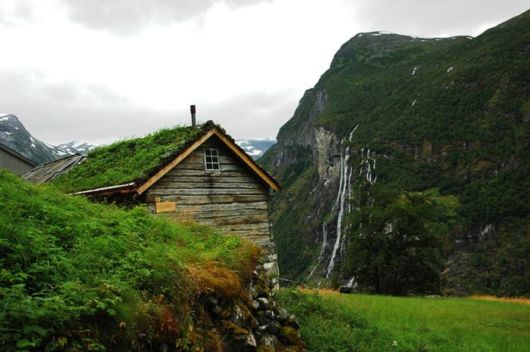 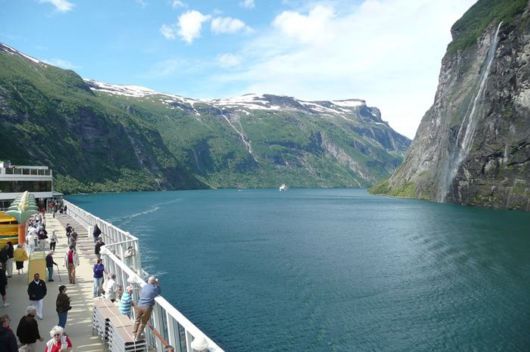 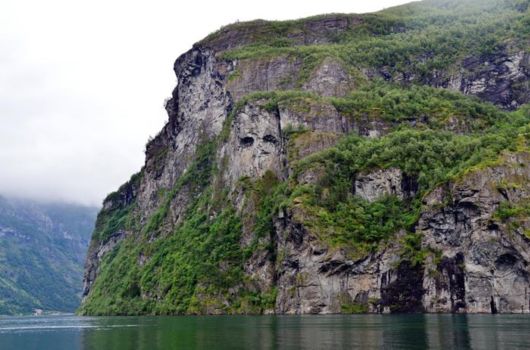 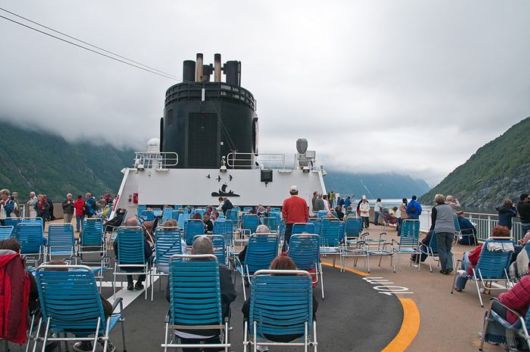 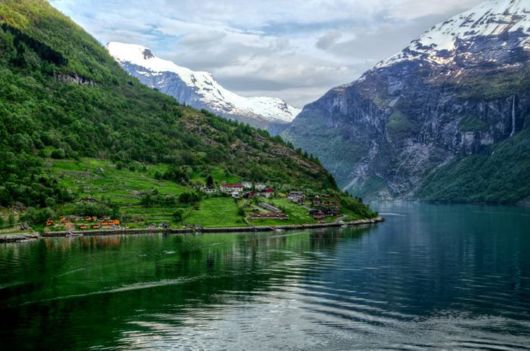 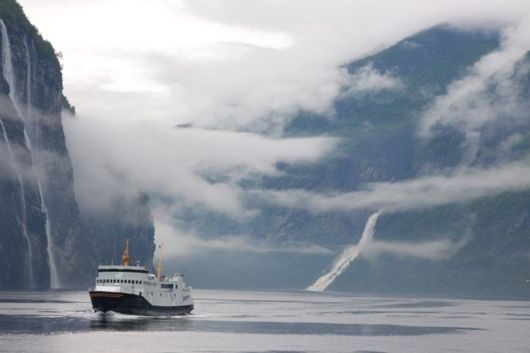 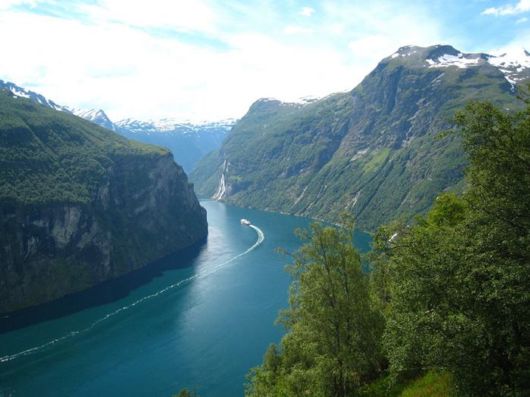