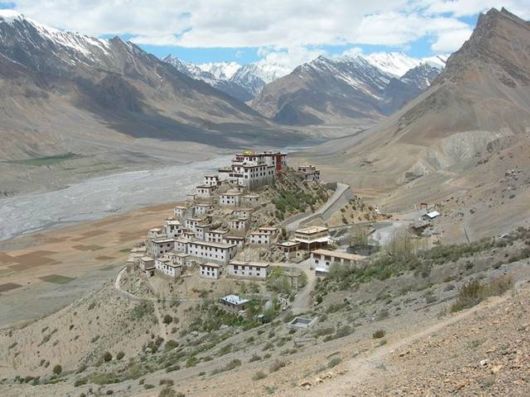 Key Gompa is a Tibetan Buddhist monastery located on picturesque hilltop at an altitude of 4,166 metres above sea level, close to the Spiti River, in the Spiti Valley of Himachal Pradesh, India. The monastery has the distinction of being the oldest and the biggest in the Lahaul and Spiti district of Himachal Pradesh and a religious training centre for Lamas. It is home to around 300 lamas who receive their religious education here.

Key Gompa is said to have been founded by Dromtön (Brom-ston, 1008-1064 CE), a pupil of the famous teacher, Atisha, in the 11th century. This may however, refer to a now destroyed Kadampa monastery at the nearby village of Rangrik, which was probably destroyed in the 14th century when the Sakya sect rose to power with Mongol assistance. Nevertheless, it is believed that the monastery is at least a thousand years old. There was even a celebration of its millennium in 2000 in the presence of the Dalai Lama. 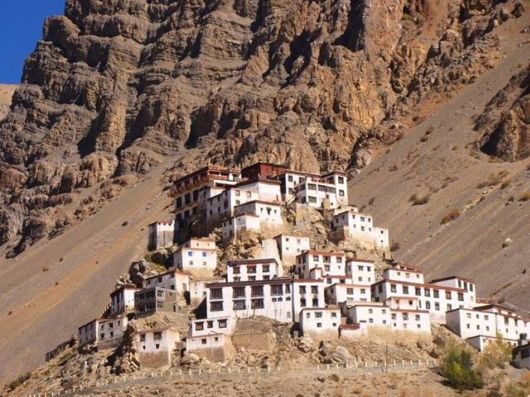 Key Gompa was frequently attacked by the Mongols, such as the 17th century raid during the reign of the Fifth Dalai Lama. In the 19th century it was attacked and looted by various armies engaging in fights in the region. This was followed by a devastating fire in the 1840s. In 1975 a violent earthquake caused further damage to the building.

Repeated attacks on the monastery resulted in frequent renovation and reconstruction work which in turn has given rise to irregular box like structure. The building has the appearance of a defensive fort rather than a monastery. Today, the monastery is renowned religious training center for the Lamas who can be seen dancing, singing and playing on their pipes and horns.

The monastery is a wonderful example of the monastic architecture that came into prominence during the 14th century because of the Chinese influence. Regular invasions have led to temples built on top of one another. There are low rooms and narrow corridors. Dimly lit passages, difficult staircases and small doors lead to prayer rooms which themselves do not conform to a single design.

The walls of the monastery are decorated with beautiful paintings and murals, thangkas (a painted or embroidered Tibetan banner), valuable manuscripts, stucco images, and unique wind instruments. There is also a collection of weapons which were probably used to defend the monastery from the attackers. The wind instruments are still put to use during the enaction of Chham in summers.

The monastery is around 12 km north of Kaza and can be reached by covering a distance of 210 km from Manali to Kaza. From there daily buses takes you to the Kye Monastery. 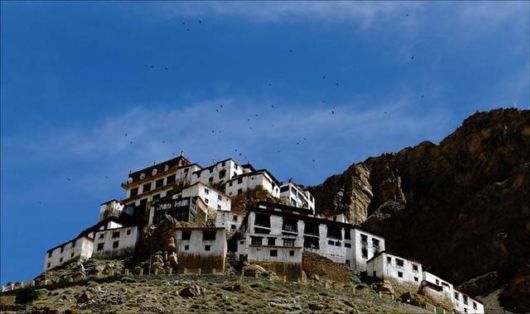 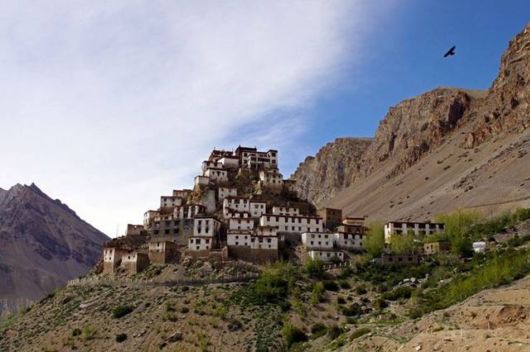 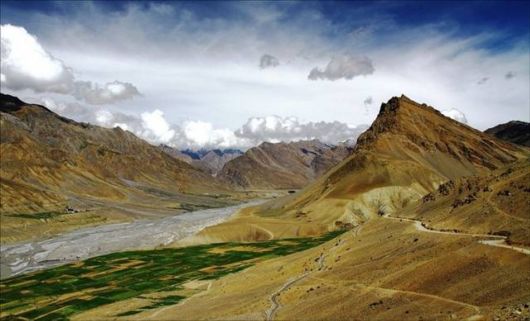 Pictured above is the frozen Spiti river behind Key Gompa. 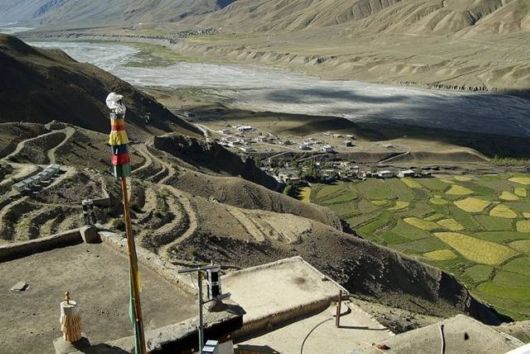 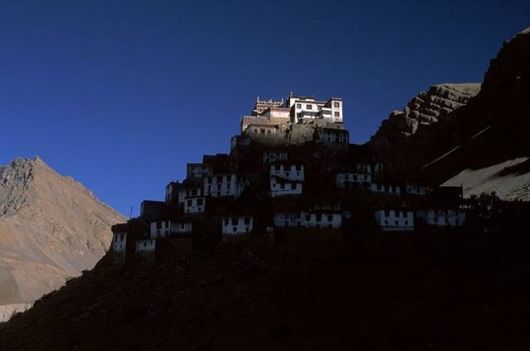 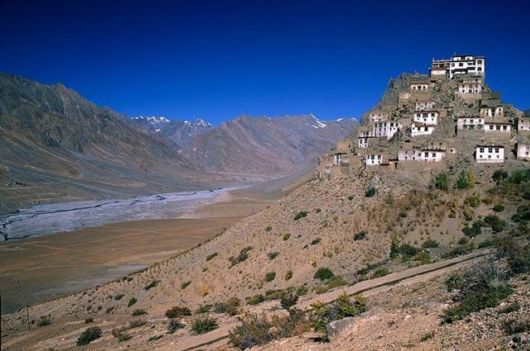 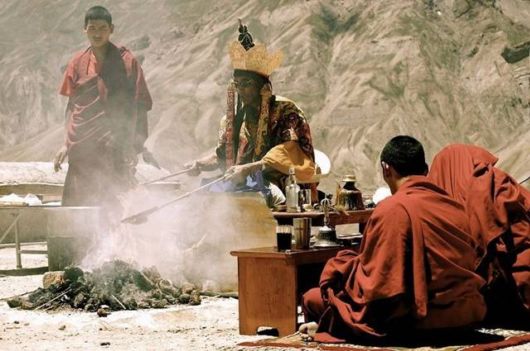 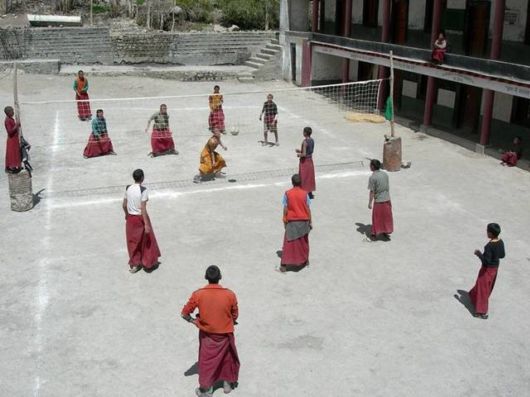 Playing volleyball in the courtyard. 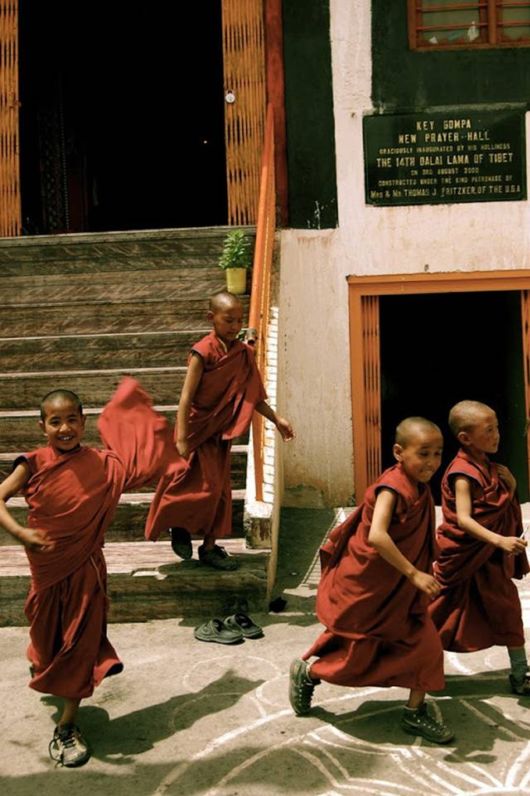 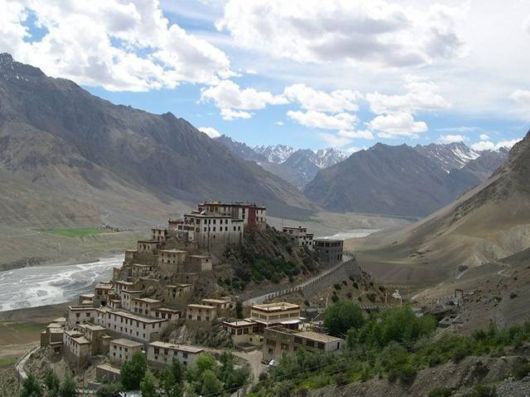