Malé, is the capital and most populous city in the Republic of Maldives. It is located at the southern edge of North Malé Atoll (Kaafu Atoll). It is also one of the Administrative divisions of the Maldives. Traditionally it was the King’s Island, from where the ancient Maldive Royal dynasties ruled and where the palace was located. The city was also called Mahal. Formerly it was a walled city surrounded by fortifications and gates (doroshi). The Royal Palace (Gan’duvaru) was destroyed along with the picturesque forts (kotte) and bastions (buruzu) when the city was remodelled under President Ibrahim Nasir’s rule after the abolition of the monarchy. However, the beautifully decorated Male’ Hukuru Miskiy remains. In recent years, the island has been considerably expanded through landfilling operations. Over the years there have been many coup attempts and protests centered in Male as a result of demand for greater democracy in the Maldives. 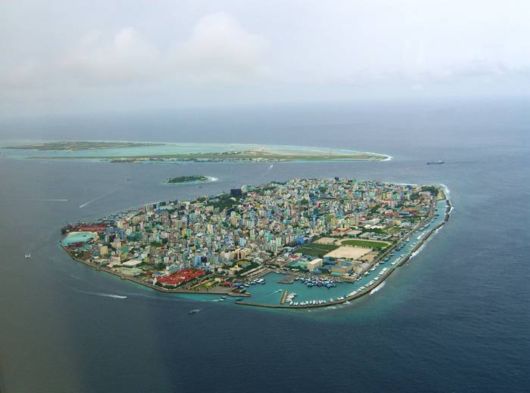 The whole island group, the Maldives, is named after its capital. The word “Maldives" means "The islands (dives) of Male’". The first settlers in the Maldive islands were Dravidian people from the nearest shores, which are in the modern Indian Subcontinent and coastal Ceylon. Comparative studies of Maldivian linguistic, oral and other cultural traditions, in addition to folklore, point to a strong Dravidian influence on Maldivian society, centered in Malé, from ancient times. The people of Giraavaru, an island located in Malé Atoll (now a tourist resort, after the forced diaspora of its inhabitants) claim to descend from the first settlers of the Maldives, ancient Tamils. 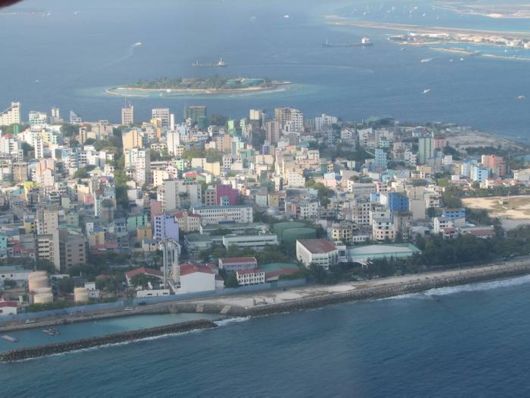 It is said that Giraavaru fishermen used to go regularly to a certain large sandbank (finolhu) at the southern end of their atoll to clean tuna fish after a good catch. Owing to the large amount of tuna fish offal and blood, the waters around that sandbank looked like a big pool of blood (maa ley gandeh). “Maa (from the Sanskrit "Maha"), meaning big, and "Le" meaning blood. Traditionally the first inhabitants of the Maldives, which include the Giravaru people, didn’t have kings. They lived in a simple society and were ruled by local headmen. But one day a prince from the Subcontinent called Koimala arrived to Malé Atoll sailing from the North on a big ship. The people of Giraavaru spotted his vessel from afar and welcomed him. They allowed Prince Koimala to settle on that large sandbank in the midst of the waters tainted with fish blood. Trees were planted on the sandbank and it is said that the first tree that grew on it was the papaya tree. However this could refer to any tree that bears edible fruit as the archaic Dhivehi word (and Mahal word even today) for fruit was the same as that for the papaya (falhoa). As time went by the local islanders accepted the rule of this Northern Prince. A palace was built and the island was formally named Maa-le (Malé), while the nearest island was named Hulhu-le. 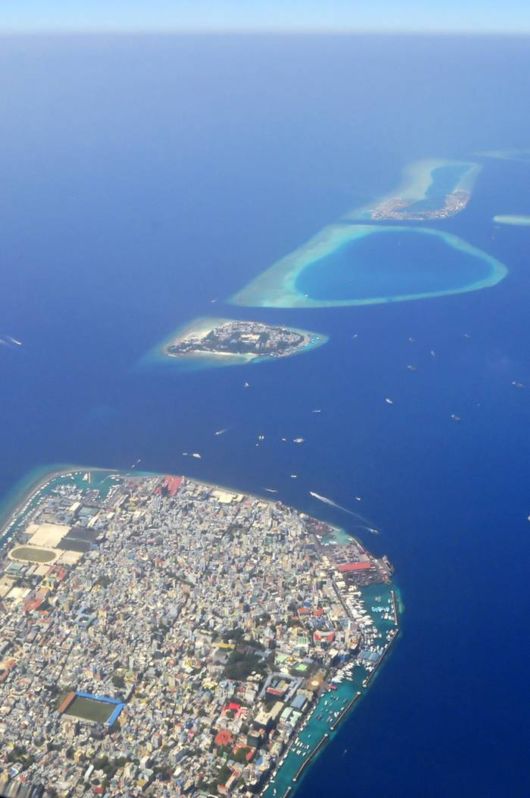 The names of the main four wards or divisions of Malé Island are said to have been given by the aboriginal Giraavaru fishermen: Maafannu from "maa" (big) and "fannu" (a place where a village path meets the sea), Henveiru from "en-beyru" (out where fishermen got their bait), Galolhu from “galu-olhu" (stone groove) and, Macchangolhi from "mathi-angolhi" (windward path-fork). The modern-day city was founded as a trading post by the Portuguese in the 16th century. 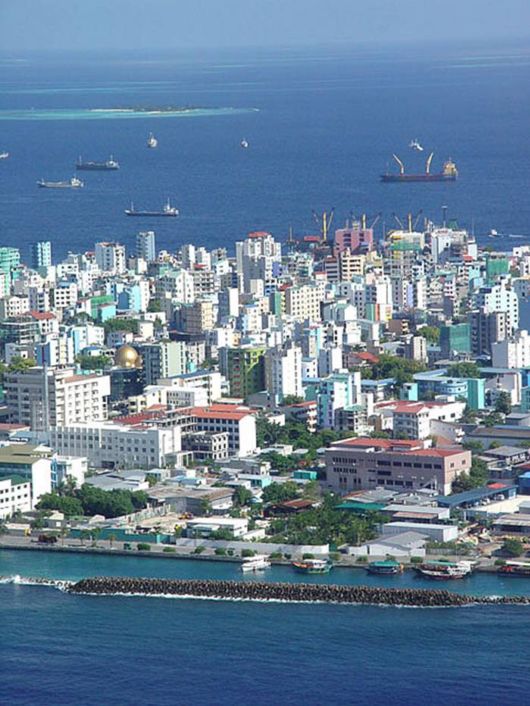 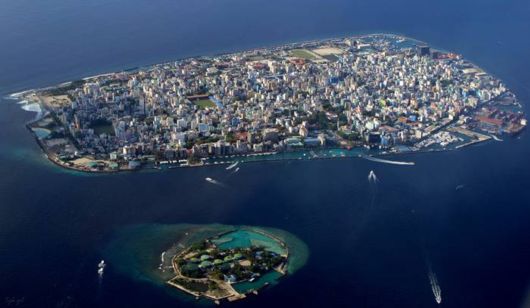 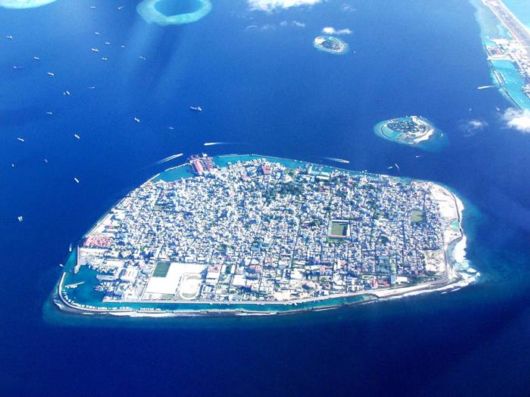 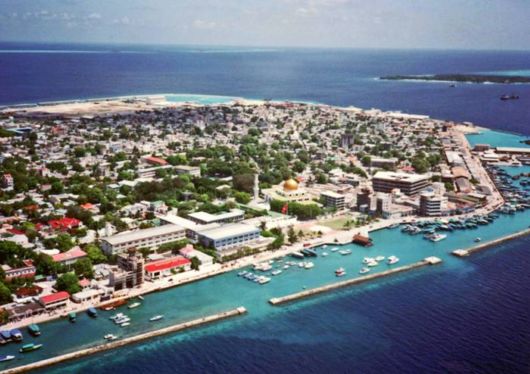 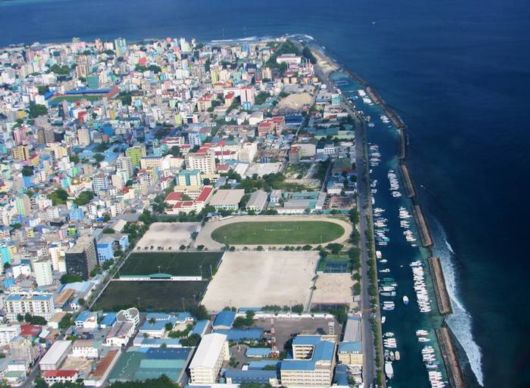 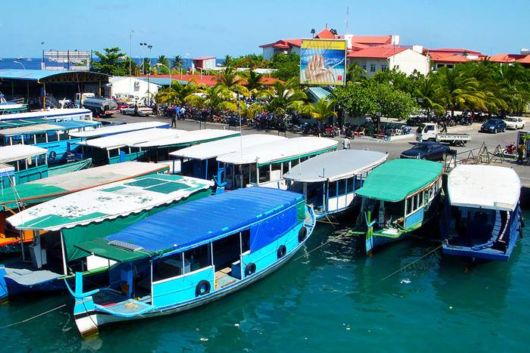 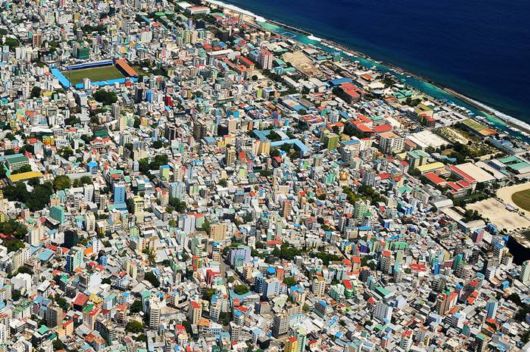 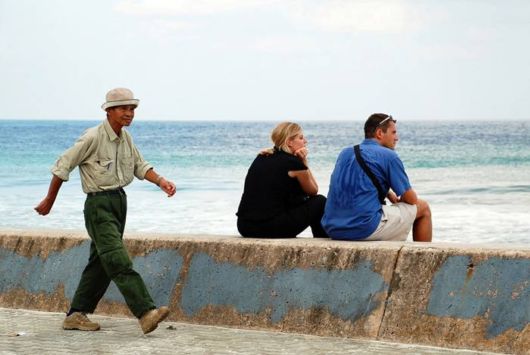 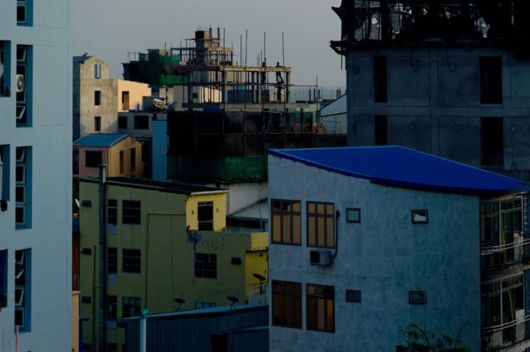 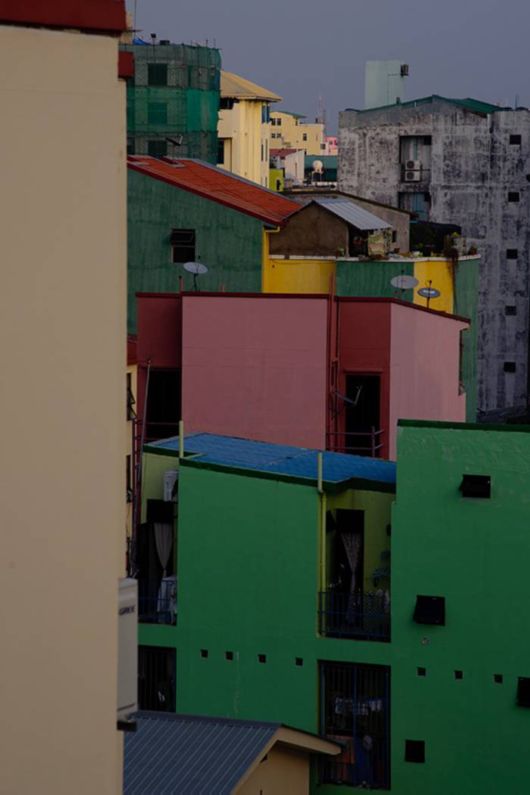 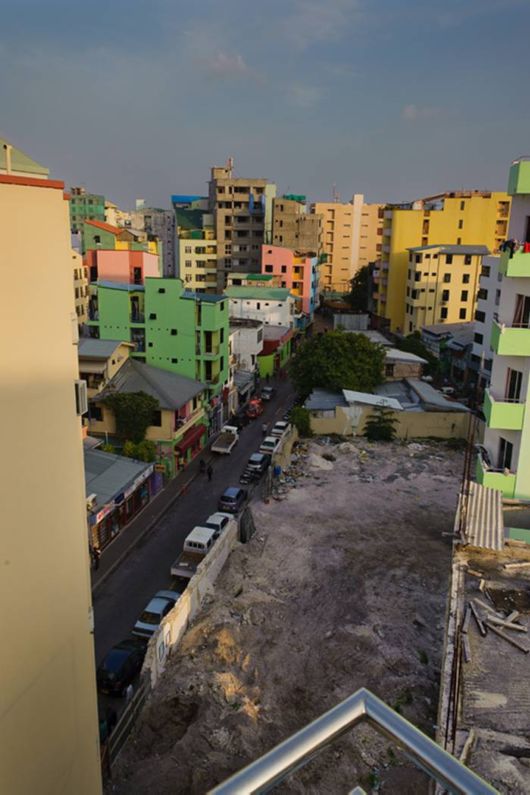 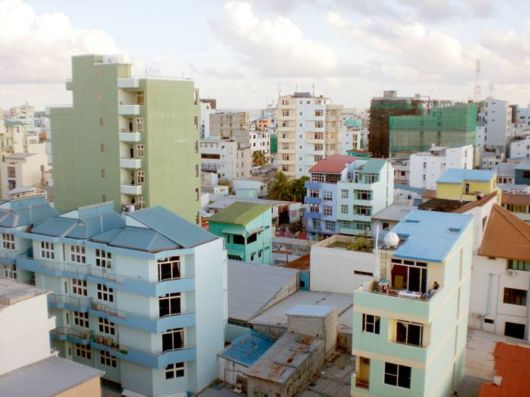 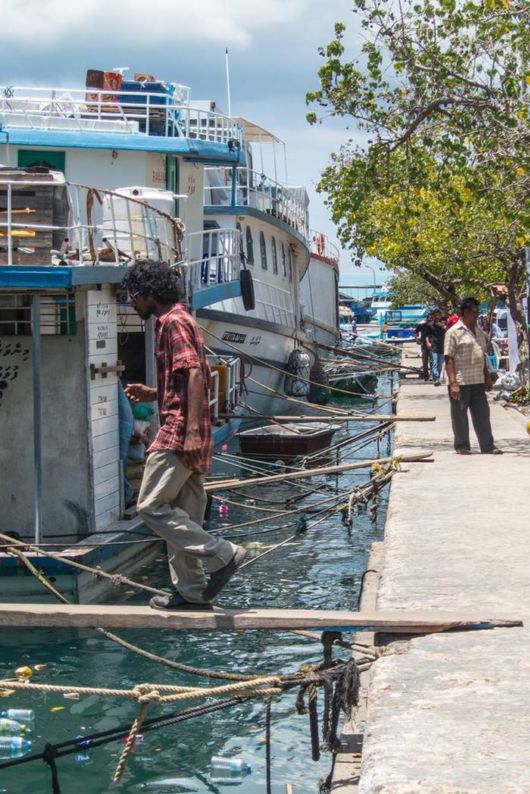 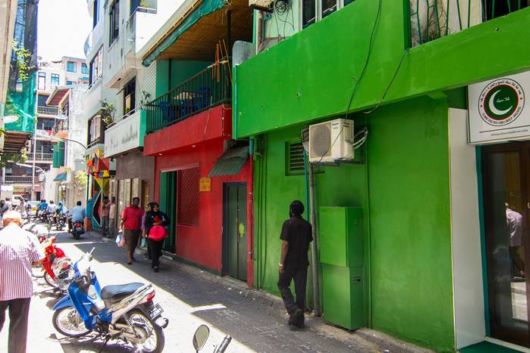 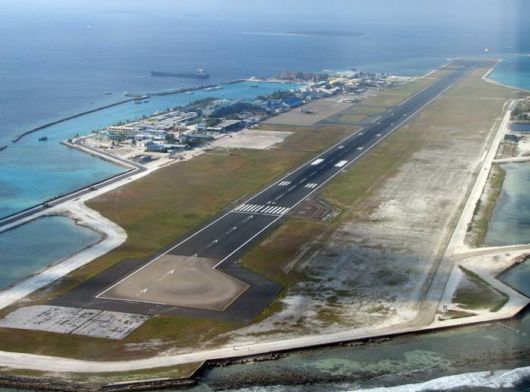