The Mausoleum of Hadrian, usually known as the Castel Sant’Angelo (English: Castle of the Holy Angel), is a towering cylindrical building in Parco Adriano, Rome, Italy. It was initially commissioned by the Roman Emperor Hadrian as a mausoleum for himself and his family. The building was later used by the popes as a fortress and castle, and is now a museum.

The tomb of the Roman emperor Hadrian, also called Hadrian’s mole,[1] was erected on the right bank of the Tiber, between 130 AD and 139 AD. Originally the mausoleum was a decorated cylinder, with a garden top and golden quadriga. Hadrian’s ashes were placed here a year after his death in Baiae in 138 AD, together with those of his wife Sabina, and his first adopted son, Lucius Aelius, who also died in 138 AD. Following this, the remains of succeeding emperors were also placed here, the last recorded deposition being Caracalla in 217 AD. The urns containing these ashes were probably placed in what is now known as the Treasury room deep within the building. Hadrian also built the Pons Aelius facing straight onto the mausoleum ? it still provides a scenic approach from the center of Rome and the right bank of the Tiber, and is renowned for the Baroque additions of statues of angels holding aloft elements of the Passion of Christ. 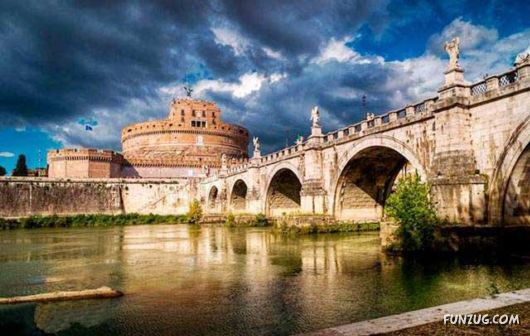 Destruction
Much of the tomb contents and decorations have been lost since the building’s conversion to a military fortress in 401 and its subsequent inclusion in the Aurelian Walls by Flavius Augustus Honorius. The urns and ashes were scattered by Visigoth looters during Alaric’s sacking of Rome in 410, and the original decorative bronze and stone statuary were thrown down upon the attacking Goths when they besieged Rome in 537, as recounted by Procopius. An unusual survivor, however, is the capstone of a funerary urn (probably that of Hadrian), which made its way to Saint Peter’s Basilica and was incorporated into a massive Renaissance baptistery. The use of spolia from the tomb in the post-Roman period was noted in the 16th century – Giorgio Vasari writes:

…in order to build churches for the use of the Christians, not only were the most honoured temples of the idols [pagan Roman gods] destroyed, but in order to ennoble and decorate Saint Peter’s with more ornaments than it then possessed, they took away the stone columns from the tomb of Hadrian, now the castle of Sant’Angelo, as well as many other things which we now see in ruins.

Legend holds that the Archangel Michael appeared atop the mausoleum, sheathing his sword as a sign of the end of the plague of 590, thus lending the castle its present name. A less charitable yet more apt elaboration of the legend, given the militant disposition of this archangel, was heard by the 15th century traveler, who saw an angel statue on the castle roof. He recounts that during a prolonged season of the plague, Pope Gregory I heard that the populace, even Christians, had begun revering a pagan idol at the church of Santa Agata in Suburra. A vision urged the Pope to lead a procession to the church. Upon arriving, the idol miraculously fell apart with a clap of thunder. Returning to St Peter’s by the Aelian Bridge, the Pope had another vision of an angel atop the castle, wiping the blood from his sword on his mantle, and then sheathing it. While the Pope interpreted this as a sign that God was appeased, this did not detract Gregory from destroying more sites of pagan worship in Rome. 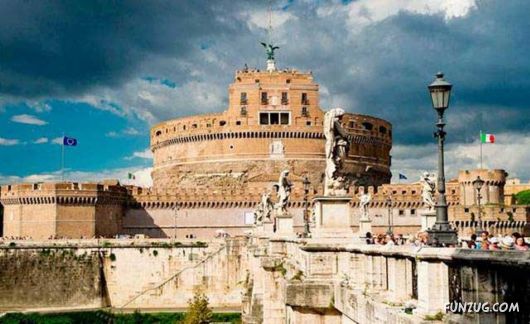 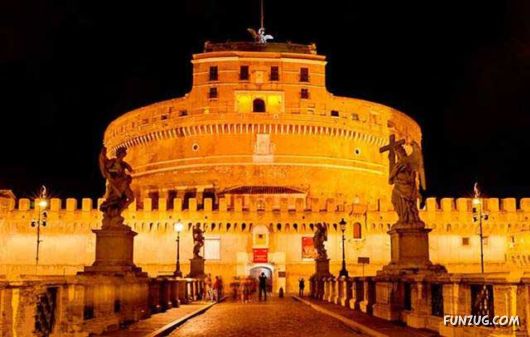 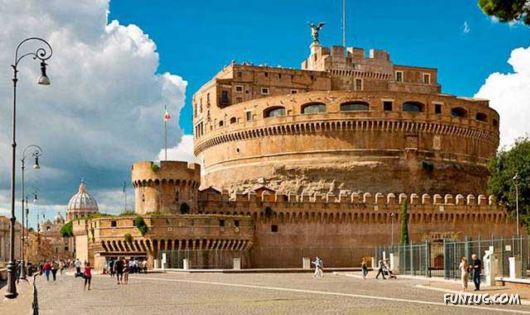 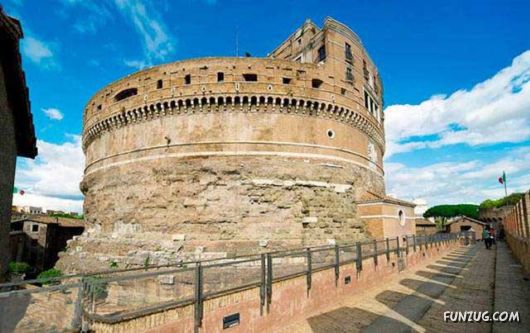 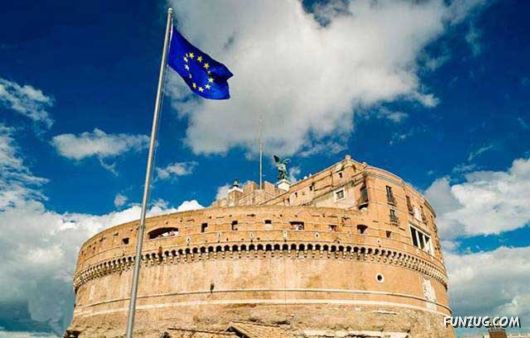 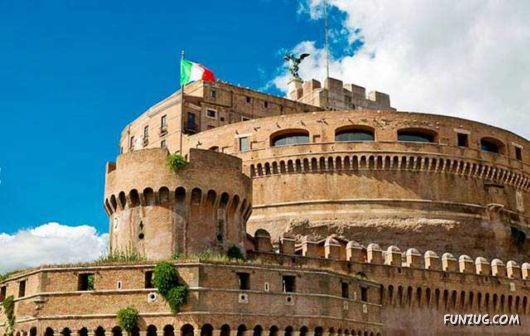 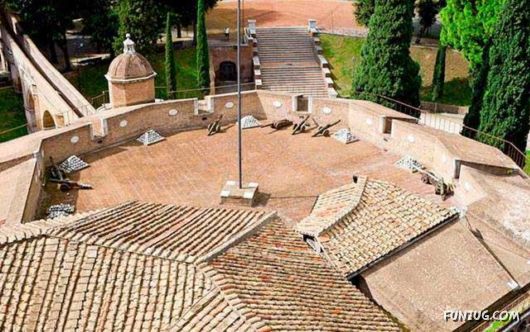 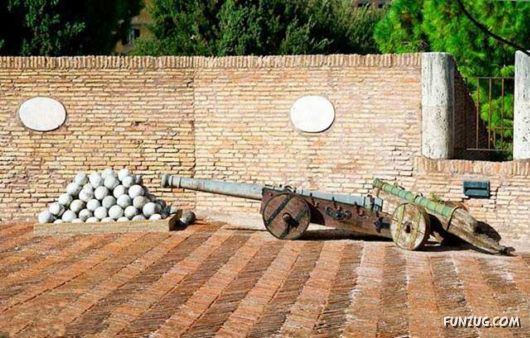 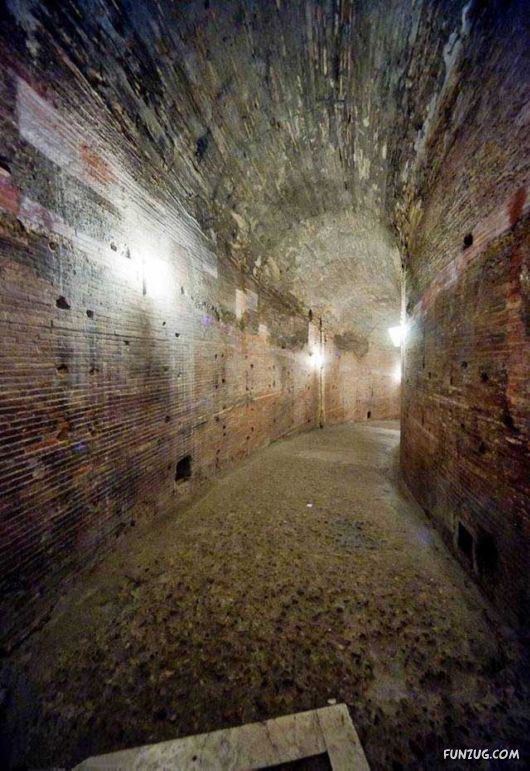 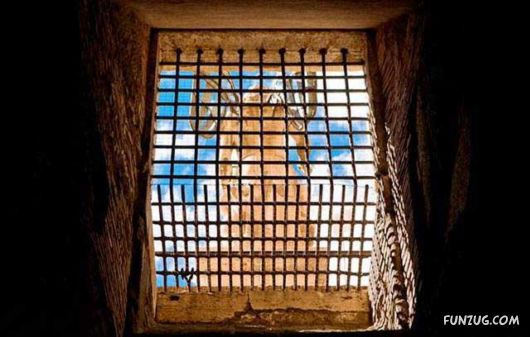 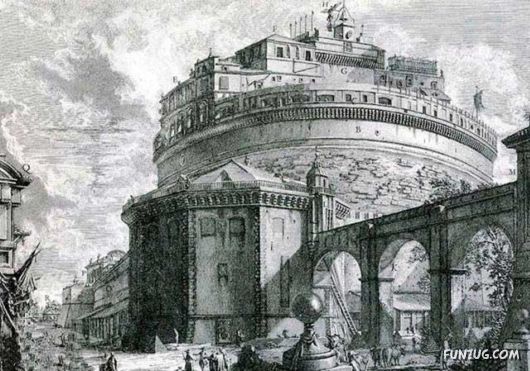 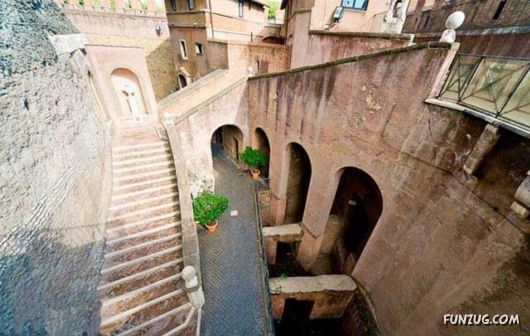 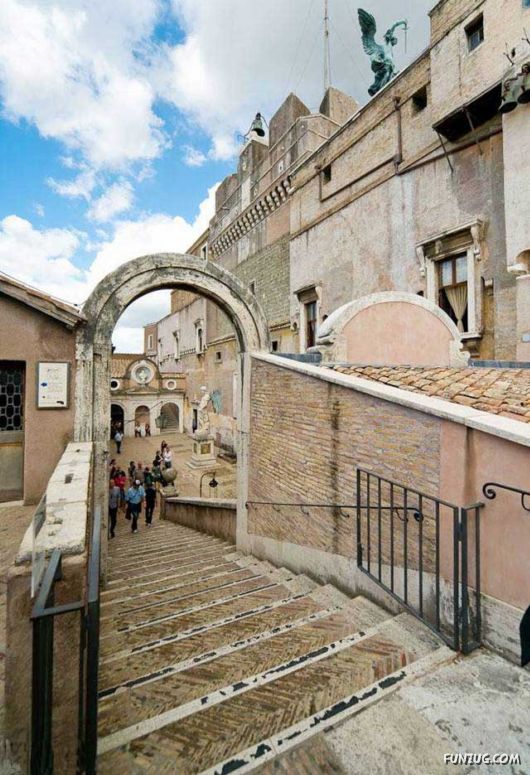 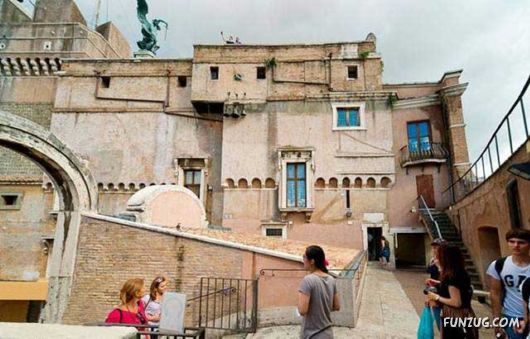 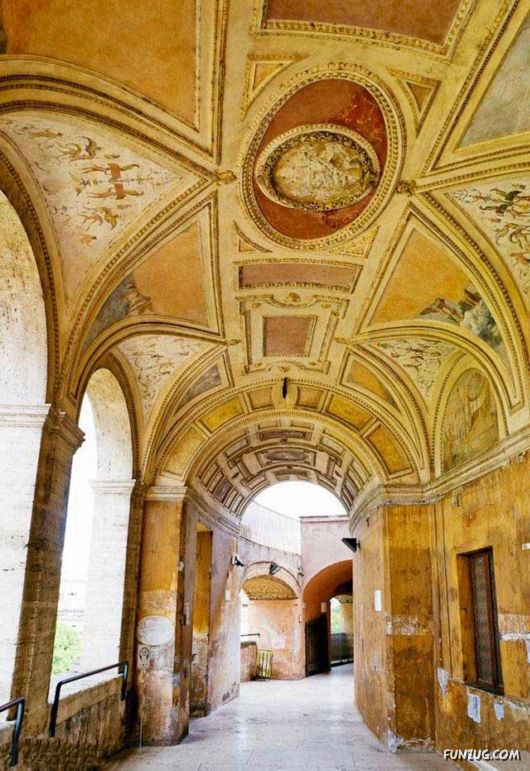 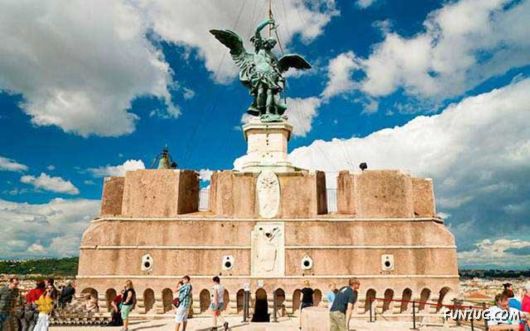 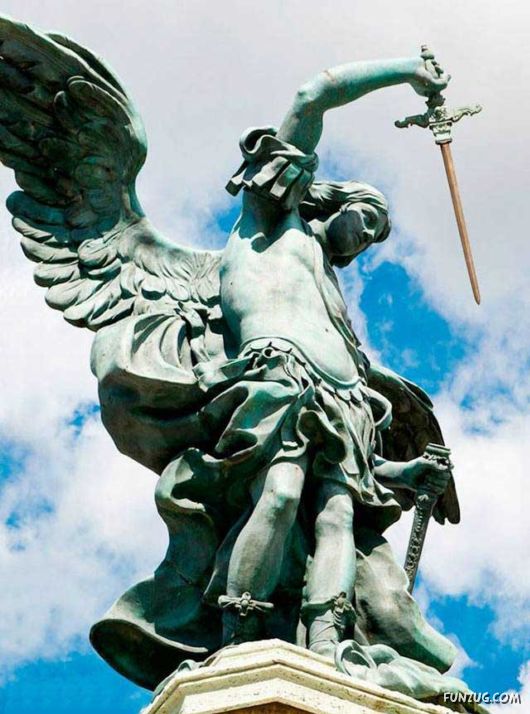 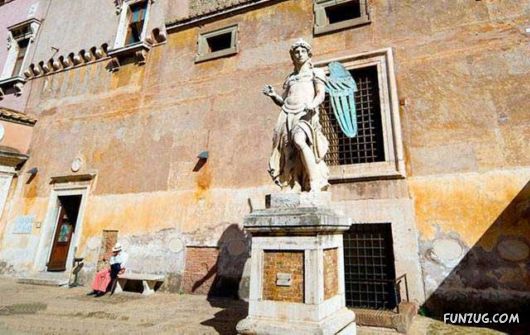 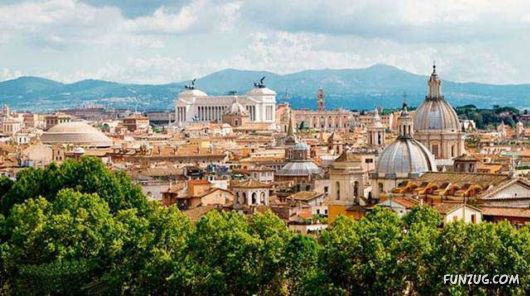 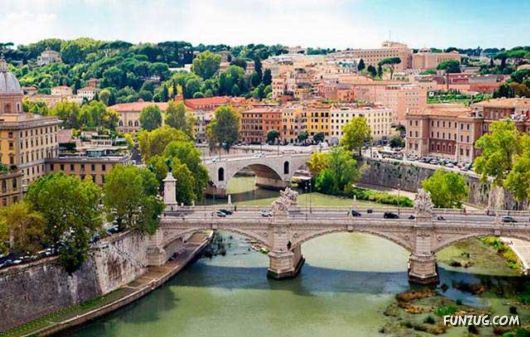 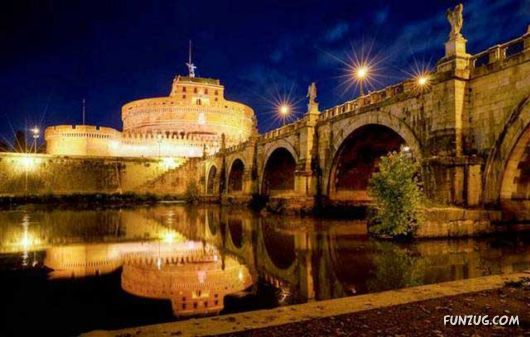 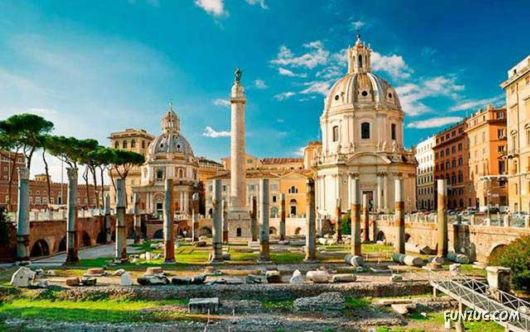 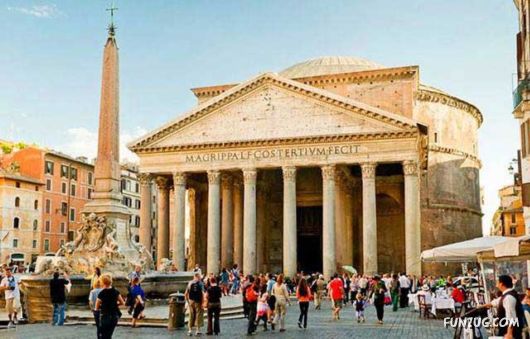