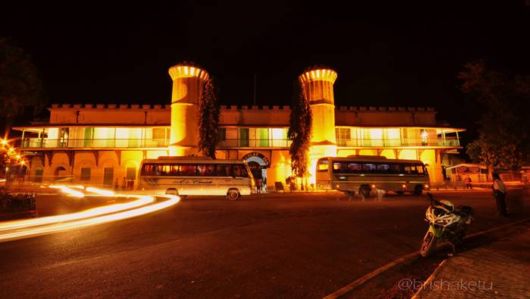 The Cellular Jail, also known as Ka-la- Pa-ani (Black Water), was a colonial prison situated in the Andaman and Nicobar Islands, India. The prison was used by the British especially to exile political prisoners to the remote archipelago. Many notable dissidents such as Batukeshwar Dutt and Veer Savarkar, among others, were imprisoned here during the struggle for India’s independence. Today, the complex serves as a national memorial monument.

History ? Although the prison complex itself was constructed between 1896 and 1906, the British had been using the Andaman islands as a prison since the days in the immediate aftermath of the 1857 War of Independence. hortly after the rebellion was suppressed, the British executed many rebels. Those who survived were exiled for life to the Andamans to prevent them re-offending. 200 rebels were transported to the islands under the custody of the jailer David Barry and Major James Pattison Walker , a military doctor who had been warden of the prison at Agra. Another 733 from Karachi arrived in April, 1868. More prisoners arrived from India and Burma as the settlement grew. Anyone who belonged to the Mughal royal family, or who had sent a petition to Bahadur Shah Zafar during the Rebellion was liable to be deported to the islands. 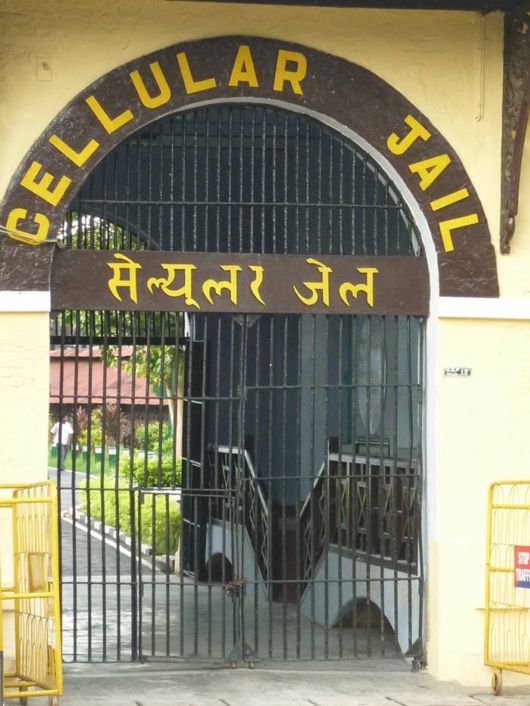 The remote islands were considered to be a suitable place to punish the rebels. Not only were they isolated from the mainland, the overseas journey (Kala Pani) to the islands also threatened them with loss of caste, resulting in social exclusion. The convicts could also be used in chain gangs to construct prisons, buildings and harbour facilities. Many died in this enterprise. They served to colonise the island for the British.

By the late 19th century the independence movement had picked up momentum. As a result, the number of prisoners being sent to the Andamans started growing and the need for a high-security prison was felt. 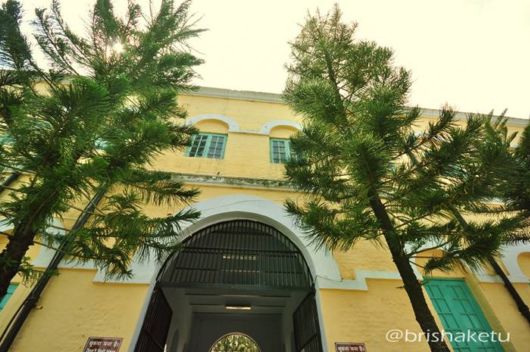 Architecture ? The construction of the prison started in 1896 and was completed in 1906. The original building was a puce-colored brick building. The bricks used to build the building were brought from Burma.

The building had seven wings, at the centre of which a tower served as the intersection and was used by guards to keep watch on the inmates. The wings radiated from the tower in straight lines, much like the spokes of a bicycle wheel. A large bell was kept in the tower to raise the alarm in any eventuality. One of the seven wings

Each of the seven wings had three stories upon completion. There were no dormitories and a total of 693 cells. Each cell was 4.5 metres x 2.7 metres or 13.5×7.5 feet in size with a ventilator located at a height of three metres. The name, “cellular jail”, derived from the solitary cells which prevented any prisoner from communicating with any other. Also, the spokes were so designed such that the face of a cell in a spoke saw the back of cells in another spoke. This way, communication between prisoners was impossible. They were all in solitary confinement. 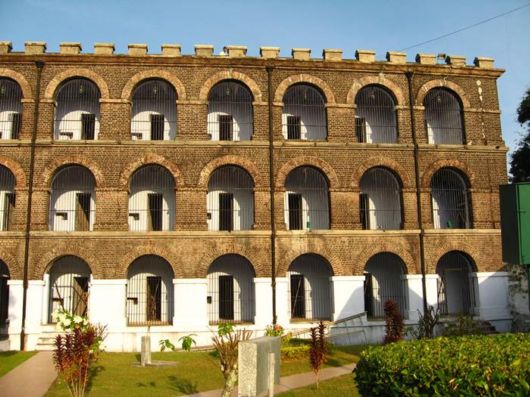 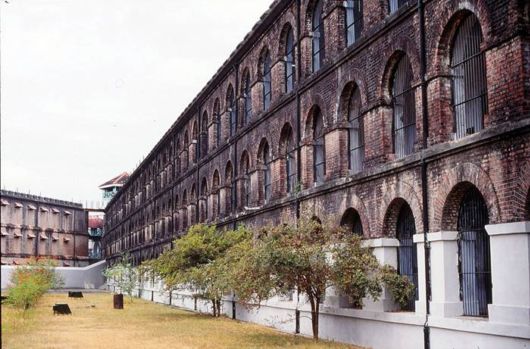 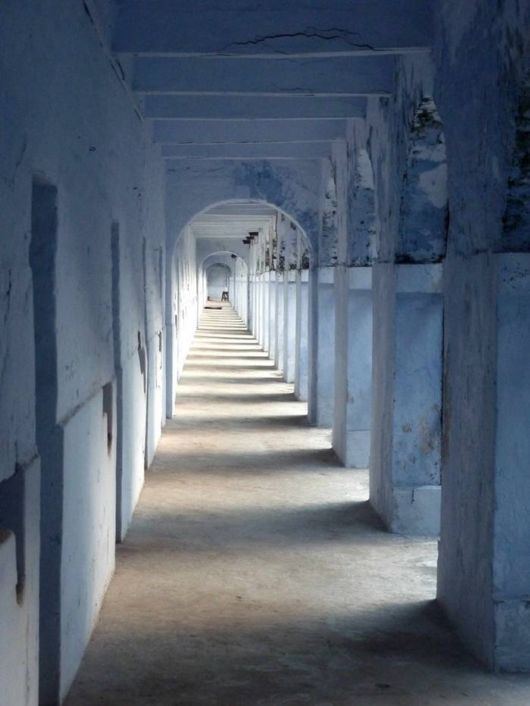 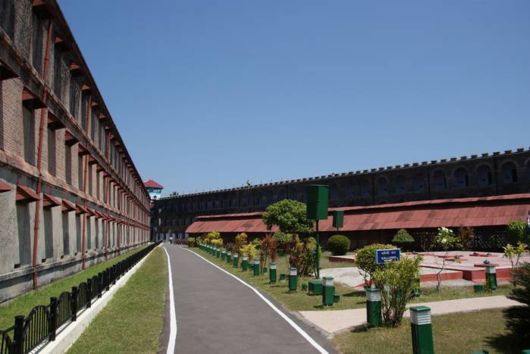 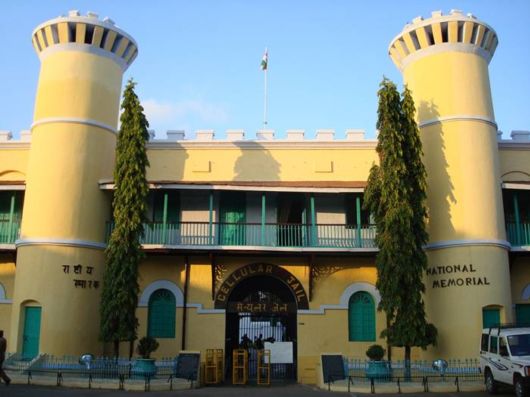 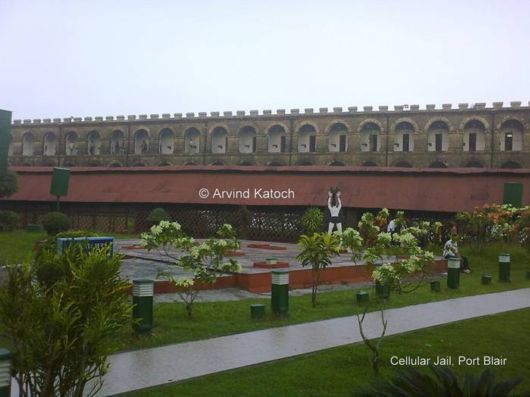 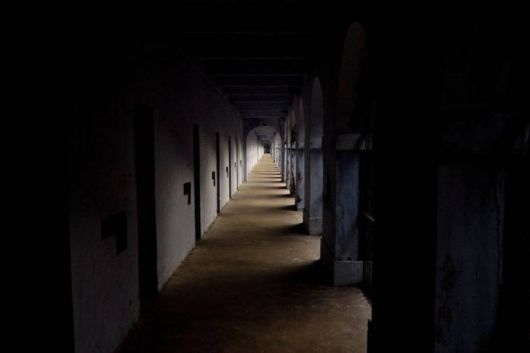 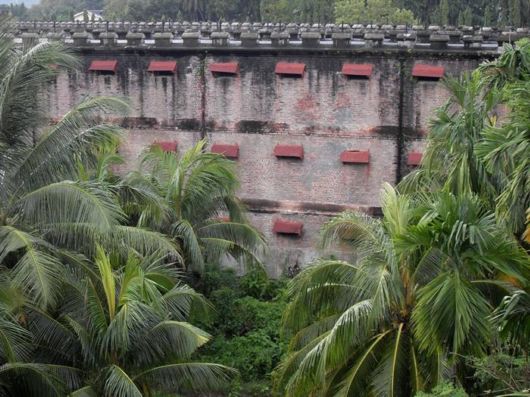 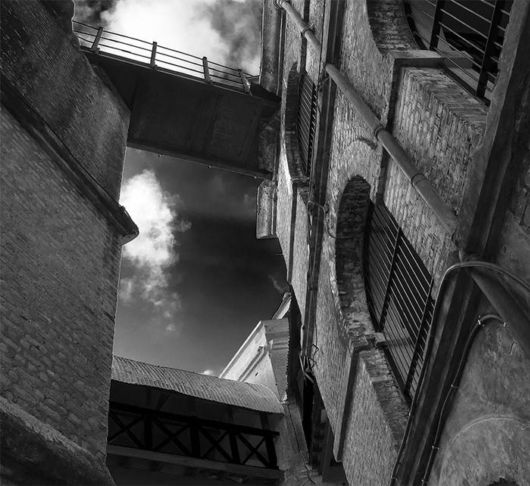 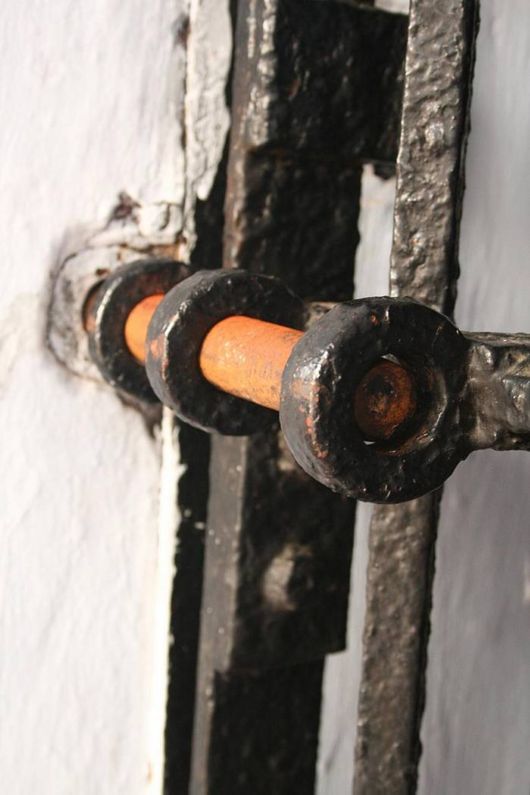 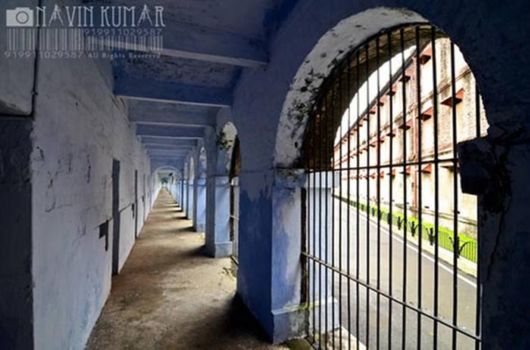 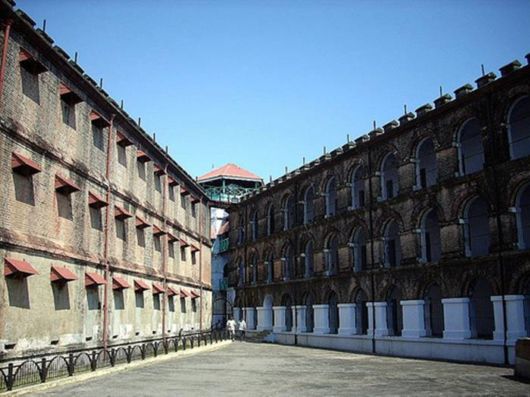 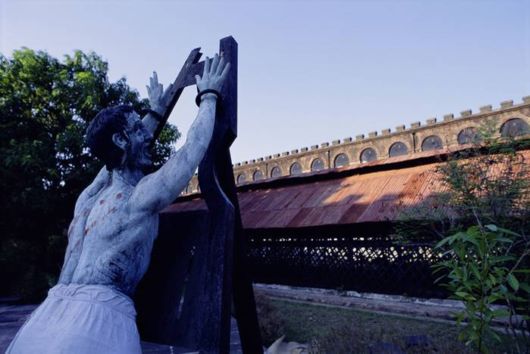 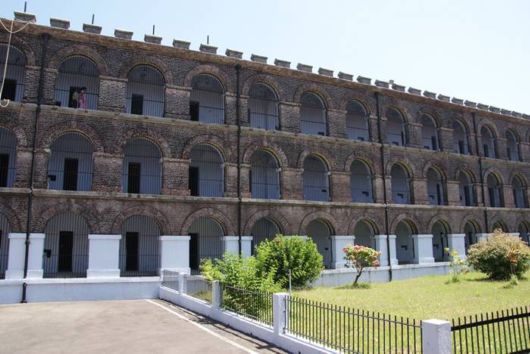 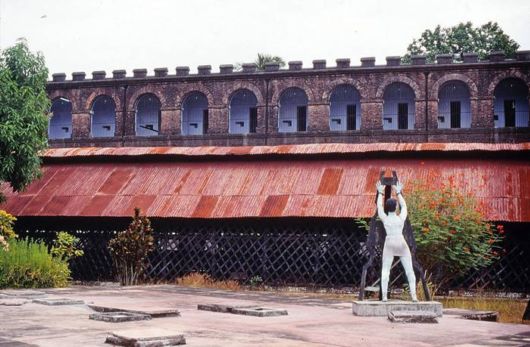 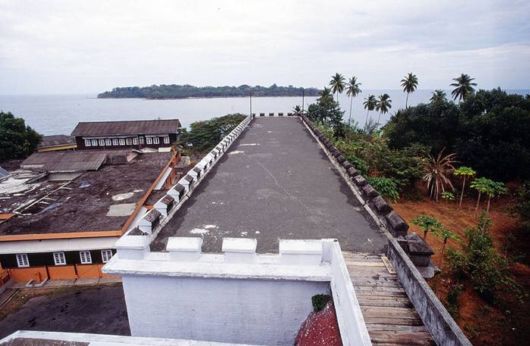 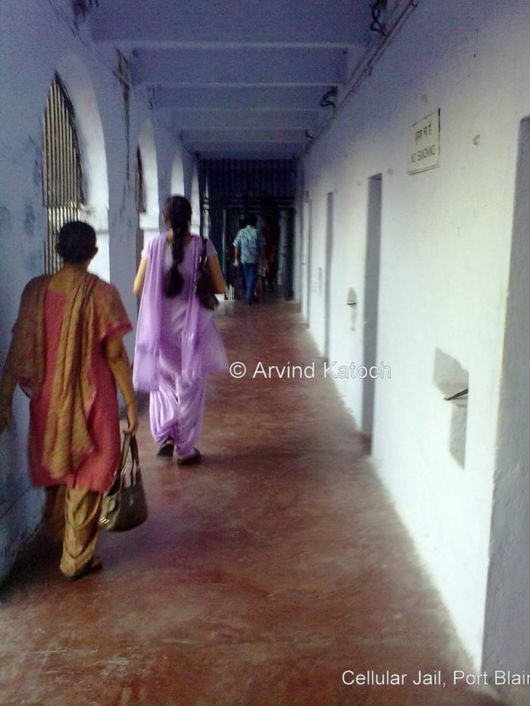