Faro a Colón or Columbus Lighthouse is the most unique attraction in the Santo Domingo Este, Dominican Republic, in tribute to Christopher Columbus. The Columbus Lighthouse is a cross-shaped monument made of reinforced concrete. Its dimensions are 688 feet (210 m) by 195 feet (59 m). There are 157 beams of light that emanate towards the sky from the structure and a rotating beam, which can be seen for miles. Reinforced concrete building is located on a hill and with its height offers a fascinating spectacle to Santo Domingo. Modern buildings are surrounded by greenery, creating a unique flavor of the city. Large bowl topped with a lighthouse, but it operates only once a year, on the day of the discovery of America, It was funded by the Latin American states and the total cost of construction was approximately US$70 million. It was originally conceived as a mausoleum and a monument to the great navigator Christopher Columbus. The monument is both a mausoleum and a museum showcasing objects including a boat from Cuba and Colombian jewelry. 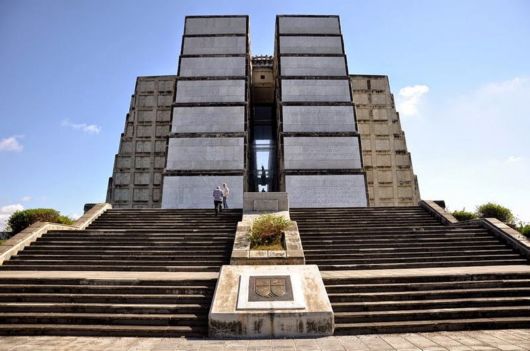 In 1506, at the age of 55, the explorer Christopher Columbus died in Spain. But death was not the end of his adventures – his body continued to travel in a centuries-long shell game. Keep your eyes on the body ? Immediately after his death, Columbus was buried Valladolid, the town in which he spent his last days. Then, on the wishes of his son Diego, the body was moved to Seville. Meanwhile, Diego headed back to the Dominican Republic to begin construction of a cathedral to hold his father’s remains, in accordance with his final wishes. Unfortunately, Diego died in 1526 before he could make that happen, and he was, in turn, interred in Seville next to his father. Both Columbuses stayed there for another 16 years, but when the Cathedral of Santa Maria was completed in the Dominican Republic, Diego’s widow put the wheels in motion to have both bodies moved there. In 1542 the remains sailed the ocean blue again, and joined the body of Christopher’s brother, Bartholomew, who had died in Santo Domingo the year before. 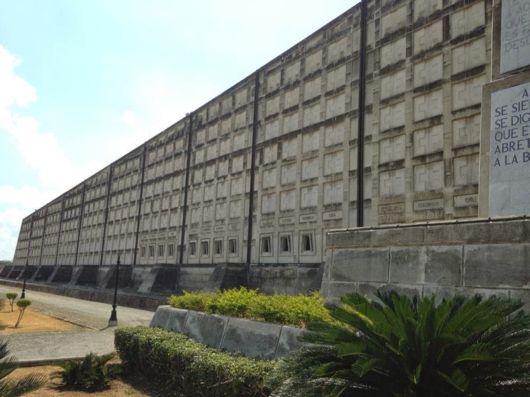 There they remained for more than 200 years, but when the Spanish were ousted from the Dominican Republic in 1795, they took the explorer’s body with them to the other Spanish stronghold in the Caribbean: Havana, Cuba.Back in the Dominican Republic, nearly a century late a construction worker working on the cathedral renovation uncovered a lead box – unimpressive, save for the inscription on the inside of the lid: "The illustrious and excellent man, Don Colon, Admiral of the Ocean Sea." At first pass, it seemed obvious that the Spanish must have, in their haste, taken the wrong box. But there’s a catch – both father, Christopher, and son, Diego, were known as "Don Colon" in their lifetimes, and both held the same title "Admiral of the Ocean Sea". 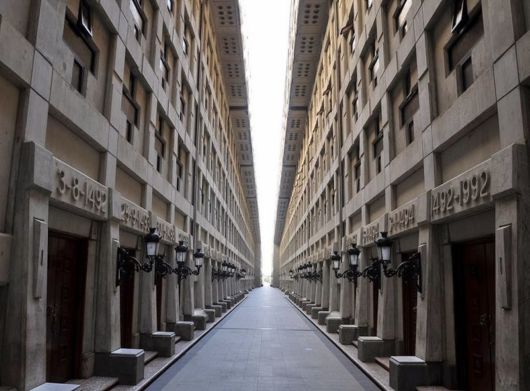 By 1898, when the Spanish were pushed out of Cuba by the Americans, both the Spaniards and Dominicans had decided firmly that the remains in their own possession were the authentic item, and that the other must be holding onto the son. Therefore, in Seville an elaborate cathedral tomb was prepared for the explorer’s return to his homeland, while in his adopted home another "official" tomb was planned.

It took the Dominicans somewhat longer to get their design act together. It was not until 1931 that a design competition was held, won by a Scottish architect who proposed the 688 foot long cruciform memorial complex that now stands. The building was barely ready by the 1992 500th anniversary of Columbus’ arrival, when the remains were finally interred. In 2003, the controversy was tackled by DNA science, and the remains in Seville tested against known remains of Columbus’ brother Diego and son Fernando. Although promising, the results are not conclusive, and thus far, the remains interred at the lighthouse in Santo Domingo Este have not been tested, so for now, the mystery endures. 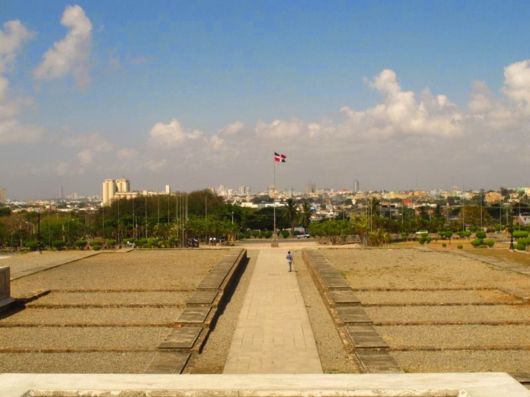 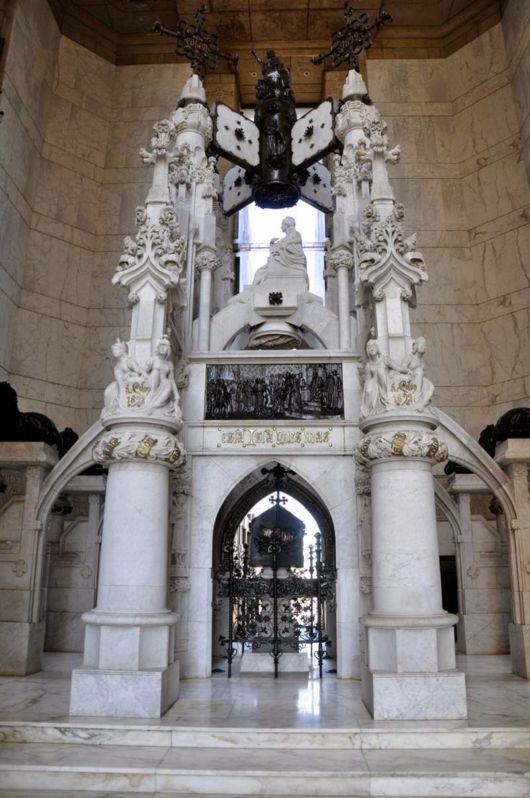 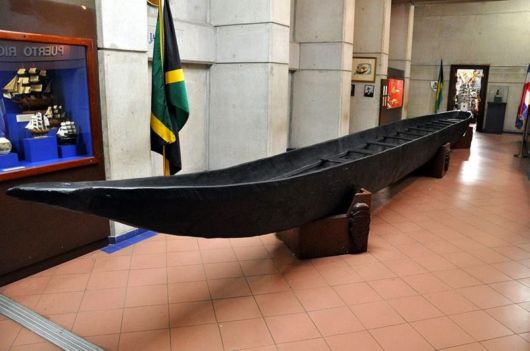 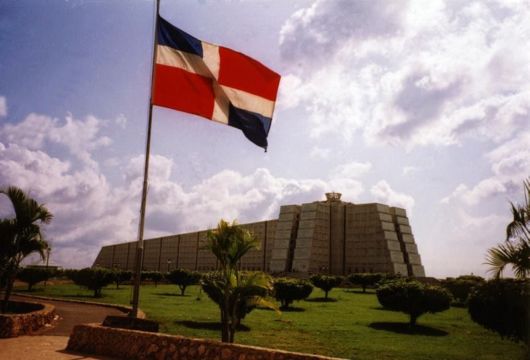 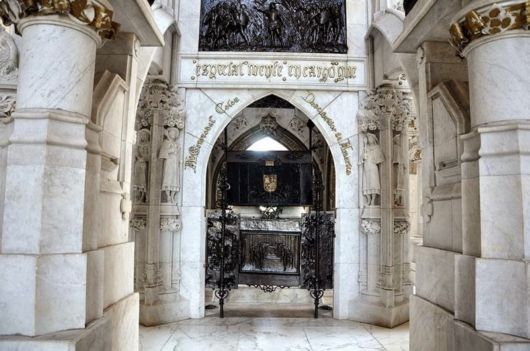 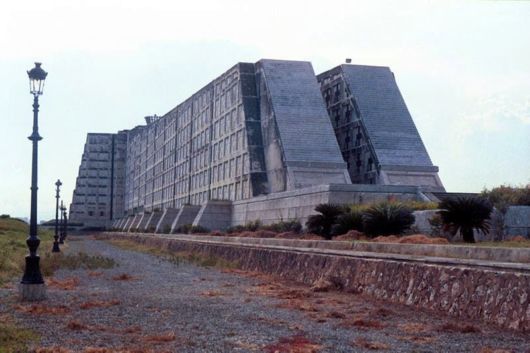 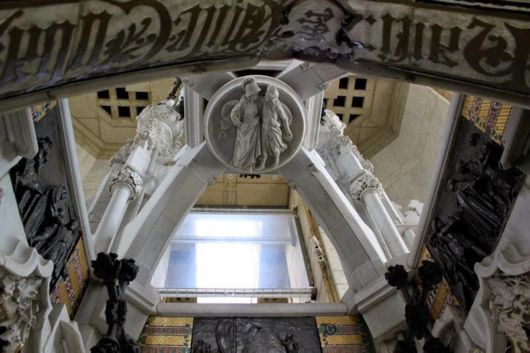 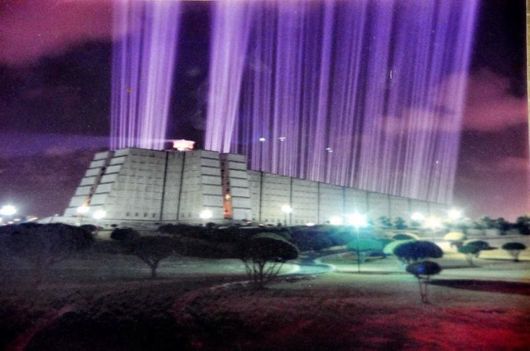