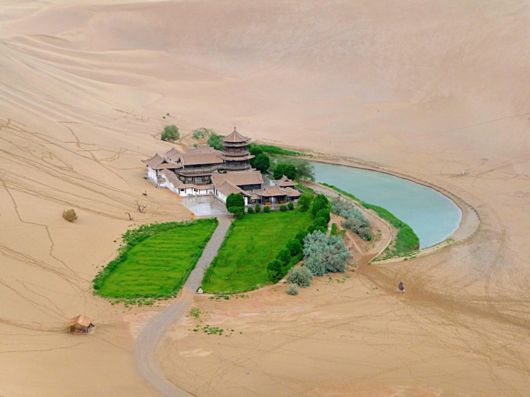 Crescent lake also called Yueyaquan in Chinese is a beautiful crescent-shaped lake located 6 km south of the Dunhuang city in the arms of the Echoing-Sand Dune. The Crescent Lake’s water is so pure and clear that it looks like an emerald jewel in the sand. Along the side of the Crescent Lake is a pagoda in traditional Han Chinese architecture. A street lined with souvenir stalls leads up from the entrance to the complex. Many tourists ride camels here, organized by the complex operators, to get to the summit of the sand dunes.

The lake has been in existence for at least two thousands, but for the last few decades it has been gradually disappearing. According to measurement made in 1960, the average depth of the lake was 4 to 5 meters, with maximum depth 7.5 meters. In the early 1990s, the area of the lake had shrunken to only 1.37-acre (5,500 m2) with average depth of 0.9 meter (maximum 1.3 meter). Crescent Lake has dropped more than 25 feet in the last three decades while the underground water table elsewhere in the area has fallen by as much as 35 feet.

In 2006, the local government with help of the central government started to fill the lake and restore its depth; its depth and size have been growing yearly since then. 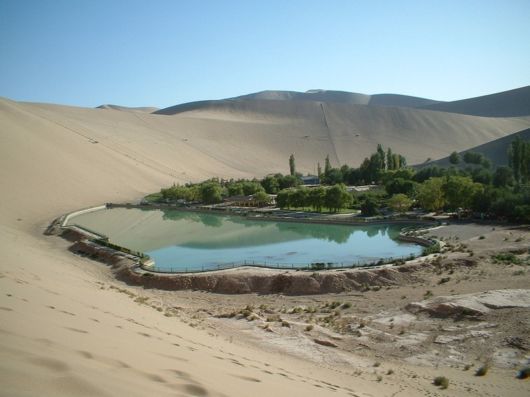 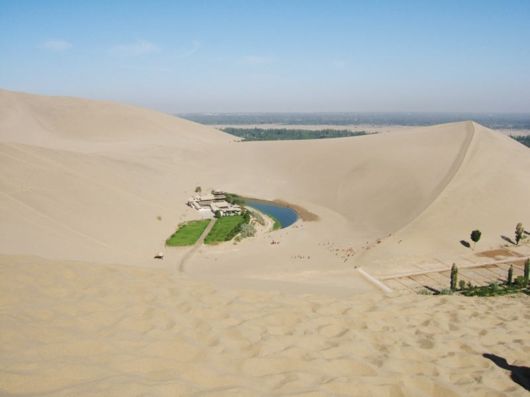 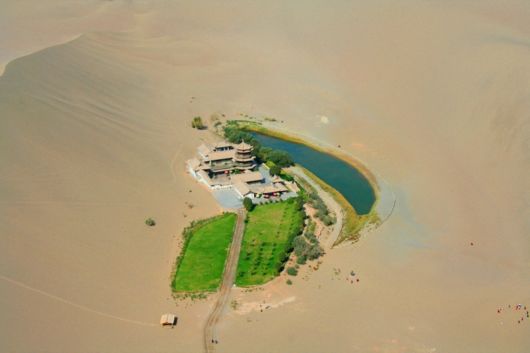 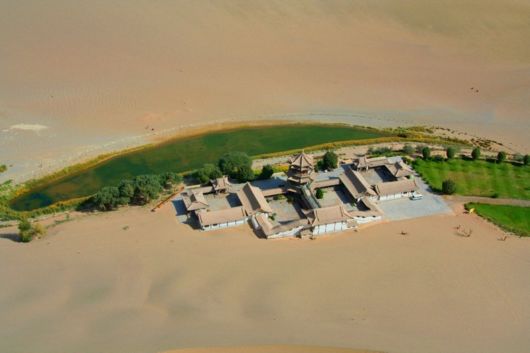 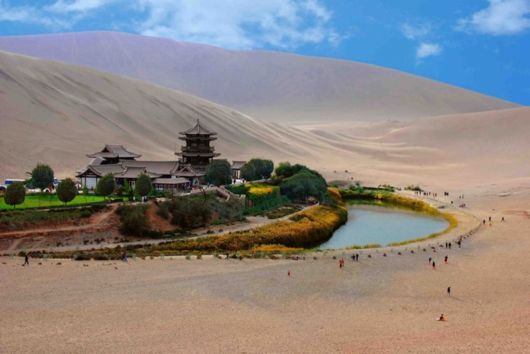 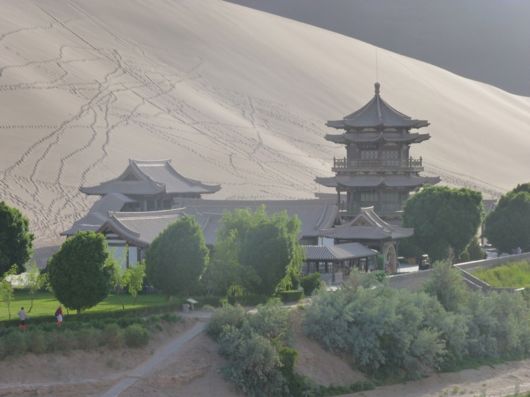 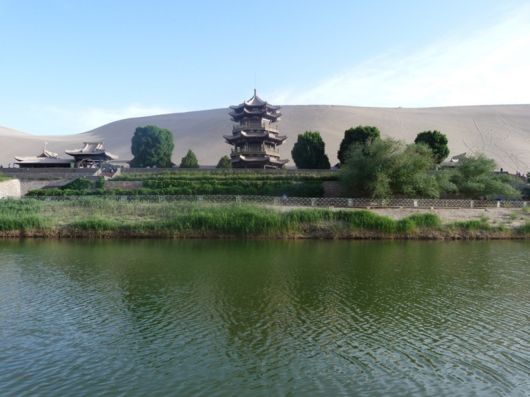 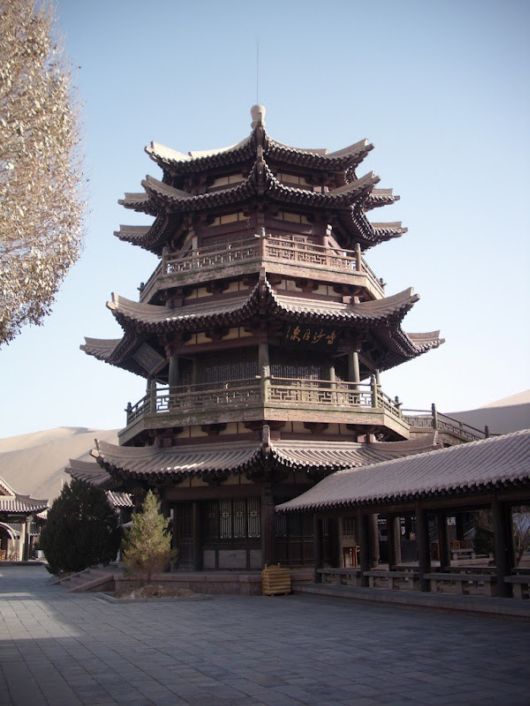