Teufelsbrucke also known as Devil’s Bridge – The name of the three bridges across the river R?ys or Ruess in the Alps Switzerland, near the village of Andermatt, 12 km north of the Pass of St. Gotthard . Wooden bridge in Andermatt existed from 1230 to 1707 . The first stone bridge spanned the gorge R?ys in 1595 . It is named for an old local legend regarding its construction by the Devil, one of many old European Devil’s Bridges with similar creation myths. In memory of the legend on a rock near the Devil’s Bridge red paint were painted devil and goat. These images are still preserved. Devil’s Bridge was a narrow stone arch length of about 25 meters, thrown over the gorge at a height of 22 – 23 meters above the roaring rapid stream. 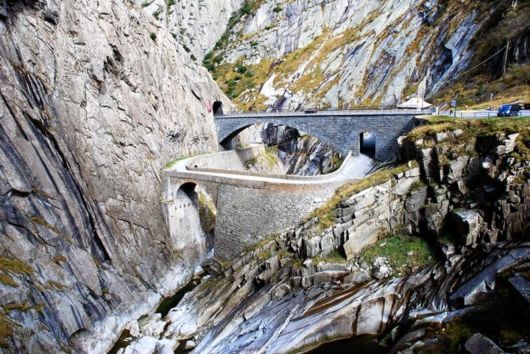 In 1799 during the Swiss campaign Suvorov Russian troops, demonstrating high tactical skill and heroism, with the battle took place at Devil’s Bridge. The road along the river from the village R?ys Urzern to Devil’s Bridge passes through the narrow (up to 3 meters) tunnel “Urzernskaya hole” a length of about 60 meters, defended by French troops. Russian soldiers managed to bypass tunnel through the mountains and along the gorge of the river and suddenly appeared on the opposite side of the tunnel, defeated the French squad. French troops stationed on the opposite bank, began to destroy the bridge. 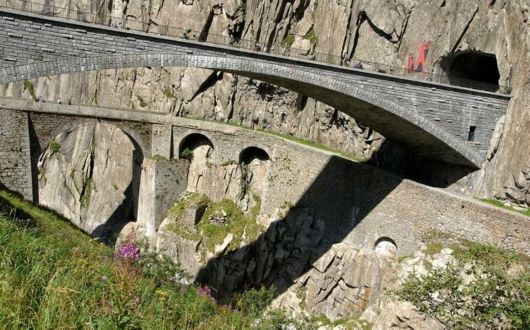 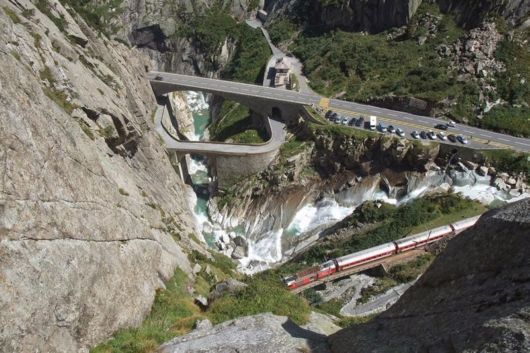 This is the reward for the adventurous ascent through the Devil’s Wall. Schöllenen Gorge, old and new Devils Bridge and the Matterhorn-Gotthard Railway, Switzerland. 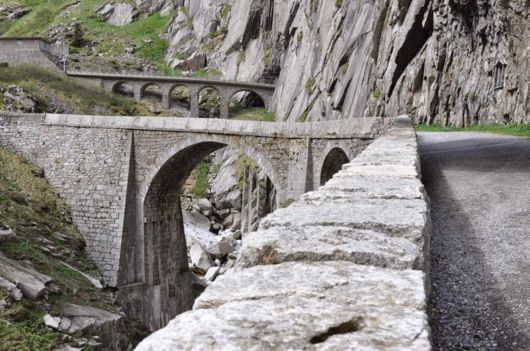 Myth of the creation of the bridge ? According to a local myth, building the first bridge was very hard and so the Devil himself agreed to build it. The condition attached to the construction was that the Devil would get the soul of the first to pass over the bridge. So, when the bridge was finished, people chased a goat over the bridge. Angered by the trick, the Devil went to pick up a large stone (called Teufelsstein, the Devil’s Stone) in order to smash the bridge to pieces. On his way to the bridge however, he encountered an old believing woman with a cross.

Scared of the cross, he left the stone and fled. The devil’s stone weighs 220 tons and stands near Göschenen. In 1977, the stone was moved 127 meters to make way for the new motorway passing over the St.Gotthard Pass, at a cost of 300,000 Swiss Francs. Popular belief has it that the moving of the stone was the cause of an increased number of accidents on kilometre 16 on the St. Gotthard road tunnel. 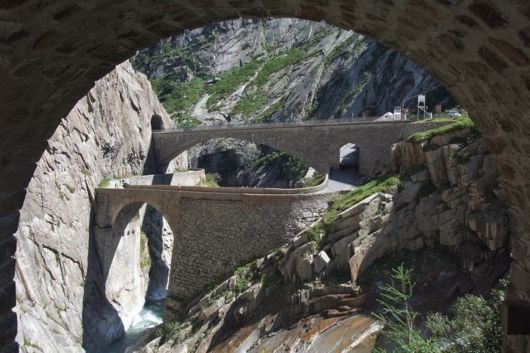 The old and the new Devil’s Bridge. On the new path under the railway bridge towards the old military-tunnel, Switzerland. 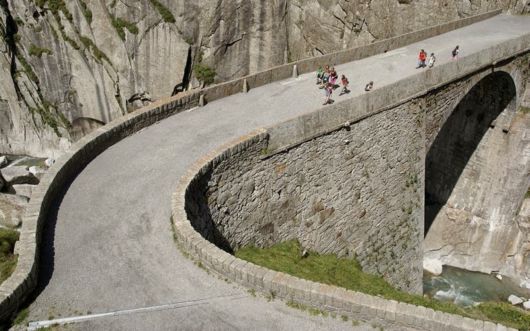 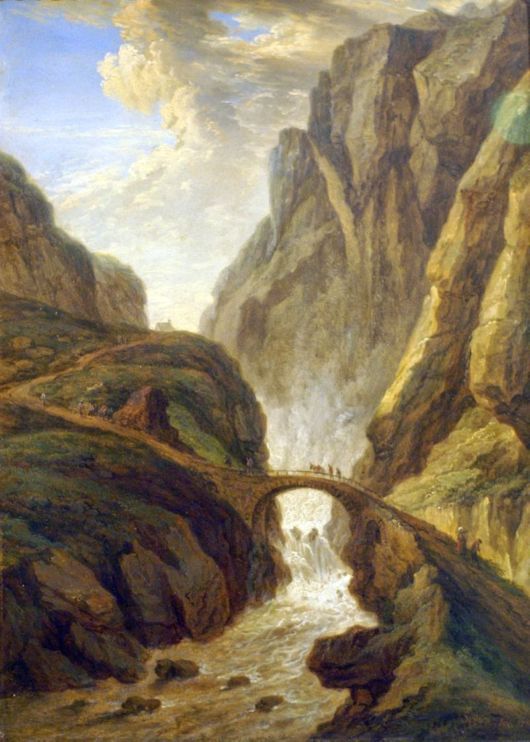 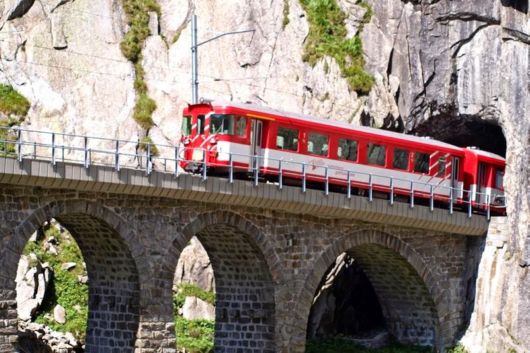 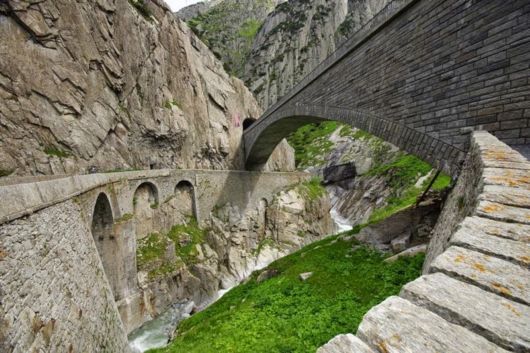 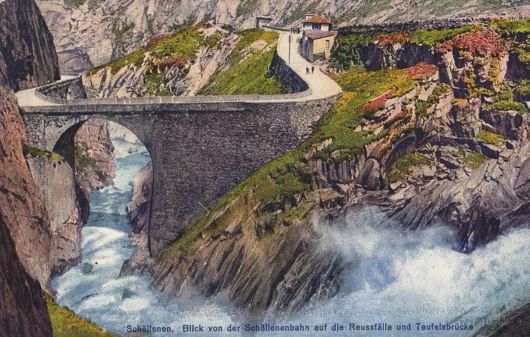 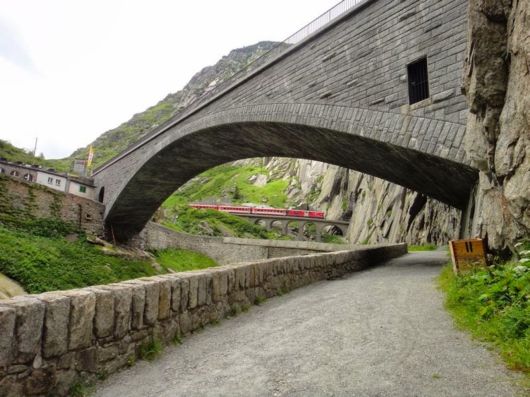