In the far north of China on the Sino-Mongolian border, near the town of Erenhot (also known as Erlian), you will find the statues of two towering Brontosauruses. The two dinosaurs are located on either side of the main highway, their long necks stretching to the other, until the two dinosaur’s mouth meet as if to share a kiss. Each dinosaur statue is 34 meters wide and 19 meters high. The span of the two together reaches 80 meters. The ground near the kissing couple is littered with many dozen smaller statues of dinosaurs of all shapes and sizes.

Erenhot is located in the Gobi Desert, in the Xilin Gol league of the Inner Mongolia Autonomous Region. The city was established as the only train trade route between Inner and Outer Mongolia back in the 1950’s, but the area has been gaining international attention since the 1920’s with the discovery of dinosaur fossils in the Erlian Basin. 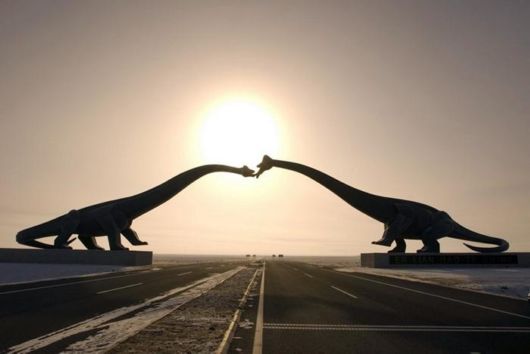 Called the “Dinosaur City”, Erenhot was once the home of dinosaurs. In the Cretaceous Period 70 million years ago, Erenhot was a paradise of lakes, marshes, and thick forests. More than 20 kinds of dinosaurs flourished there but the most famous is Gigantoraptor erlianensis, an 8 meter-long birdlike predator that was discovered in 2005.

Many fossils have been discovered in the area, including the biggest and best-preserved dinosaur fossil in Asia. Besides the scenic boulevard, the city also has a dinosaur museum and a theme park called ?Dinosaur Fairyland?. The arch of the kissing dinosaurs was built in 2007 to showcase the region’s reputation as a fossil hot-spot. 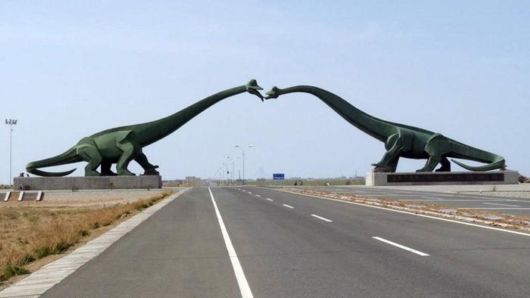 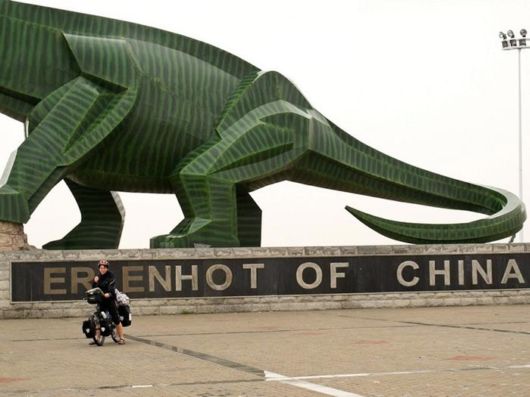 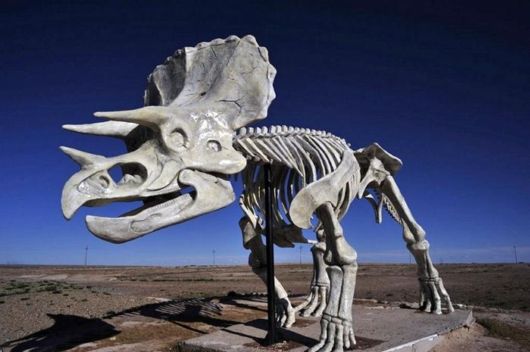 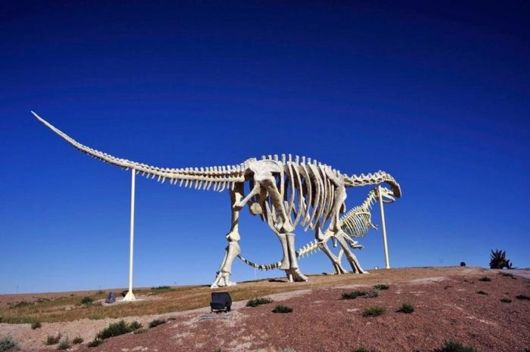 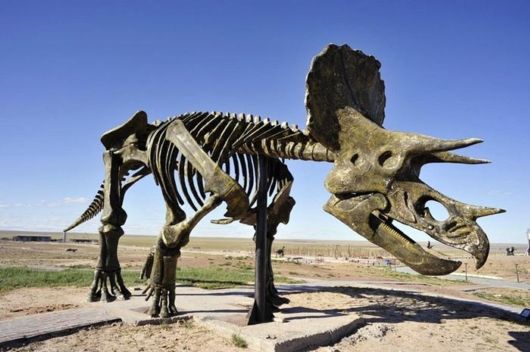 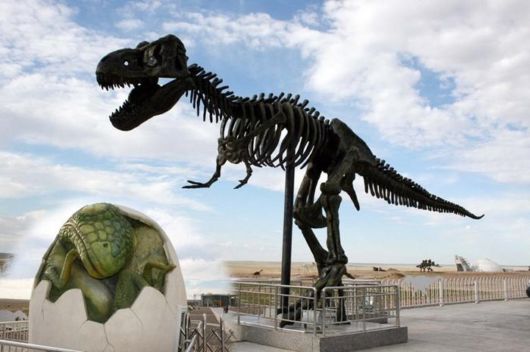 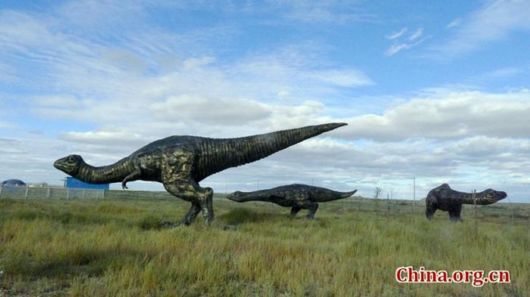 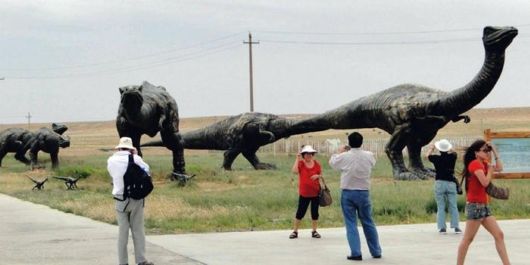 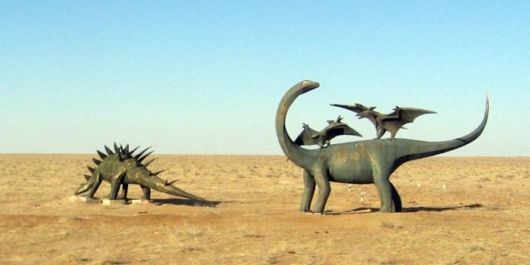 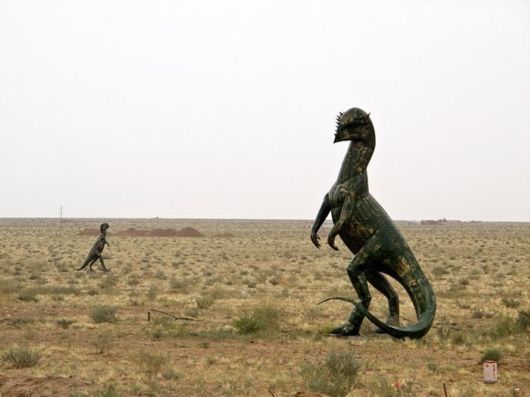 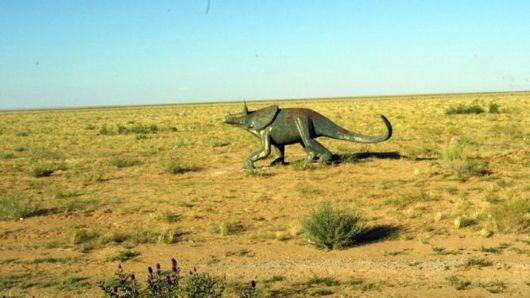