The Great Buddha from Kamakura (Daibutsu) represents the Amida Buddha (in Japanese Amida Nyorai), the Buddha of the Infinite Light, the main Deity of the Buddhist Sect Jodo (Pure Land). 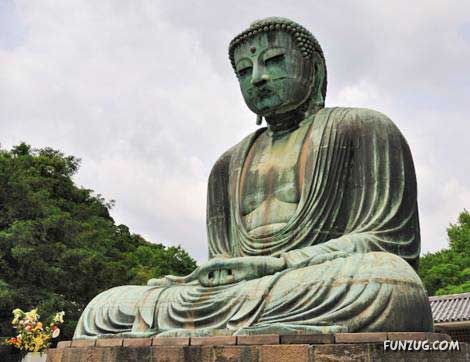 Actually, Buddha is not a name, but a honorific term, like the Christian Mesia. Buddha comes from Sanskrit and it is the past participle of the verb Buddh, meaning ?to awaken? or ?to know", translated in English as ?one who has awakened to the truth.In Japanese it is also referred as Butsu, hence Daibutsu (written ?? or ??), from ? Dai, meaning Great and ? or ? Butsu (the On reading), meaning Buddha. 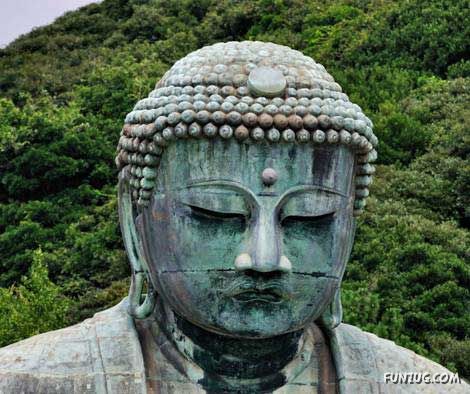 In the Mahayana tradition there are many Buddha. The Historical Buddha (the Prince Siddhartha Gautama, also known as Shakyamuni, the founder of Buddhism) is one of them and the statues of the various Buddha share common attributes. The Amida Buddha is not Siddhartha Gautama, it is a monk named Dharmakara, who become a Buddha and lived in very old times (or in another realm?). Amida Buddha is usually represented wearing simple monk clothes and the Kamakura Daibutsu is no exception. 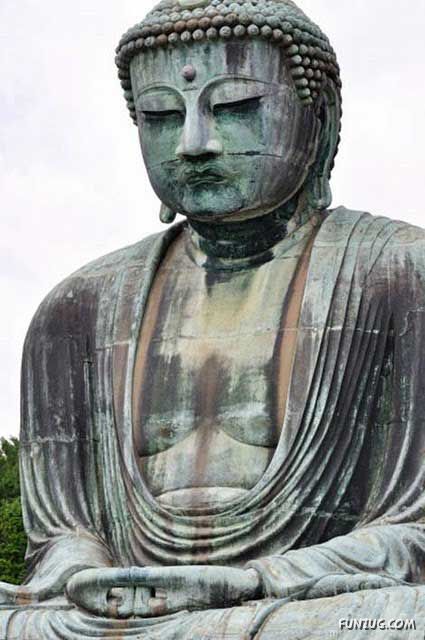 The hair is represented in small spiral curls (Rahotsu in Japanese). This is an allusion to a legend about Prince Siddhartha, who at one moment pulled his hair together into a top knot and cut it. After the cut, the hair spiraled into fine curls and he never needed to cut its hair again.

The statue of Amida Buddha must always have 656 curls. 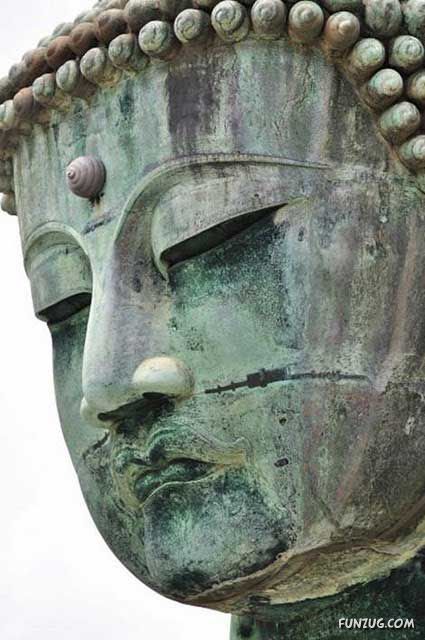 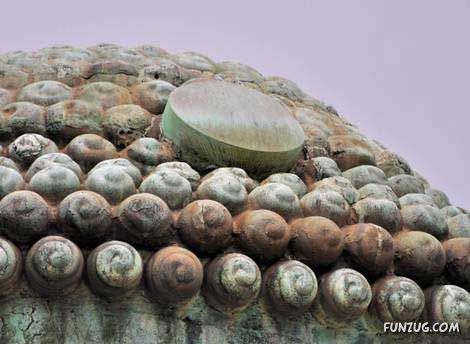 Also, on the forehead, we can see Urna (Byakugo in Japanese), symbolic the representation of the third eye, emitting rays of light and symbolizing that Buddha is all-seeing. Usually, on Buddha statues the third eye is represented from a crystal or a gem. On the Kamakura Great Buddha, Byakugo is made of pure silver, weighing 13.5 kilograms. 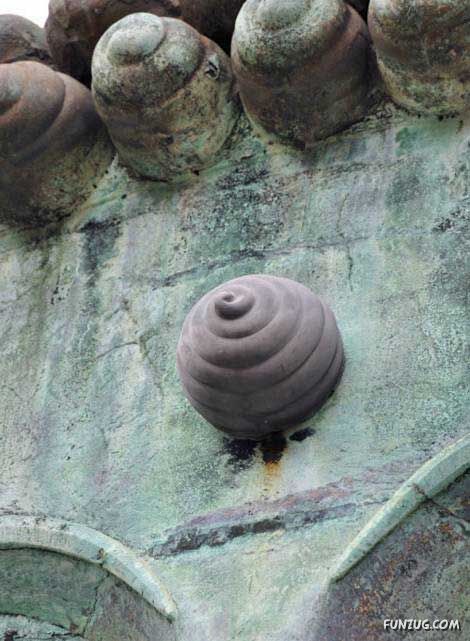 The elongated ears symbolize that Buddha is all-hearing? 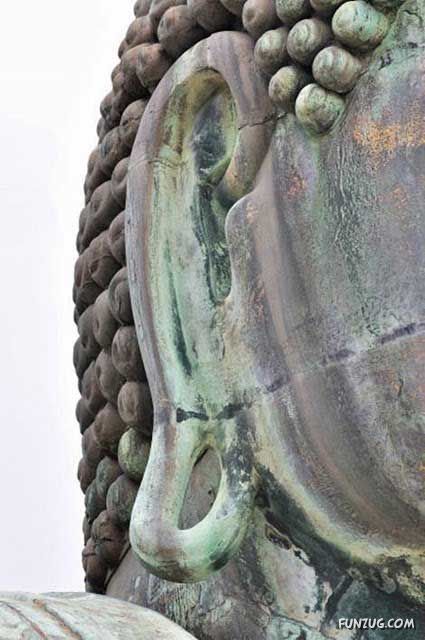 The hands are represented in the position of Mida no Join (Meditation Mudra), a Japanese specific position, used exclusively for Amida Buddha. 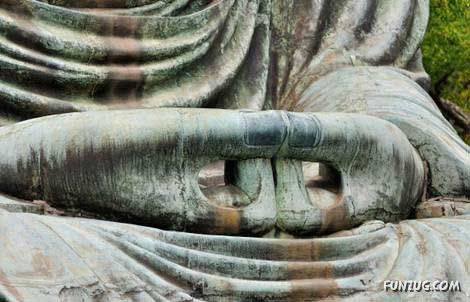 I will return tomorrow with a more down-to-earth look at this statue? 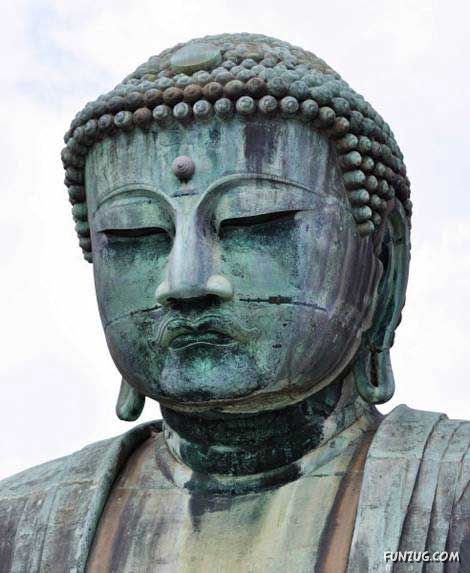