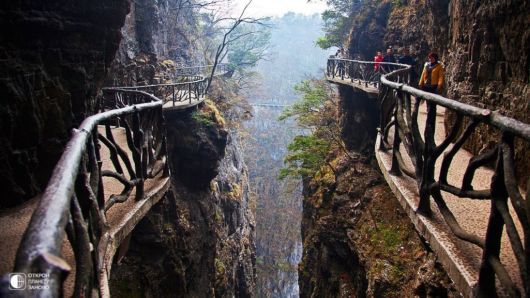 Tyanmen mountain, which reaches 1518.6 meters, is located 8 km. from the center of Zhangjiajie, China. At the top of the mountain Tyanmen is the longest and the world’s highest cable car (7455 m.) You can also get on the road Tuntyan (Sky Highway) with 99 turns. Tuntyan – is one of the most impressive in the world of serpentine, its construction took eight years. Length of the route is less than 11 km., And the distance between turns – from 200 to 1,300 meters in some places the road rises steeply at an angle of 70 degrees, a sudden crashing straight into the clouds. 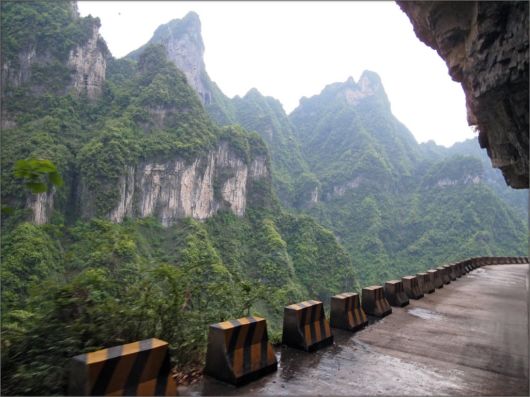 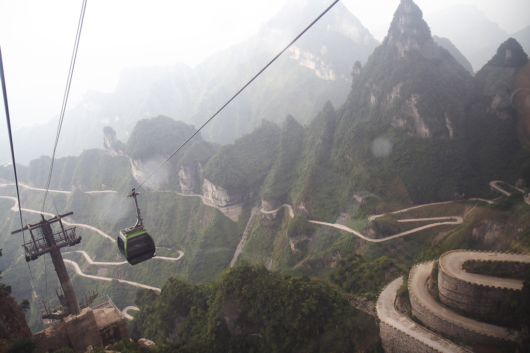 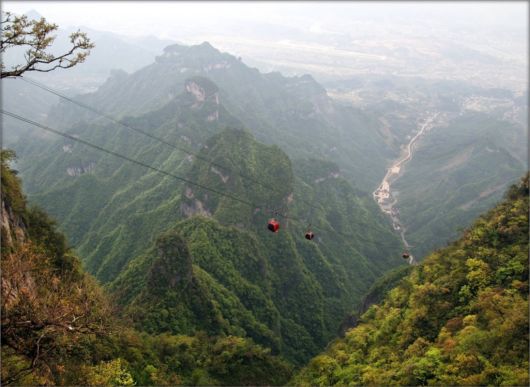 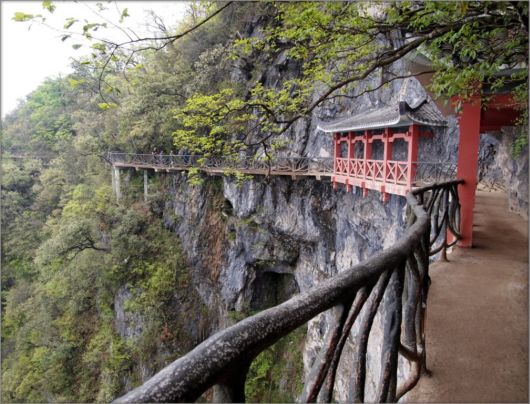 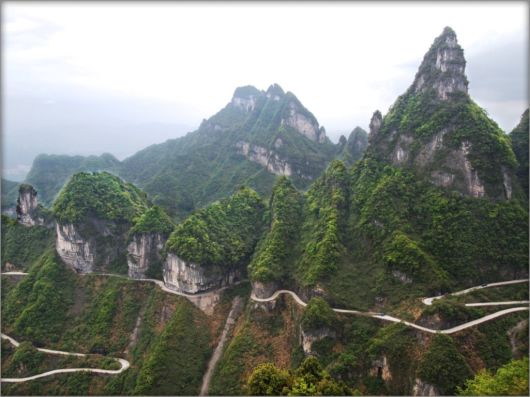 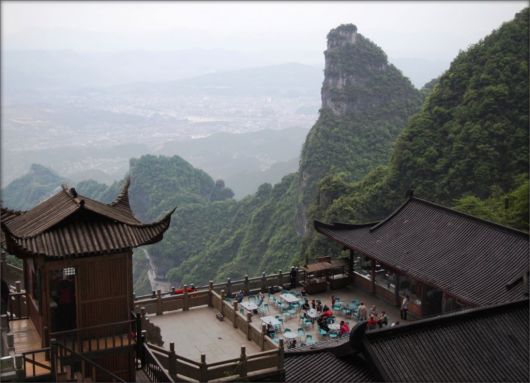 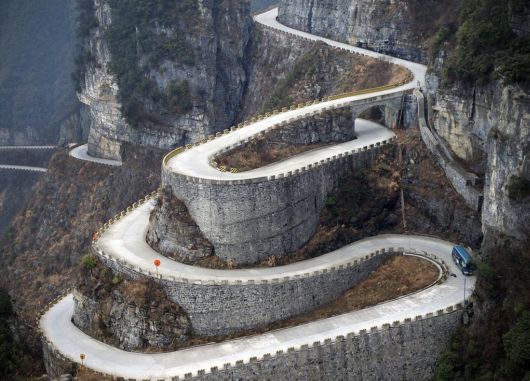 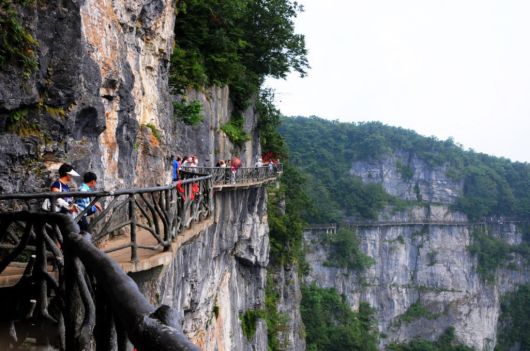 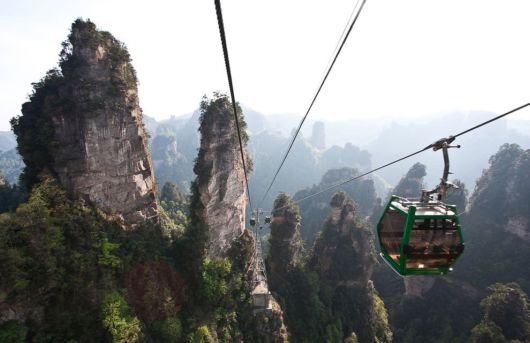 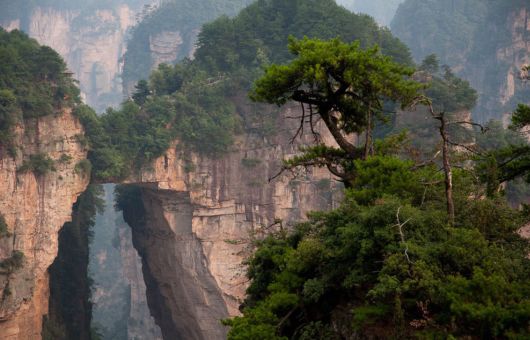 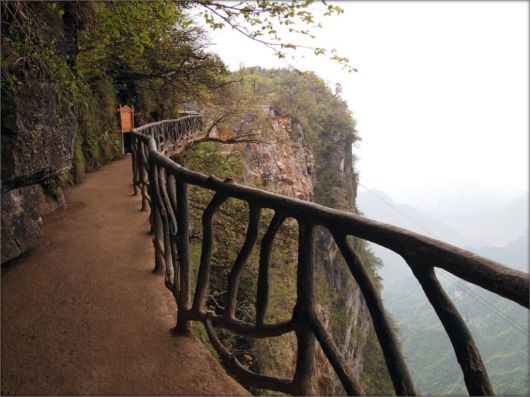 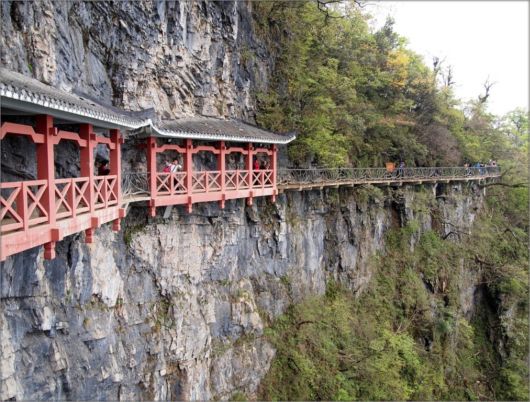 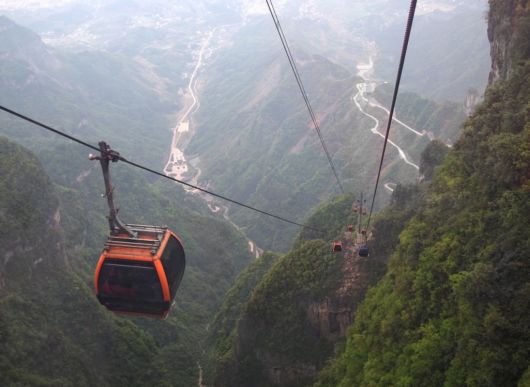 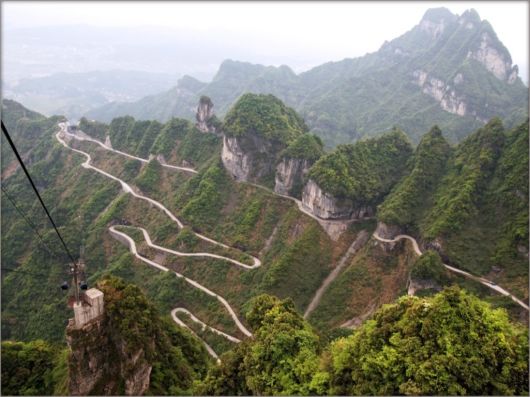 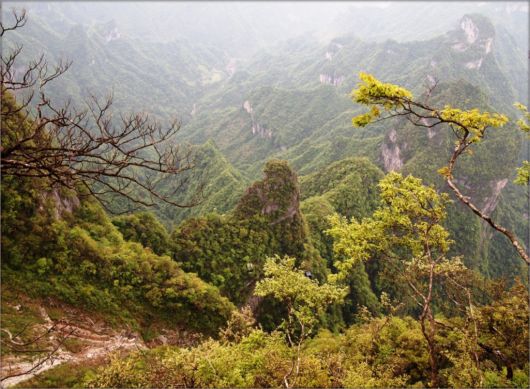 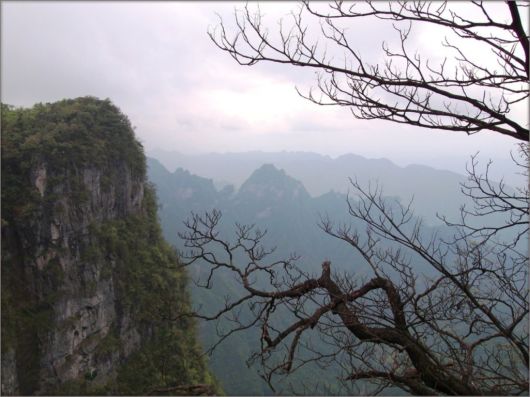 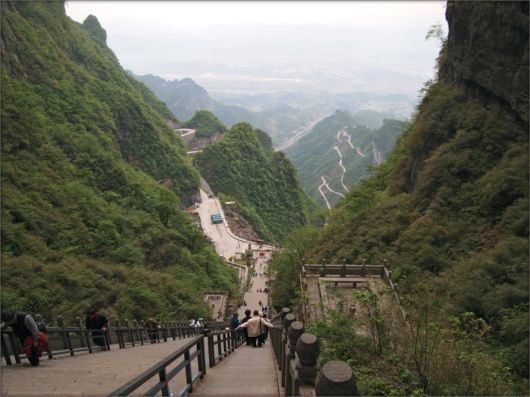 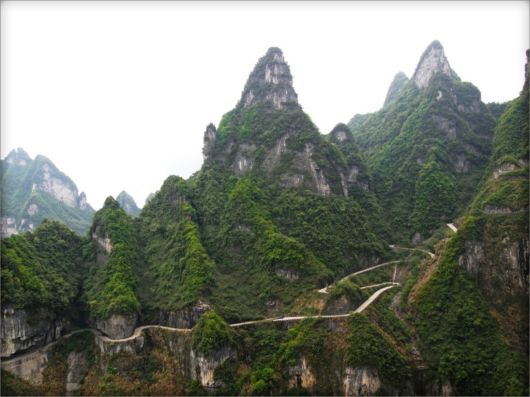 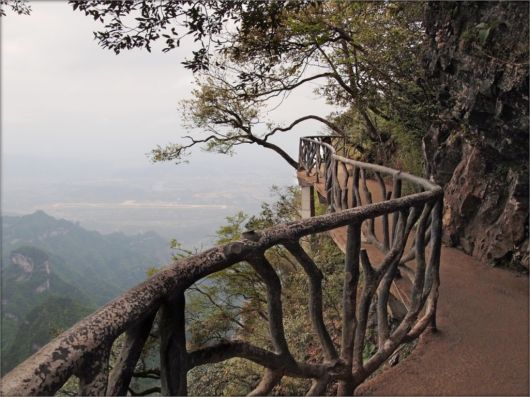 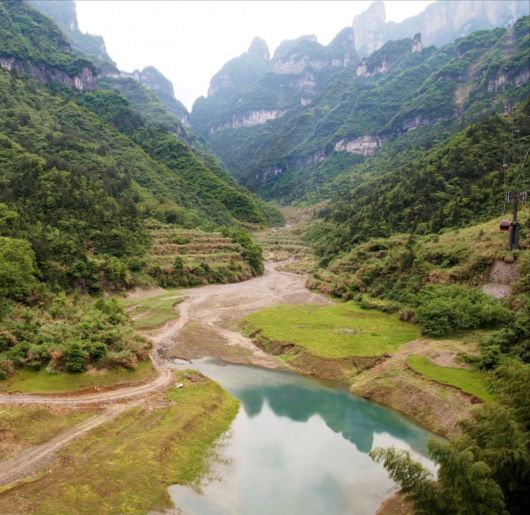 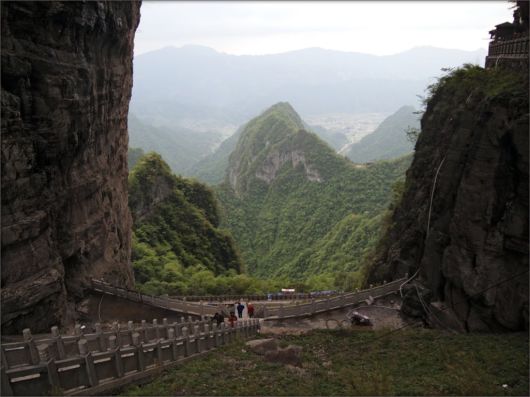 Popular due to the unusual mountain cave “Heavenly Gate” – the highest in the world.

Heavenly Gate, also known as “The Magic Cave in Western Hunan”, formed naturally in the erosion processes in the year 263. Suddenly, a big piece fell off the mountain, creating a huge cavity height 131.5 m, a width of 57 m at its widest point and a length of 60 m cloud-shrouded “Heavenly Gate” is quite impressive: it seems that going through them, you really find yourself in heaven .

Among the locals walking belief that Tyanmen associated with the sky and has sverhestestvennymi forces. Since ancient times in China, there are rumors that a huge treasure hidden grief, brought here by one of the leaders of the peasant uprising in the Ming Dynasty.

Cave “Heaven’s Gate” on the mountain Tyanmen – one of the most spectacular sights of the surrounding national park in the Hunan Province in China, near the city of Zhangjiajie. It leads to no less breathtaking road, called “The Road of large gates.” The cave is known for being the highest in the world from all the caves formed naturally.

However, it is its important advantage pales before her stunning appearance: at an altitude of 1500 meters in front of visitors appear grandiose gates height 131.5 meters, a width of 57 meters at its widest point and 60 meters long. This earthly beauty, shrouded in clouds, producing a truly lasting impression on everyone who comes here – it seems another step and you really get to heaven. Add the charm of the place and the many legends associated with it.

Local residents believe that the mountain has supernatural powers, it is believed that some phenomenal cases unexpected drop falls from the top of the mountain are inextricably linked with one or other important events in the life of the country. Another legend has come from the past, from the Ming Dynasty – say the uprising that erupted then hid somewhere near untold treasures. For centuries, they were looking for since many treasure hunters, but have not found … 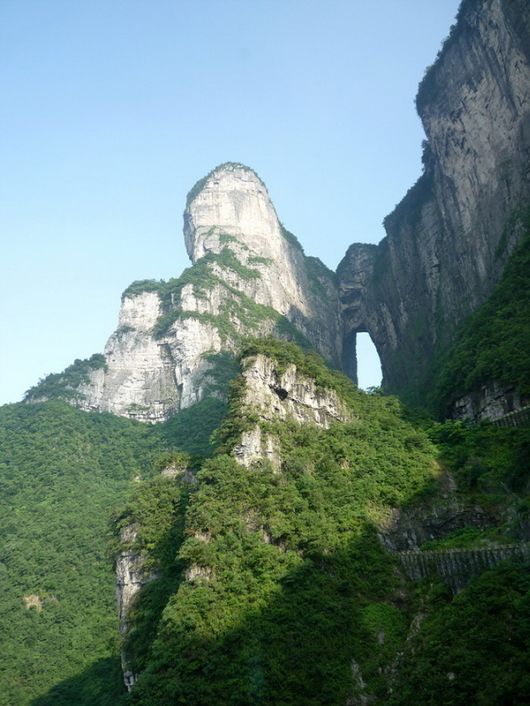 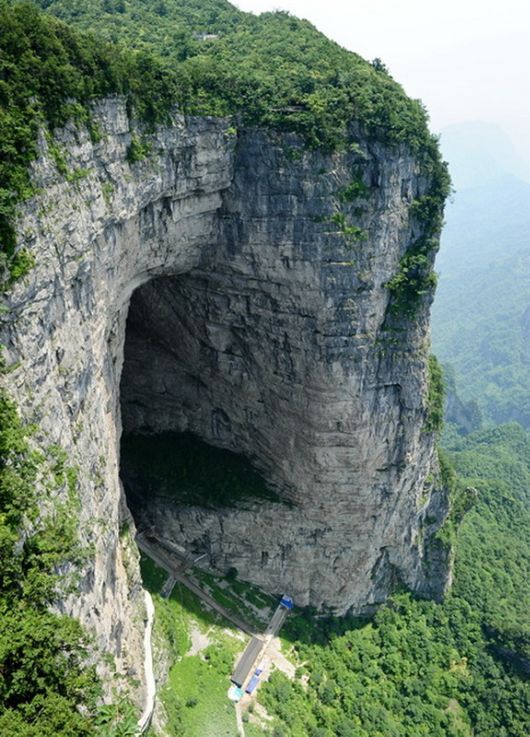 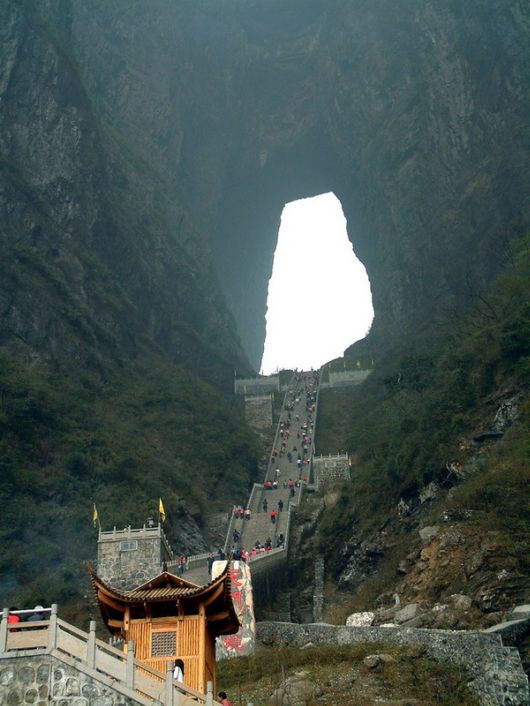 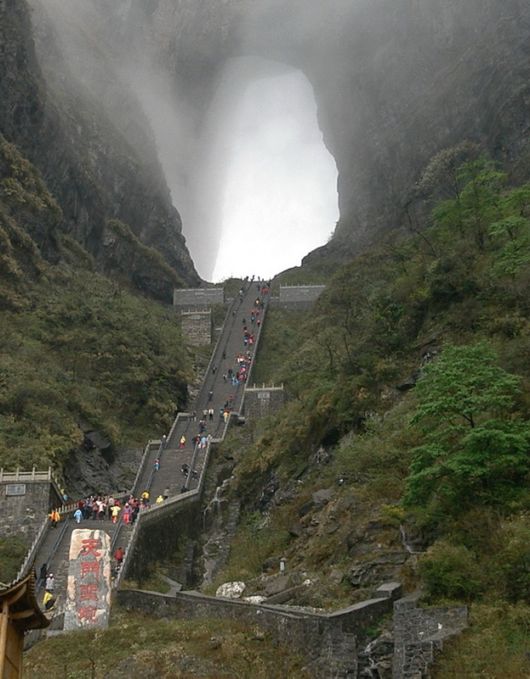 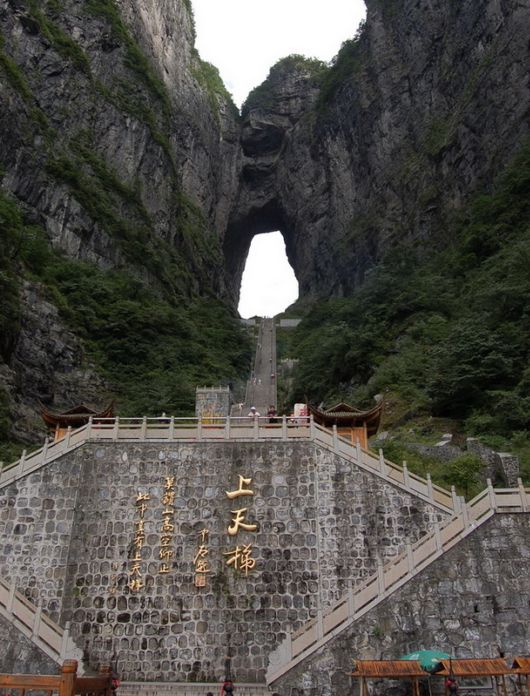