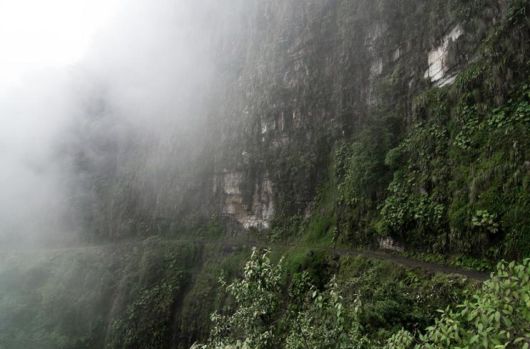 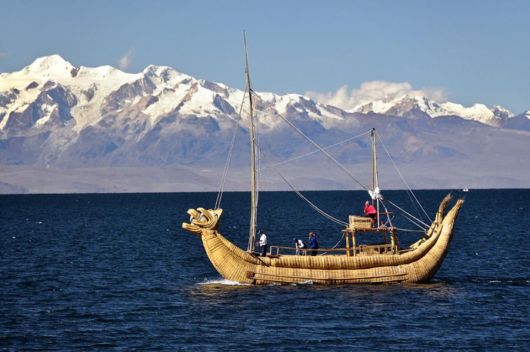 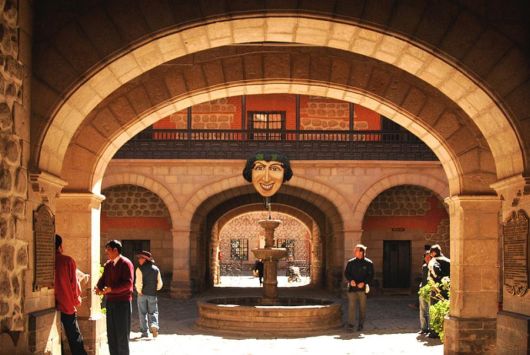 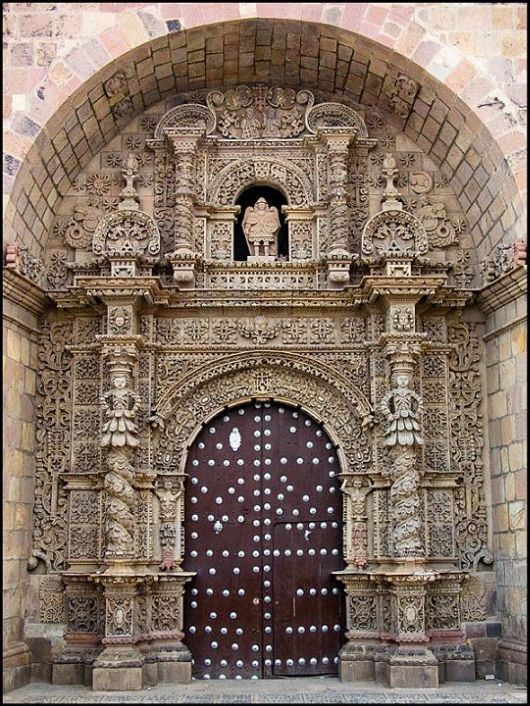 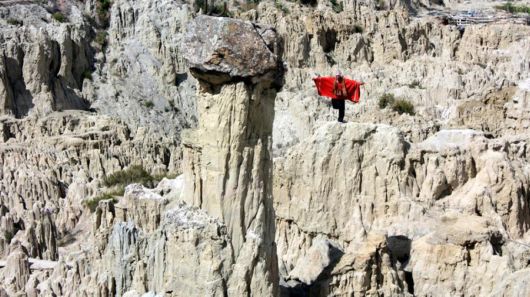 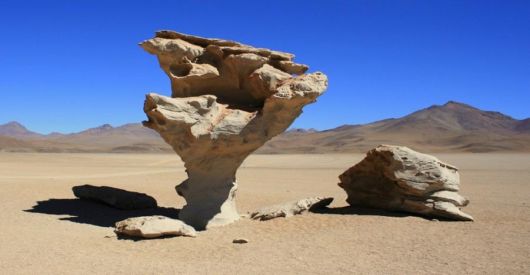 The Tree Made of Stone – Desert of Uyunir 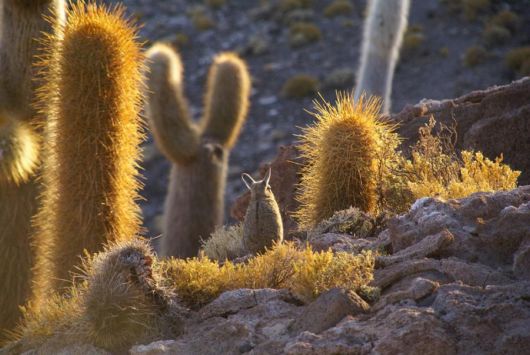 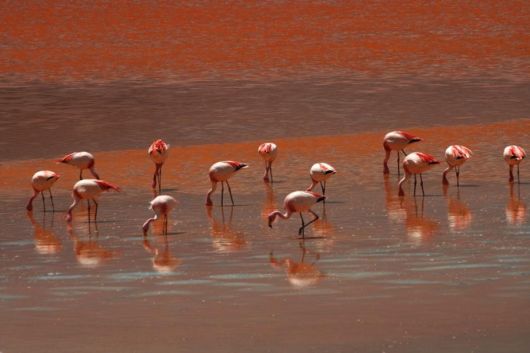 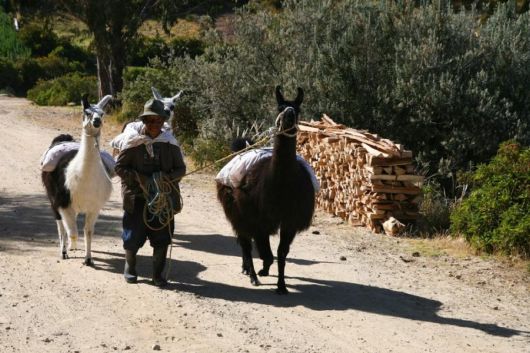 Man and the Llamas 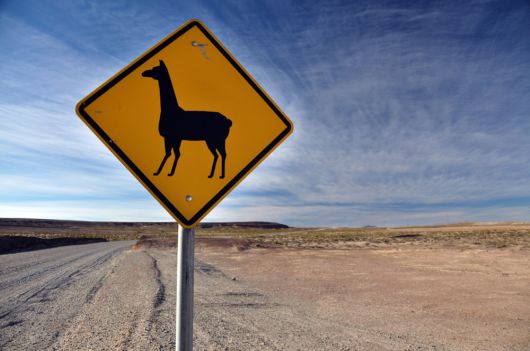 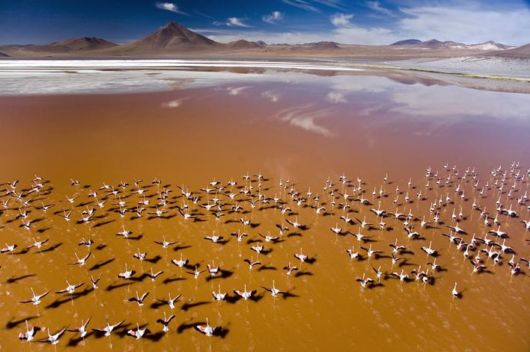 The cloud-scraping plateau of the Andes is an otherworldly realm where flamingos lift off from a lagoon warmed by hot springs and colored carnelian by algae. 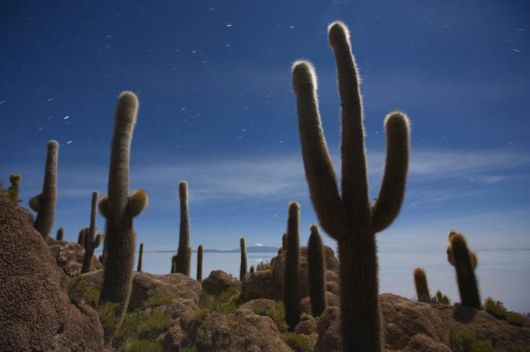 Moonlight bathes Incahuasi Island, an outcropping of cacti and fossilized algae in the Uyuni salt flat.
A great lake covered this area 16,000 years ago. When it dried up, it left a 4,000-square-mile basin of salt, the world’s largest such deposit. 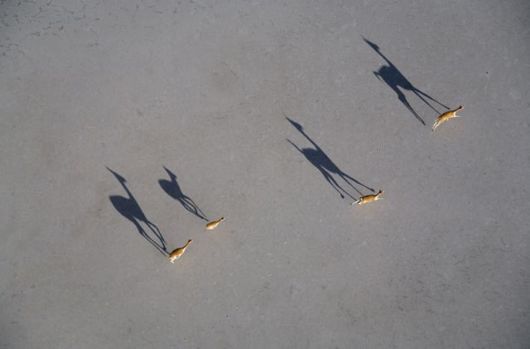 To find new grazing, vicuñas dash across a corner of the Uyuni salt flat.
Just three feet tall, these animals produce wool so soft it was reserved for Inca royalty.
Hunted almost to extinction, they’re now protected and making a comeback. 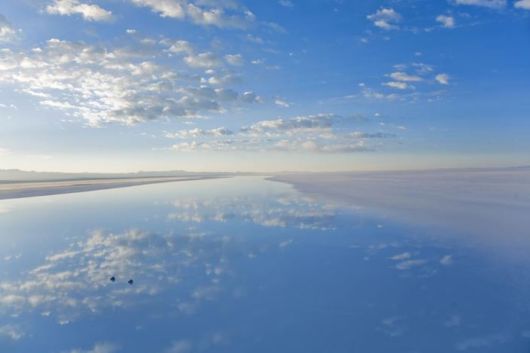 Vehicles seem to float on a shimmering salt flat flooded by summer rains. 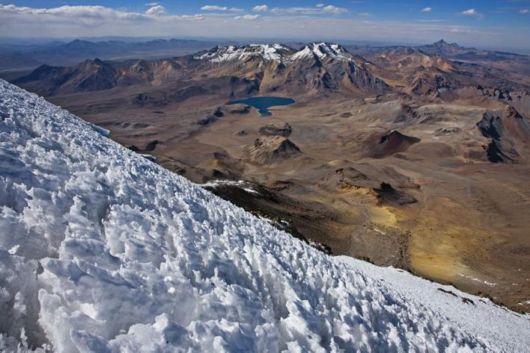 Winter’s relentless sun vaporizes snow to create spiky forms called nieves penitentes near the top of Pomerape Volcano,
at 20,000 feet. Snow falls lightly at such extreme altitudes in the cold, dry climate along the Bolivia-Chile border. 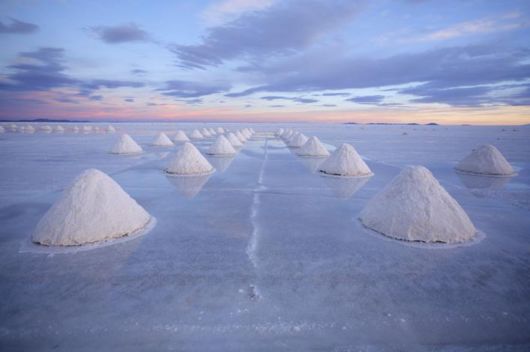 Piles of salt, scraped by pickax from the deposit at Uyuni, await transport by truck to a nearby processing plant.
How much salt does this vast basin hold? Estimates range upward from ten billion tons?just one example of Bolivia’s abundant mineral wealth,
which includes tin, silver, zinc, and natural gas. 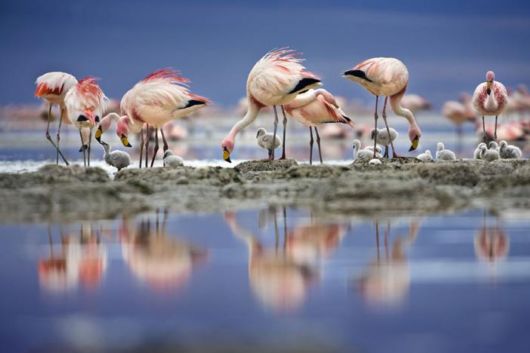 Rare puna flamingos make Laguna Colorada their main nesting ground.
Also known as James’s flamingos, the birds were thought extinct before a 1957 expedition discovered this colony, which now includes about 15,000 breeding pairs.
During winter, when the air temperature here at 14,000 feet above sea level sometimes plunges to minus 20 degrees Fahrenheit,
birds flock to the openings of the hot springs that keep Laguna Colorada warm. 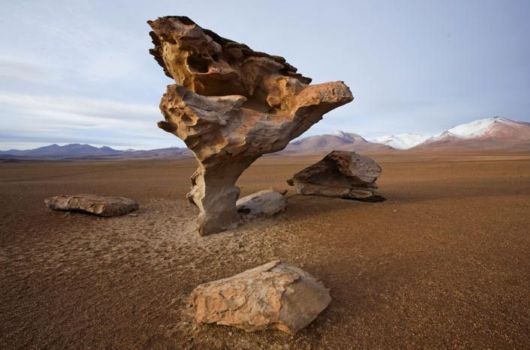 On the Altiplano, wind erodes rock into a modernist shape perched on a narrow base. 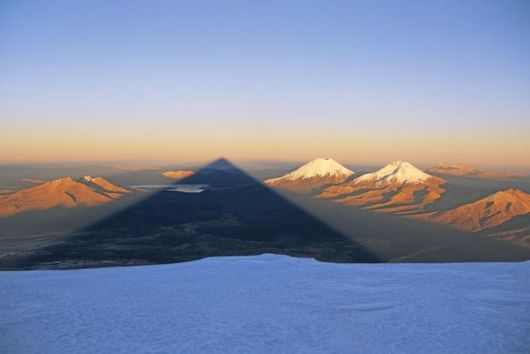 The shadow of Sajama?at 21,463 feet, Bolivia’s highest peak?juts over the rugged Chilean coast.
Bolivia lost access to the sea in the late 19th-century War of the Pacific, which embittered relations between the two countries. 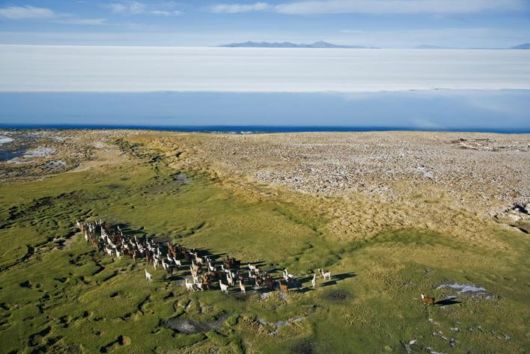 Domesticated llamas spread across a spring-fed pasture at the edge of the Uyuni salt flat.
Such creatures have provided communities in the Altiplano with food, wool, and sturdy backs to bear burdens since before the time of the Inca.