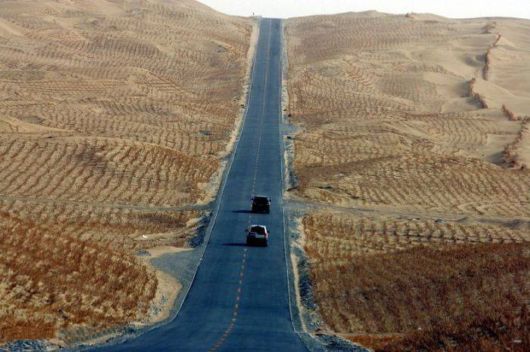 The Tarim Desert Highway across the Taklamakan desert, in China, links the cities of Luntai and Minfeng on the northern and southern edges of the Tarim basin. The total length of the highway is 552 km, of which approximately 446 km is built across uninhabited areas covered by shifting sand dunes, 20 metes tall, that frequently bury the highway.

To prevent the highway from getting buried by the encroaching sand dunes, rows of vegetation were planted on both sides of the road to anchor the sand with their roots. A massive irrigation system was constructed that pump water from underground reservoirs to sustain the artificial ecosystem. Hundreds of workers were employed, housed every four kilometers along the road who tend to the short, small-leaved rose willows, sacsaoul and buckthorn and make sure they do not die. The water comes from wells, bored 100 meters deep into an aquifer which sits under the desert, which in turn is fed by the rivers that flow down from the surrounding mountains. Despite the high saline content in the water, the green belt continues to thrive.

A lone pumping station by the side of the Tarim Desert Highway. Photo by George Steinmetz

For five years the government experimented with various plants that could survive desert conditions. In 1999, a pilot project of sand protection afforestation belt along a 6.3-kilometer section of the highway was completed. In 2001, the project was expanded until a 30.8-km stretch along the highway was afforested. The project was finally approved by the state in 2003. Today, nearly four-fifth of the highway is flanked by 72 to 78 meter-wide tree belt, covering a total area of more than 3,000 hectares.

The Tarim Desert Highway has great economic significance, which is why such expensive and elaborate measures had to be adopted just to keep the highway usable. The highway was built in 1995 to service an essential north-south oil pipeline, that lies underneath the Taklamakan desert. Beneath the shifting sands contains the largest oil-gas field in China. The highway not only allows direct access to resources that lie underneath the Tarim Basin, but also allows transport of goods and resources from the Lunnan Oilfield to the south of the country rather than take a detour around the desert that would encompass hundreds of kilometers. Because the region is entirely uninhabited, a gas station and a few restaurants were built at the halfway point along the desert highway to service travellers. 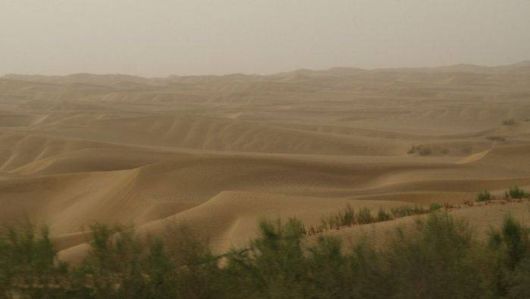 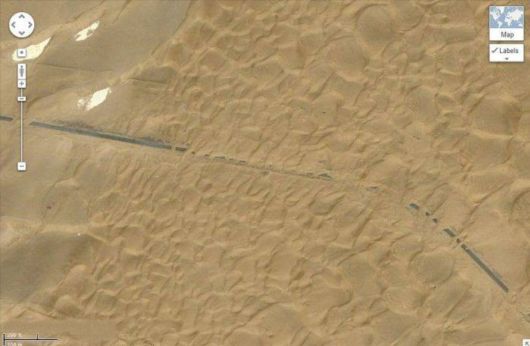 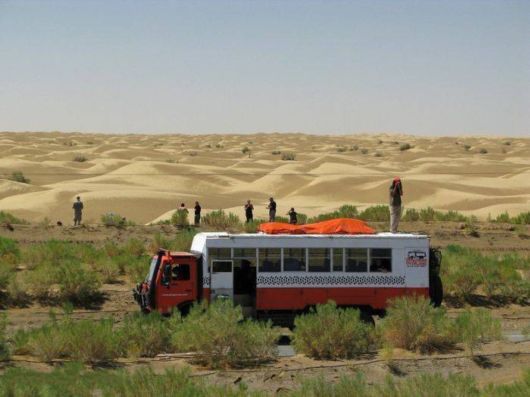 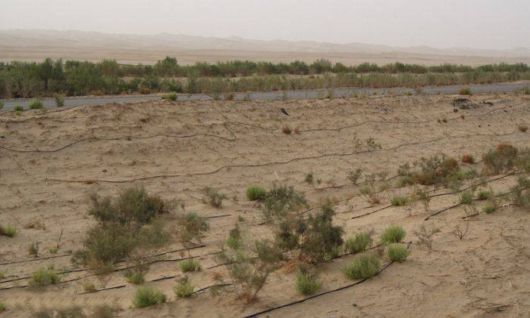