The confluence of the Rhone (Rhône) and Arve – a unique natural phenomenon that can be observed in Geneva, the second largest city in Switzerland. Arrow, where it joins the powerful streams, is a compound of two contrasting shades of mountain rivers. Water of the Rhone, which has its origin on the slopes of the Aar-Gotthard and the resulting Lake Geneva (Leman) are turquoise. For the River Arve, the source of which is in Graian Alps are more typical gray and muddy pitch; such gloomy shades caused by rapid flow, which raises the bottom of the rocks, mud and dirt. 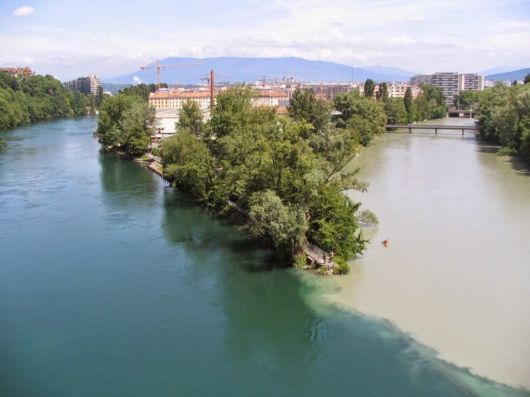 The confluence of the Rhone and the Arve is located in La Jonction, in the western part of Geneva . Watch the best arrow with a special built pier. Reach the observation deck you can walk from the bridge Sous-Terre, situated on the right bank of the Rhone. Further, in the opposite direction from Lake Geneva, move along the waterfront, along a shady alley Sentier des Saules to the confluence of streams. The distance from the bridge to the Sous-Terre arrow – about 700 meters. 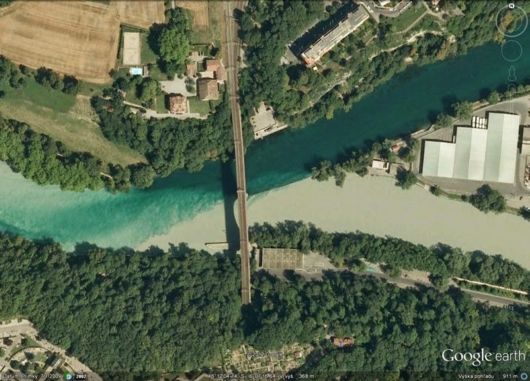 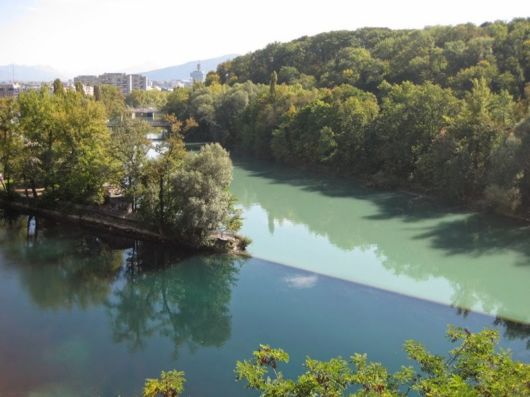 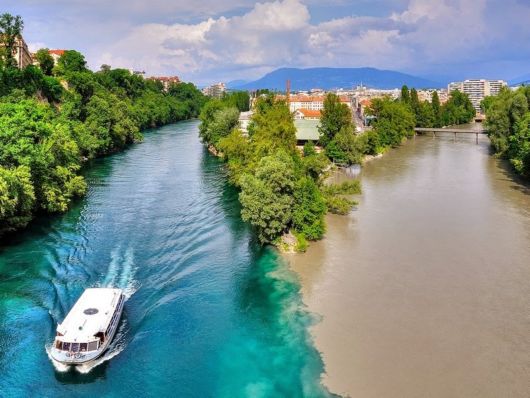 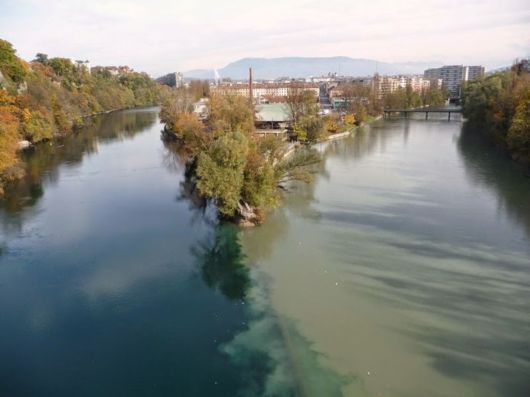 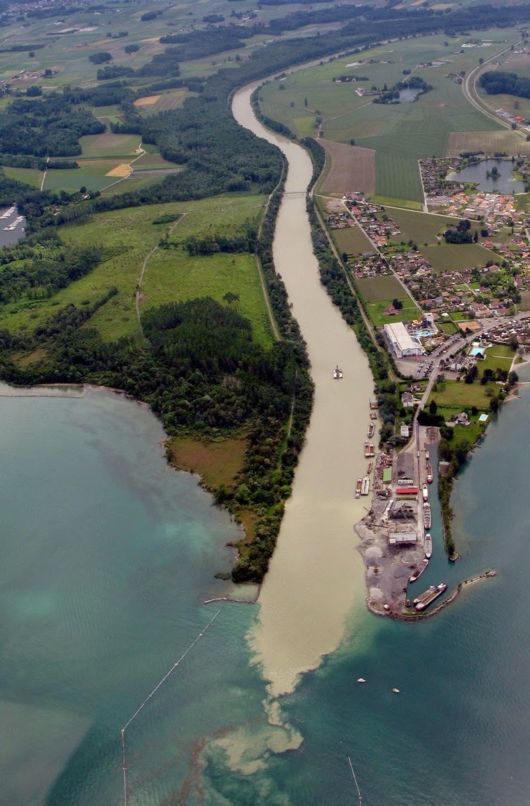 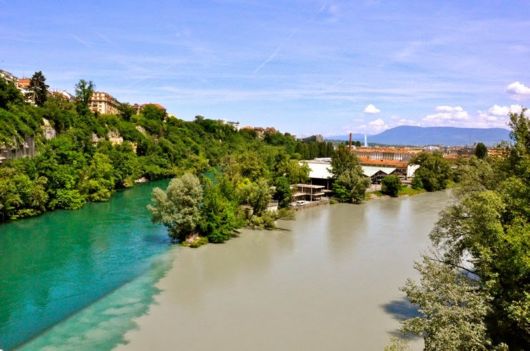 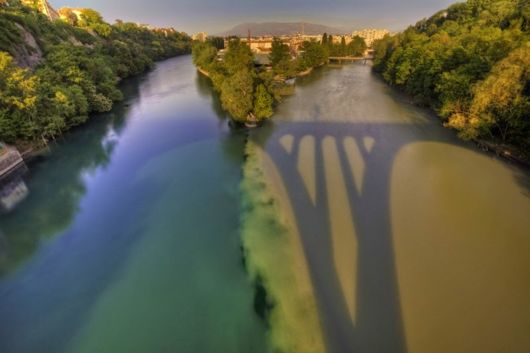 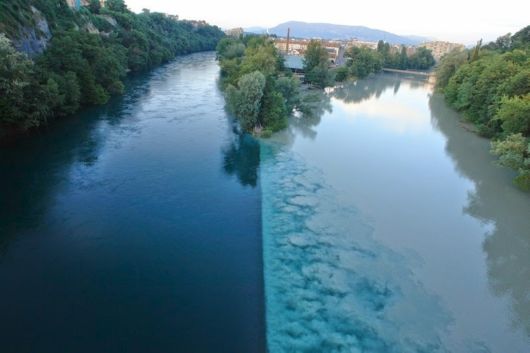 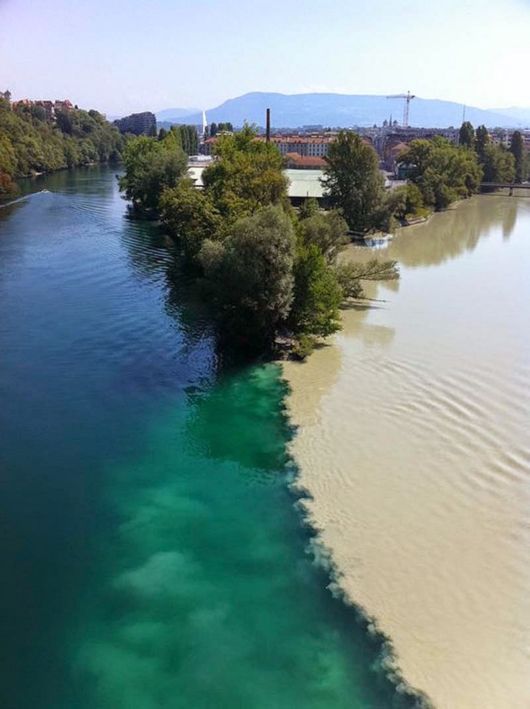