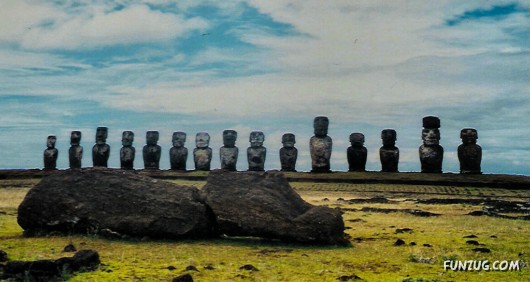 Moai are monolithic human figures carved from rock on the Polynesian island of Rapa Nui (Easter Island) between 1250 and 1500 CE. Nearly half are still at Rano Raraku, the main moai quarry, but hundreds were transported from there and set on stone platforms called Ahu around the island’s perimeter. Almost all moai have overly large heads three-fifths the size of their bodies. The moai are chiefly the ‘living faces’ (aringa ora) of deified ancestors. The statues still gazed inland across their clan lands when Europeans first visited the island, but most would be cast down during later conflicts between clans. 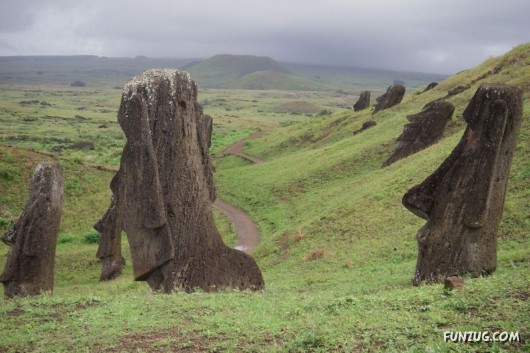 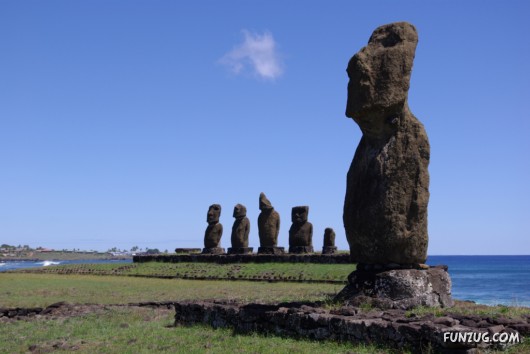 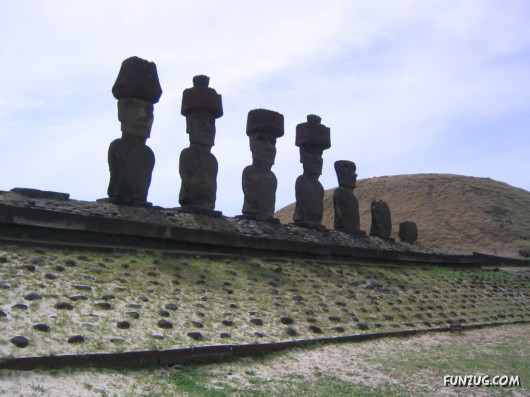 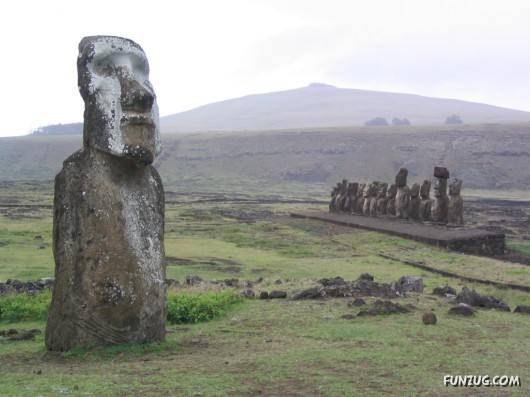 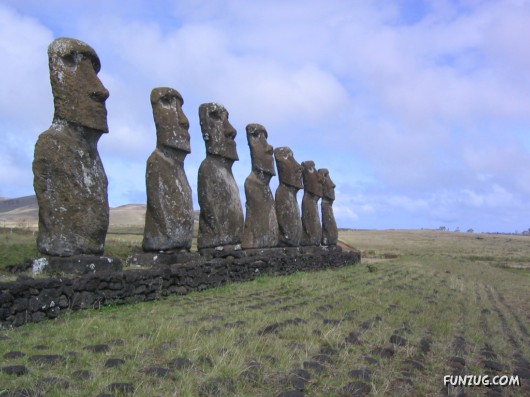 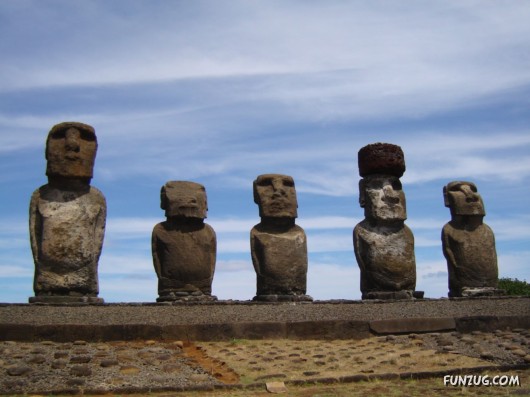 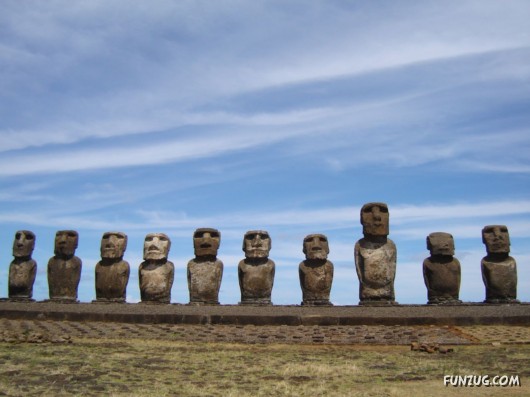 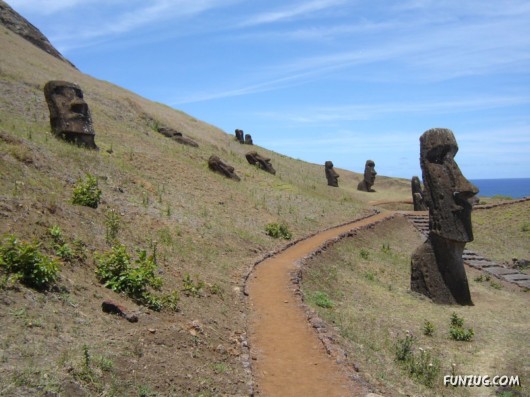