The largest in the Brazilian state of Rio Grande do Sul has its world-famous landmark in the form of street called Rua Gonçalo de Carvalho, which is located in Porto Alegre. This amazing beauty of street has an extension in the length of about 500 meters, and on both sides of it grows a huge amount of Rosewood trees, which are on the crown height of the windows of the seventh floor nearby buildings. According to some older residents, trees were planted in 1930, by employees of German origin, who worked in a brewery district. 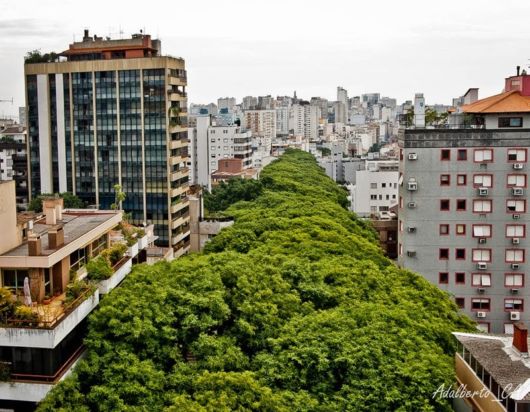 These trees reach 18-20 meters in height, the bark is reddish brown, the birthplace of this rosewood became South America. When the trees are blooming, they bloom yellow buds. In 2005, construction of a mall in the area threatened the destruction of the trees. Residents protested, and they were successful in lobbying mayor José Fogaça to declare the area a cultural site that has to be preserved. The trees on Rua Gonçalo de Carvalho create a dense shaded area. From above, it looks as if a forest has filled in between all of the neighboring buildings. Rosewood trees, also known as Tipuana, are native to South America and can grow to be upwards of 100 feet tall. Their extensive root systems can be known to damage streets, sidewalks and nearby homes, but special trenching can prevent this. 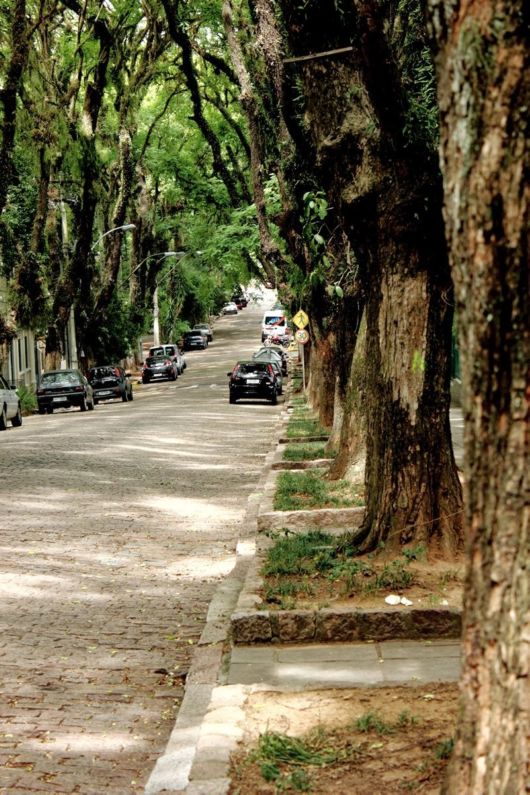 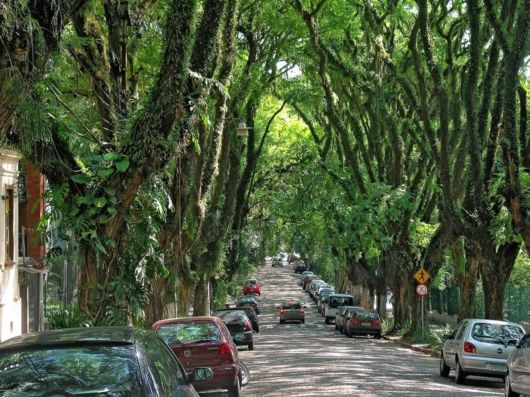 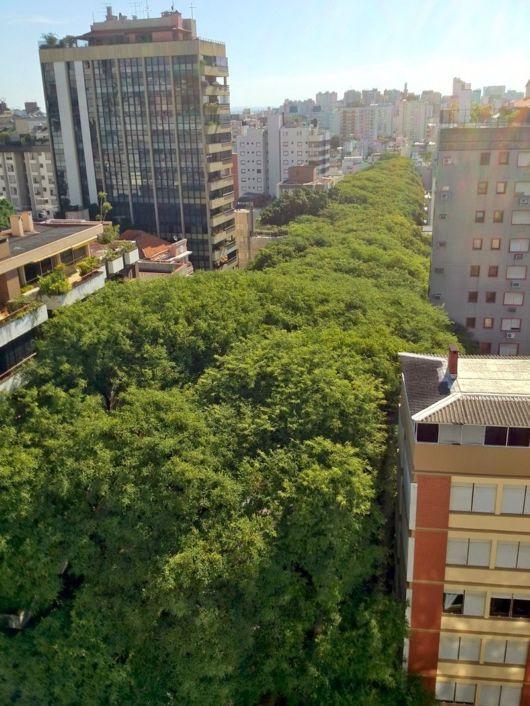 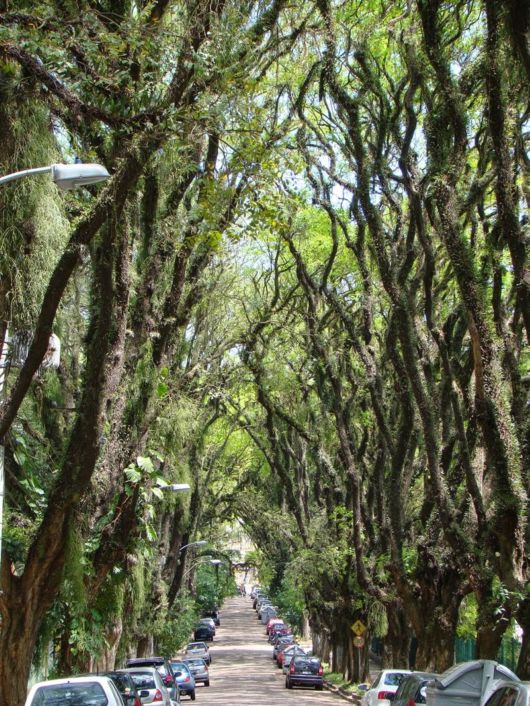 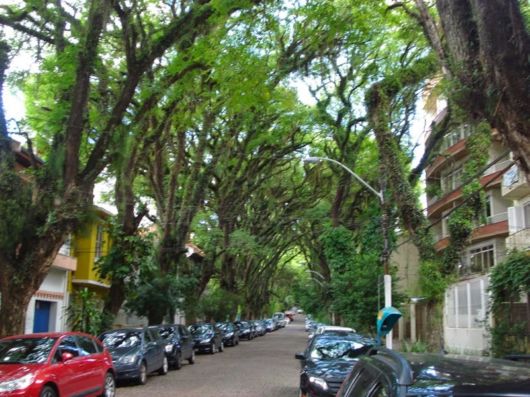 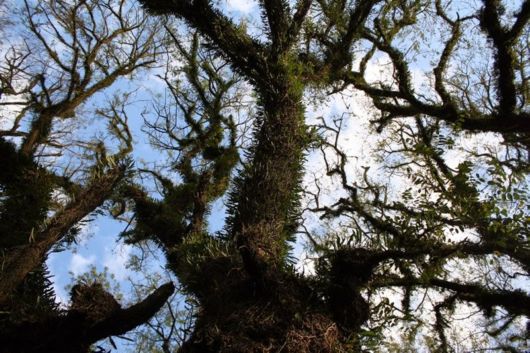 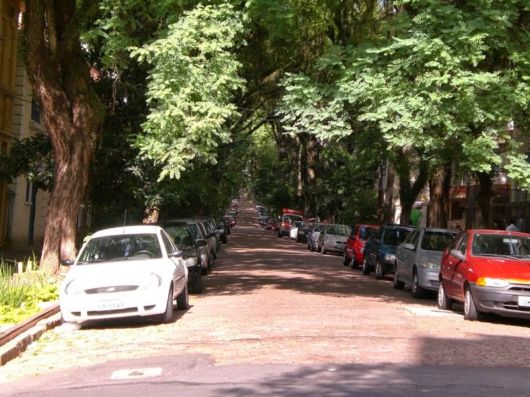 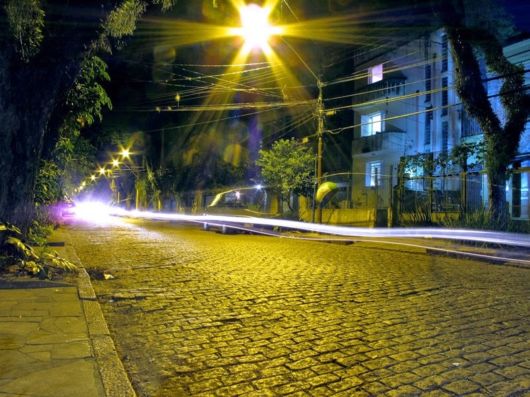 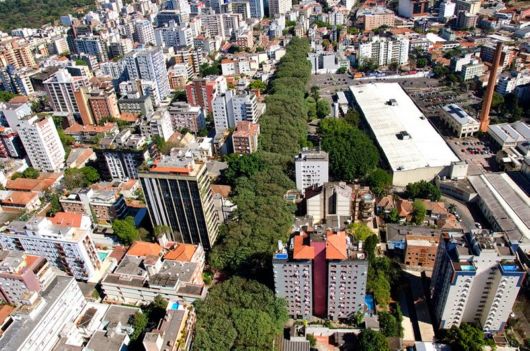 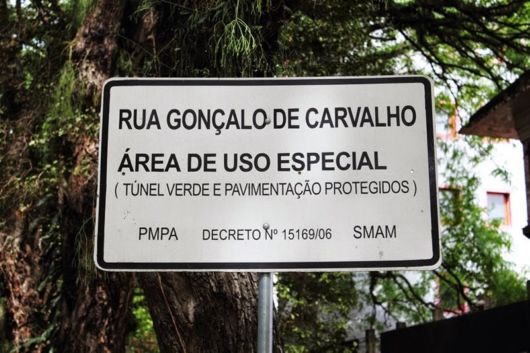