Staffa, a name for Pillar Island, is an island of the Inner Hebrides in Argyll and Bute, Scotland. The Vikings gave it this name as its columnar basalt reminded them of their houses, which were built from vertically placed tree-logs. The island is entirely of volcanic origin. It lies about 10 kilometers (6.2 mi) west of the Isle of Mull. The area is 33 hectares (0.13 sq mi). 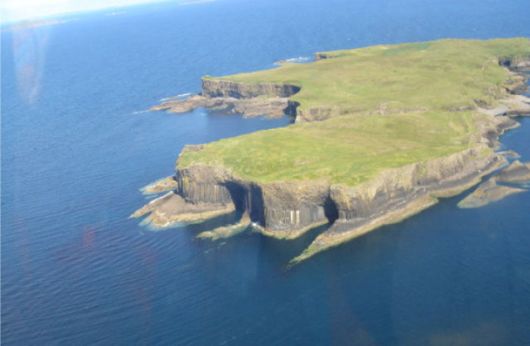 Many famous personalities visited the island after it was discovered by Sir Joseph Banks in the 18 th century. He was fascinated by the natural beauty of the basalt columns and its main sea cavern, which Banks re-named ‘Fingal’s Cave’. 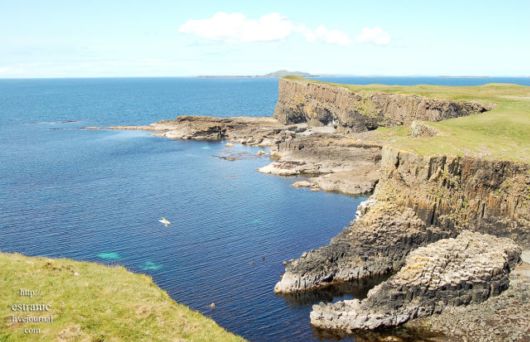 Among the prominent people who visited the island were Queen Victoria and Felix Mendelssohn, who later brought further fame to the island by writing the island very beautiful and gave a name to its main sea cavern during the 18th and 19th centuries. The island came to prominence in the late 18th century after a visit by Hebrides Overture opus 26. 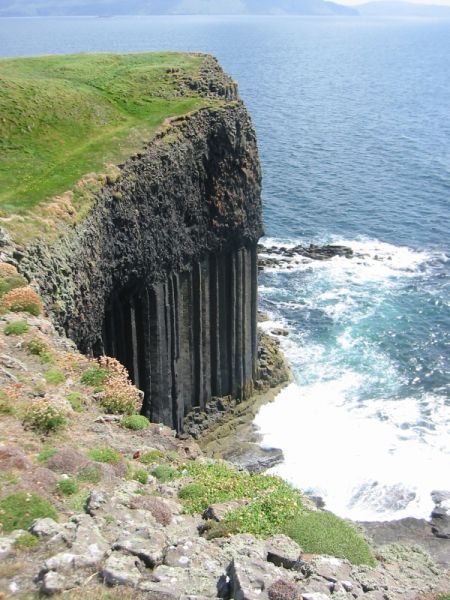 The "pillars" are columnar joints. These develop due to slow cooling of basalt. The fractures are produced as it accommodates contraction as it cools due to the internal crystal-structure of basalt. Although this all happened underground, it got exposed as everything around it eroded away. 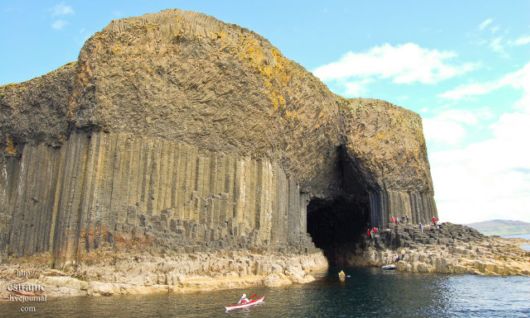 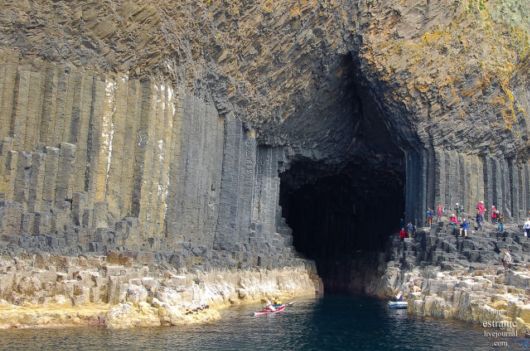 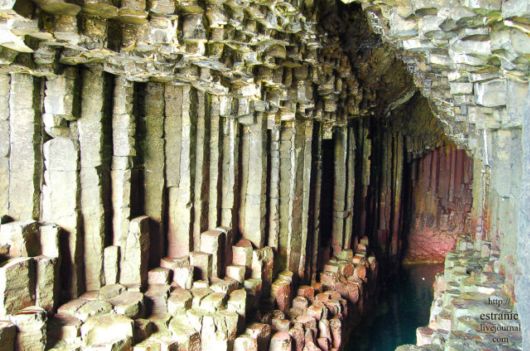 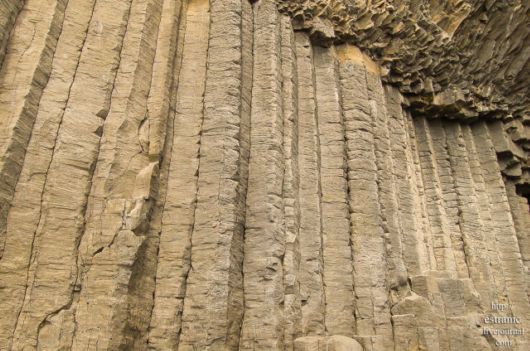 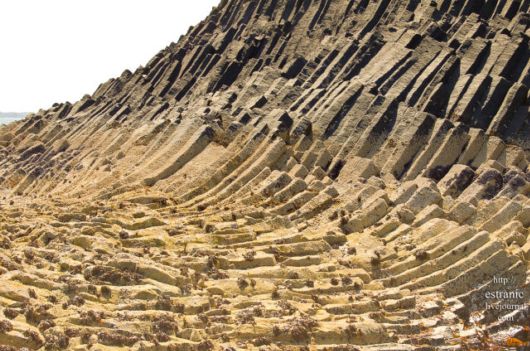 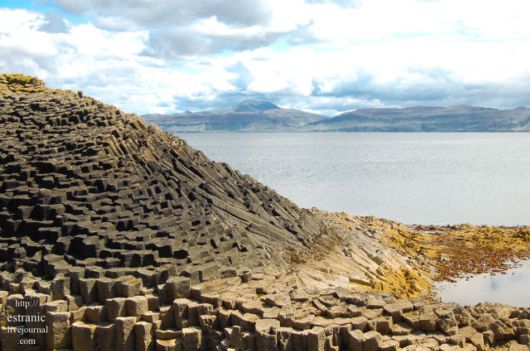 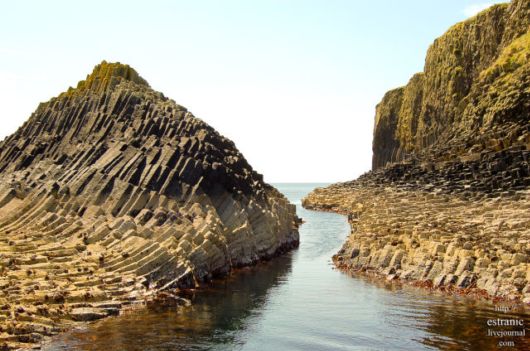 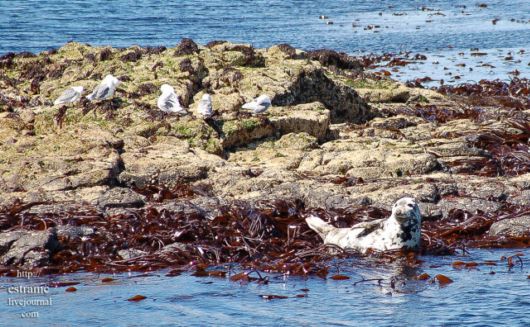 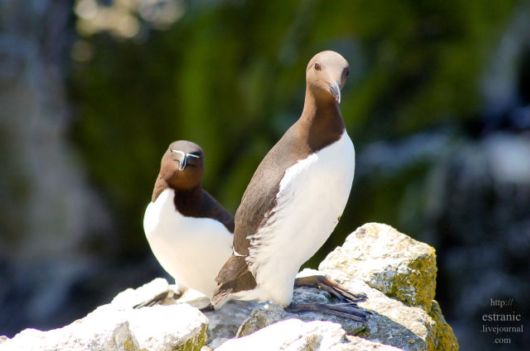 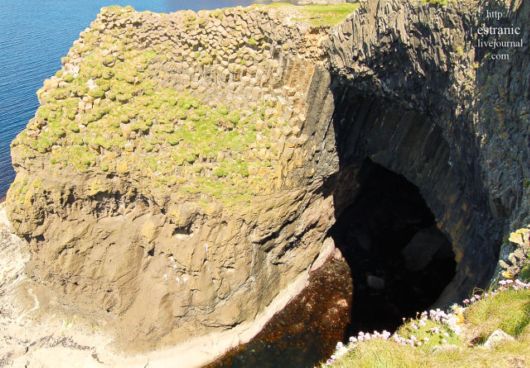 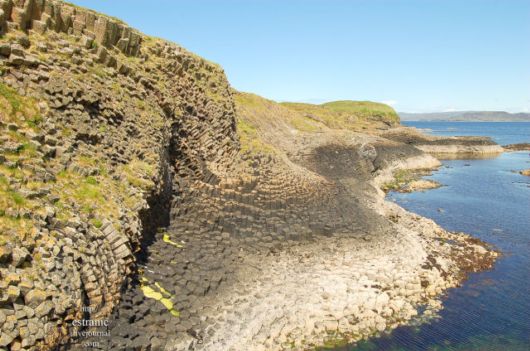 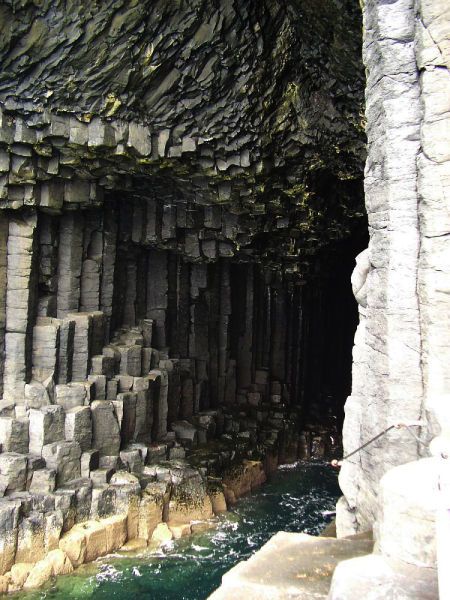