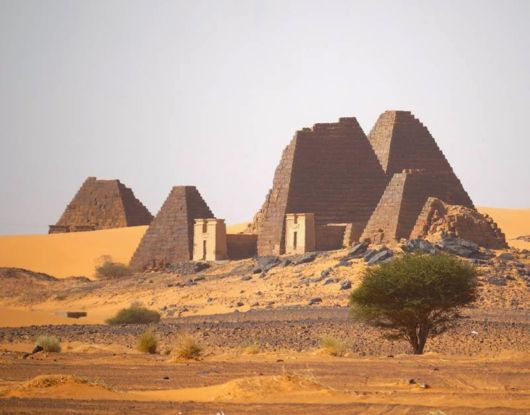 Nubian pyramids or Pyramids of Meroe, Sudan were built by the ruler of the ancient Kushite Kingdoms. North Sudan takes the Nile Valley, where the pyramids of Nubia. History of Nubia, this rivalry with the more ancient pyramids of Egypt, are located nearby. At various time in the territory of Nubia were three Kushit Kingdoms ? The oldest, Kerma, appeared in 2600 BC, which existed before 1520 BC; The second was the Kingdom of Napata (from 1000 through 300th BC) and the third, the most famous was the Meroë “300 BC to 300 AD”. Nubians have always wanted to become a better and more powerful than Egypt. This led them to the fact that the king Kashta, in 770 BC conquered most of the territory of Egypt, but it was only able to manage his son Phoraoh Pi. This period in Nubia and Egypt is called “Twenty-Fifth dynasty rule.” and it ended with the arrival of the Assyrians in 656 BC. At this time there were built the first Pyramid, and the king Kashta was the first ruler to be buried inside the pyramid for the last 800 years years with his tomb and the construction of 223 Nubian pyramids. Constitutions continued for centuries. 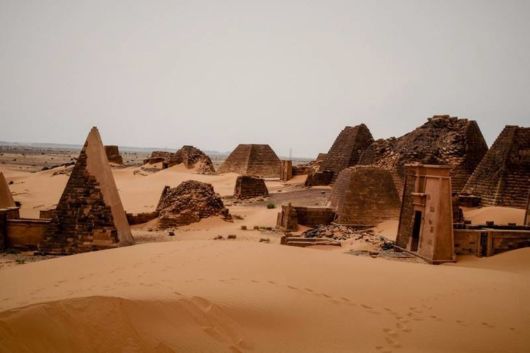 Also Kashta and his son were buried in pyramids some of there successors and fourteen queens. Pyramid in the Pharaoh Taharqa was buried – is the largest of the pyramids, of 52 square meters at the base and more than 40 meters in height. When the body was placed in a grave granite sarcophagi, some of which weighted more than 15 tones. The number of pyramids focused on the Central Sudan, Meroe. Today it is considered one of the largest archaeological sites. Here lie more than 40 kings and queens on every ward in a separate pyramids. Seeking to surpass the Egyptians, Nubians build twice as many pyramids, but ahead of them in amounts, could surpass in quality. Nubians pyramids devoid of beauty and grandeur of its predecessors: they were built in the form of steps of stone blocks, the width of which rarely exceeded eight meres. The average height of the Nubians pyramids is 20-30 meters, there are even six miters high pyramid. Fro comparison, the Egyptian pyramids of the same height had reason to five times more than the Nubian, and going up at an angle of 40 – 50 degrees, that is the Nubian pyramids, this angle is as much as 70 degrees. 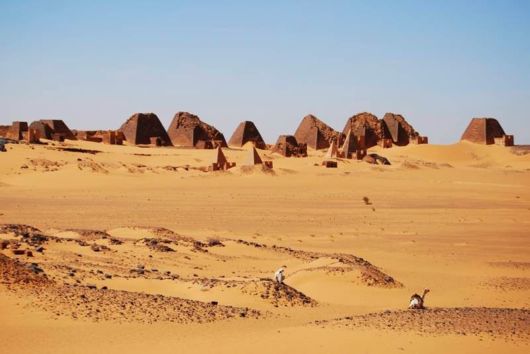 Nubain pyramids were built in the shape of the tomb, which established the top bit of the chapel, where religious rites. Wall reliefs preserved images of these ceremonies – here you can see how the mummified royal personages, as they dressed up and decorated with jewels, and then laid to eternal rest in wooden coffins. And even though they look Nubian pyramids are not see impressive, they buried more royals than their Egyptian predecessors. 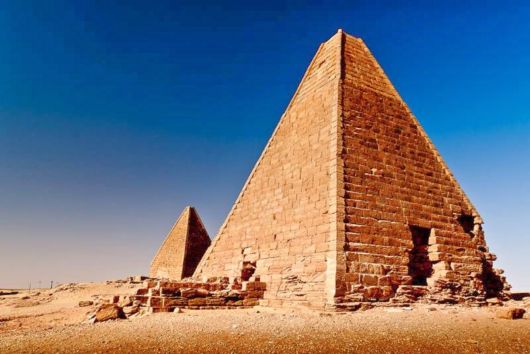 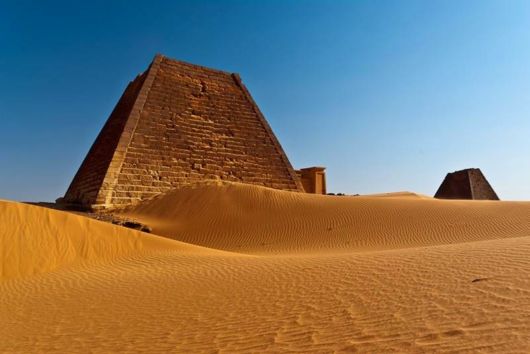 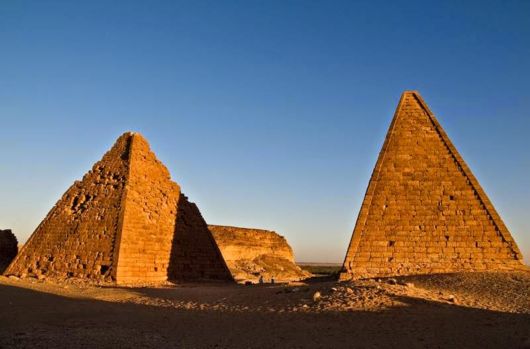 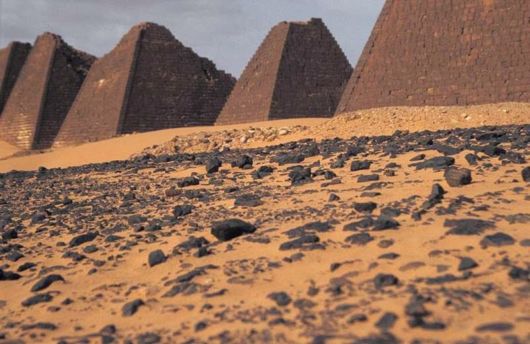 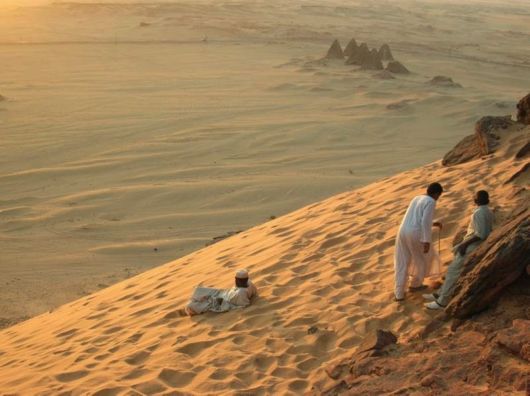 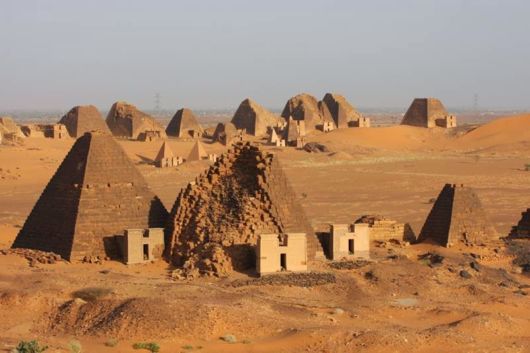 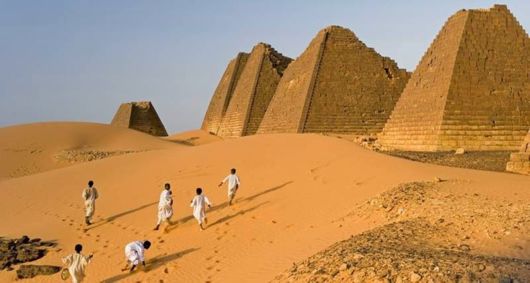 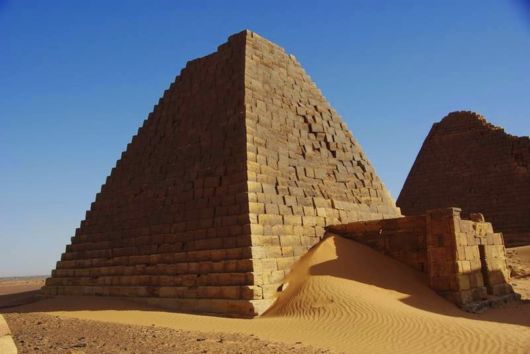 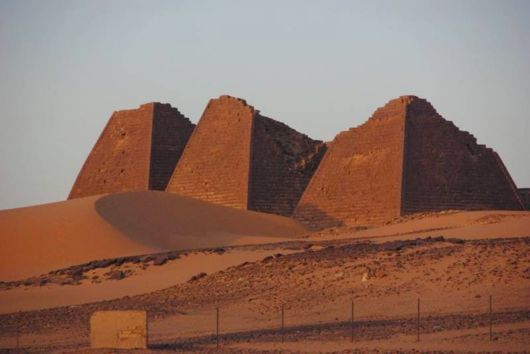