The Pamban Bridge is a cantilever bridge on the Palk Strait connects Rameswaram on Pamban Island to mainland India. It refers to both the road bridge and the cantilever railway bridge, though primarily it means the latter. It was India’s first sea bridge. It is the second longest sea bridge in India (after Bandra-Worli Sea Link) at a length of about 2.3 km. The rail bridge is for the most part, a conventional bridge resting on concrete piers, but has a double leaf bascule section midway, which can be raised to let ships and barges pass through. The railway bridge is 6,776 ft (2,065 m) and was opened for traffic in 1914. The railroad bridge is a still-functioning double-leaf bascule bridge section that can be raised to let ships pass under the bridge. 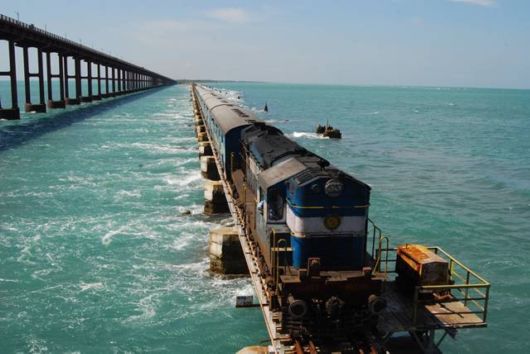 The railway bridge historically carried metre-gauge trains on it, but Indian Railways upgraded the bridge to carry broad-gauge trains in a project that finished Aug. 12, 2007. Until recently, the two leaves of the bridge were opened manually using levers by workers. About 10 ships ? cargo carriers, coast guard ships, fishing vessels and oil tankers ? pass through the bridge every month. From the elevated two-lane road bridge, adjoining islands and the parallel rail bridge below can be viewed.

After completion of bridge metre-gauge lines were laid by them from Mandapam up to Pamban Station, from here the railway lines bifurcated into two directions one towards Rameshwaram about 6.25 miles (10.06 km) up and another branch line of 15 miles (24 km) terminating at Dhanushkodi. The section was opened to traffic in 1914. 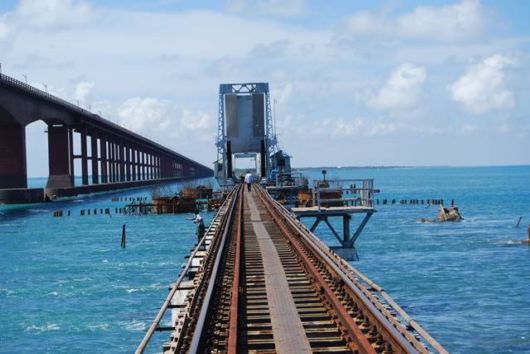 The noted boat mail ran on this track between 1915 and 1964 from Madras-Egmore up to Dhanushkodi, from where the passengers were ferried to Talaimannar in Ceylon. The metre-gauge branch line from Pamban Junction to Dhanushkodi was abandoned after it was destroyed in a cyclone in 1964.

According to Dr Narayanan, the bridge is located at the "world’s second highly corrosive environment", next to Miami, US, making the construction a challenging job. The location is also a cyclone-prone high wind velocity zone. This Bridge consist of 143 piers and the centre span is a Schrezers rolling type lift span. It’s 220 ft (67 m) long and each of 100 tonnes.

On 13 January 2013 the bridge suffered minor damages when a naval barge that went adrift close to the Pamban Rail Bridge has collided on the century old structure that’s vying for UNESCO’s heritage status.The ship that was towing a naval barge from Kolkata to a port near Mumbai first went aground hitting rocks on the January 10 following bad weather. Disaster followed as the vessel remained stuck just 50 metres away from the rail bridge. The barge that was afloat around 100 metres away hit the Pamban Rail Bridge. 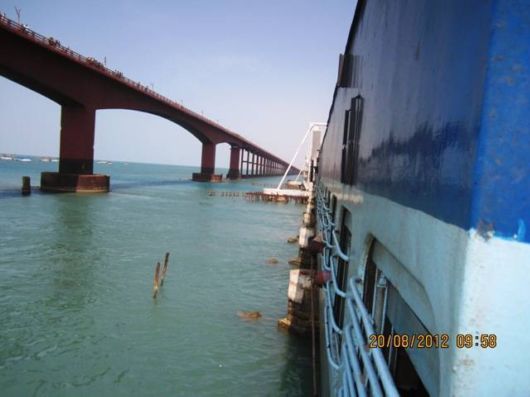 Rumours about the Bridge
There are rumours floating around regarding an incident that supposedly happened on the bridge. One version is reproduced below. This is a true story, dates back to the British rule in India. The Pamban Bridge is situated in Tamil Nadu, India. At the entrance of the bridge you can see a picture of a weeping man holding some human body parts close to his chest. This bridge was built during the British rule in India and it was constructed in such a way that the center portion of the bridge could be lifted with the help of huge wheels, so that ships could easily pass under the bridge. On the bridge, roads and rail tracks are laid for trains and other vehicles to pass… 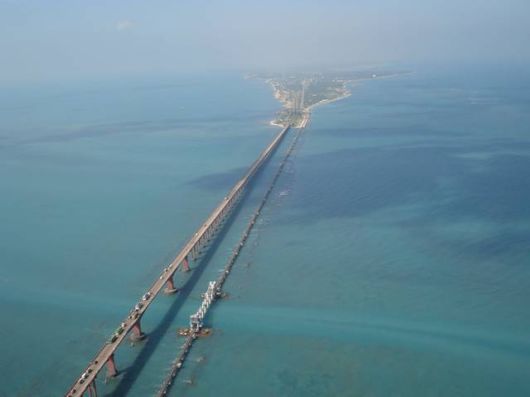 A middle aged man was appointed to roll the wheels up and down when ships arrive. Once he saw a train slowly approaching, while he was pulling back the bridge after a ship quietly passed beneath. He had to pull back quickly or else there would be a fatal accident and thousands would have died. At that time his 9 year old son came with lunch. When he saw his father struggling with the wheels, he kept the lunch box down and started helping him to roll the wheels to put the bridge back. Suddenly his son’s finger got caught inside the wheel and he started crying out. At this time if the father tries to save his son, the bridge could not be put back on time. He had no other option but to ignore his son’s cry. With all his strength he kept on rolling the wheels to down the bridge. As the wheels rolled on, his son slowly started slipping away into the huge machine. Tears rolled down his father’s cheeks, but he ignored his son’s cry. If he tried to save him, the train will surely fall into the sea and thousands of people will die. Slowly the boy’s whole body fell into the machine and his father could hear his bones breaking one by one, until with a loud sound, his head cracked. 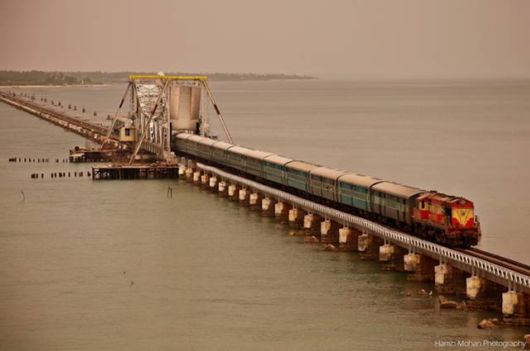 The train with thousands of passengers slowly rolled on the rails, without knowing what had happened there. Though this man performed his duty honestly he lost his only loving son. With extreme lamentation, he pulled out his son’s body parts from the machine and held it close to his chest and cried bitterly. British Government honored him greatly and in memory of this incident they placed the picture at the entrance of the bridge.

This story is highly scattered all around the internet although at various forum discussions it has been seen that the above story is false. The bridge requires twelve people, six on each side, to manually operate its moving sections. Also, there is no such picture at the entrance of the bridge. And neither is this story known to locals as fact or hearsay from previous generations. The story seems to have been entirely manufactured on the internet.

The earliest known version of the story appears as Christian propaganda, and since then the story has been spread in many Catholic schools. The propaganda attempts to draw a parallel between the father’s alleged sacrifice of his son, and the sacrifice of the Christian God in sending his son Jesus down to Earth. The propaganda itself, created in 2008, was not original, and was based off an award-winning 2003 Czech film, Most. 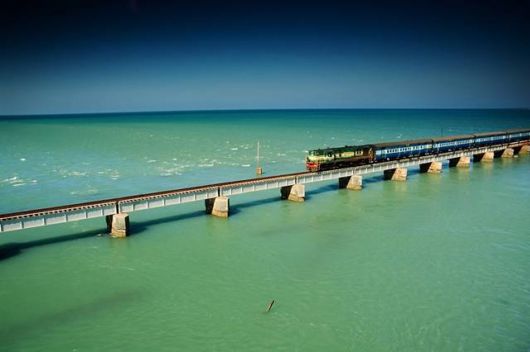 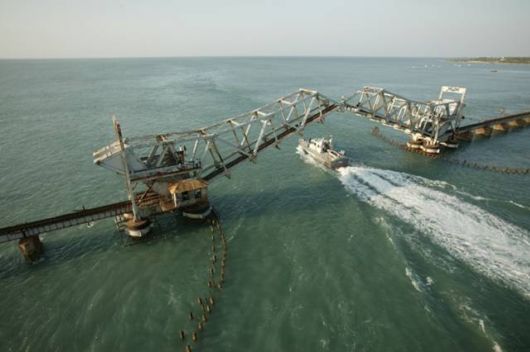 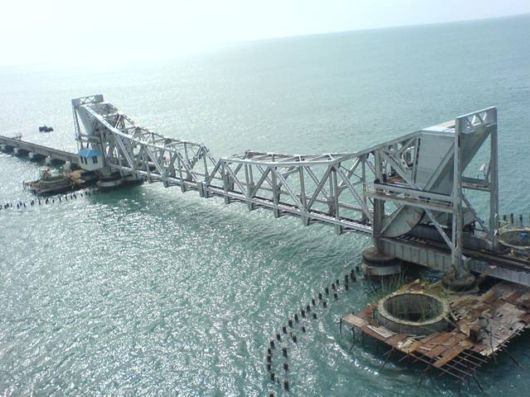 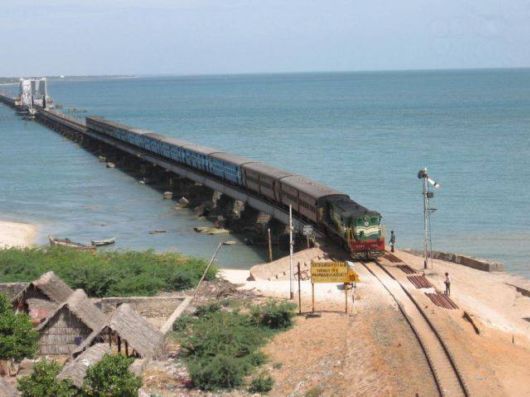